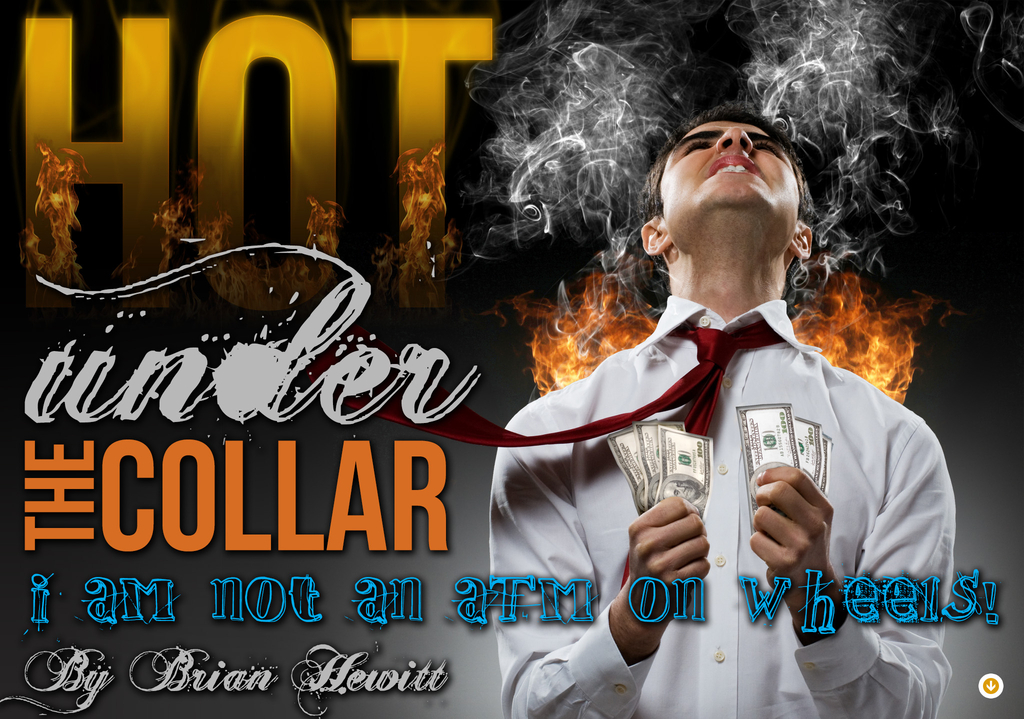 Hot Under the Collar

“To Serve and Protect,” or “To Annoy and Collect?”

It’s late on a mild April evening. The temperature and pollen are unusually high, but traffic is almost non-existent. Four stop signs, bathed in the orange glow of street lamps that badly need cleaning, keep silent watch over a suburban Atlanta intersection. A car slowly rolls up, coming almost to a stop. The driver turns his head quickly from side to side, then gently accelerates through the quiet intersection. Down the road, lights switch on as a concealed police car roars to life. A crime has been committed, and the criminal is me.

Confused? So was I.

The crime was as trivial as the words used to describe it: “slows almost to a stop.” When I was a kid, we called it a “California stop.” Though my vehicle slowed, it didn't technically come to a complete stop, for which, as some jerks I know like to tell me, I deserve a ticket. (With no sense of irony, these same jerks also run stop lights, disobey traffic signs, change lanes without signaling, speed, and are generally reckless drivers.)

I have a different opinion. While I may be guilty of a ticketable offense by the letter of the law, the simple fact is that no one was ever in danger: I didn't blast through the intersection like the stop sign wasn't there. I'd like to think that even a DMV employee would understand a stern warning was in order. But oh no, not the boy scout that pulled me over. He had money to collect.

There were no pleasantries, no, “do you know why I pulled you over?” Dudley Do-Right approached my window like I was armed, dangerous, and wanted for murder. He demanded my license, registration, and proof of insurance. With my credentials in hand, he stalked back to his gumball machine.

“So this is what it's like when they don't lube up,” I thought. But the best part of the terse exchange was the part that took place after he handed me the ticket. I couldn’t resist saying something, to see if there was a person inside the automaton before me.

“So I guess a warning was out of the question?”

No sign of life or intelligence in his response, “Not this time.” Mentally, I let out an exasperated scream that would undoubtedly have made me his date for the night, had I only given it voice.

“So I get a warning on the second offense?! Maybe cut someone off, or drive up over a curb in the process?! This is all about a quota, isn't it, you ass?!”

My internal monologue lashed out at the upright uniform outside my window. With all the self control I could muster, I calmly took the ticket, kept my big mouth shut, and drove the last few blocks home

Oh sure, I’ve heard the theory that if you crack down on petty crime, it tends to lower more serious crime. Heck, it set me straight. After all, I had been contemplating abandoning my comfortable middle class lifestyle for the glamour of crack dealing and carjacking, but that ticket set me right back on the straight and narrow.

Seriously though, I call “bullshit.”

That same night, a neighbor called the police because some Cro-Magnon was beating on his girl. Guess who responded? Not “Bozo, Savior of the Stop Sign.” Or how about the assault and carjacking that took place a few weeks later within eyeshot of said stop sign? The fine work of the “Stop Sign Superstar” wasn't much help there, either. Or what about the car that was broken into on the street level of the parking deck adjacent to the same stop sign? Who knows, maybe his presence would be a deterrent if he appeared more than once a month to stare at a stop sign for a few hours and collect his quota of bullshit tickets

I am not an ATM on wheels. It increasingly seems like law enforcement's job isn't “to serve and protect,” but “to annoy and collect.” When real crime is going down, he's nowhere to be found. But when I'm driving home, he's there with a surprise road-usage fee. And there’s no mystery as to why this self-appointed “tax collector” (and various unstopped criminals) pick this particular neighborhood – I’m sure he feels like less of a scumbag screwing the folks he assumes have some money. Many thieves rationalize their trade that way. If you hang out by stop signs waiting to issue tickets for incomplete stops, you aren’t a police officer – you’re an overpaid meter maid with a gun.

In Atlanta, a ticket is a gift that keeps on giving. First there are the “points” it puts on your license: get enough of them, and you win a seat on the bus. But more immediately, it’s a pass to a virtual DMV, via your home computer and telephone. You get a court date, with no indication of how much your actual fine is, or when you'll be able to find out (a chicken shit move, to be sure). Invariably this means spending weeks checking in with the DMV to see what you owe for the pleasure of encountering an “officer of fee collection,” without so much as the dignity of a “Now Serving” sign.

All the while, your court date draws nearer. You start getting nervous.

Why is there no sign of my ticket in their systems? Did it get lost? Will I have to show up for a court date because I can’t pay for it? Will it really be $300 like I keep hearing?

Does this sound depressingly similar to your profession, Mr. Glorified Meter Maid? Good, you’re just the person I want to talk to. I implore you to use some of the gray matter between your ears. Every day, drivers do something for which they could technically be fined. But before you switch on the lights and saunter over to the driver side door, how about reflecting for a split second: Did the driver put anyone at risk, or are you just making your quota? Did he run a stop in a busy intersection? Change lanes dangerously, or make an illegal turn? If so, then by all means, flip on the lights.

But if you’re just making another mark in your column, how about using your power of discretion to give me a warning? You can write me a ticket the second goddamn time, thank you very much. And FYI, when that police charity calls up again this year looking for a donation, I'm going to tell them I gave at the office.

Brian Hewitt is a founding member of StogieReview.com where he authors a weekly cigar review.

Reading Time: 6 minutes Churchills provide one of the best cigar smoking experiences, but unfortunately some enthusiasts shy away from them because of their price. Our Cigar Advisor takes a look at this iconic cigar shape and discovers 10 great Churchills under $10.