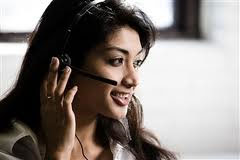 OPERATOR: Hello, Hygrometer Hotline. How may I help you?

CALLER: I just bought my first humidor for my cigars. I read the set-up instructions and took out the hygrometer so I could calibrate it using the salt test.

OPERATOR: Was it an analog hygrometer, sir?

CALLER: Yes. The final reading was 65 percent. I turned the calibration screw until it pointed to 75%. Somehow though, the needle keeps jumping back down below the reading I had after the first test. I’ve done this several times already, and I’m starting to get a little annoyed.

OPERATOR: I can understand that sir. 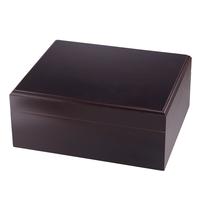 CALLER: I thought about returning the humidor, but I don’t know if it’s worth it. I was also thinking maybe I should just buy a digital hygrometer since they’re supposed to be more accurate anyway. What do you suggest? My cigars are still waiting to move into their new home.

OPERATOR: First of all, most of the analog hygrometers that come with many humidors are cheapos. You did the right thing by calibrating it, and it sounds like you did it right. I’ve also had some models “jump” in the wrong direction when turning the calibration screw. Sometimes, by the time you get the screwdriver in the back and turn the screw, the RH level has changed anyway. They’re hardly ever 100% accurate. It’s funny how some cigar smokers insist on having the hygrometer read perfectly. All I can add to that is, ain’t gonna happen.

CALLER: What about the digital models?

OPERATOR: They are much more accurate overall, but even they don’t always tell the truth.

CALLER: Is it true that there are digital hygrometers that can be calibrated? 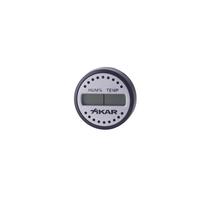 OPERATOR: Yes, in a way. XiKAR makes a self-calibrating digital hygrometer, and Quality Imports has a similar model called the HygroSet. They’re not really adjustable like turning

a screw on the back of an analog model to the correct number. All they do is reset themselves to 75%, which is what your analog unit would have read after the salt test, had it been accurate from the start.

CALLER: So what good is that?

OPERATOR: Well, one advantage to having a digital hygrometer is that it will also display the temperature, which also plays a big part in the health of your cigars. There’s a relationship between temperature and humidity you need to be aware of.

CALLER: And that is?

OPERATOR: Ideally, you want the temperature to range between 65 and 70 degrees, while keeping the RH, or relative humidity, at about 67% average. Since cigars are hydroscopic, meaning they absorb and discharge moisture, you want to keep a nice ebb-and-flow going so that the moisture content in the humidor stays as balanced as possible.

CALLER: Then what do you recommend I do? 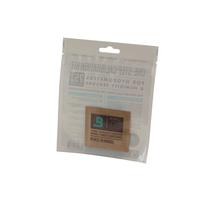 OPERATOR: I would buy a self-calibrating digital model, but I would add one other item to your order -a Boveda Calibration Kit.

OPERATOR: It’s a better way to calibrate hygrometers and a lot cleaner, too. Basically, it’s an airtight pouch with a small Boveda humidity pack that puts out 75.5% relative humidity, and can be used for analog and digital hygrometers. When your order arrives, follow the instructions and note the final reading on your hygrometer. If it’s off by a lot, you can reset the digital model and try again to see if it’s more accurate on the second go-round. At that point, however, whatever the unit reads is what it is. If it reads somewhere around 72%, that’s not bad. Then you know that the unit is off by three. Make a note of it, put your cigars in their new home and forget about it. The next time you take a reading, if the hygrometer reads 66%, then you’ll know it’s really 63% and maybe you need to recharge your humidifier.

OPERATOR: It is. You can make yourself crazy trying to make a hygrometer to meet the ideal settings. It’s not worth it. Besides, once you’ve become more experienced at smoking cigars, you’ll know almost immediately if a cigar is properly humidified or not. A series of gentle pinches along the length of several of your cigars will often tell you more about the conditions in your humidor than the hygrometer. Whether you have an analog or digital hygrometer really doesn’t make a whole lot of difference in the big scheme of things.

Read More
Cigar Ratings & Reviews
Does it takes a rocket scientist to make a top cigar? In the case of Fratello cigars, yes: former NASA engineer Omar de Frias grew up in the DR - and ever since his first Fratello arrived on Earth, he's been winning the ratings race. See the Advisors' Fratello cigar review, and if they say it's out of this world, too.
Read More