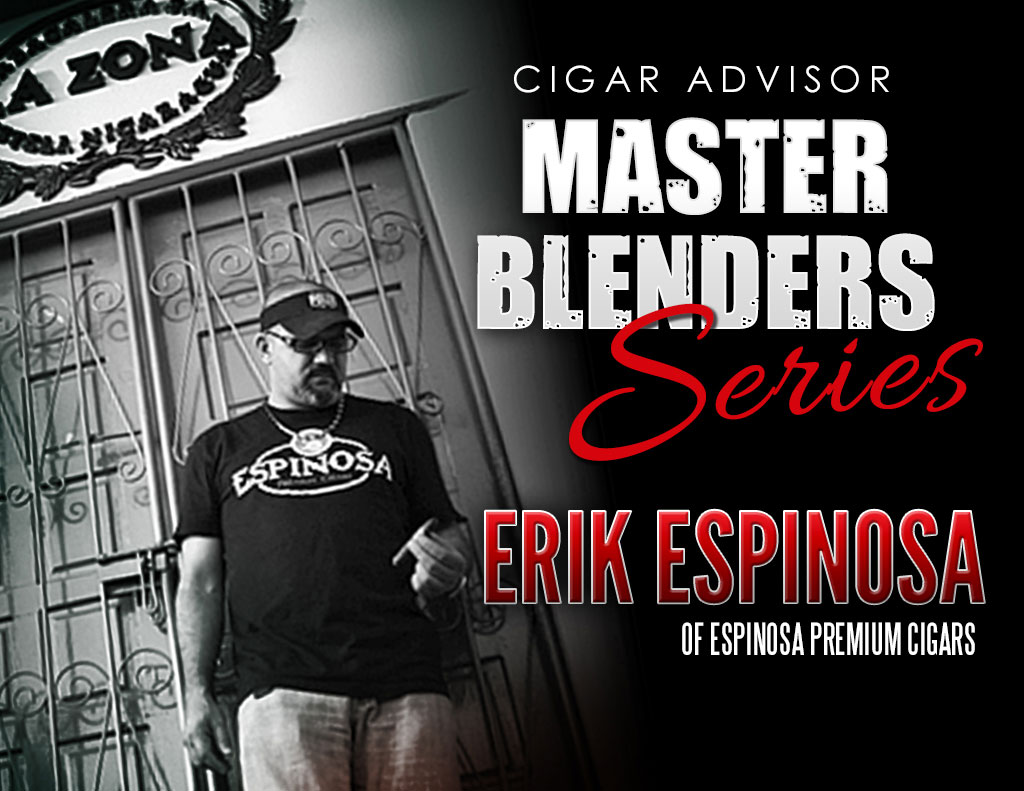 Erik Espinosa is one of the “young guns” of the cigar industry who’s worked in practically every facet of the business, from selling cigars behind a counter, right up to owning his own rolling factory in Nicaragua. For this podcast, CigarAdvisor.com executive editor, Gary Korb joins Erik in “the zone” for a look back at his early successes with E/O Brands, as well as his more recent La Zona cigar factory releases, among which include the 601 Steel, his 93-rated Laranja cigars, and much more. To listen to the podcast, click below – and feel free to share it.

Why is Erik Espinosa smiling? That’s the smile of success. You’d be smiling, too, if one of your cigars received an “Outstanding” score from Cigar Aficionado magazine, who featured Erik’s 93-rated Laranja Reserva Toro (6″ x 52) in their October, 2015 issue. Then again, Erik is no stranger to success. Since he entered the cigar business in 1997, Erik’s worked in almost every facet of the cigar industry with an amazing track record to boot. His résumé lists some of the most innovative full-flavored blends ever created, like the 601, 601 La Bomba, and Murciélago lines, to name but a few.

When he founded Espinosa Cigars and opened his La Zona cigar factory in 2012, Erik already had a huge built-in fan base, and he did not disappoint. Starting with his debut line, Espinosa Habano cigars, to his value-priced La Zona selection, to the 601 Steel (made exclusively for Famous Smoke Shop), right up to the aforementioned Laranja Reserva edition, his cigars have received some of the highest awards and accolades from the media and cigar smokers alike.

Like many of his peers, Erik was born in Havana, Cuba and inherited his passion for cigars from his father, Erik Sr. Since the family moved to Miami, Florida when he was only three months old, Erik grew up among Miami’s distinguished cigar culture. Whether it was working the counter at a local retail cigar store, or helping out at one of his Dad’s cigar events, these experiences helped prepare him for a career that would later include working for such leading cigar companies as Alec Bradley, Gurkha, Rocky Patel, and Drew Estate. Today, La Zona serves as Erik’s “lab” where he can apply his keen sense of blending expertise toward creating new cigars in what Cubans call, “a mi manera,” “in his own way.”

To learn more about Espinosa Cigars, Erik’s career and what he’s been up to lately, listen to this podcast with CigarAdvisor.com’s executive editor, Gary Korb: