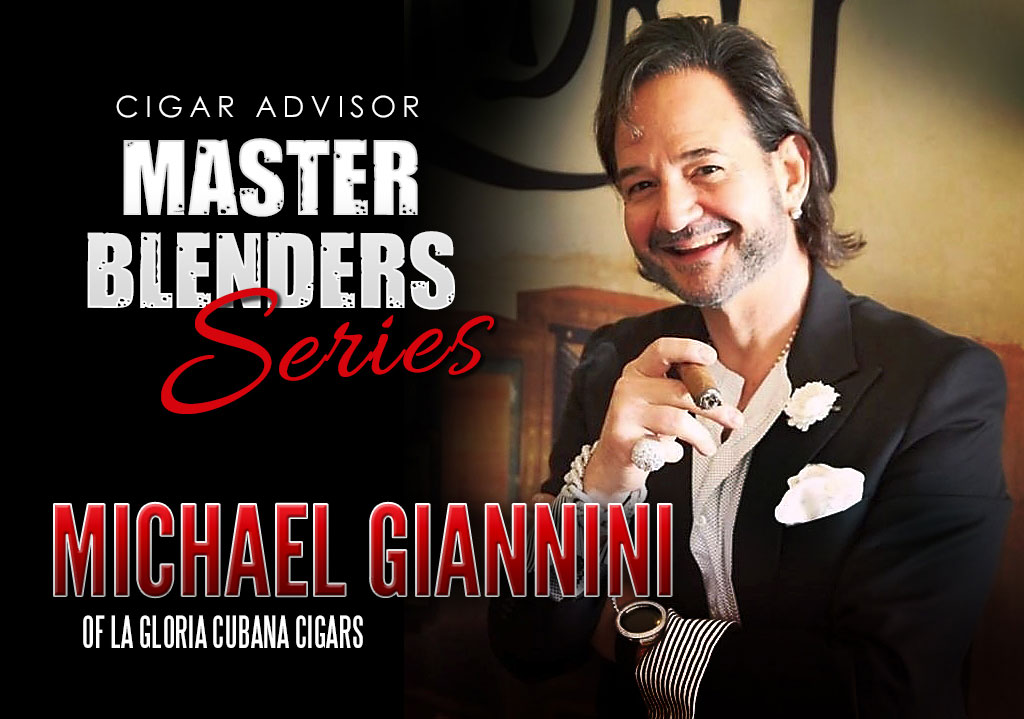 An Interview with Michael Giannini of La Gloria Cubana: Creative Director and Director of Innovations for General Cigar

Known for his unique sense of style, charismatic personality, and rarely seen without a cigar, Michael Giannini approaches his positions as Creative Director and Director of Innovations for General Cigar Company with a unique brand of passion. Under this dual role, Michael is responsible for driving new product development and packaging for the General Cigar portfolio.

Born and raised in Philadelphia, Michael’s pre-cigar industry career was spent in the culinary arts as a chef. Working with food on a daily basis is what he says helped him develop his palate for different flavors. His tenure in the cigar business spans more than 35 years, 16 of which have been spent driving the vision and direction of such critically-acclaimed brands as La Gloria Cubana, La Gloria Cubana Serie R, La Gloria Serie R Estelí, La Gloria Serie R Black, and El Rico Habano. Michael is also the creator of Foundry Tobacco Company, General Cigar’s innovation platform, which takes an eclectic, “outside the box” approach to the traditional conventions of the premium cigar world.

By collaborating with the key players from General Cigar’s factories in the Dominican Republic, Honduras, and Nicaragua, Michael has used his creative skills to develop innovative new blends and packaging like a boutique cigar company, with the added ability to tap into the greater resources of General Cigar.

Michael’s most at home when meeting fans of La Gloria Cubana cigars and Foundry at retail cigar store events, where he gets to unveil the innovative new products he’s been working on. His wit, charm, and love for the premium cigar business is virtually infectious, as evidenced by the vast numbers of people who attend his events and enjoy smoking the cigars he’s helped to create.