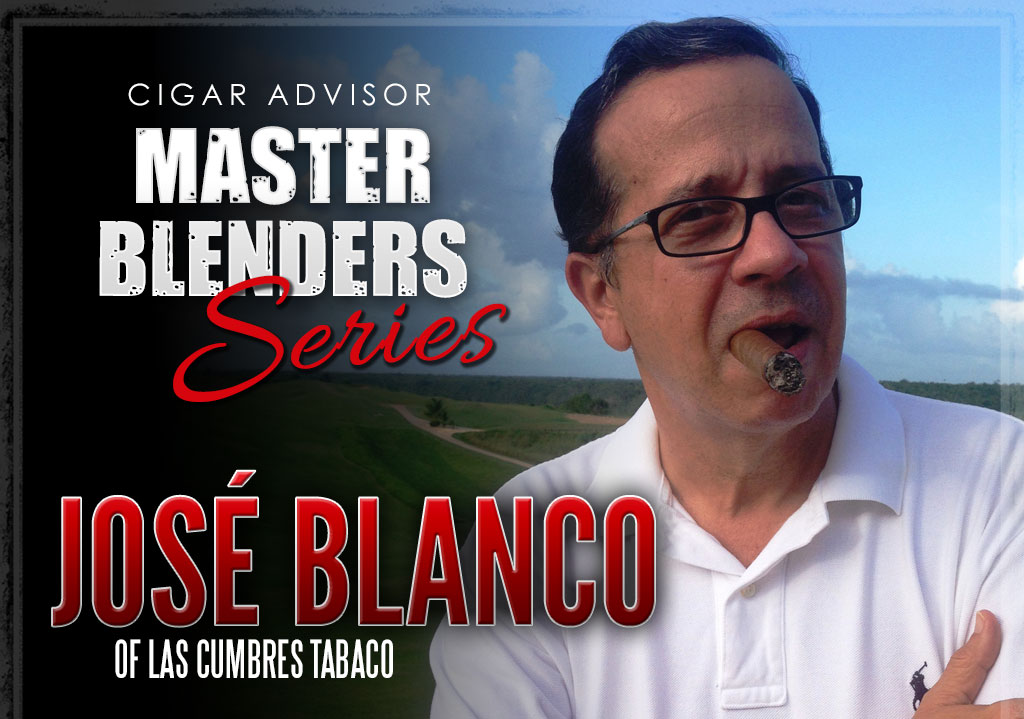 In this edition of Master Blenders: José Blanco discusses what it’s like to be in the cigar business, some of the premium cigars he’s created, the ongoing battle with the FDA, Cuban cigars, and more.

The premium tobacco and cigar business, like most industries, has its share of highly respected personalities. In many cases, it’s the brand name of the cigar. Mention people like Carlito Fuente, Nick Perdomo Jr., Rocky Patel, or Jorge Padrón, and the image of the cigar instantly appears in your mind. Then there are people like José Blanco, who’ve built their reputation “outside the box,” so to speak, based on their extraordinary knowledge of tobacco growing, blending cigars, or their many years of experience as a company executive. In José’s case, it’s all of the above, and he has a number of now classic premium cigars to show for it. Among them are the La Aurora 1495 series, La Aurora Cien Años series, Cuenca y Blanco cigars, and most recently, Señorial cigars.

Unlike many cigar makers who are of Cuban descent, José is of Dominican descent. His father and great-grandfather grew tobacco in Tamboril, Santiago, and like some of his Cuban peers whose families suffered at the hands of Fidel Castro, José’s family suffered under the despotic rule of Rafael “El Jefe” Trujillo in the D.R.

José Blanco was born in New York City, and eventually moved to the Dominican Republic where, at age 16, he smoked his first cigar and began working with his uncle, Arnaldo Blanco, at Tabacalera Palma. This is the same factory, now run by his cousin, Jochi Blanco, where José’s Señorial cigars are made today.

José’s business career began at La Empreza Leon Jimenes, where he sold Dominican-made Marlboro cigarettes, and Presidente Beer. Leon Jimenes also owned Tabacalera La Aurora, and José’s knowledge of tobacco and cigars landed him a seat on the company’s tasting panel. By 1999 he was working solely for La Aurora Cigars and eventually became the company’s Sales Director while also working on their premium cigar blends.

After retiring from La Aurora in 2011, José joined Joya de Nicaragua cigars. During his two-year tenure as Sr. Vice President, he worked with JDN President, Dr. Alejandro Cuenca, which resulted in the release of the critically-acclaimed Cuenca y Blanco cigar series.

In 2014, José founded Las Cumbres Tabaco with his wife, Emma Viktorsson, a knowledgeable and highly-respected tabaquero in her own rite, and the creator of Freyja cigars.

In addition to his Las Cumbres responsibilities, José continues to do his blending seminars at retail cigar stores across the country at which the participants learn about blending cigars and the different varieties of cigar wrapper tobaccos in an interactive, hands-on setting.