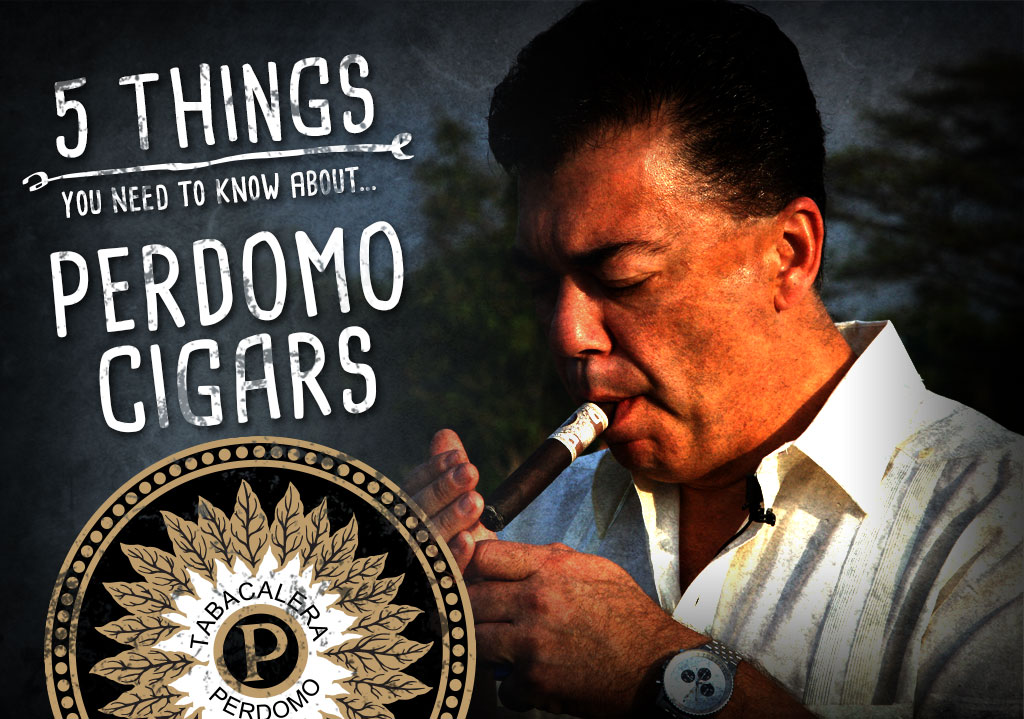 Perdomo Cigars – a company that’s come a very long way to become the smoky success we all know and love. The family’s roots are deep in cigar making and growing tobacco and there’s truly not a more dedicated man in the business than Nick Perdomo Jr, himself.

One of the things that Perdomo fans enjoy so much about Nick is his outward love for the people who smoke his cigars. I’ve personally stood next to the guy at cigar shop events for hours on end as he meets, greets, kisses babies, poses for pictures and talks cigars ‘til the lights go out. He genuinely loves the fans and the loyalty he’s built for his brand is immeasurable.

When you take a look at the number of successful lines that the company has, one can only imagine the amount of work and dedication it takes to keep up the consistency needed to make these tasty smokes time and time again. Some of the top sellers include the 20th Anniversary, Champagne, Craft Series, Grand Cru, Perdomo Habano, Cuban Parejo, Double Aged, Lot 23, Small Batch, Edicion De Silva, and the Fresco to name a few.

So, while you think you might know a bit about the great Perdomo Jr and his business, I’ve come up with five, count ‘em FIVE things I bet that you did not know about Perdomo Cigars…ready for the challenge? Here they are:

Now, I honestly didn’t know this and I’m sure most of you didn’t either. I thought that some lines were aged this way, but I was told straight from the proverbial horse’s mouth that on every premium in the Perdomo cigars lineup, the wrapper leaves are aged in bourbon barrels anywhere from six to ten to fourteen months. This type of aging has great impact on the gorgeous color of the leaf, texture, sweet aroma and of course the unique and delicious flavor. This is the kind of thing that greatly sets Perdomo apart in an industry filled with a lot of offerings.

Basically what this means is that every part of the cigar making process (from seed to box) is done and created by the people at Perdomo. They plant the seeds and grow and process the tobacco, age it, roll the sticks and make the boxes. Nick told me that they even mix their own paints and do all the silk screening on the cedar boxes. It is complete quality control at Perdomo and a real testament to the dedication the company has on assuring that they deliver an exceptional product to cigar lovers across the world.

Number 3: Nick Perdomo is the Kevin Bacon of Cigars 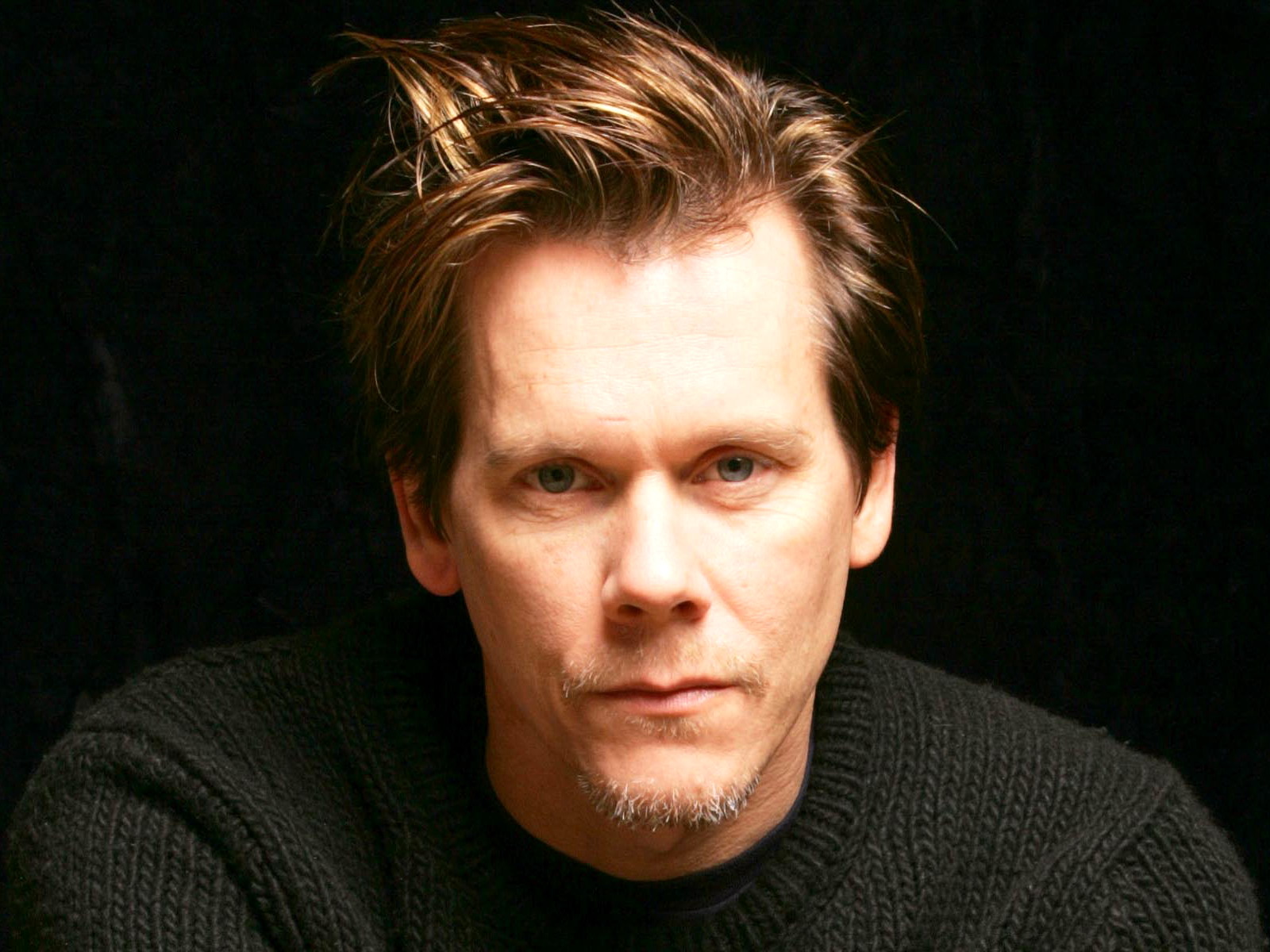 Say what? That’s what Perdomo vice-president Arthur Kemper said that they call Nick, as he chuckled aloud. If you’re familiar with the six degrees to Kevin Bacon theory, Arthur claims you can tie so many people in the cigar industry back to Nick. He helped Jonathan Drew out and made cigars for JD back in his early days. He helped Raphael Nodal, (no, not the tennis player for the thousandth damned time) break into the cigar industry. And he also helped CAO early on grow ten times their size. Nick claims his dad always told him, “God will bless you if you help people out.” Sure looks like the guy has been blessed.

Number 4: Why the Perdomo Special Craft Series was created.

It’s simple: Arthur Kemper is a beer fanatic. On a trip to Germany, the guys were enjoying some amazing Bavarian brews when Arthur said to Nick, “Wouldn’t it be great if there were cigars made to pair perfectly with a particular style of beer?” As Mr. P raised an interested eyebrow, fireworks proceeded to go off in Mr. K’s brain as he vowed to look into the pairing possibility. They met with a great number of craft beer makers, torturing themselves while imbibing ‘til their heads fell off. Then they chose tobacco, made up a series of blends and tested them with beer and cigar lovers. 28 months later, yeah wow, 28 months later the Perdomo Craft Series was born.

Number 5: The Perdomo Factory Tour Series wasn’t created to be that.

The Perdomo Factory tour in Esteli, Nicaragua is an amazing experience for those who love the aged leaf. You’re going to learn everything you need to know about the manufacturing of cigars and I assure you from personal experience, it will resonate with your soul for years on end. One of the things they do is, they present you with a three-pack of un-banded cigars to smoke, a sampler to enjoy for making the trip down to Central America.

But a funny and unexpected thing was happening for quite some time – people loved these giveaways so much, they would constantly ask where they could buy them. But, they weren’t for sale… they were the freebies you got for your personal enjoyment. Well, after enough hounding, tour after tour, Nick decided to make these incredibly flavorful blends so cigar lovers could purchase them for their enjoyment anytime. And thus, the Perdomo Factory Tour Series was born.

Well, there you go, a nice mix of little known facts about Perdomo cigars. Look forward to more upcoming facts you didn’t know about other cigar makers as I continue to force myself into smoking their tasty blends, all because that’s what I do – it’s my job. I do it all for you guys and I hope you appreciate my hard work and tireless dedication.

perdomo might have the tastiest maduro leaf in the buisness.

The 10th Anniversary Champagne is a work of art

I watched the Perdomo factory tour DVD set that I picked up at their booth at CigarFest 2013. What an amazing process. I also met Nick and got him to sign my hat (unfortunately another brand!). I’m really stuck on the 20th Anniversary blend! Great article about some super cigars!

I’ve literally never smoked a dud cigar by Perdomo. Gotta be the most consistent maker in the biz, and the quality for the price is unreal.

I think I’ve tried the full complement of Perdomo cigars. Never a bad one. Huge fan of Nick Perdomo and all of his sticks.

Yes truly a great Cigar Name in the Industry , have enjoyed many hours of smoking this produkt

Nick Perdomo is an outstanding leader and innovator in the premium cigar industry. His personal passion for producing excellent cigars is evidenced by the final product enjoyed by the consumer. Thank you Nick!

A great and well-deserved article on Perdomo and the whole family, Nick Perdomo III, Janine Perdomo, Billy Perdomo and all the extended family, keep up the great work, you’re legendary! Best wishes, James With … ~ <3 WITH LOVE <3 ~

Never had a bad PERDOMO..

Awesome Tommy, more great information to better understand the passion behind the pleasure.

You know I revere the hard work you put into your job. You Z Man are the Perdomo of purveyors. Most don’t realize the untold hours you spend to learn,grade,rate and research every cigar offered at Famous Cigar Company.
People joke how you got it made as a job. I’d they only followed you for a couple of years they would get it.
So thanks again Tommy for all you do.

Tommy, for many years, I could not name a favorite cigar, or a favorite brand of cigars. There are just too many that I enjoy. But I thought about it, and not long ago I professed that I had finally decided that I could honestly say that I have probably enjoyed more Perdomo lines of cigars than any other single brand. And there is certainly no question about it now that Perdomo is my favorite brand of cigar.

Z,
I must say that’s a great white up on Perdomo. Although I usually like most everything you say. Keep it up buddy

A great article on a great cigar company!

Great article and great cigars!!! Thanks Zman! And thanks to Nick Perdomo for creating a tremendous business and line of cigars!!!

Thanks for the info, love Perdomo cigars! Hope to visit their headquarters in the future.

Reading Time: 6 minutes The Bolivar cigar brand may conjure up images of the golden age of Cuban cigars. But there’s another Bolivar, Bolivar Cofradia, blended in Honduras by the late Estélo Padrón. Here is our review of the Churchill, along with all the surprises this big boy had for the Panel…