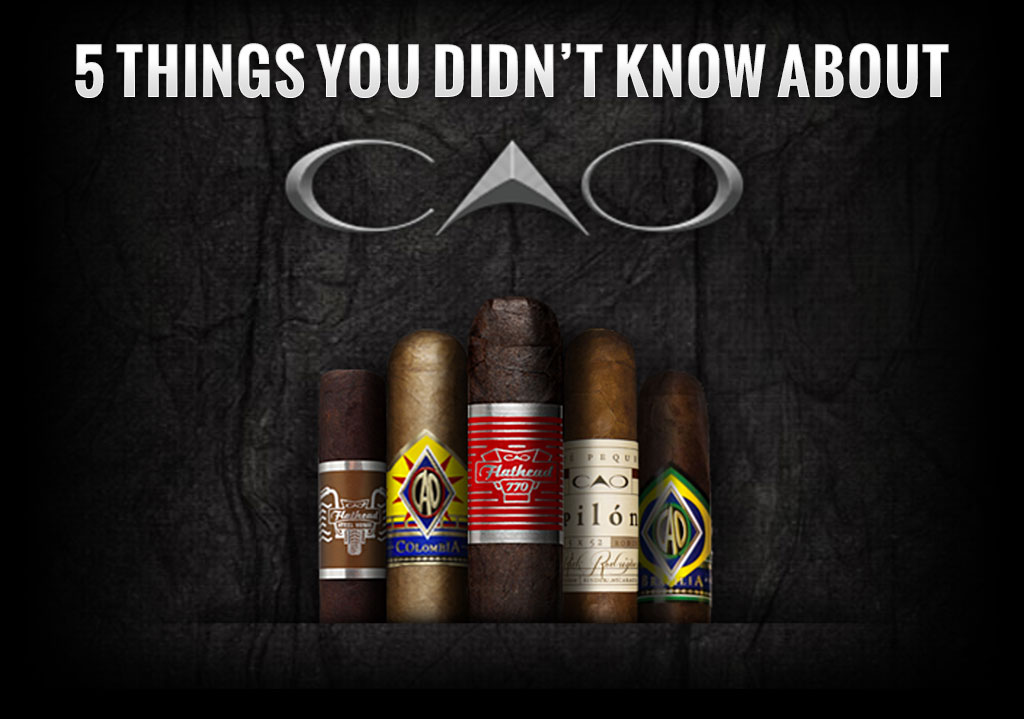 When Scandinavian Tobacco became a majority stakeholder in General Cigar, CAO Cigars was merged into the General portfolio in 2010 and a new world began for the cigar brand. The goal was to elevate this popular brand to an even higher level of success which meant putting a new face at the forefront. Enter Rick Rodriguez, a member of the La Gloria Cubana sales team who was hand-picked by General’s team of cigar masters to learn every aspect of the cigar making business, including tobacco agriculture, cultivation, aging, cigar rolling and tobacco blending.

Rick considers his job a dream come true as the man in charge of new product development for CAO. With hot new brands like Flathead, Amazon Basin, Colombia and Pilon, (the Flathead V660 Carb being named the #3 cigar of 2015) CAO Cigars is experiencing an amazing resurgence with lovers of the tasty leaf.

Which, leads us to the title of this article. I asked Rick to give me FIVE Things that we cigar fans didn’t know about the CAO brand and he certainly did just that. Below is his personal account of the company’s growing success.

Number 1: You, the Cigar Smokers Set the Direction for the Kinds of Blends CAO Makes

A lot of people I meet think I’m only the person who develops the blends and comes up with the ideas for new CAO cigars. Not true. I’m part of a larger team – a well-oiled machine. There’s a great group of guys in our Nicaraguan factory, and we also work with the General Cigar marketing group in Richmond, VA. The big bosses get involved, too. They give us the freedom to do what we want, and it works out really well.

But it’s way more than that. It’s the smokers that love CAO cigars who have a big input on the path we take for creating new cigars.  That’s something you don’t often see in the cigar business and I think we’re the only company out there that takes it to this level. We get direction from marketing and then we take the feedback I hear at events and cigar shops and bring it to the process of developing something new. The cigar lover’s input is the most important thing for us.

When it comes to developing blends, again, there’s an entire team. We sit for hours discussing what I’m hearing from the fans and that gives us the path we’re going to take with the blend. When it comes time to the actual blending part we start with about 30 to 40 blends, and narrow it down to what we all agree are the top 3-5. We want to make sure what we put out for CAO is the best blend we can make, for you, the smokers. 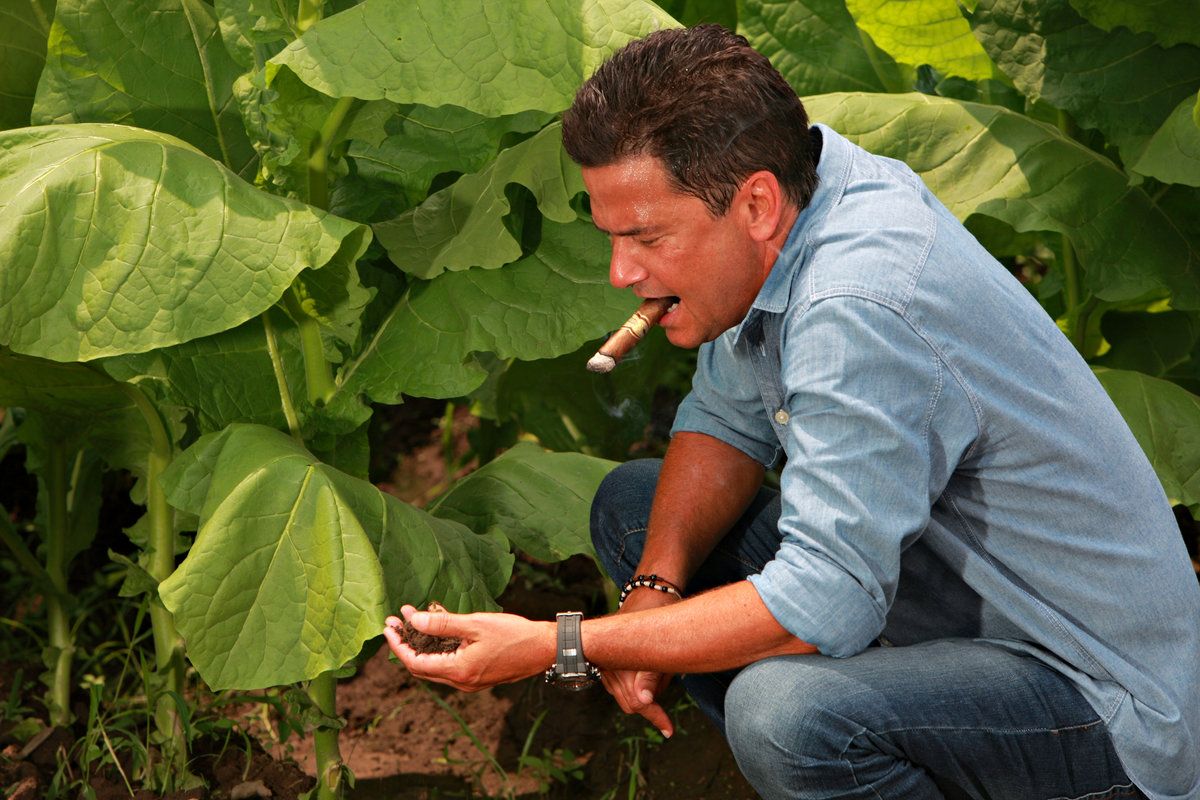 Number 2: A Couple of Decades Under My Belt and I’m Still on My Way to Becoming an American Cigar Master

Seventy percent of my time is spent on the road promoting CAO and 30% is working to develop blends with the team in Nicaragua. But how I got here is a story on its own.

I started as a sales rep for General Cigar in 2000. In 2004, I was hosting an event in Tampa and Edgar Cullman, Sr., then Chairman of General Cigar walked into the shop and said he wanted to see me in action. No pressure, right? So, I got a call from my boss first thing the next morning, telling me to report on Monday to the New York office. I thought, shit, I’m going to be fired!

That Monday changed my life. Mr. Cullman offered me the opportunity of a lifetime – he created a program for me where I would receive intensive training in cigar blending. His goal was to make me a true American cigar master. Two days later, I reported to the Dominican Republic, where I started a year’s worth of training in our tobacco fields and factories. I worked in every single aspect of cigar making, in each of our factories, spending two weeks at a time learning all of our processes. It was grueling and I was put to the test every step along the way. Daniel Nunez, then our cigar master and senior vice president of the company put this program together and he meant business. I studied under Daniel, Benji Menendez, Estelo Padron and many others who spent time sharing their knowledge. I still have a long way to go but I continue to learn. One day, I’ll be a full-fledged cigar master, and even then I’ll still keep learning.

Our focus is on bringing the unique and new to CAO. But that doesn’t mean we’re only focused on tobacco. Revisiting our processing techniques is also another way that we deliver cigars that are unique to what’s already out there. CAO Pilon is a great example. We resurrected a very old process, added our own expertise to it, and came up with a great cigar by using a fermentation process of circular pilons. We’re encouraged to experiment and try new things and we’re not afraid of making mistakes along the way. We have a blank canvas and we’re not tied to a rigid history. CAO has always been about marching to the beat of its own drum and that’s something that’s never going to change. 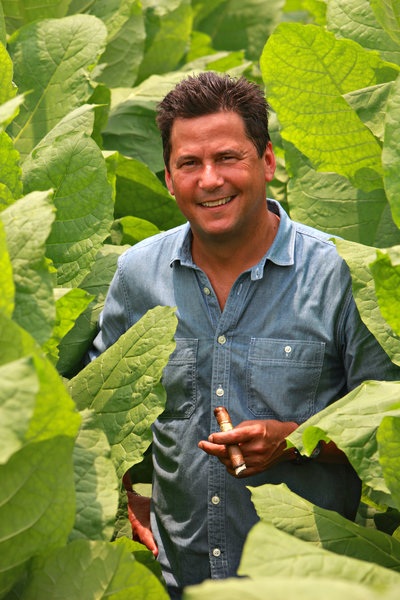 Number 4: My Love for Cigars, Cars and Women is How This Highly Rated Cigar Was Born

This story is about Flathead and how quickly lightning strikes. It can take anywhere from a couple of months to a year or more to finalize a blend and get the look of the cigar down and it typically takes six months to a year to work on a launch. In 2012, we had a new blend to release at the IPCPR trade show the following year, but we decided to pull the plug. So it came down to two things — us not having a launch for the show in 2013 or pulling a rabbit out of a hat and coming up with a concept and a blend in less than 5 days – and THIS is when lightning struck!

At the cigar events I’ve attended for years, the guys, and even the gals I meet love to talk about cigars, cars and women. For as long as I can remember I wanted to create a line called Flathead and base it on old car engines. I discussed it with senior brand manager, Ed McKenna, and we immediately came up with some great ideas. The concepts were a hit and we went to work that morning on the blend. By that afternoon, we had four blends, narrowed down to one. We then discussed packaging and I envisioned a box lid that replicated a car engine. Everyone in the factory loved it but we realized we didn’t have the capabilities to make the box without a CNC machine. The next morning, we called the top brass in Virginia about the packaging and told them that we needed to buy a machine to make the box.  They were on board, so, we got the approval and got our machine. Once the box design was in play, we contracted a local artist to design fly sheets with pinup girls to bring it all together. And this is how Flathead came to be, thanks to the CAO fans.

Number 5: I May Be the Face, But the Success of CAO is a True Team Effort

We all have such great passion for this brand, and it works because we balance each other out. Take one guy out of the mix, and the whole thing doesn’t work. Ed McKenna is focused, smart and one of my best friends – but that doesn’t mean he agrees with me. In fact, we fight and we yell at each other but at the end of the day, we’re pulling for the same thing – what’s best for CAO. The same thing is true for our boss Alan Willner (VP of marketing) and Jhonys Diaz (VP of operations) who runs the factories. Their input is incredibly valuable and they think of things that Ed and I don’t think of and together, one way or another, we all end up on the same page. We all want CAO to continue on this great path and we’re excited about what’s in store for the future. We’ve got some great new cigars in the works for IPCPR this year and I can’t wait to share them with everyone.

And there you have it, guys, 5 things you didn’t know about CAO cigars, straight from Rick’s mouth. Please share your comments below about the article and your favorite CAO cigars!

Keep up the great work.

CAO cigars is one of my few favorite brands. I purchased the Pilon . Rick Rodriguez ,as a cigar lover, budding home tobacco grower (horticulture degree) and amateur torcedor ,thank you for developing that one.

I love the Brazilia line, with the GOL being my favorite. There are no bad CAO cigars, but for my tastes, the Brazilia is the only one that is in my regular rotation.

My fav is the America Monument. But, I would greatly prefer a traditional toro AND FYI, the ‘swirl’ is a useless expense. I wish you’d drop it with the cost attendant thereto.

Absolutely my first real cigar loves. CAO got me started with Moontrance and moved me up to Pilon, America, Basin and Flathead. I cannot wait to start putting boxes in my humidor! Awesome Rick!!

Vision and the Colombia are my Favorite CAO’s.

Read More
Cigar Buying Guides
Take a look back with the Cigar Advisors as we review the best new cigars of 2017: these are our picks for the best new smokes that deserve a space in your humidor...today!
Read More

The Cigar – Moments of Pleasure: an Advisor Cigar Book Review