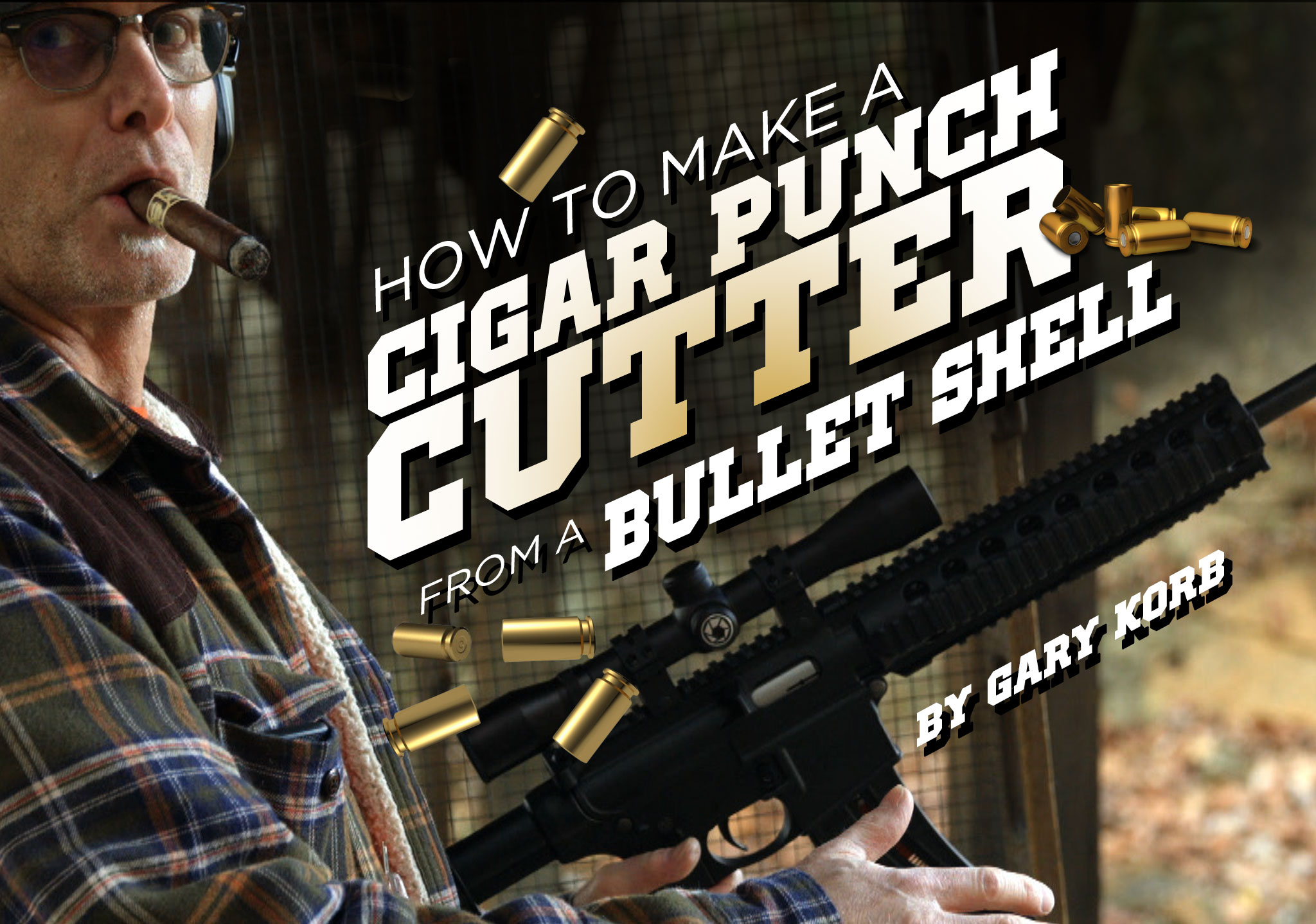 Whether you’re an advocate of gun regulation, or not, or for that matter, pro or con on smoking, for now, cigars and guns are still legal in the United States, and in some circles, more popular than ever. Even with the strict new FDA regulations on premium cigars, cigar smokers continue to enjoy the relaxation provided by a fine, hand rolled cigar imported from Central America, while gun manufacturers have seen a significant uptick in sales.

As someone who enjoys both pastimes, I’m not going to touch either debate, and that’s not what this post is about. What I find interesting is how much both cigars and guns have in common.

One more: Cigars and guns also pair well. To put this into better perspective, Kyle Hoover and Chris Kelly, founders of Ezra Zion Cigars, did a video on cigars and guns for Cigar Advisor that I suggest you watch. It’s also very entertaining.

Another Great Cigar Hack: Making a Cigar Punch Cutter from a Bullet Shell

Many years ago, when I was writing the Cigar Advisor newsletter, I received a tip from a reader who described how to make a cigar punch cutter from a bullet shell casing. I published his hack, but I always wanted to do a video on it, and recently, I finally got the chance. But before you click on the link to the video, here’s the basic description:

All you need is an empty bullet shell and a chamfer. A chamfer is a tool used for repairing spent shells by gun owners who reload their own ammo. (The chamfer I use in the video is a .17.) .223 and .308 shells are ideal because their diameters are similar to those found on most cigar punch cutters. .357’s are great for wide-ring cigars, but as always, the choice is yours.

What about ejecting the plug, you ask? To do that you’ll need to push out the primer. Some reloading kits can take care of that. Or, if you have a vice, you can try popping the primer out with a nail or a power drill. In any event, there’s enough room inside the shell to hold plenty of plugs. Eventually the plugs will dry up and fall out by themselves, or you can just tease the plug out with an open paper clip.

Want to see it in action? Click here to see my video on how to make a cigar punch cutter from a bullet shell.

Got a cigar hack of your own? Send it to me, or comment it in.

Shouldn’t we be worried about lead?

Lead is not typically an issue as most of the ideal cases have contained copper jacketed bullets. That said, I washed the entier case (with the primer removed) with peroxide then again I washed the entire case with isopropyl aclohol and a q-tip. One other element I added to my pistol case punch, is after removing the primer, I drilled out the flash hole to the maximum primer diameter. This facilitates pushing out the plugs with a match stick, toothpick, small nail, etc. Just my $.02 worth.

Reading Time: 5 minutes Gary’s first burn of 2021 is the Southern Draw Manzanita Toro: Rolled in a rare, reddish, Habano Hybrid wrapper and other extra-long-aged tobaccos – see why he won’t shut up about this cigar.