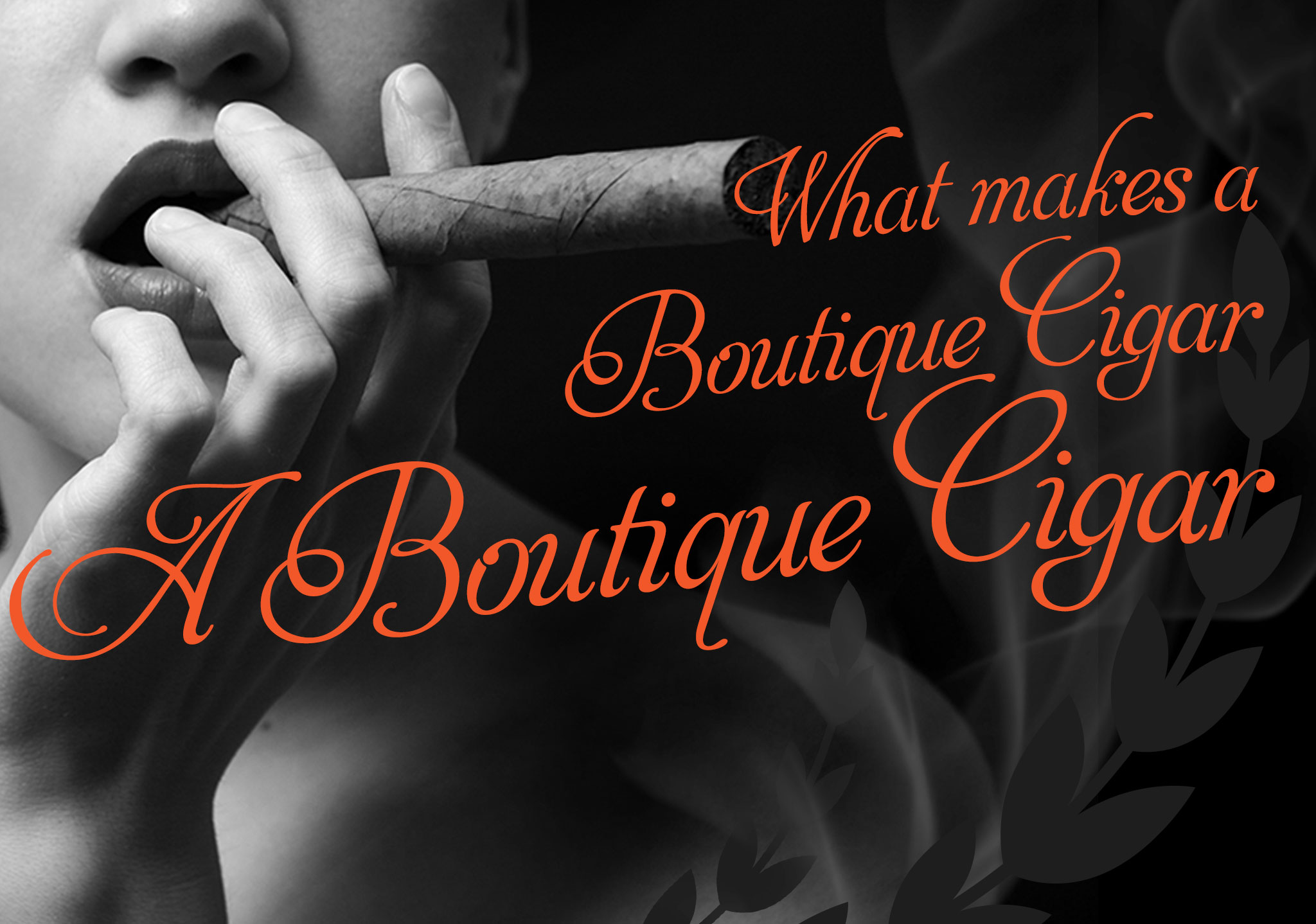 Boutique cigars are one of the hottest trends going in the world of cigars today. If you need more proof, check the 2013 Top 25 Cigars of the Year List – if you eliminate cigars you can’t score legally in the USA, you’ll find the Aging Room Quattro at the top of the list. What company makes the Aging Room you ask? Rafael Nodal’s cigar company, the aptly named Boutique Blends. But what makes a boutique cigar a boutique cigar? Simple. It’s…um, yeah.

Well, if you consult a dictionary, you’ll get this: “…of, designating, or characteristic of a small, exclusive producer or business: one of California’s best boutique wineries.”

Obviously, for our purposes, we’re replacing the word “wineries” with “cigars” (or should it be manufacturers? More on that in a minute) – but when we define “boutique” – should we be doing it in terms of numbers, such as output of bottles (or cigars)? Or is it in availability of supplies, as in “small batch?” Is it the size of the manufacturer that matters?

Let’s start with what’s out there already…the statistics that are constantly mentioned in this boutique discussion (and it’s been going on for a while) come from a 1999 Smoke Magazine article that’s been beaten to death more so than just “oft-quoted,” defining what qualifies a cigar producer to be “boutique” – and at the time, their criterion was “brands with a production of less than 1.5 million sticks per year.”

That, however, was a decade and a half ago – today you’re hard-pressed to find a cigar brand that doesn’t produce a vast quantity of sticks, whether they call themselves boutique or not. The other defining factor in Smoke’s boutique-not boutique tug of war is cultivation…tobaccos produced in small batches, and the cigars they’re made into are being produced with high attention to individual detail.

Here’s the rub: we just described boutique AND small batch cigars – which the latter wasn’t even a consideration when this definition was conceived fifteen years ago. So by using those two qualifiers then, Macanudo, Camacho, Oliva Cigars, Padilla, Arturo Fuente, Romeo, Vega Fina, Tatuaje, Alec Bradley and Partagas (just to name ten) have produced boutique cigars this year. How many of those cigar makers (talented in their own rights, of course) do you consider boutique cigar makers?

This brings us, then, to the question of the usage of boutique – is it describing the company, or is it describing the cigar? Let’s look at Foundry (boutique) – a subsidiary of General Cigar (not at all boutique), but only puts out limited batches (small batches?) of cigars such as Compounds, Elements & Musings and War of Currents (very boutique). This is one example of why the debate rages. Quesada cigars, Paul Stulac cigars and 262 cigars – all boutique in nature, arguably…but let’s consider that there are still a lot of brands out there you’ve never heard of, up-and-comers that are trying to make their way in the market with a quality cigar. And as some may argue that these guys are the true boutiques, you may never get a chance to learn about them until they nail a big distribution deal that puts them squarely outside the boutique definition.

It’s a loose definition to begin with, but I argue that boutique is a term that’s now becoming interchangeable with “small batch” – as in, we are substituting boutique for what is just a small batch or a limited production run. Hell, we argued over that point for an hour and a half here at the office. But allow me to throw one more position in the mix. Jonathan Drew wrote an article in Cigar Advisor where he said, “At what point does a ‘Boutique Cigar Company’ lose its roots and become a ‘Corporate Cigar Company?’ The answer is the same as the question, ‘When does a person become old?’  The answer is defined in the person’s heart, their attitude and, in this case, in the market’s perception, quite honestly.”

So what have we learned here? That what makes a boutique cigar a boutique cigar is often more than just the cigar – transcending definition and hard numbers, it’s how and why the cigar exists, how hard it is to get your hands on and how well it’s made. It’s also a vibe, something special and a smoke worth searching for, if you’re into that sort of thing…the ultimate intangibly tangible commodity.

I was always under the impression that alot of cigar companys like partagas, macanudo, romeo y julietta etc who make mostly heritage and puro cigars werent boutique. And what makes a cigar a boutique cigar is when its got 6 different primings from 8 different plants from 9 parts of the world on 7 different farms rolled in 3 separate continents by 7 different torcedors and then dropped off at a cigar shop. And boom you have a delicously blended boutique cigar.But im old and new at the premium cigar thing so whatever. Great article. Thank you

Reply
The Burden of Being Boutique | Spirited Smoke

[…] before me have approached the task of defining the genre for the community. Cigar Advisor’s John Pullo, for example, offered some thoughtful responses to the notion, arguing that for all intents and […]