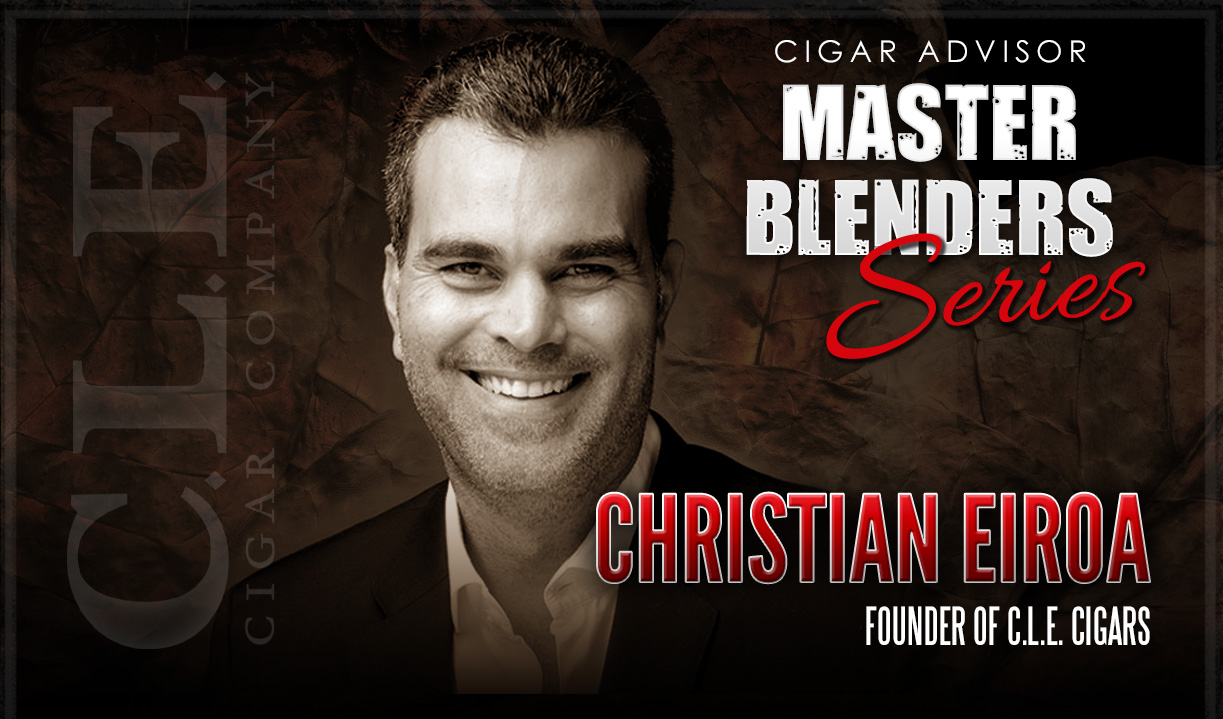 What do It’s a Wonderful Life’s George Bailey and Christian Eiroa have in common? I’ll give you three: First, like George Bailey, Christian had no intention of going into his father’s business, tobacco growing and cigar manufacturing. Secondly, in 1995 he unexpectedly wound-up working in his father’s business at a time when his family needed help. And finally, five years later when he was still working in the cigar industry, not only had he taken his family’s leading brand, Camacho Cigars, to the pinnacle of success, but in 2022 he is doing it again with his own company, C.L.E. Cigars.

““I didn’t want to go into the cigar business, and I was trying to avoid it.” – Christian Eiroa

Like many tobacco farming families who left Cuba after Fidel Castro nationalized the cigar industry, the Eiroa family emigrated to Honduras in 1963. One of the country’s prime resources was the fertile soil of the Jamastran Valley which is similar to Cuba’s famed Pinar del Rio province. That very soil would prove magical for the authentic Cuban Corojo seeds Christian’s father Julio would plant over three decades later.

Christian Luis Eiroa was born in 1972 on his family’s Rancho Jamastran farm in Danlí, Honduras. By the age of eight he was already learning the trade by helping move tobacco around the farm. By age 11 he was attending boarding school and he entered college at 16.

“I didn’t want to go into the cigar business, and I was trying to avoid it,” says Christian during the interview. “I remember my dreams back then were playing for the NFL.” Although he did play in Florida’s semi-pro Continental Football League during his senior year, he never went pro. So he set his sights on his next dream, being a U.S. Navy pilot. Although he did eventually learn to fly, unfortunately, Christian’s non-U.S. citizenship kept him from entering the pilot program so he decided to go for his Masters. While attending school on weekends, Christian began working for a friend of his father who needed business help with his cigar factory.

1995 proved to be a very critical year for the Eiroa family. Christian received his Masters in International Business Administration from Nova Southeastern University in Florida, and Julio bought the Camacho brand from the late Simon Camacho’s family. At the request of his father, Christian decided he would give the business six months, but by 1998 Christian Eiroa had taken over the management of Caribe Imported Cigars and was working on new blends for Camacho. By that time Julio was already planting the original Cuban Corojo seeds given to him by Daniel Rodriguez, grandson of Diego Rodriguez who had cultivated the seed in Cuba.

When Camacho Corojo was launched at the 2000 RTDA show in San Antonio, it didn’t take long for the brand to become a staggering success. In a June 2021 article Christian told Cigar Journal, “From 2001 until the sale of the brand in 2008, we experienced an 82-month-long success streak. Every day, every week, every month, we topped our sales from before.”  The brand became so hot that Oettinger Davidoff purchased the Camacho brand in 2008.

A New Cigar Brand is Born

Named for his initials, in 2012 Christian finally launched his own brand, C.L.E. Cigar Company. That same year Christian opened the El Aladino cigar factory in Danlí. One of his goals was to bring diverse talents into the business to build a creative coalition of sorts. One of those people was former Camacho sales exec turned blender and partner, Tom Lazuka, who manages the Asylum Cigars brand.

Now, with nine fruitful years behind him, Christian Eiroa talks about living and working in Honduras, and how creating a positive work environment has also helped make the C.L.E. Cigar Company a very personal success.

Very much enjoyed this interview. Christian’s cigars have ruined me for most other brands. Most of the time I try something new (and often expensive) from another manufacturer, I find myself thinking, “I’d much rather be enjoying a CLE Corojo or Habano right now.”
The Eiroa PCA exclusive is my current obsession. Christian talks about his appreciation for aroma, and it really shows in that cigar. The taste is amazing, and the aroma is intoxicating.

Yes. Christian’s blends are especially unique. I’m nutty for the Azabache, but his Corojo and Habano are also outstanding. Glad you liked the interview, and I hope it will shed some well-deserved light on the C.L.E. brand to many more cigar enthusiasts.

I really enjoyed the “inside baseball” in this video, and Christian is an interesting guy. I have limited experience with CLE cigars, but I’ll be paying more attention now.