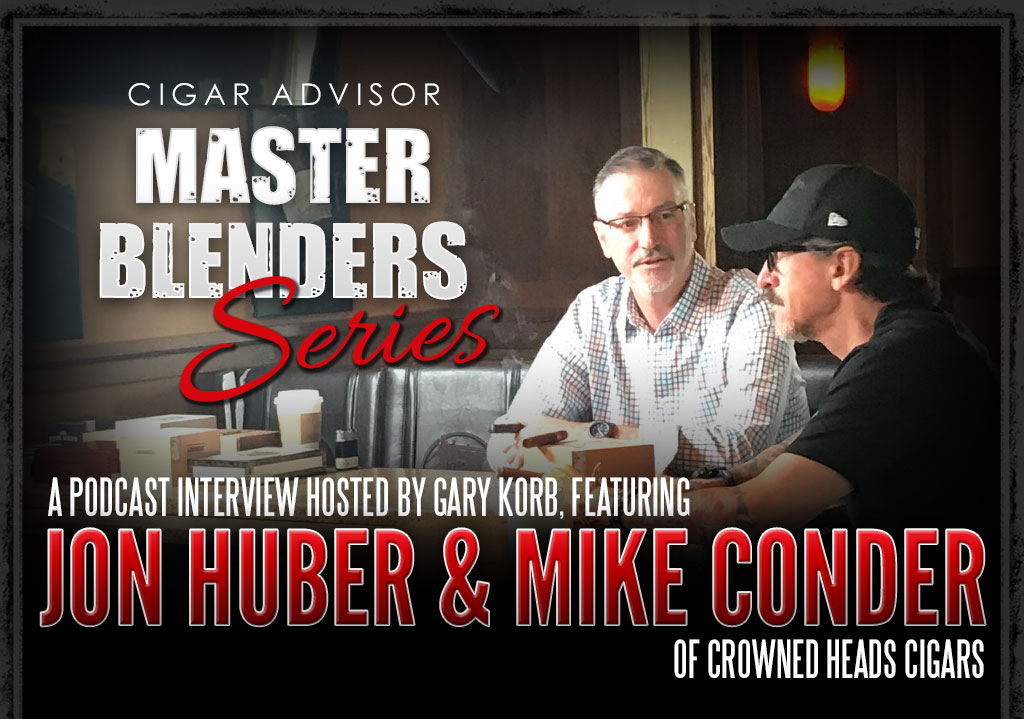 Based in Nashville, TN, Crowned Heads Cigars is a boutique cigar label founded by former CAO execs, Jon Huber & Mike Conder, who have achieved remarkable success via social media and in-store events. Their cigars are made at two of the world’s most esteemed factories: My Father (Don Pepin Garcia) in Nicaragua, and Tabacalera Alianza (Ernesto Perez-Carrillo) in the Dominican Republic. During the podcast, Huber & Conder discuss their marketing philosophy and unique approach to the cigar business while revealing the lighter side of their personalities, making it well worth a listen.

In 2011, cigar industry veterans, Jon Huber & Mike Conder, decided to carve their own path in the business and founded Crowned Heads Cigars. Jon & Mike share a long history and also worked together at CAO Cigars as the Director of Lifestyle Marketing and Vice President of Marketing, respectively, so they know a lot about what it takes to bring a brand to market. After incalculable hours of hard work, including a concentration on social media and listening to a lot of music for inspiration, their efforts have paid-off by receiving some of the highest cigar tasting scores and glowing reviews.

A lot of time was also spent deciding which manufacturer would be the best fit for their cigars, and it eventually came down to two: Don “Pepin” Garcia’s My Father factory in Nicaragua, and Ernesto Perez-Carrillo’s Tabacalera La Alianza in the Dominican Republic. (Most industry insiders would tell you that it’s pretty hard to miss with either factory.)

Every business has a mission statement, and the Crowned Heads philosophy is both unpretentious and logical: When the rules don’t make sense, carve your own path. It’s been quite an impressive path, too, with cigars like Las Calaveras, Four Kicks, La Imperiosa, Jericho Hill, and J.D. Howard Reserve, to name a handful of their successes.

Music plays a significant part in many of their cigars, from Johnny Cash (Jericho Hill), to Led Zeppelin (Headley Grange), to Kings of Leon (Four Kicks and Black Belt Buckle). As Jon puts it, every Crowned Heads release is regarded “the way a record album would be to a band, with Crowned Heads being the band.” Moreover, each “album” has a unique story and vibe behind it, from the blend in the cigars to the graphics on the box.

Reading Time: 2 minutes See the videos: More Q&A direct from the Cigar Advisor Fan Mail bag! Check out our answers to questions on traveling with cigars, how to clean your cigar cutter, and the definition of a ‘yardgar.’