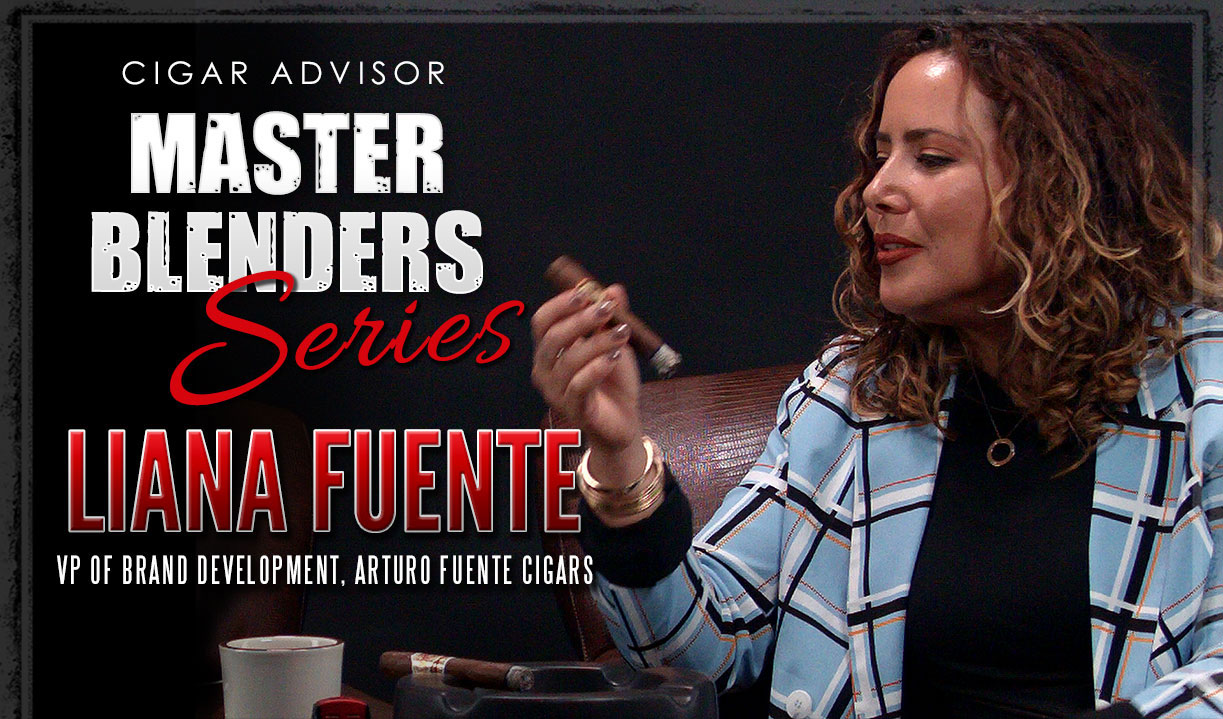 For this installment of Master Blenders, Gary Korb chats with Liana Fuente, daughter of Carlos “Carlito” Fuente. More than just cigar industry royalty, as the VP of Brand Development for Arturo Fuente Cigars, Liana has a lot on her plate and handles it all with the aplomb of a professional juggler.

During this lively conversation, Liana shares her passion for cigars and the industry; her childhood memories of growing-up in a cigar-making family – especially what it was like before the Boom.

Liana also provides some family cigar history, like explaining the family tree, plus the origins of two of her favorite Arturo Fuente cigar selections – Don Carlos and Casa Cuba, for which her late grandfather was responsible. She also touches on how her father, Carlito, pushed his vision to create an all-Dominican-leaf cigar, which eventually became the Fuente Fuente Opus X.

Other conversation of note deals with the pending FDA regulations and their effect on the industry: “Who it’s really hurting are the smaller people, the Mom & Pops, and that’s what kills me, because this is real Americana that’s hurting,” says Liana.

She’s also very passionate about the work the Fuente family has done with their Cigar Family Charitable Foundation, and talks about the remarkable results the Foundation has produced over the years.

And as to why Arturo Fuente Cigars has developed in one of the world’s most iconic brands. . .

“Our company has never been a company that comes out with a new cigar every six months,” says Liana. “It just hasn’t been our model. The key to our success isn’t a secret; it’s the fact that we age tobacco. We want consistency. It’s not about making the most cigars, it’s about making the best cigars.”

When asked if Liana looks forward to blending her own cigar one day, she replies, “Our motto is, ‘we never rush the hands of time.’ I’ve been working on a project for a very long time. I started with my grandfather, and now I’m finishing up with my Dad.”

No doubt, cigar smokers will be eager to add the results of her efforts to their humidors in the not-too-distant future.

Reading Time: 6 minutes Looking for the most popular cigar in your preferred size? Chances are we’ve got it here. Check out which blends received the highest ratings from customers like you!