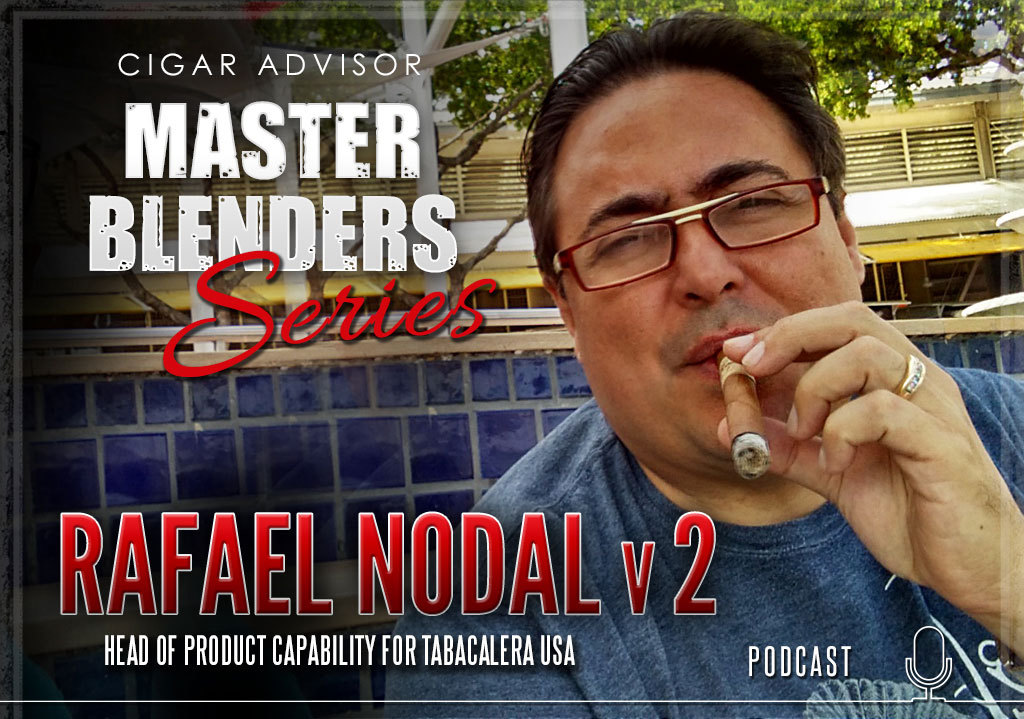 Rafael Nodal, co-founder of Boutique Blends Cigars, returns once again to the Master Blenders microphones. On the discussion menu: Rafael talks about his new gig with Altadis U.S.A., the new Aging Room Quattro Maduro cigars, why Oliveros cigars are worth some real estate in your humidor, the connection between blending cigars and composing music, plus much more lively conversation with one of the most charismatic personalities in the cigar biz.

An Interview with Rafael Nodal

If you take a good cigar and let it age long enough, it will improve over time and reward you with an outstanding smoke. The same can be said for some careers. Put enough years of hard work into your job, develop an outstanding reputation for what you do, and you’ll be rewarded with some impressive job offers.

If you want a real-life example, take Rafael Nodal, co-founder of Boutique Brands Cigars who, in 1980 arrived in the U.S. from Cuba as a teenager and wound-up living the American Dream. It was a circuitous route, too, starting with visions of one day being a composer and conductor of symphonies, to building a successful career in the Health industry, and finally, to buying a small boutique cigar company in 2002. Nonetheless, since receiving ceaseless critical acclaim for cigars such as SWAG, Aging Room Bin #1, Small Batch and Quattro, plus Solera and La Bohéme, Rafael Nodal has arrived – and he’s playing The Palace.

Earlier this year, Altadis U.S.A. announced they would be handling Boutique Brands’ distribution and sales efforts, while Rafael would step into a supportive role for Altadis’s other brand imprints. And just last week Altadis announced that Rafael will serve as Director of Product Capability for Tabacalera U.S.A. in which he will oversee all of their premium cigar operations at the blending stage, plus Altadis U.S.A. online, the JR retail cigar catalog, and the Casa de Montecristo-branded retail cigar stores.

Rafael’s first cigar project for Altadis (actually, his second, since he worked with the Grupo de Maestros in 2015 on the ROMEO by Romeo y Julieta Aging Room cigars), is the new Trinidad Santiago cigars selection, while his most recent Aging Room project is the Aging Room Quattro Maduro.

Rafael’s last appearance on Master Blenders was in February of 2016. For this reprise, recorded last month, Rafael talks about where his love of cigars originated, his history with Oliveros cigars, his new Aging Room Quattro Maduro cigars, the art of blending cigars, and many more surprises. Feel free to leave a comment and share this podcast with your cigar-smoking friends.