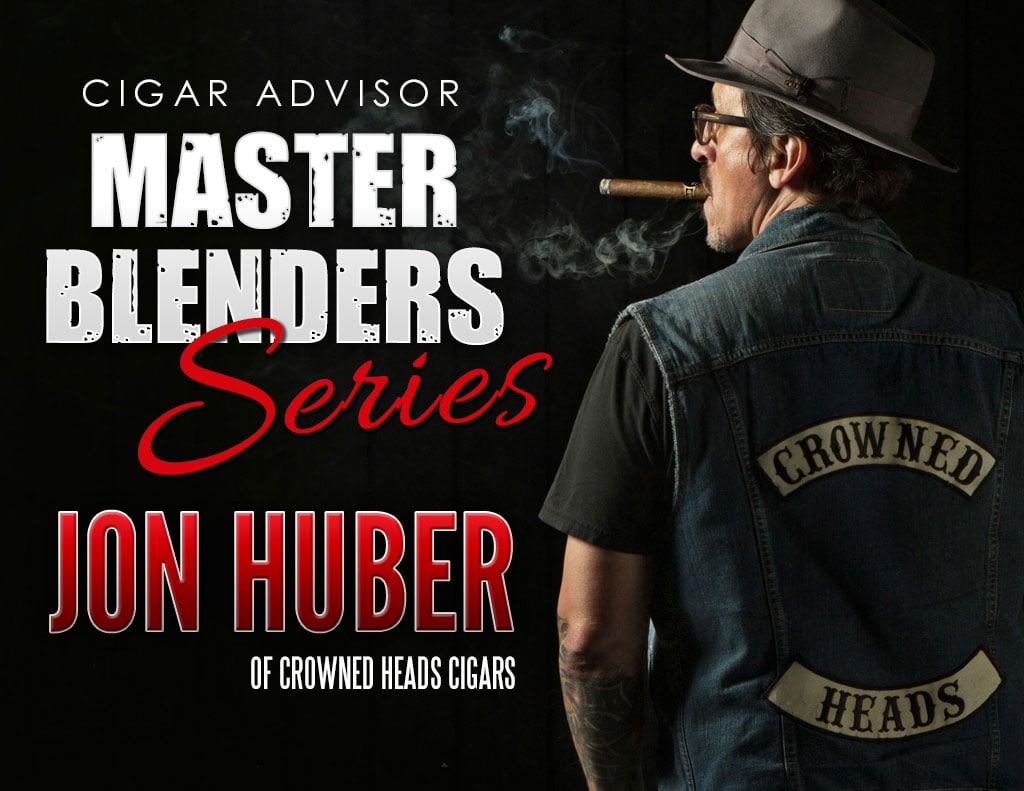 Jon Huber, co-founder and President of Crowned Heads Cigars is not a tobacco blender. He wants to be clear about that. But he is someone with a talent for knowing how great cigars are made, taste, and marketed. In this podcast interview with Cigar Advisor executive editor, Gary Korb, Mr. Huber discusses his highly-acclaimed cigars like Las Calaveras, La Imperiosa and more, including the new limited edition Four Kicks Black Belt Buckle cigars. To listen to the podcast, click here, and feel free to share it.

Jon Huber, co-founder of Crowned Heads Cigars, is one of those cigar biz folks who keeps his eyes on the prize and his head in a very good place. He’s a humble young man who, along with his partner, Mike Conder, just wants to put some great cigars out on the market for people like you and I to enjoy.  Among the cigars Jon and Mike have had the pleasure to direct your attention to are Four Kicks, Mason Dixon, Jericho Hill, Las Calaveras and La Imperiosa, to name a handful of their critically-acclaimed smokes. Among their latest ventures is the release of the Four Crowns Black Belt Buckle, which is sold exclusively by Famous Smoke Shop.

In this interview, Jon Huber talks about how he and Mike Conder founded their company, came up with name “Crowned Heads,” and much more. (Many years earlier, Conder and Huber worked together at CAO Cigars, during the Ozgener family administration.) Both men are sharp marketers, and have had the good fortune to work with some of the best blenders in the industry, including Don Pepin Garcia in Nicaragua and Ernesto Perez-Carrillo in the Dominican Republic, who also created both Four Kicks editions.

The podcast also covers why Crowned Heads Cigars packaging has a certain continuity to its design, the methodology behind how they create and market their cigars, and how to blend a bestselling cigar out of a six-second drum beat.

To learn more about Jon Huber and Crowned Heads Cigars, listen to the podcast here: