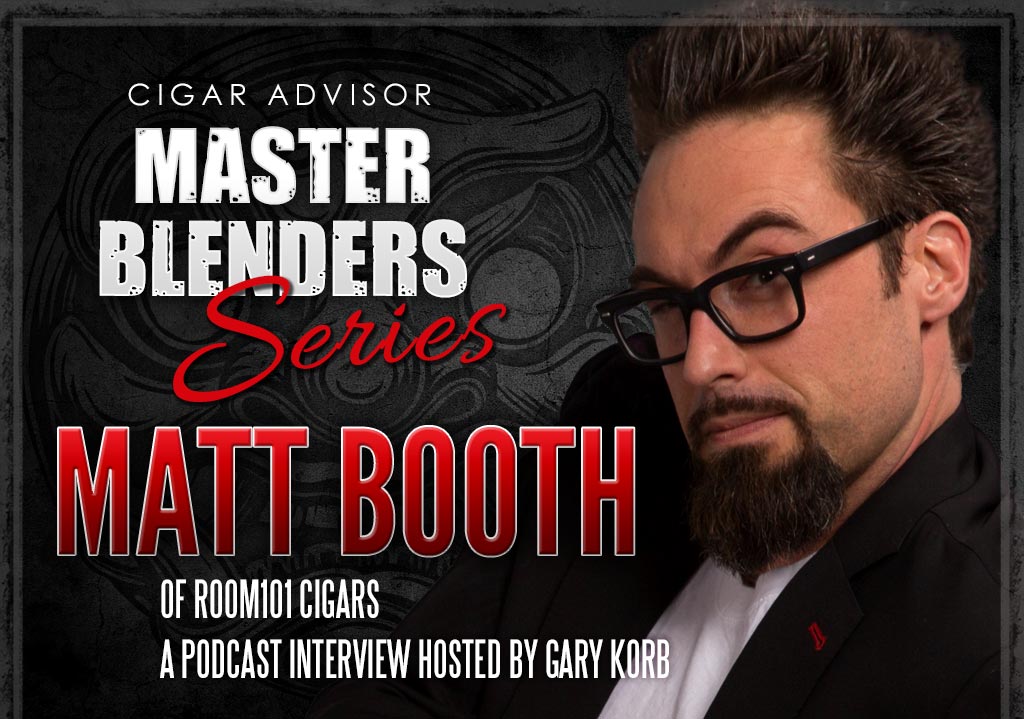 I recorded this interview with Matt Booth in early December of 2016. Matt’s contract with Davidoff of Geneva was coming to an end, yet he gave no indication that he would be moving on to pursue his jewelry career full time. Nonetheless, since there are still plenty of Room 101 cigars to be had in the marketplace, not to mention that it was one of the best shows we’ve done, we decided to run it as a fond farewell to one of the most interesting people I’ve had the pleasure to meet in my more than 15 years in the cigar business.

Matt’s candor runs full-throttle throughout the show, as we talk about his service in the U.S. Marine Corps, his aspiration to become a rock n’ roll musician, how he got started in the jewelry business and the Far East influence on his designs; how his “Uncle Lee” (yes, Virginia, there really is an Uncle Lee) got him into cigars, (among other things), how he got into the cigar business, the legend of Chief Cool Arrow, fatherhood, and more.

The one thing I neglected to ask him about was how he became so enamored with tattoo art, a subject that’s also always fascinated me. Hoping this is not the last time I’ll have the chance to interview Matt, I’ll make sure to bring it up if and when that opportunity ever presents itself. As for right now, all I can say is that Matt had the chance to work with some of the best people in the cigar business and his Room101 brand enjoyed a great run having received some of the highest tasting scores across the board. Additionally, Cigar Aficionado cited his Room101 Daruma among the top cigars in their February 2017 issue.

So, will Room 101 cigars ever come back? Asked that very question in a recent Cigar Insider article, Matt said: “It’s all hypothetical. Room 101 was made in Honduras, but it could conceivably be made anywhere, as long as the factory makes a high-quality product.”

Right now Matt is probably on a jet with his wife, son, and cigars in tow, headed to some exotic locale. His seat in the reclining position and he’s got a peaceful smile on his face. And why not? He’s got everything he loves right there beside him.

Click now and listen to my interview, and please note that it CONTAINS ADULT LANGUAGE and psychological nudity.