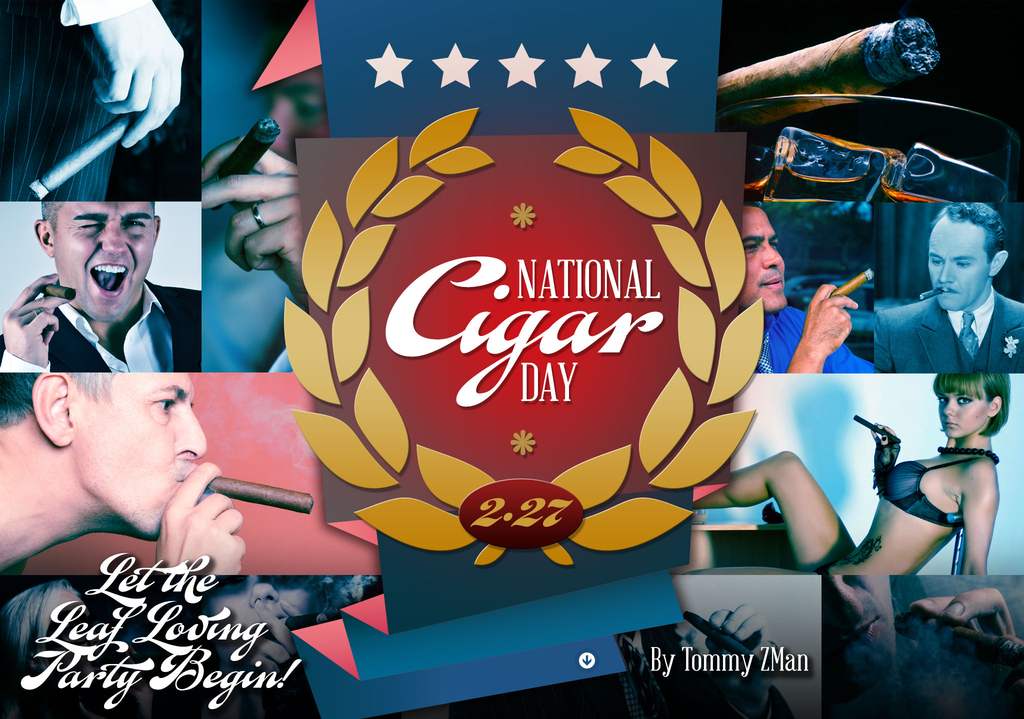 There are many glorious holidays observed the world over, but none are more important to me than the day of celebration that falls on February 27th. What is that you say? Is it possible that you’re not familiar with perhaps the greatest day of the year, bar none, including Christmas, Thanksgiving, and Stay Home in Your Underwear, Scratch Yourself, Drink Scotch and Grunt Like A Badger Day? Well, my unknowing friends in leafiness, it’s time to break out the cutters and lighters because you’re about to get your smoke on, because I’m talking about none other than…

Hammerstein, who was actually best known later in life as a producer and theater impresario, was one pretty smart cookie when he decided to migrate to the United States as a young man in 1864. To make ends meet he worked in a cigar factory on Pearl Street in New York City until he actually became a cigar maker himself and then founded the U.S Tobacco Journal. The guy was granted over 80 US patents, with the bulk of them being for the machinery he conceived for cigar manufacturing. His very first cigar-making machine sold for $6,000, but eventually he perfected the process over several incarnations, creating the grand daddy of all mechanical torcedors, which sold for a whopping $200,000 – one hell of a lot of money in that day and age!

Yes indeed, February 27th is to those of us who lavish in the leaf, a day of most holy observance as we commemorate the great Oscar Hammerstein’s patent for a machine that in my estimation holds ground with the likes of the automobile, the printing press, the pacemaker, and the Etch-a-Sketch. So, you’re probably wondering exactly what kind of glorified jubilation goes on around the world in honor of Sir Oscar’s perfecto forging feat. Well, I did a bit of research, scouring the internet, making phone calls, and busting my proverbial hump in order to put together a master list of the cigar induced rejoicing that will be taking place on this great day of days. So, here’s what’s happening on February 27… 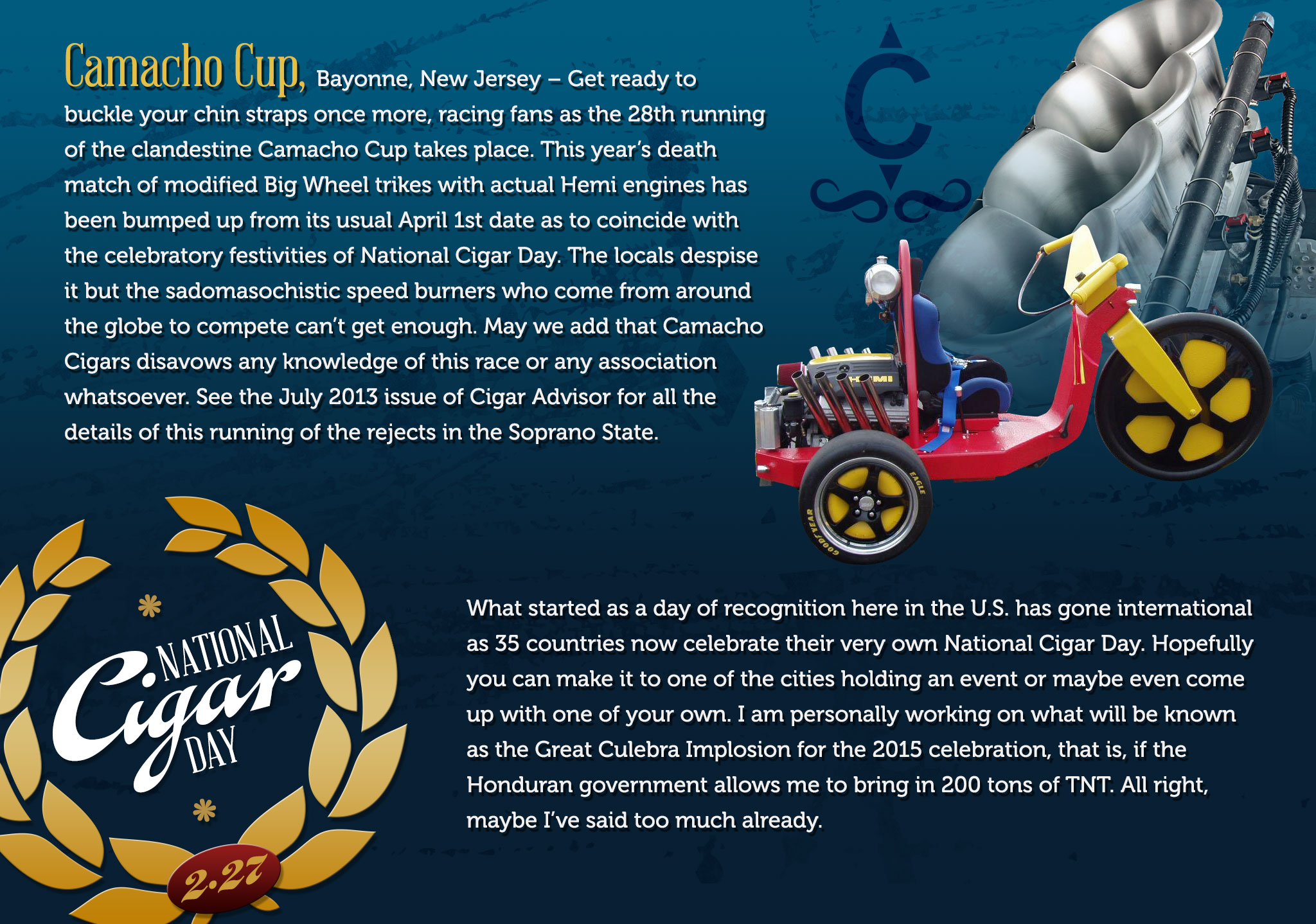