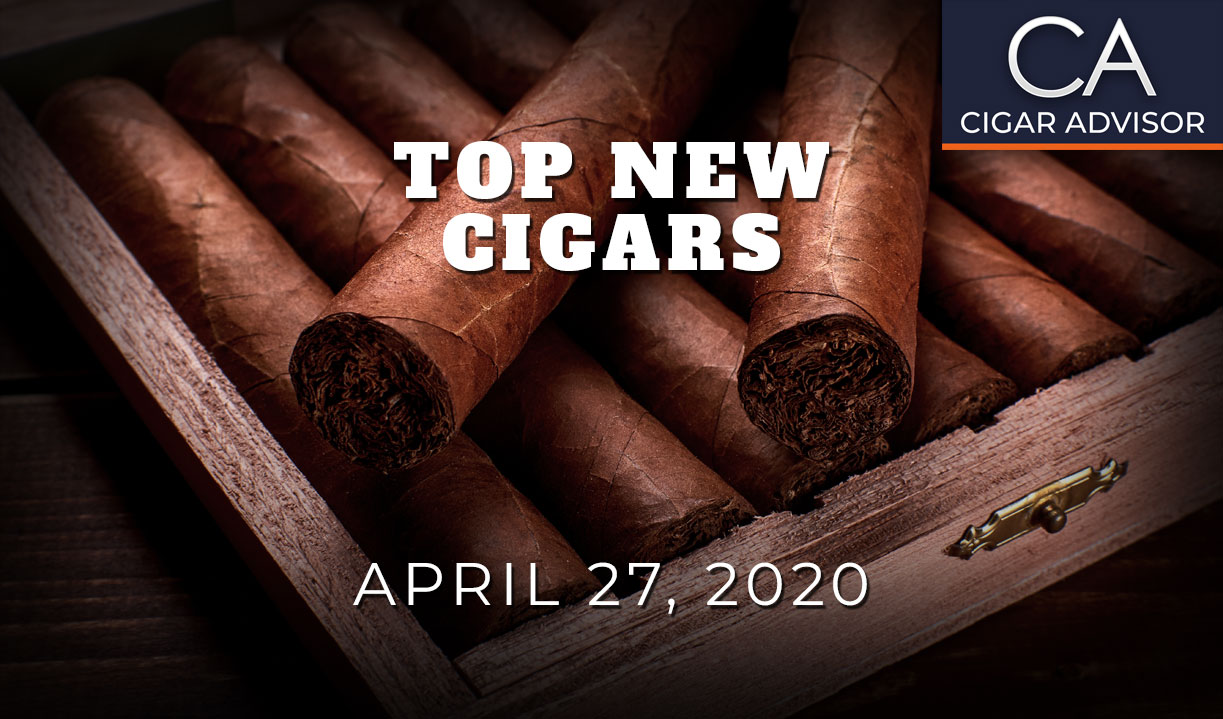 It’s finally here: warmer weather. And given recent events, many of us are spending more – or even most – of our time at home. Some have kept busy tidying up the garage. Some have been finally getting around to fixing that leaky faucet, and others have been making a point to keep in shape.

Nah, that stuff can wait.

All the kudos to those go-getters, but we’d rather be doing virtual herfs, drinking fine spirits…you know, roughing it. Jokes aside, we’ve recently been treated to a delicious assortment of new cigars. Here are two of them that really impressed, and one which brings some much-needed comic relief (and tastes surprisingly good, too). We’re confident you’ll enjoy them as much as we did, so take a peek at what you can expect when you set them alight.

If you’ve fired up anything new and think we should be highlighting it, let us know in the comments below.

What better way to honor Avo Uvezian’s birthday than with a rare cigar? AVO Improvisation Limited Editions are crafted using only the finest tobaccos. For 2020’s selection, AVO crafted a smoke that exudes notes of cocoa, coffee grounds, earth, wood, and spice. Put simply: these blends are the highest rung on their ladder. Sometimes you need to splurge for the sake of splurging. “Treat yourself!” and tune out all the bad news for a while.

Ever seen a cigar that could double as baseball bat? You have now. The Exactus Super Coloso Maduro is – if you can believe it – a sequel to their natural-clad Super Coloso. It weighs in at a ring-gauge-guide-destroying 11” x 90. For those of you not mathematically inclined, that’s just shy of an inch and a half wide. Doesn’t seem like all that much until you realize that it’s kind of like taking a section of your plumbing and using it as a straw. If the biggest of the big is your thing, expect a mellow cigar for five plus hours of some seriously sweet and creamy smoke. Not bad for a cigar that’s usually gifted as a gag. Plus, it’s perfect for mowing your lawn if your backyard has its own zip code.

Tax refund bigger than expected? Steve Saka’s got a super-premium for you! After wowing the cigar community with last year’s Brulee release, Dunbarton Tobacco & Trust is unveiling a new vitola – the Double Corona. This size offers the same mellow and sweet notes of cedar, vanilla, toast, and wood, and comes in a stocky, 54 ring gauge. Additionally, its length extends the cigar to 7 inches, now the longest in Brulee’s lineup. It’s more Brulee to love. If Uncle Sam’s been especially generous this year, there’s few better ways to spend your cigar money!

Reading Time: 10 minutes Once considered “the cheapskate’s delight,” today’s bundle cigars have debunked the ‘bundles are where the bad cigars go’ myth. Get our 5 bits of “must-know” wisdom about these (mostly) value-priced premiums that’ll have you rethinking how you fill your humidor.