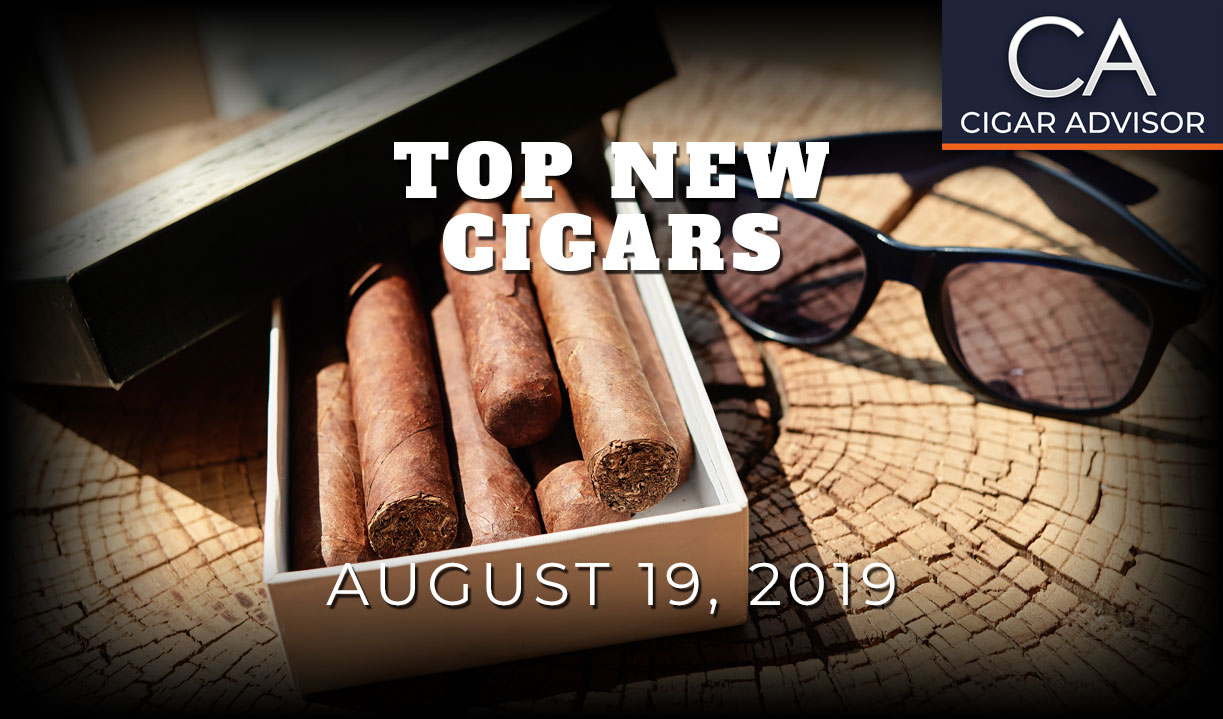 I don’t think cigars were ever meant to be a static venture. Even if we find one that we love unequivocally, it’s probably a mistake to relegate ourselves solely to that blend. Imagine having one meal or drinking one beverage for the rest of your life. How long would it take until you got bored?

There’s nothing wrong with relying on a favorite…but smoking a variety of blends will not only open you up to new and exciting cigars, but it will also help to hone your ability to identify different flavors on your palate. And who doesn’t want to taste as much of their cigar as possible?

Join me in my bi-weekly exploration of the most recent additions to Famous Smoke Shop’s humidor, because you never know what you’ll find. In this edition, we have a three-part debut from Espinosa, and more!

When fans of strong cigars want unbridled, full-bodied appeal, they rely on the 601 La Bomba Warhead series. The most recent of them, Warhead V, brings that profile to the next level of bold. Every puff of its thick smoke is teeming with hearty offerings of cocoa, earth, coffee, and spices, and pumps a healthy amount of pepper on the finish. Each is expertly rolled at Erik Espinosa’s La Zona factory in the heart of Nicaragua‘s cigar country…Esteli. If you’ve somehow missed the La Bomba boat previously, Warhead V will give you a potent introduction into one of the most popular cult cigar lines in the industry.

In late 2013, Espinosa began partnering with retailers across the country to open Espinosa lounges and in tandem, they announced the Backroom Series of cigars to be released as exclusives. The first of that collection was Espinosa The Alibi, a full-tilt, limited-run cigar that was capped at 200 boxes. Its array of flavors includes sweet spices, leather, earth, and a hint of citrus, making the smoke both robust and simultaneously smooth. Now that they’re available at Famous, you can sample what was once an exceedingly difficult cigar to find. Join the ranks of those who have been enjoying these treats six years running.

We mentioned Espinosa’s Backroom Series previously, and their second release of these once ultra-rare cigars was Eminent Domain. It’s spicy, flavor forward, and potent, checking all of the boxes of what Erik Espinosa tagged as the “La Zona state of mind.” Erik has carved out a full-bodied niche that has spread industry wide, garnering a legion of loyal fans in his wake. An uprising of pepper, cream, and rich tobacco flavors permeate this cigar’s delectable repertoire, pleasing hardcore fans of the bold-smokers; if that’s you, Eminent Domain is far and away worth the look. And don’t be surprised if you come back for seconds.

If I were to ask you to give me a list of five buzzworthy blenders in the business today, the chances are good that both A.J. Fernandez and Jose “Jochy” Blanco would sit near the top. San Lotano Dominicano brings them both together for a collaboration that is definitively like no other. With its binder tobaccos sourced from Blanco’s Tabacalera Palma in the Dominican, and fillers from Fernandez’s farm in Nicaragua, you’ll experience the best of both countries – and blenders – in one fell swoop. If that wasn’t enough to get you salivating, consider that cigar is topped by an exotic Brazilian wrapper. Put them all together, and the result is summed up best as smooth, spicy, and sweet. San Lotano Dominicano isn’t merely the collaboration I mentioned earlier – it’s a dream team. If you’ve been suffering from a bored palate, Dominicano is anything but.

If you were to do a quick Google search, you might be led to believe that authentic Corojo is a thing of the past. But Christian Eiroa has a dirty little secret: Christian’s father was able to get original Cuban Corojo seeds and brought them with him to Honduras. Since then, the Eiroa family has remained the sole proprietors of this popular varietal. That brings me to Eiroa Dark. Getting its name from the higher Corojo primings used in the blend, the leaves are naturally shaded in their hue due to the amount of sunlight they receive, and nothing is added to bolster the effect. The cigar is creamy with strong notes of mocha and a sweet, creamy character. It’s not complex, but then again, it’s not meant to be. If you’re a fan of Corojo, and especially of Christian’s CLE and Eiroa cigars, Eiroa Dark should definitely be on your radar.

What are some new cigars that have made residence in your humidor? What do you think of these new cigars? Let me know in the comments below! And be on the lookout for our next edition of Top New Cigars!

2019 CA Report: 8 Top-Rated Naturally Sweet Cigars, and How They Got That Way