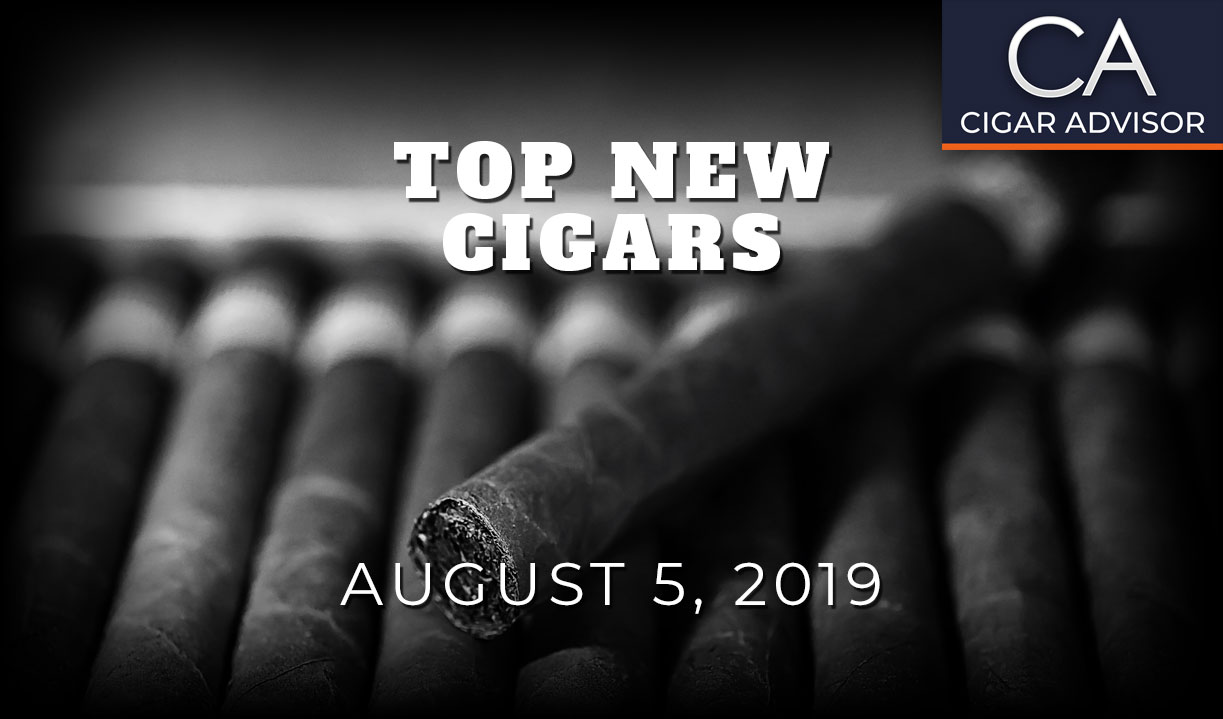 There are two separate camps in the cigar world. First, we have those who have unearthed a signature flavor that resonates with their palate, and second, we have the wanderers…tobacco enthusiasts who have embarked on an endless journey of flavor in search of the next cigar that’s going to make a lasting impression. No matter which of these camps you call home, there’s value in looking for new cigars, because one of them just might dethrone the most coveted blend in your humidor.

You never know if you don’t try, right?

As we pass into August, I’ll remind you that there’s still plenty of warm weather ahead to get out and enjoy some amazing cigars with friends and family alike. In Top New Cigars, we’re highlighting some of the best new cigars of 2019, and this edition is packed to the gills with fresh releases from Acid, Crowned Heads, C.L.E. Cigars, and La Gloria Cubana. Check out these recent debuts that we think are worth the look.

It could be argued that La Gloria Cubana helped jumpstart the Cigar Boom in 1992 when a then-new publication, Cigar Aficionado, scored four of their blends at 90 or higher – beating out many of the longstanding veterans of the time in the industry. Tobacco enthusiasts were scavenging for a new era of flavor, and La Gloria Cubana delivered. Today, nearly 30 years later, they continue their tradition of flavor innovation with La Gloria Cubana Spanish Press. The smoke is full-bodied, properly stout and peppery, with a toast-like woody note that still finishes smooth. If you want to be whisked off to cigar la-la land, pair this with a sweeter spirit, crank up your favorite tunes, and prepare to indulge.

Crowned Heads’ Le Careme Belicosos Finos 2019, the sophomore release of the hit LE 2018, sports the same blend but is now offered in a more common shape, a slight, but important departure from its box-pressed predecessor. The cigar now burns slightly longer, and with added complexity. From its lofty smoke, you’ll be awarded with an array of succulent flavors like raisin, caramel, and a dash of smoky fruit, thanks to the E.P. Carrillo family at the La Alianza Factory in the Dominican Republic.

“When we released the 2018 LE, we knew we had something special,” said Jon Huber, Crowned Heads co-founder, in a company press release. “But we really had no idea that the Le Careme Belicosos Fino would go on to do what it did. We actually had made the decision to produce the LE 2019 in September last year, well before the annual ‘awards season’ came into play.”

If you are on the hunt for a bucket list cigar, Le Careme Belicosos Finos 2019 is a full-bodied answer to any connoisseur’s desert island compilation.

Since 1963, Christian Eiroa’s father Julio has resided in the Jamastran Valley of Honduras and is widely known in the industry for growing the only authentic Cuban Corojo seeds there since the 1980s. Regarding the new release of Eiroa Jamastran, Christian said, “I wanted to celebrate the Jamastran Valley that’s been so good to my father.” The cigar is a Tobacconists’ Association of America exclusive, and as such, has limited availability. Considering its position in the pricier range of cigars, I still think the value here is weighted more toward the consumer. There aren’t details on the specific tobaccos used, aside from the call out of higher primings being chosen for the wrapper, but it’s clear that careful consideration went into the blend. It’s evidenced by a voluminous smoke that pours from the foot after lighting, awakening a complex variety of flavors from sweet spices, to tangy earth, and a nutty finish. It may not become your everyday cigar, but it makes a strong case to make its way into your humidor for enjoyment on special occasions.

This year being Acid’s 20th Anniversary, Drew Estate has already released a flurry of new cigars, and even more are coming down the pipeline in the coming months. Among them is Acid Plush. Medium in body and infused with a proprietary blend of more than 140 herbs and botanicals, the cigar is rich, aromatic, and creamy, with a hint of gentle spice. As part of the Purple lineup of the Acid family, it’s noted for being among the strongest of the Acid portfolio – but don’t let that scare you off…Acid Plush is anything but overpowering. In my opinion, Plush can resonate with smokers who don’t prefer flavored cigars as its tobacco notes shine through the infusion. If you were looking for a cigar that can deliver more sweetness in flavor and aroma than a traditional cigar, Acid Plush might bridge the gap for you.

Have you ever purchased a single stick and loved it, only to have to run back out to the store or reorder a second online? You won’t have that problem with Acid Croqueta; each cigar comes in a tube of two. Also finding itself in the Purple category, like the Plush above, it’s slightly edgier thanks to a Mexican San Andres wrapper. At 2.5 inches in length, the cigar delivers a satisfying bouquet of thick, delicious smoke that’s sweet, lush, and pleasant in aroma – all in a short format that lends itself to enjoyment in those fleeting free moments of life’s busy schedule. So, if you’re on the fence about Acid, Croqueta can give you a quick window into its flavor profile. And if you love it, the next one is ready to go.

Did any of these newbies tickle your fancy? If not, there will be another edition of Top New Cigars in two weeks! Until then, drop me a line in the comments below and let me know what smokes you’ve been enjoying…

Reading Time: 7 minutes A cigar that’s sure to please a mixed bag of enthusiasts, from full-bodied Nicaraguan tobacco fans to those looking to expand their cigar horizons. But, how does this cigar compare to other Garcia and La Aroma de Cuba blends? We’re here to give it the cigar panel review treatment and find out!

Reading Time: 4 minutes Are the cigars in your humidor looking a little too familiar? Click here to see this month’s trending sticks that are worth a gander, including new cigars from CLE, AJ Fernandez and a Famous Exclusive…