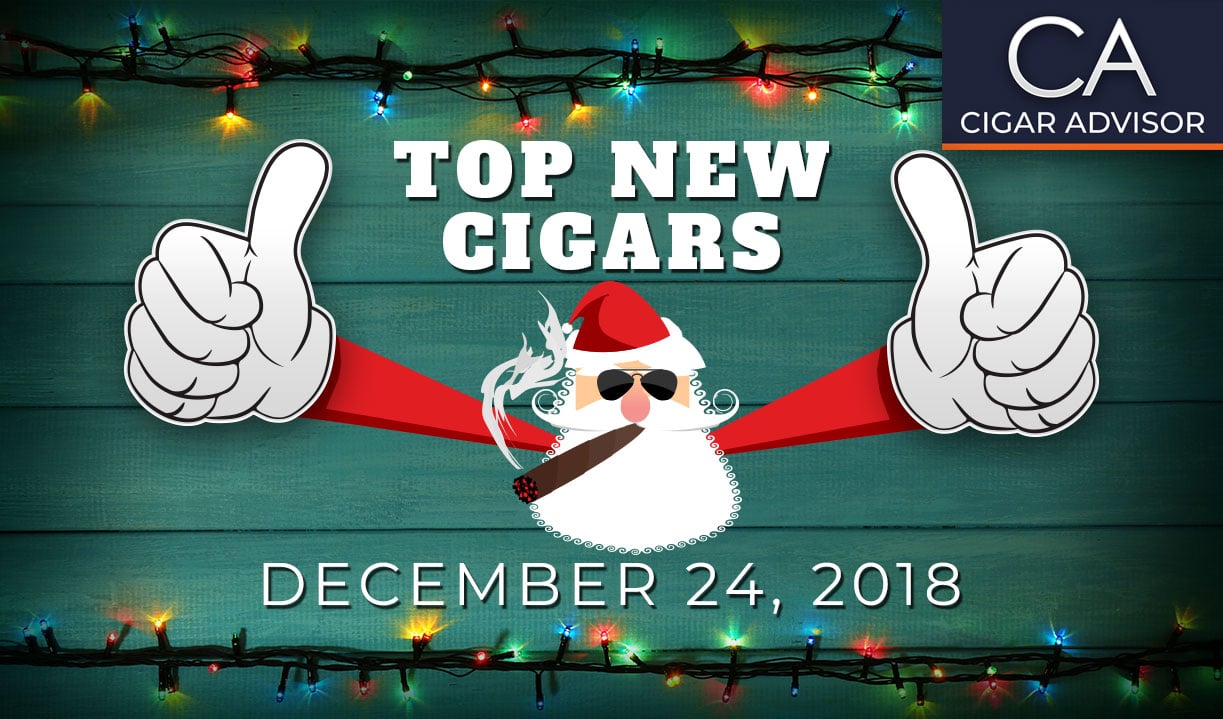 The Christmas rush has hit its peak: the stores are crowded, traffic is wild, the credit card has nearly caught fire from being swiped so many times…and you – well, you just want to throw your feet up by the fire and smoke away the holiday stress with a good smoke and a drink. Sure, it’ll all come out fine and be worth the heavy lifting in the end; but it’s worth your while to sneak in a little something special for yourself amidst the madness. Time to take care of #1 – and while we’re at it, let’s make this a new cigar experience, with five of the top names in the business…

It’s not often we think to check the La Gloria bin for new cigars…but for those of you in the know, La Gloria Cubana has always been a sleeper; and that’s no different with La Glora Cubana Esteli. With Honduran binder and fillers draped in a luxurious Nicaraguan Jalapa wrapper, one can expect spicy, nutty notes that are big on flavor without being too powerful. Affordability is key, as we know holiday budgets are tight – so when you find a new premium this far below the $5/cigar mark, you’ll be glad that you’re in on the La Gloria secret.

With all the shopping you’ve been doing for the holidays, you’re probably chomping at the bit for a great cigar, only to be foiled by the laughter you swear you keep hearing when you check your credit balance. CAO Nicaragua offers the full-bodied experience you crave with a peppery Jamastran wrapper and Honduran fillers, and it does so without breaking the bank. Luckily for you, quality doesn’t need to be expensive. Nab some of these babies and you’ll still have plenty left over to buy slipper socks for Mom.

The fireplace won’t stay lit, the Christmas turkey burned in the oven, and Uncle Freddy can’t seem to keep from falling out of his chair anymore. You might think that there’s no hope; but then Hoyo La Amistad Black appeared — and AJ Fernandez crafted this one to perfection! The Ecuadorian Sumatra Oscuro wrapper and Nicaraguan Habano fillers boldly dance on your palate with hints of cinnamon and spices. You may not be able to cancel Christmas, but this cigar will help you survive it!

You’ve been breaking your back all morning shoveling snow while your neighbor with the trust fund just busted out his brand-new snow blower. And shocker — he wasn’t planning on doing you a solid. You’ll still get it done, but when you do, you’re going to need a strong drink and a strong cigar. That’s where Punch Diablo comes in. Rolled out of the AJ Fernandez factory in Nicaragua, these cigars are treated to an Ecuador Sumatra Oscuro wrapper atop Nicaraguan and Honduran ligero fillers – and boy, do they pack a Punch (pun intended)! Diablo’s hefty notes of leather and coffee will melt your winter blues away in no time.

Picture it: It’s 11:55 p.m. on New Year’s Eve and you’ve already forked out the dough for that bottle of Dom Pérignon, so why hold back for your celebratory holiday cigar? When it comes to super-premiums, it’s hard to find a better example than Partagas Legend. Elegantly dressed in a Connecticut Broadleaf wrapper that’s been carefully paired with Piloto Cubano fillers, you’ll expect notes of cocoa and leather with a creamy, vanilla finish. Bring these to the party and the next Legend is going to be you.

What’s your Christmas Eve smoke of choice? Share it in a comment below…and keep an eye out for our next Top New Cigars report!

Reading Time: 2 minutes Another twist in our boozy cigar pairings: a pale Pinot Grigio and a swarthy RyJ Montague. You may be thinking, “White wine with a dark cigar…does that even work?” Indeed, it does – and not just because we said so. Read the pairing info inside to see how!