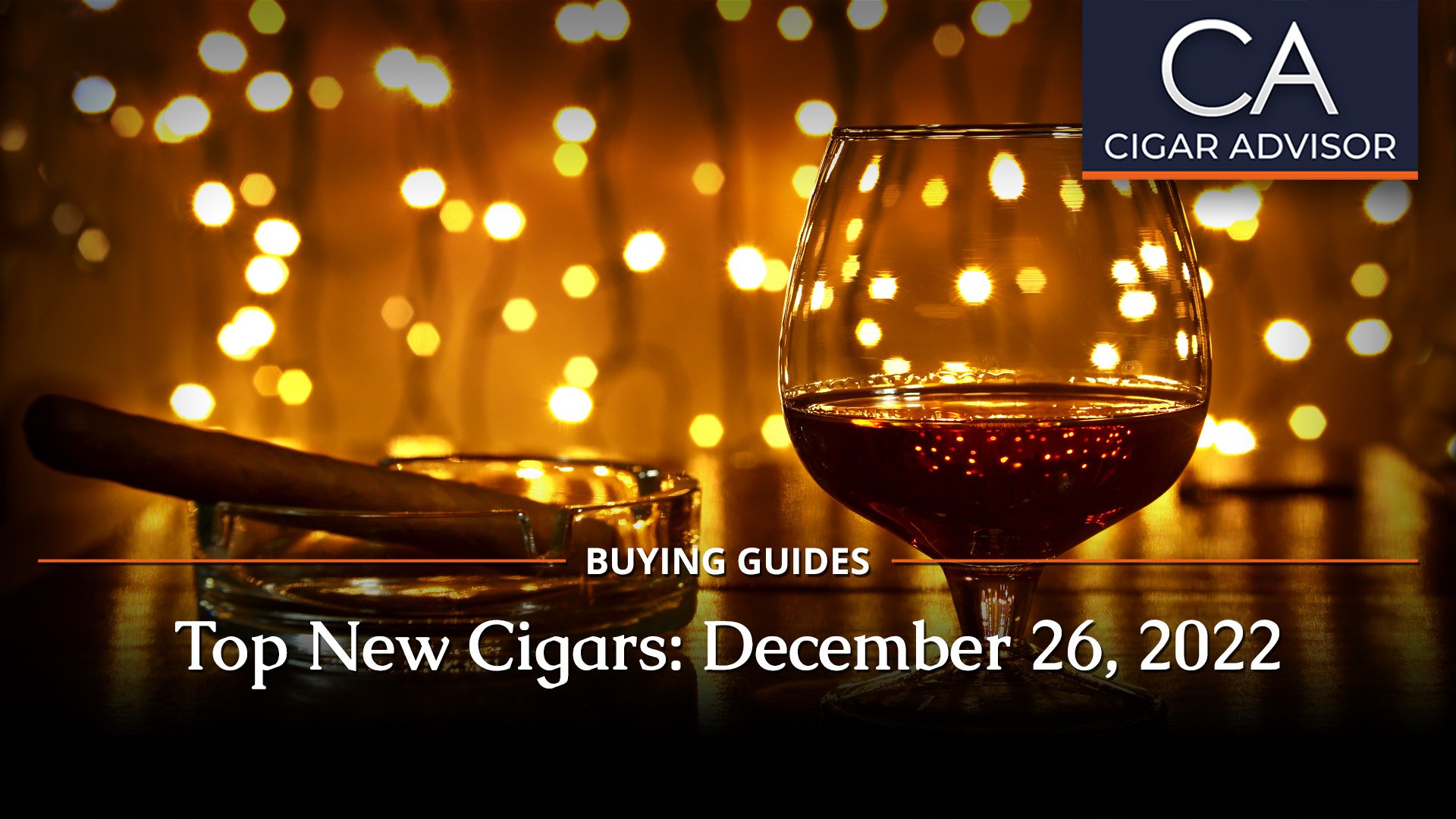 If you’re reading this, congratulations! You survived the holidays. Now that the dust has settled, it’s time to destress. What better way to do it than with a brand-new cigar? This week, I’ve got three you should know about. First, a Famous exclusive from Foundation that completely blew our minds. And then, fresh additions to popular lines from CAO and AJ Fernandez. I’ll review each one so you can decide whether it’s deserving of a spot in your prized humidor. Sit down, relax, take a load off. I’ve got your back.

Hard to say. Easy to love. Pronounced, ‘El Whey-When-Say’ Güegüense means “The Wise Man” and it’s won an endless list of high ratings and awards, including the #3 Cigar of the Year from Cigar Aficionado. That’s why we were elated when Foundation’s Nick Melillo unveiled a new El Gueguense as a Famous Smoke Shop exclusive cigar.

“We were pleased to work with such a respected tobacconist as Famous Smoke Shop to craft this beautiful Box Press Toro. It is a special complement to our El Güegüense line,” said Foundation founder, Nicholas Melillo.

We unearthed notes of cedar, sweet spices, caramel, and a perfect dose of pepper in every medium-bodied puff. This limited edition is already moving fast. Don’t say I didn’t warn ya!

The secret behind CAO Amazon Basin is its prized Braganca filler leaf, grown in the heart of the Amazonian rainforest and only harvested once every three years. For Amazon Basin Extra Añejo, they’ve gone the extra mile with aging. In fact, Extra Añejo itself means old in Spanish. This process gives the cigar a richer swath of its exotic, spicy flavors.

“When we launched Amazon Basin,” said senior CAO brand manager, Ed Lahmann, “we were the first in the world to use tobacco from the Amazon. Today, CAO Amazon Basin still stands out as one of the most important blends we have ever developed.”

Maybe it’s time your taste buds get a tropical vacation of their own. Let me know what you think if you give Extra Añejo a go!

El Dorado—the mythical Golden City. It was never found, though many explorers died searching. But some say that AJ Fernandez found his own treasure. In 2017, AJ broke ground on a new farm and immediately noticed the soil had a distinct golden hue. As such, he named the farm (and this cigar) El Dorado. This latest New World blend was crafted with pristine tobaccos from El Dorado’s inaugural harvest. On the palate, New World El Dorado is sweet, aromatic, earthy, and pleasantly dead center in terms of body and strength. AJ might be known for his powerhouse creations, but he’s proved once again that he’s anything but a one-trick pony.

How do you know if / when buying a highly rated cigar that it is from the same batch or even crop of the rated cigar? Wine is done by year as example, not sure how to tell for a cigar? Why would the number #1 or #20 from 2021 be worthy buy in 2022?
Thanks!

Hey Cliff, Thanks for reading and great question!

Like wine, cigars that are in regular production go through many different ‘crop years’. Unlike wine, most blends don’t really call out the vintage (though some, especially small batch offerings, will do this).

The most common practice for production smokes sees the blender tweaking it each year to give a cigar the same flavor profile. Different growing seasons yield varying results in tobacco flavor and strength, so he may add more/less of the filler tobaccos, or a higher/lower priming to compensate for the differences.

Hope this answers your question. In my opinion, it’s still worth trying a highly-rated cigar even years after its victory…just as long as the profile matches what you want to smoke.