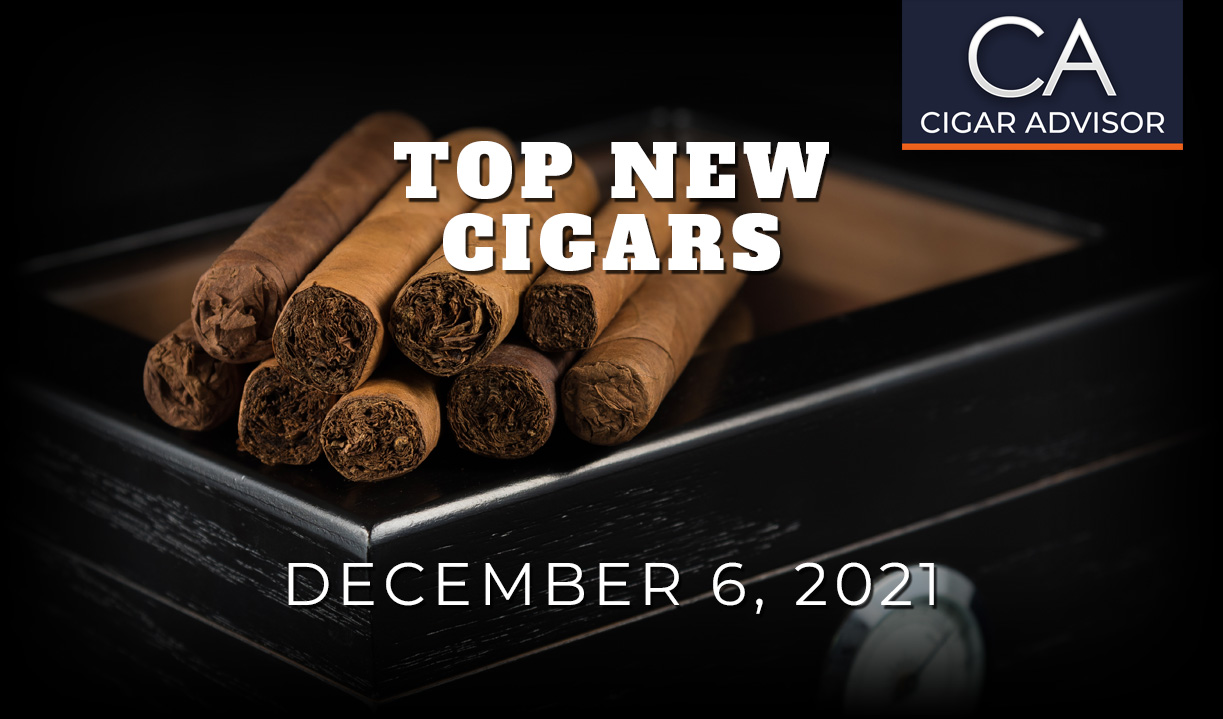 The Best New Cigars in the Famous Smoke Shop Humidor:

I have to say it. Even at the risk of alienating some of you—the truth must be told. All I Want for Christmas is You by Mariah Carey is vastly overrated as a holiday classic. I’ll even double down and say that Run, Run, Rudolph (Chuck Berry), Santa Baby (Eartha Kitt), Fairytale of New York (The Pogues), Christmas in Hollis (Run-DMC), and Mele Kalikimaka (Bing Crosby) are better. All of them. I’m not saying Mariah’s Christmas song—schmaltzy and saccharine as it may be—is bad, rather it’s just not for me. In all fairness, it boils down to personal preference—and Christmas songs are kind of like cigars in that way. Which brings us to this early December edition of Top New Cigars at Famous Smoke Shop—featuring large vitola blends from Asylum, Undercrown, and Hoyo de Monterrey to help you prepare for the holidays.

Have you enjoyed a new cigar that you think should be on our must-smoke list? We’d love to hear from you! Please give us the details in the comments below!

Asylum 9 was crafted by Tom Lazuka and Christian Eiroa to mark the brand’s 9th anniversary. With a specially selected blend of Honduran tobaccos, and available in 2 large format vitolas—a hefty 7×70 and the signature 11/18 Figurado. Asylum Nine greets you with a lasting range of flavors including peppery spice, earthiness, espresso, leather, and toast. The cigar maintains its medium-bodied strength throughout and is balanced, and approachable down to the finger-burning nub. Give Asylum 9 a try to taste a premium Honduran puro done the right way.

Undercrown Dojo Dogma Maduro is an annual, limited-edition collaboration cigar that’s becoming harder and harder to find. The blend—based on the Undercrown Corona Viva—features a toothy Mexican San Andres wrapper leaf harvested 4 weeks later than usual, which results in a higher natural sugar content and a richer, creamier flavor. The Undercrown Dogma Maduro is completed with a Connecticut stalk-cut and stalk-cured Habano binder hugging Nicaraguan Habano and Brazilian Mata Fina long filler tobaccos. The 2021 edition is a medium-to-full-bodied, 6 x 56 box pressed powerhouse featuring a rich and smooth flavor profile with accents of chocolate and leather. Pick up the Undercrown Dojo Dogma Maduro and see what the cigar connoisseurs and Drew Estate hounds have been raving about.

The third collaboration between AJ Fernandez and Hoyo de Monterrey, the Hoyo la Amistad Black is the most full-bodied blend yet. This time around, AJ was challenged to create a cigar that incorporates the essence of Hoyo without losing the Nicaraguan heart and soul that put him on the map. He was up to the task and exceeded his mandate by delivering a cigar cloaked in an Ecuadorian Sumatra Oscuro wrapper over a Mexican San Andres binder and premium Nicaraguan Habano long filler tobaccos. The entertaining and layered flavor profile includes notes of cinnamon, red pepper, black pepper, rich tobacco, and leather. Try the Hoyo la Amistad Black to experience big, bold Nicaraguan flavor.

The Rocky Patel Disciple is awesome in the larger ring gauge as well! Going to try all of these recommended selections… starting with the Liga Privada Undercrown! Right in my wheelhouse!

Thanks for the comment. The Undercrown Dogma Maduro is an excellent cigar, especially if you’re a fan of the richness of a first-rate San Andres Maduro wrapper. Best to you and yours over the holidays!

Reading Time: 18 minutes It’s another top-to-bottom taste test: this time, we’re taking on the entire lineup of Punch cigars available at Famous Smoke. Click here to see our reviews, and some quick tips on what you can expect from these cigars!