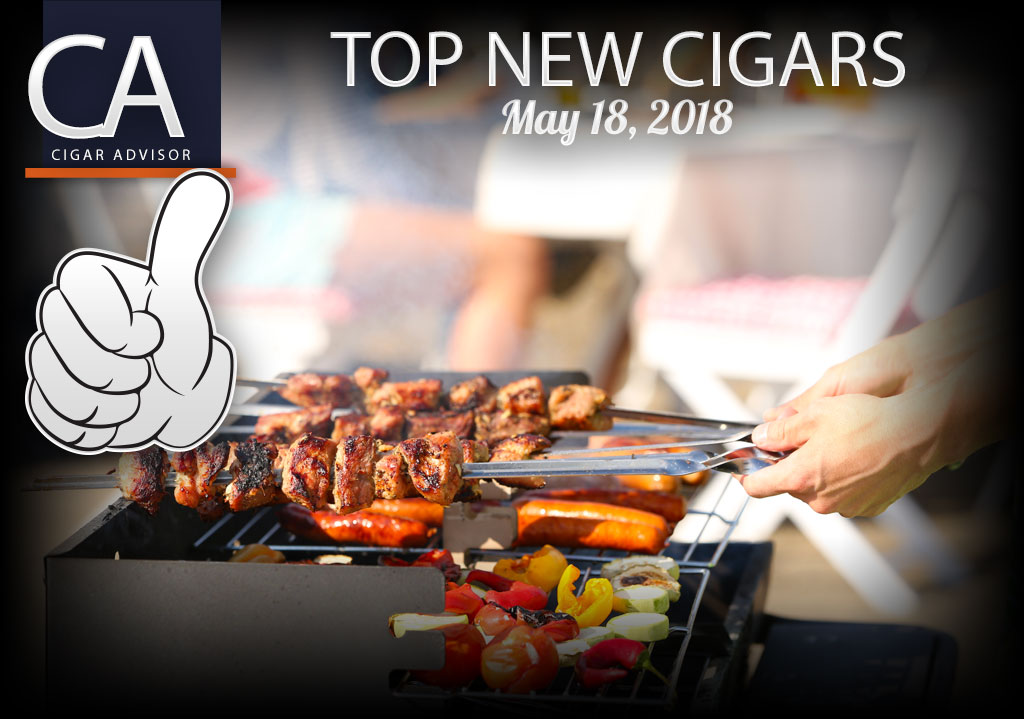 Spruce up the ashtray, cut the grass, and fire up the grill – we have more Top New Cigars to kick off your summer. Here on the East Coast, we’ve reached that critical point in the year where decks re-emerge, and barbeque becomes an official meal once again. Now that Summer holidays are just a stone’s throw away it’s time we deliver you those hot new cigars to pass around for weekend pig roasts and pool parties.

This week we’ve got a soon-to-be-classic from Henry Clay, a rare Romeo, a boutique gem, and something festive from our friends at CAO.

Charcoal or propane, it doesn’t matter when you’ve got grade A meats, great friends and premiums cigars. While Henry Clay is an American classic, the new Cheroot shape brings the same full-bodied blend in a special, longer and thinner format.

In an ode to the Red, White & Blue, this cigar uses both US-grown Connecticut Broadleaf wrapper and binder over a special blend of ‘reborn’ Dominican and Honduran fillers. Whether you’re grilling some filet mignon or good old hot dogs, Henry Clay Rustic Cheroots are the perfect companion for an afternoon of beer and merriment.

Special days by the pool call for a special cigar which is why we brought in the Romeo y Julieta Reserve Rare Corojo 2006. A limited run cigar that features a rare, 2006 vintage Corojo wrapper harvested from the Copan Valley. Masterfully blended, constructed and aged by the famed Grupo de Maestros, this limited run cigar is only available in a stunning 6 x 54 toro. A perfect pairing for a perfect day, snag these up while you can!

Memorial Day festivities call for festive cigars and what better cigar than the new CAO Zocalo- a proverbial piñata of rich tobacco. With a Cinco de Mayo debut, this beautifully wrapped Mexican-themed cigar is perfect for when the tequila starts to flow. In keeping with the Mexican theme, this cigar uses a swarthy Mexican San Andres Maduro wrapper over a Cameroon binder and a fiesta of Nicaraguan fillers. With rich notes of pepper, earth, and a graham cracker sweetness, these cigars make the ultimate companion to any holiday bash.

The big parties are over; it’s time to curl up by the fire pit with some Scotch and a boutique gem, Cornelius & Anthony Aerial. This fine cigar brings an exuberant smoke steeped in creamy, citrus, and peppery flavors. Aerial is a flawlessly light and sweet cigar covered in a velvety Connecticut Shade wrapper over an undisclosed US-grown binder, the same mystery leaf used in the highly rated Señor Esugars, and an all Nicaraguan filler blend. Throw a glass of Scotch or port to the mix and you’ve got the stuff of dreams.

That’s it for this week. Keep your eyes peeled for the next edition of Top New Cigars!