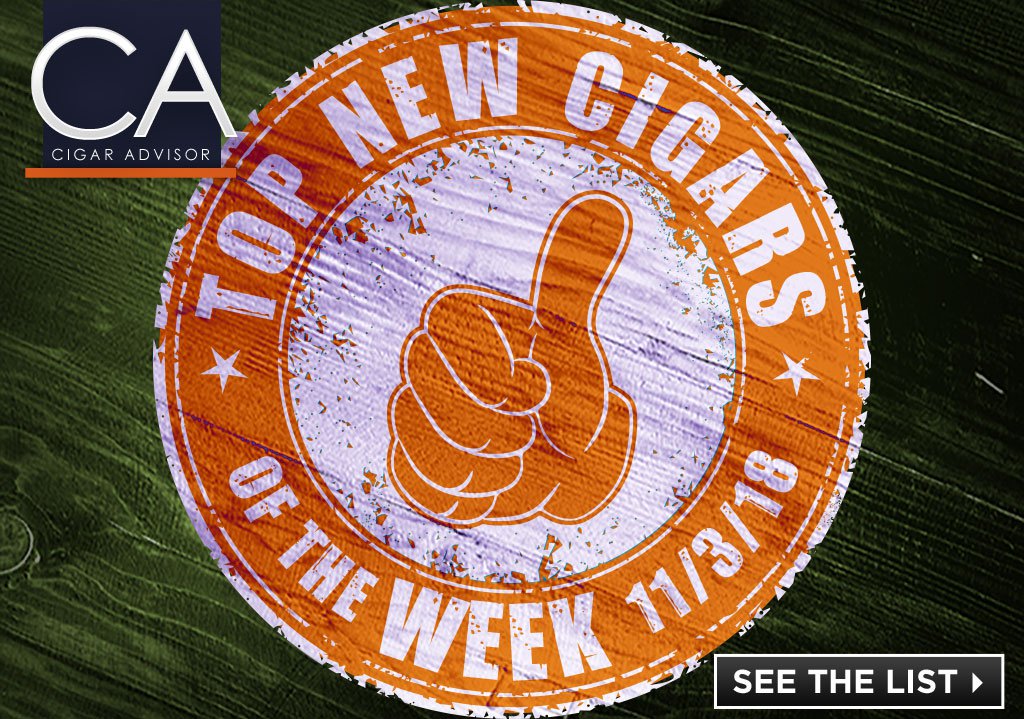 We’re back! Wait, we have new cigars, has it been that long? We’re just in time to clean up the Halloween decorations and tidy up the house for Thanksgiving. This week we’ve brought some of the finest, rarest, and (of course) newest cigars from Rocky Patel. Whether you’re tearing TP off the trees or pre-ordering that Thanksgiving turkey, we’ve got a new cigar for you!

Back for more? Rocky’s going for seconds like Uncle Frank for his giblets & gravy. More than a decade (ha!) after Olde World Reserve’s initial launch, the brand has gotten some re-blending, new boxes and new bands. The sumptuous Costa Rican Maduro shown below is expertly made at the Tavicusa factory in Esteli; the fiery Corojo-wrapper version hails from Danli’s Paraiso factory. And already earning high ratings, the new Olde World seems to be the best of both worlds (this pun actually intended).

While mischief night remnants may prove as legendary its clean ups, Rocky gets the importance of taking care of the house. Which is why he’s honoring the 10th anniversary of his famed Tavicusa factory with a cigar of its very own. Clad in a true-blue San Andres Maduro wrapper with an all-Nicaraguan core blend, expect a cornucopia of toasted cedar, robust pepper, and natural sweetness to ease the clean-up blues.

Third time’s the charm: Rocky’s Master Blender Hamlet Paredes debuted Liberation, Hamlet’s third cigar, at the 2018 IPCPR show to much anticipation. Just like a mall owner itching to flip the switch to Christmas music, we’ve been itching to get our hands on this sumptuous figurado. Like the oppressive summer heat we’re now past, Hamlet chose to liberate himself from the norm and produce a single shape cigar that features a uniquely tapered figurado head with an unfinished shaggy foot. Throw in a blend of premium Nicaraguan and Honduran long fillers, Nicaraguan binder, and a sinfully delicious Ecuadorian Habano wrapper and you’ve got a slice of cigar heaven.

Like trick or treating in a Mercedes, Rocky Patel’s ALR cigars are luxury-class. “ALR”  meaning Aged, Limited and Rare, this cigar is the first in a series of small batch releases. Rocky set himself for a spike when he took a select batch of fully rolled cigars and added an extra three years of aging. Blended with an all-Nicaraguan filler and binder blend covered with a silky smooth Ecuadorian Habano-seed wrapper, you’ll find a myriad of cocoa, earth, pepper, and roasted coffee, with a smooth finish in a medium body.

That’s it for this week. Stay smoky, and stay tuned for more new cigars in our next report!

Read More
Cigar Ratings & Reviews
Looking for a cigar that goes great after dinner, or pretty much after anything? It's the Aging Room Small Batch Quattro F55M, and it's My Weekend Cigar. If you love cigars rolled in top-grade San Andrés maduro wrapper, this cigar delivers - see what else I have to say about My Weekend Cigar, in this short review!
Read More