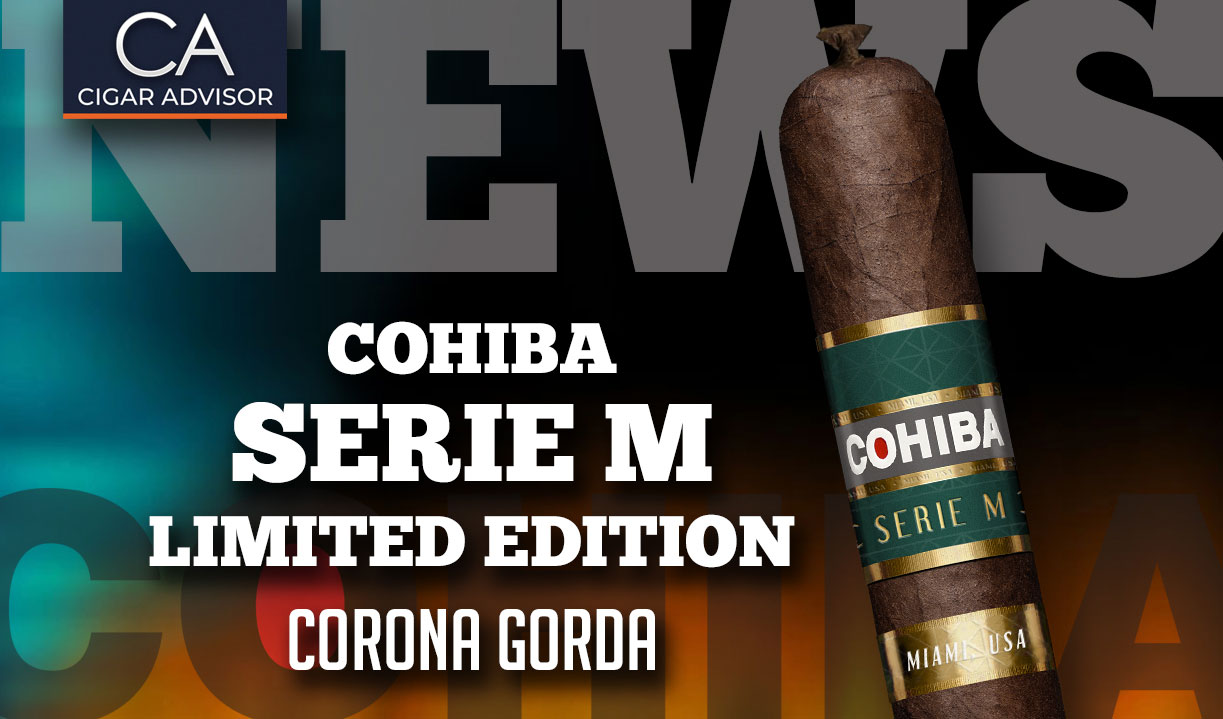 MARCH, 22, 2022 – Cohiba Serie M, the first Cohiba cigars selection to be handcrafted in the United States, is debuting a new, limited edition Corona Gorda size. Presented in 10-count boxes, the new frontmark—limited to only 5,000 boxes—will begin shipping to retailers on April 4.

“Since its debut a year ago, Cohiba Serie M has been a resounding success,” said Cohiba Brand Ambassador, Sean Williams. “We’ve received high praise from cigar media, shop owners, and cigar lovers who have called it one of the most exciting Cohiba blends they have ever smoked.”

Handmade in the “Old-World” Tradition

“Together with Sandy Cobas (El Titán de Bronze owner) and her team, we’re proud to release the blend in a new size, giving cigar connoisseurs another opportunity to experience the artistry of Serie M,” added Mr. Williams.