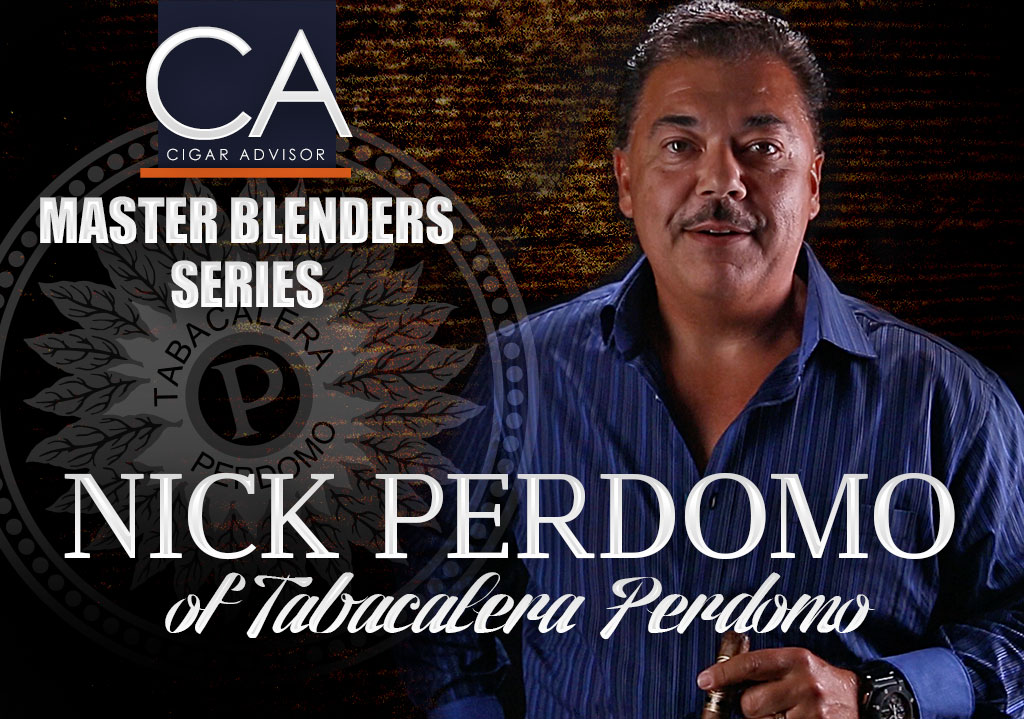 If you’ve been reading Cigar Advisor for a while, you’ll remember Nick Perdomo’s series about tobacco farming in Nicaragua that we ran a few years ago. Since then, Nick and his team in Estelí have produced some of the best cigars to come out of Tabacalera Perdomo. Among them are the Perdomo 20th Anniversary, Perdomo Double Aged 12 Year Vintage, and Perdomo Small Batch 2005 selections. Thinking that it was about time we caught-up, I recently spoke to Nick about his latest cigars, the Cuban embargo debate, and the state of the cigar industry.

CigarAdvisor: One of the things that defines Tabacalera Perdomo is combining traditional Cuban tobacco growing and aging methods with new technology. Have there been any changes in that regard, or to the state of tobacco farming in Nicaragua that you’d like to share?

Nick Perdomo: Gary, we continue using our traditional Cuban methods that my Dad and my Grandfather taught me through their vast years of experience in the premium cigar industry. But we also believe in newer advance technologies and we really study them to make sure that they are optimum for our company. For example, instead of using traditional soil analysis on all of our farms, we use global positioning and a drone system that utilizes infrared heat. With this new breaking technology, we are able to tell the exact amount of fertilization per parts per million that we need to use in each and every one of our lots and farms throughout all of our growing regions and this is producing even greater crops.

C.A.: The Perdomo 20th Anniversary and Double Aged 12 Year Vintage cigars are blended with barrel-aged tobaccos. I know this is something you’ve been doing for years, but can you tell us a little more about barrel-aging, or as you call it, the “double-aging” process?

N.P.: Barrel-aging is extremely important to us and we have been doing it for over 13 years. My father taught me that once tobacco is completely fermented, we can give it an additional fermentation and aging period utilizing the finest bourbon barrels. By American law, bourbon must stay in its barrels for a minimum of 60 months. This causes a tremendous amount of alcohol to be imbedded in the French oak. These barrels are charred on the inside, and once the aged tobaccos are deposited in the barrels, the free radicals from the alcohol create another fermentation process by evening out the colors of the tobaccos and creating smoother types of tobaccos while maintaining their richness. The natural charring becomes a filtering agent for the tobaccos, and because French oak is very porous, it allows the tobaccos to breathe and continue this special fermentation period. It is that special attention to detail that separates the tastes of our tobaccos and makes them rich, complex and so flavorful.

Now with regard to our 20th Anniversary, which was awarded “2014 Nicaraguan Cigar of the Year,” this cigar employs barrel aged wrappers both in Cuban seed sun-grown and Cuban seed maduro wrappers. What makes this cigar so special is that it utilizes tobaccos from all of our prized growing fields.

The 12 Year Double Aged Vintage was a special project that inspired me to create a brand that showed my love for fine bourbon and single malt scotch. We took our prized 2001/2002 crop and utilized the top ten percent of our fillers, binders and wrappers, including some very special wrappers from the Connecticut Valley as one of the wrapper options. The tobaccos were aged in their bulks and bales, and after the sorting and selecting process these exquisite tobaccos were aged an additional two years in the finest bourbon barrels. The tobaccos are 12 years old! Only 200 accounts in the U.S. received this very special cigar and less than 400,000 cigars were made worldwide for the 2015 year.

C.A.: I wrote a review of the Perdomo Small Batch 2005 Belicoso Connecticut, and plan on getting to the Sun Grown and Maduro versions soon. Is a limited edition Small Batch line something you were always planning to do, or was it prompted by the occurrence of so many short run boutique cigars now in the market?

N.P: No. The small batch line was an idea that came after the Perdomo 12 year Double Aged Vintage. The blend and size of the 12 Years tobaccos are medium to large leaves, but the tobacco plant also gives you small, medium and large leaves. We decided to take the small leaves and created the Perdomo Small Batch which has tobaccos from our 2005 crop and only the wrappers were aged in bourbon barrels. This cigar is selling extremely well and flying off the shelves. To answer your next question, this was not started because of so many short run boutique cigars in the market. I did short boutique runs in the early ‘90’s because I simply did not have enough tobacco to meet the demand of the whole country. I am also proud to say that every single cigar sold under the Perdomo name, from our inception to today, has always been made by the Perdomo family.

C.A.: Without giving away any spoilers, what products do you plan to showcase at the upcoming IPCPR trade show in New Orleans this summer?

N.P.: Only one, The Perdomo Factory Tour Selection Blend.

C.A.: During the Revolution of 1959, your late father, Nicholas Sr., and other members of your family suffered at the hands of the Castro regime before finally getting out of Cuba. The Cuban cigars issue aside, considering your contempt for the Castro brothers your discontent with the current White House administration, do you think any good will come from President Obama’s easing of the U.S. trade embargo with Cuba?

C.A.: OK, I guess we’ll leave it there. Speaking of administrations, how would you evaluate the progress the cigar manufacturers and retailers have made with regard to the FDA regulating premium cigars?

N.P.: Being on the Board of Directors of the Cigar Association of America and a founding member of the Cigar Rights of America we have worked extremely hard, but because of Washington, these last six and a half years have been brutal on all businesses including the premium cigar business. Yet, I will continue to fight for the rights of all cigar smokers and my entire workforce worldwide so we can continue producing fine premium cigars.

C.A.: In terms of where you see the premium handmade cigar business is headed, what are you most optimistic about?

N.P.: I always see the glass half full, never half empty, and because of my optimism, I feel our best days are ahead of us.

Great interview, Nick! Can’t wait to see what the next few years bring

Reading Time: 7 minutes Looking for the most innovative new cigar accessories? We’ve combed the market for the latest must-have cigar tools, from hi-tech hygrometers and smart humidors to LED lighters and more… if you’re ready to upgrade your cigar gear, consult this guide FIRST – see the list inside!