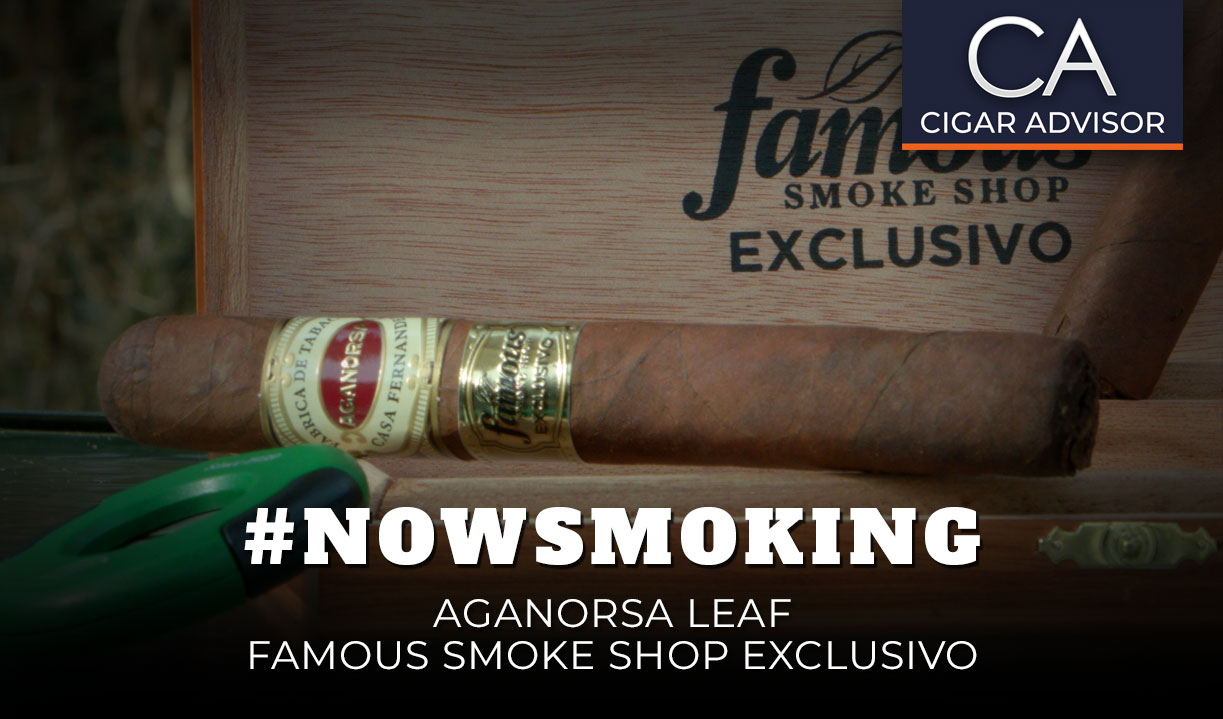 Presented in boxes of 10 cigars

One of Nicaragua’s largest producers of premium tobacco, Aganorsa Leaf has a long list of Famous exclusives like Siboney Reserve, JFR Lunatic Hysteria, and more. Their latest – Aganorsa Leaf Exclusivo – spotlights Aganorsa’s signature Shade Grown Corojo leaf found on blends like Guardian of the Farm Nightwatch. The varietal is proprietary to Aganorsa and uses a Corojo seed grown in the heart of Nicaragua’s Jalapa growing region. The plentiful nutrients from Nicaragua’s fertile, volcanic soils gives the tobacco more sweetness and the use of shade gives a more durable leaf that stands up to the rigors of Maduro fermentation. 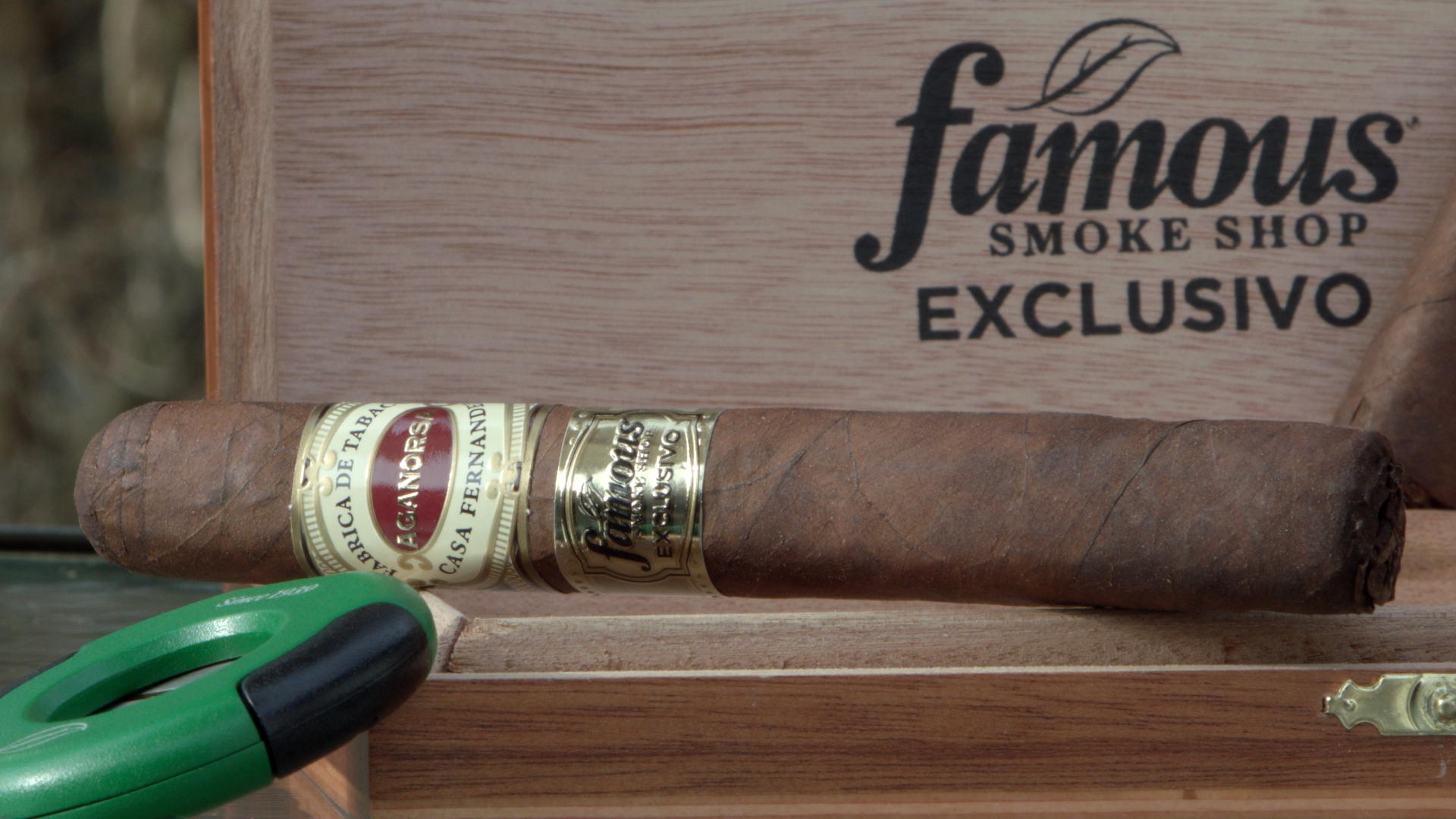 “When we tasted Aganorsa’s Corojo Shade, we knew we had to have one on a Famous Smoke Shop exclusive cigar. Every blend they’ve made with those wrappers has been utterly incredible,” said Jim Charnley, Famous Smoke Shop Director of Purchasing. “All I can say,” Charnley continued, “is that Terence [Reilly] and the rest of the Aganorsa family have exceeded our expectations yet again. This one and only shipment of Aganorsa Exclusivo is pure smoking bliss and the culmination of our long-lasting friendship.”

Will the cigar live up to Jim’s high praise? Join me while I find out! 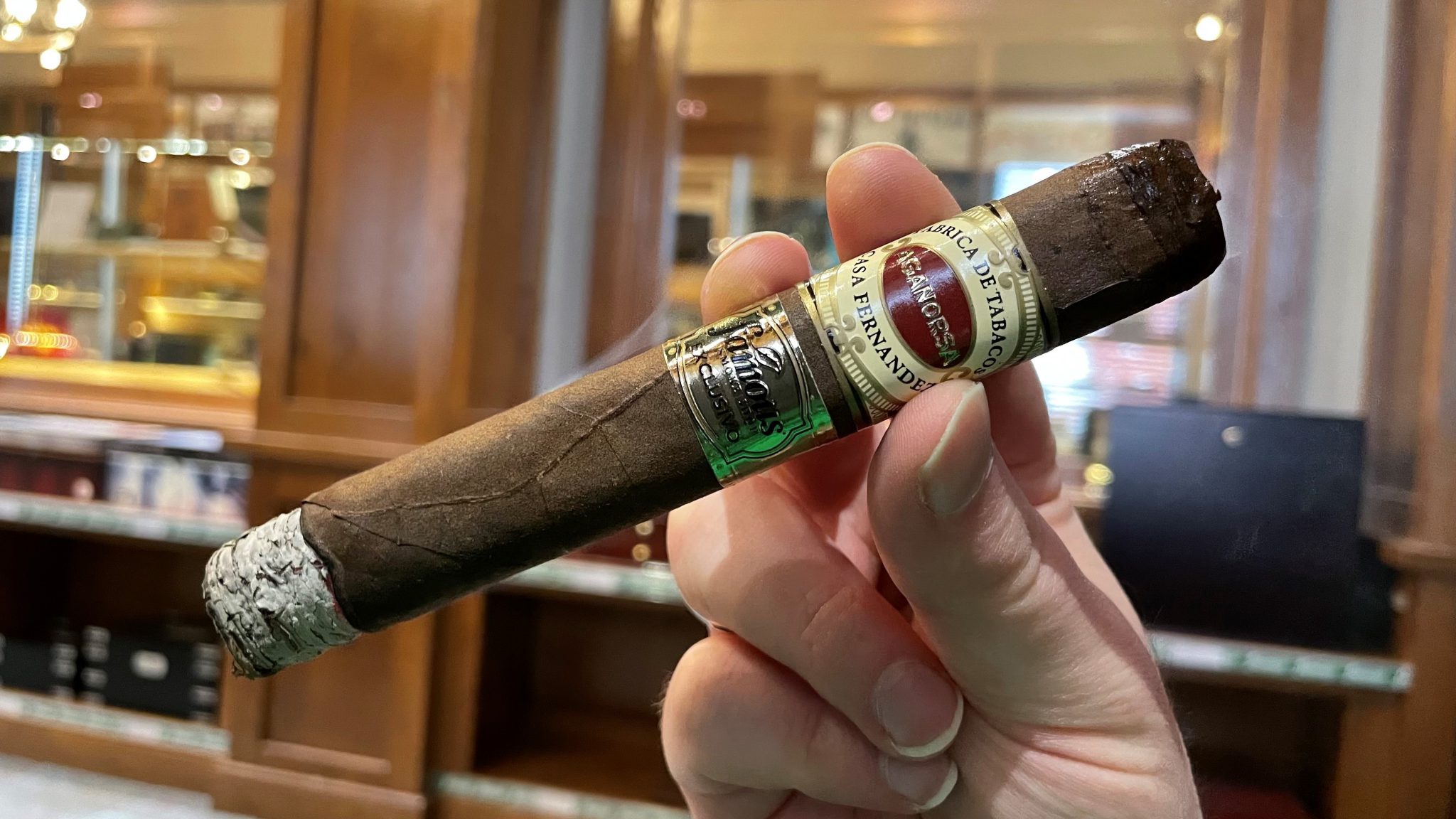 Not nearly as much spice as I typically get from Aganorsa’s sticks. It was medium-bodied, and fairly tame, even when I smoked it early in the day…with no breakfast. It might lack kick, but Aganorsa Exclusivo doesn’t lack flavor. Its first few puffs ooze light spice and dry wood. A little later on evolves with notes of fresh baked dough, a veggie sweetness, a little anise, and a dash of salty butter on the finish. 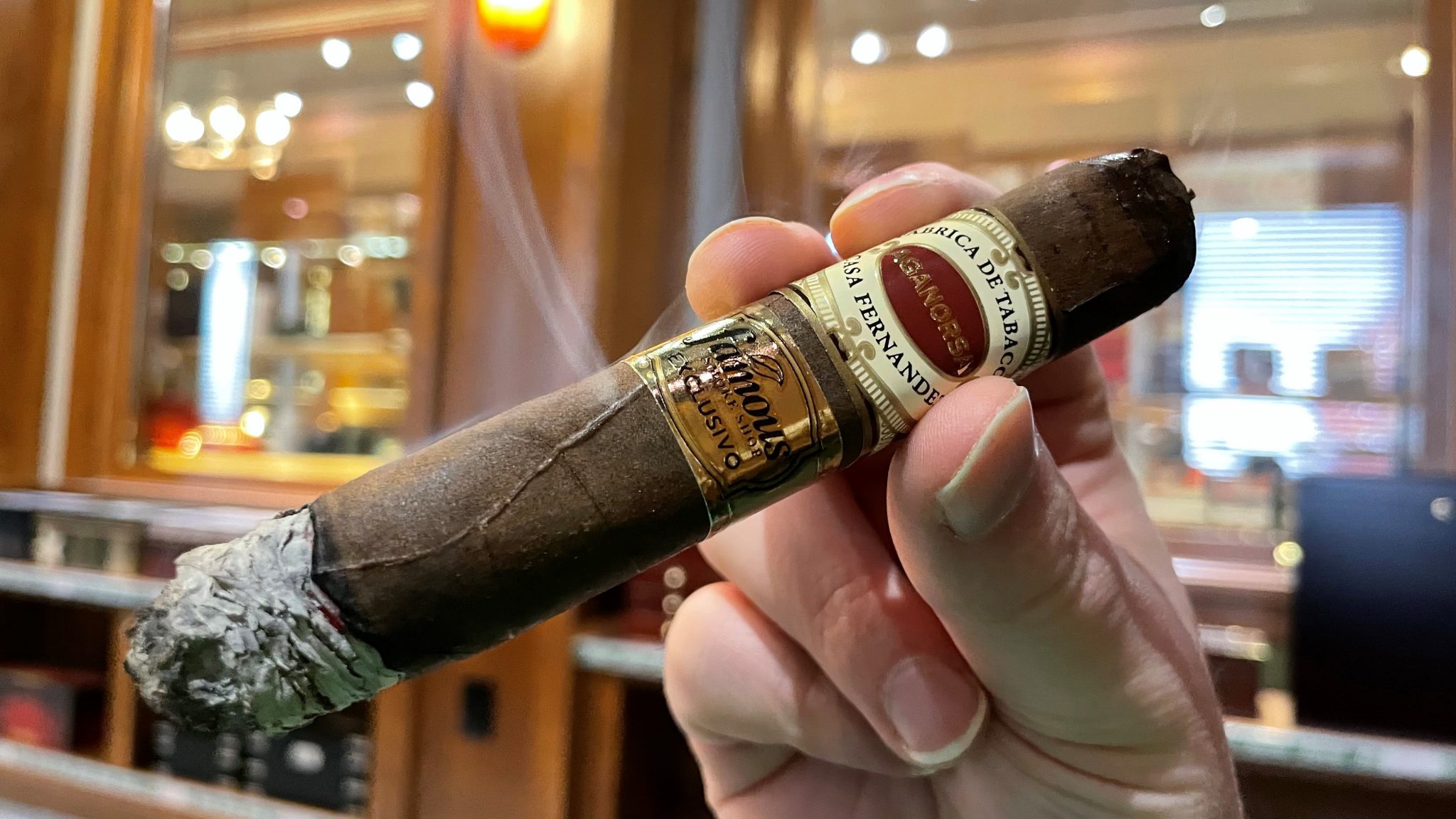 Even toward the halfway mark, still not much pepper to write about even though there’s more of it than I found at the beginning. But the nicotine is there. You feel every puff in your gut. To me it’s medium-bodied/full-strength. And that makes it a shoo-in for anyone stepping up to fuller-bodied cigars. That means you can chase the buzz without burning out your taste buds or nose if the buzz is your kind of thing. Plus, there’s a nice background flavor of dark roast coffee beans keeping things exciting. 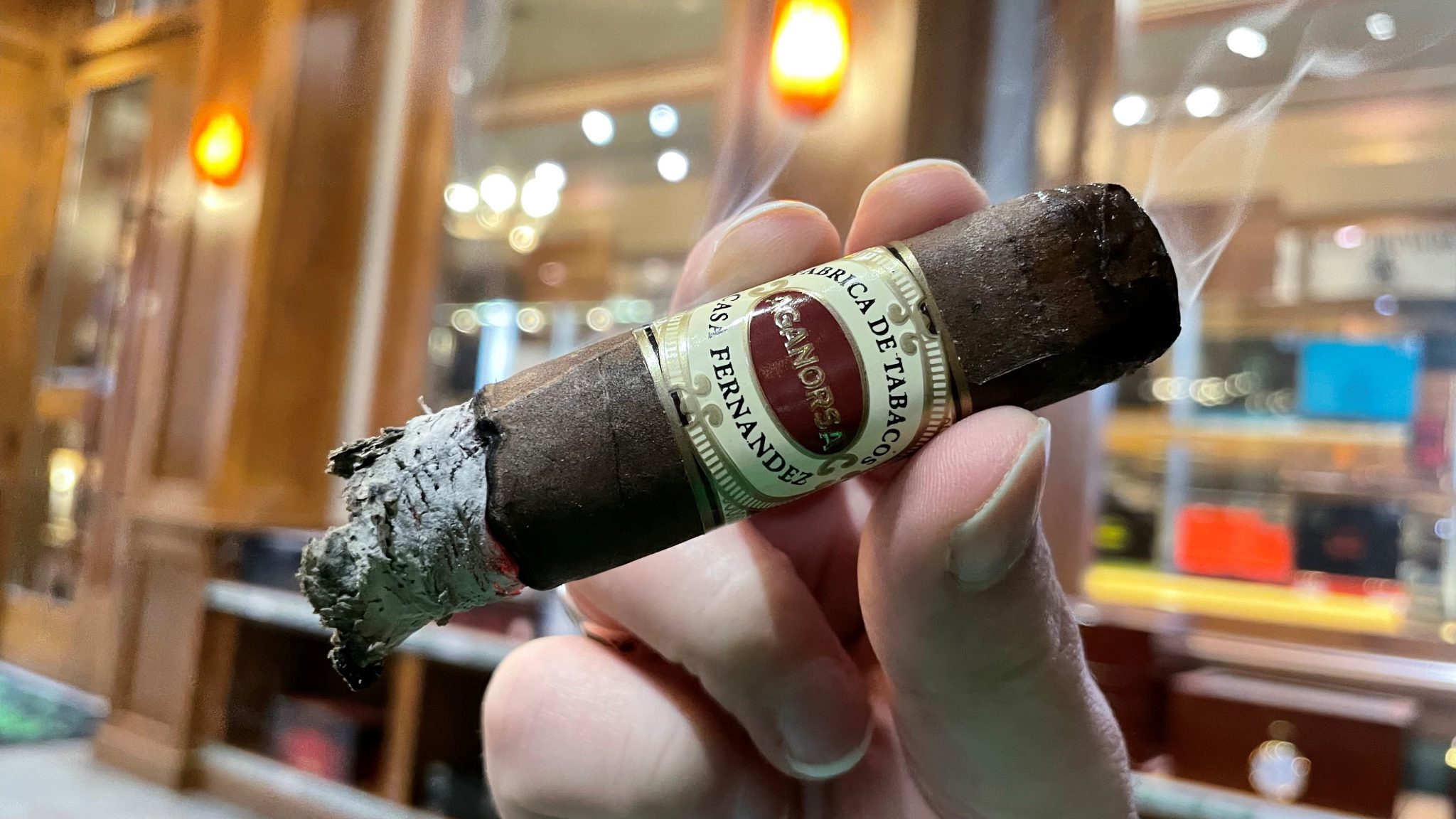 It’s here at the finale that Aganorsa Leaf Exclusivo is edging close to full-bodied territory, but it never quite gets there. Peppers are stronger, but still very tame in comparison to similar cigars like Aganorsa Miami or Guardian of the Farm Nightwatch. Additionally, the anise flavor makes a comeback, and brings some baking chocolate and sweet butter on the finish along with it – ending sweeter than when it started.

Try not to overdo it here. It’s listed as full body and has some peppery puffs at times, but it’s a far more nuanced cigar for the heavy stuff like bourbon and whiskey in my opinion. Try a darker beer – pairs beautifully with a Yuengling Hershey’s Chocolate Porter, or just about anything similar. 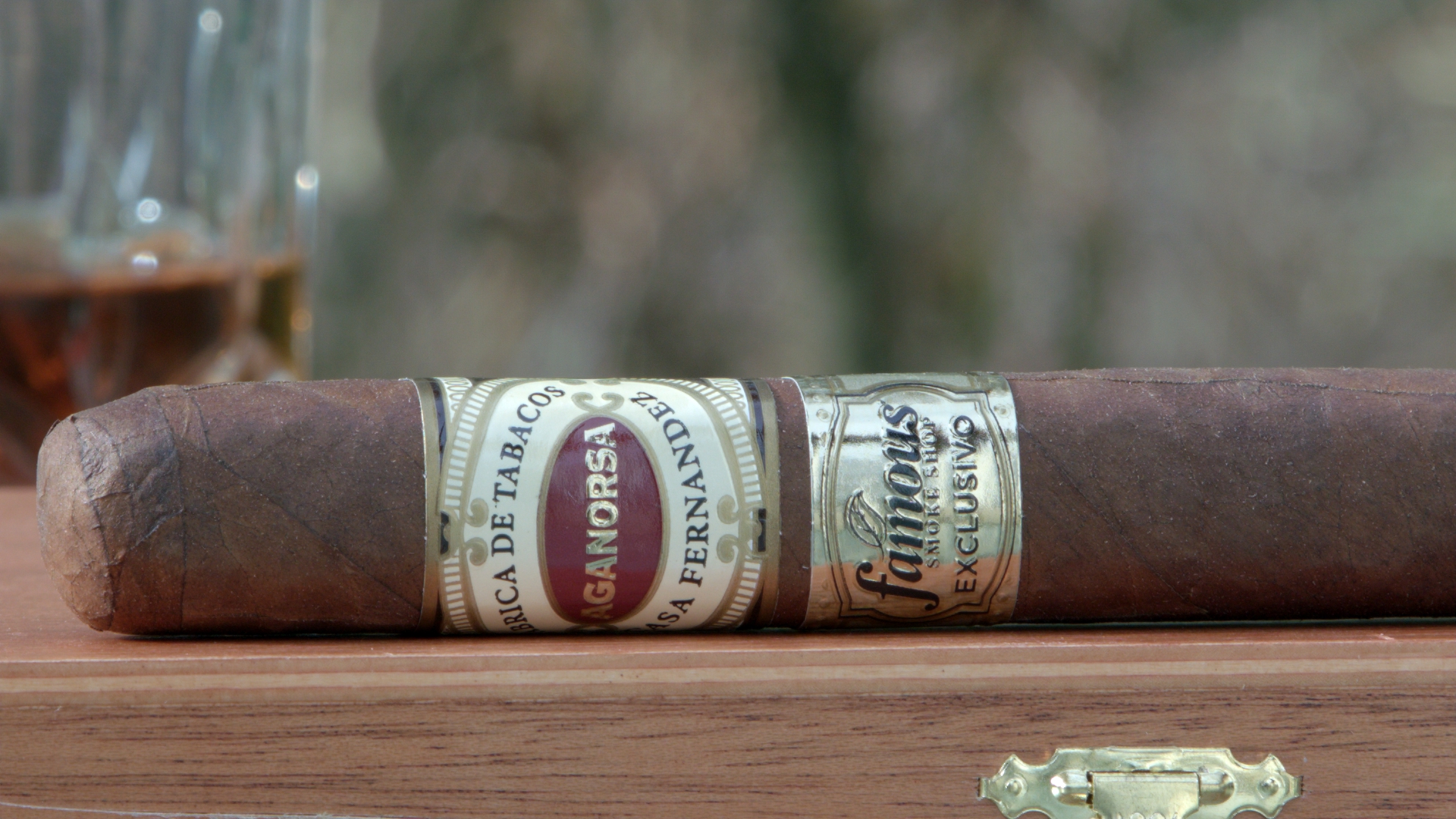 The good – it really tastes great. The bad – it’s a bit over the $10/stick mark. I don’t like going over that threshold often, but when it’s a box of 10, it’s not really the same chunk of change you’d be shelling out for larger quantities. And I think the value still leans toward you. Especially if you’re the type to write off ‘house brands’ because you think they’re cheap leftovers that no one else wanted. Aganorsa Leaf Famous Exclusivo gives you a cigar crafted from the ground up and it just might be the cigar that changes your mind on exclusives forever.