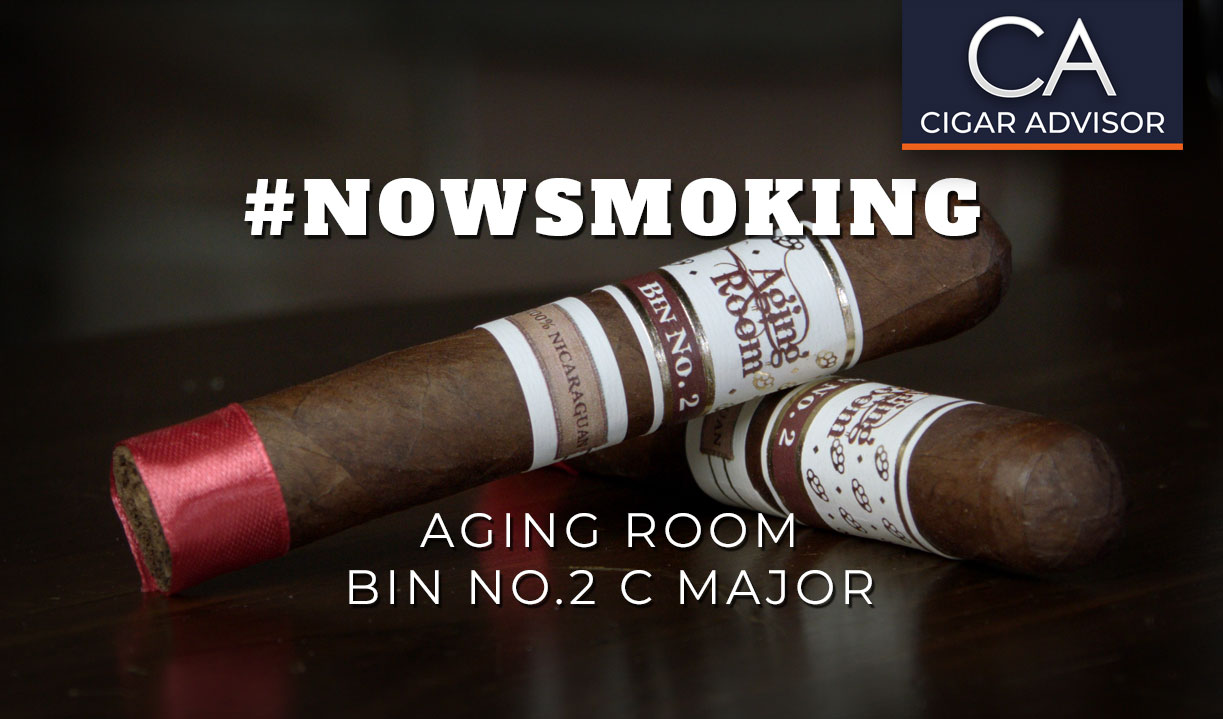 Offered in singles, 5-packs, and boxes of 20

The Aging Room Bin No.2 Back Story

Released in March 2019, the Aging Room Small Batch Bin No.2 selection are Nicaraguan puros built on aged tobacco grown by the Plasencias on their Nicaraguan estate farms. The highlight of this particular blend is the Ometepe binder and fillers that grow in the rich, volcanic soil of Ometepe on Lake Nicaragua. Not much tobacco is grown in Ometepe, but what makes it especially appealing to blenders is the tobacco’s naturally bold, earthy-sweet character. 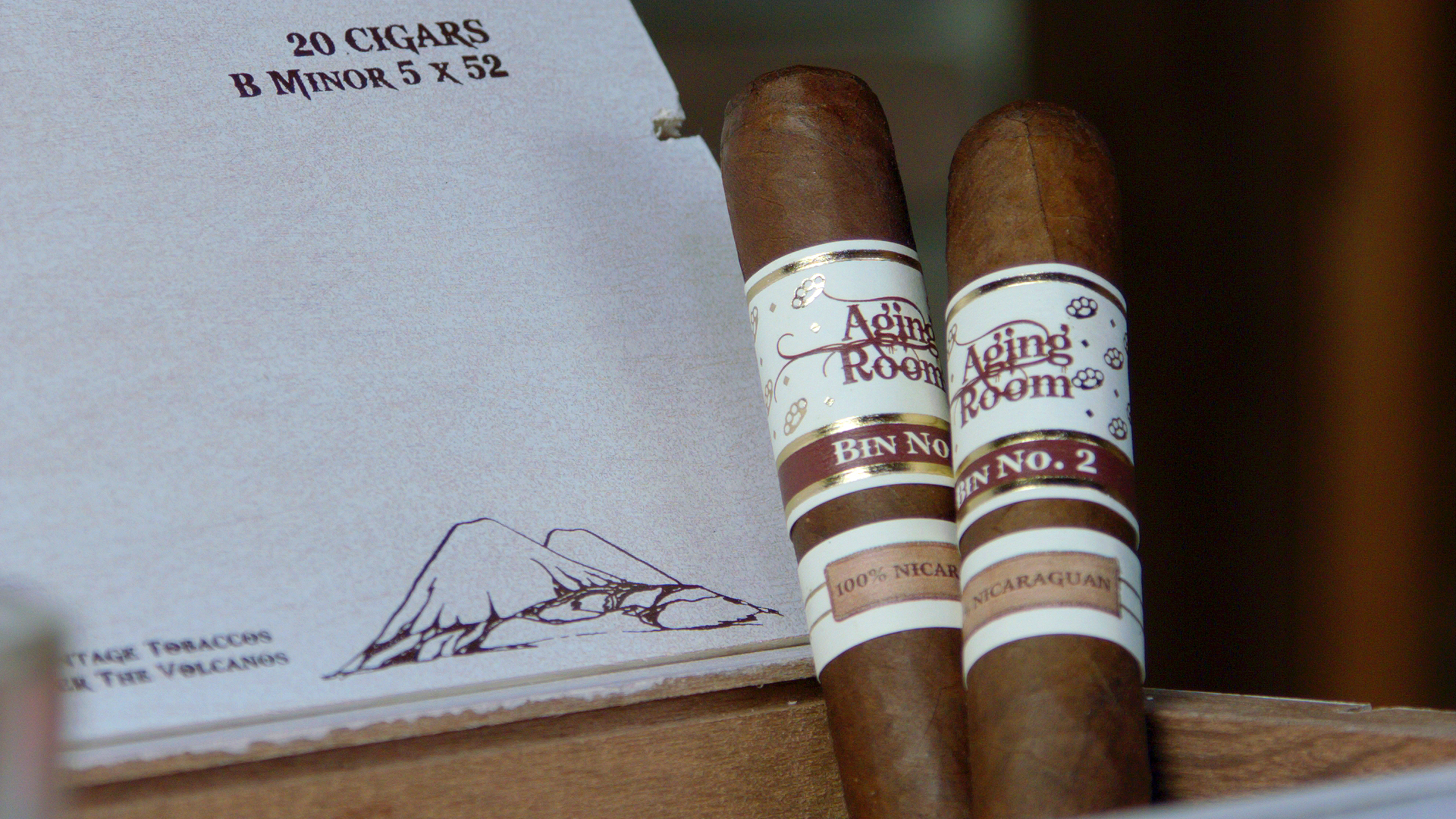 According to Rafael Nodal, Aging Room brand founder and Head of Product Capability for Tabacalera USA, the blending process for Bin No. 2 started after he tried some of the Ometepe tobacco in Nestor Plasencia’s inventory.

“As soon as I tasted this rare tobacco, I knew it had to be the start of a blend,” said Rafael. “Just like a composer creates a concerto for orchestra and a specific instrument.” 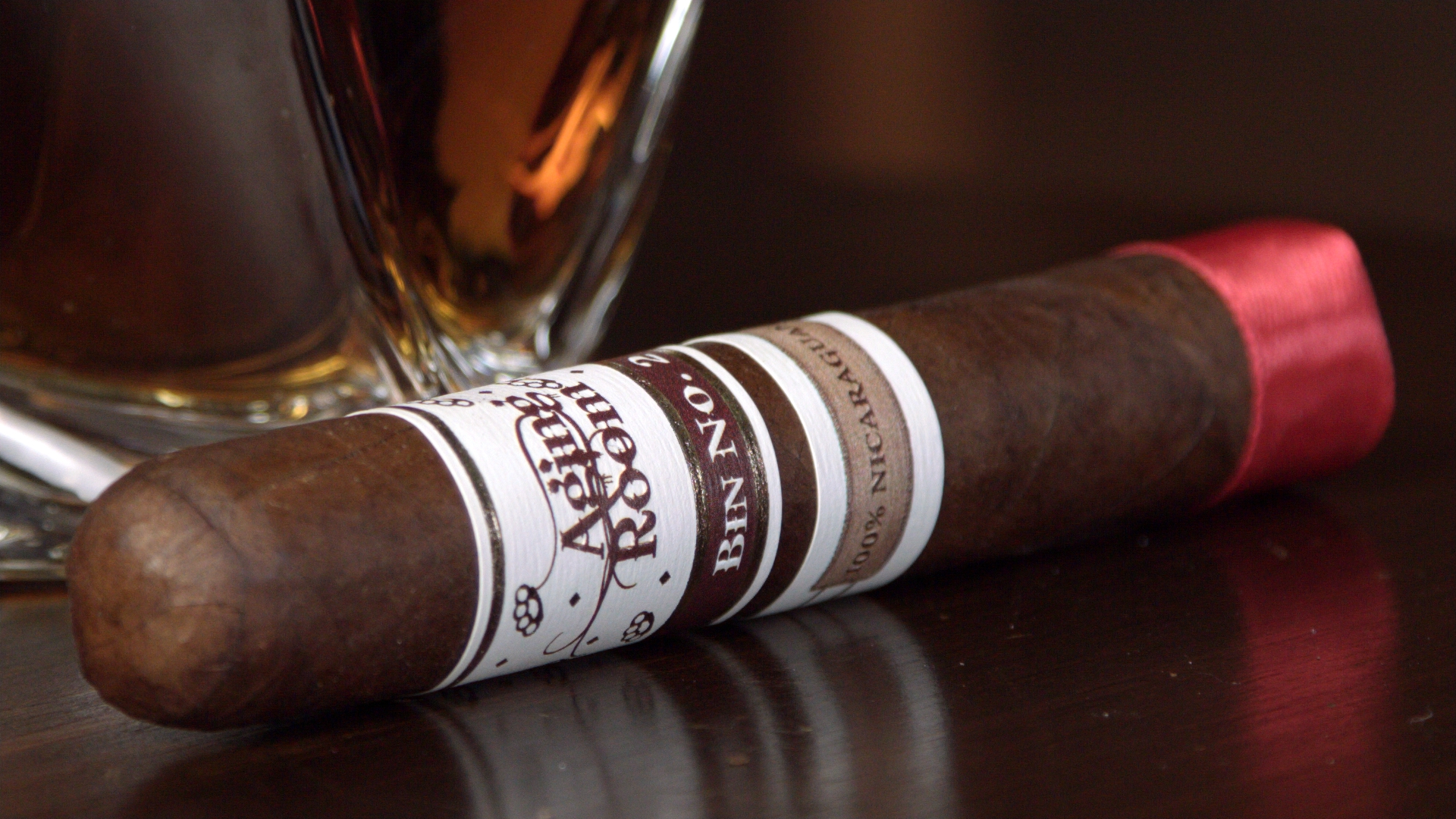 Reviewer’s Note: In the video review, my guess of Jalapa for the wrapper was incorrect. Shortly after we wrapped the taping, I found out that it was actually an Estelí wrapper. ~ G

The Basics: At a Glance

Construction: The Nicaraguan wrapper is dark with tiny veins, and gleaming with oil. Two bands encircle the body, with the lower one emphasizing that the tobaccos are “100% Nicaraguan.” The cigar is solidly built with no soft spots and has nice weight in the hand. A triple seam cap seals the head, and a red silk band at the foot completes the vitola. The scent off the wrapper is quite sweet, too.
Draw: Just right.
Cold Draw: Light salt, sweet tobacco, and leather.
Toasting and light: Initial flavors were similar to the cold draw. Some light salt, earth, leather, plus cedar and sweet tobacco.
Base flavors: Earth, leather, cedar, sweet and peppery spice.
Aroma: Spicy.
Retrohale: A fair amount of pepper up-front, but less peppery in the latter stages – go figure.
Burn & Ash: Excellent. Nice slow burn, too. No acute angles, touch ups, or relights required. 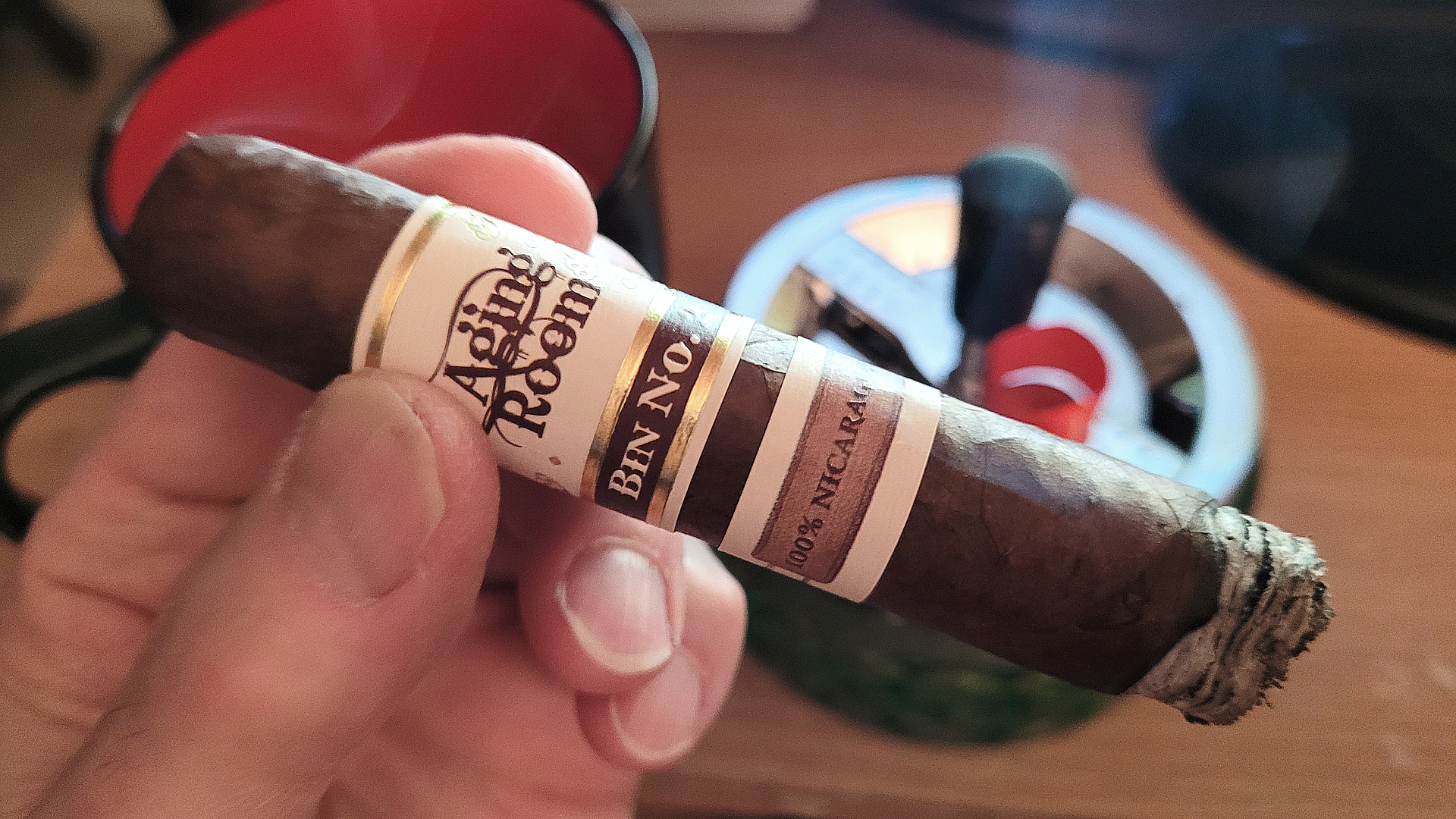 Smooth and creamy with a medium body to start that moves to medium-full fairly quickly. Flavors are mainly earthy, leathery, and sweet with some light pepper on the finish. By the end of this section, my C Major is quite full but not overpowering. 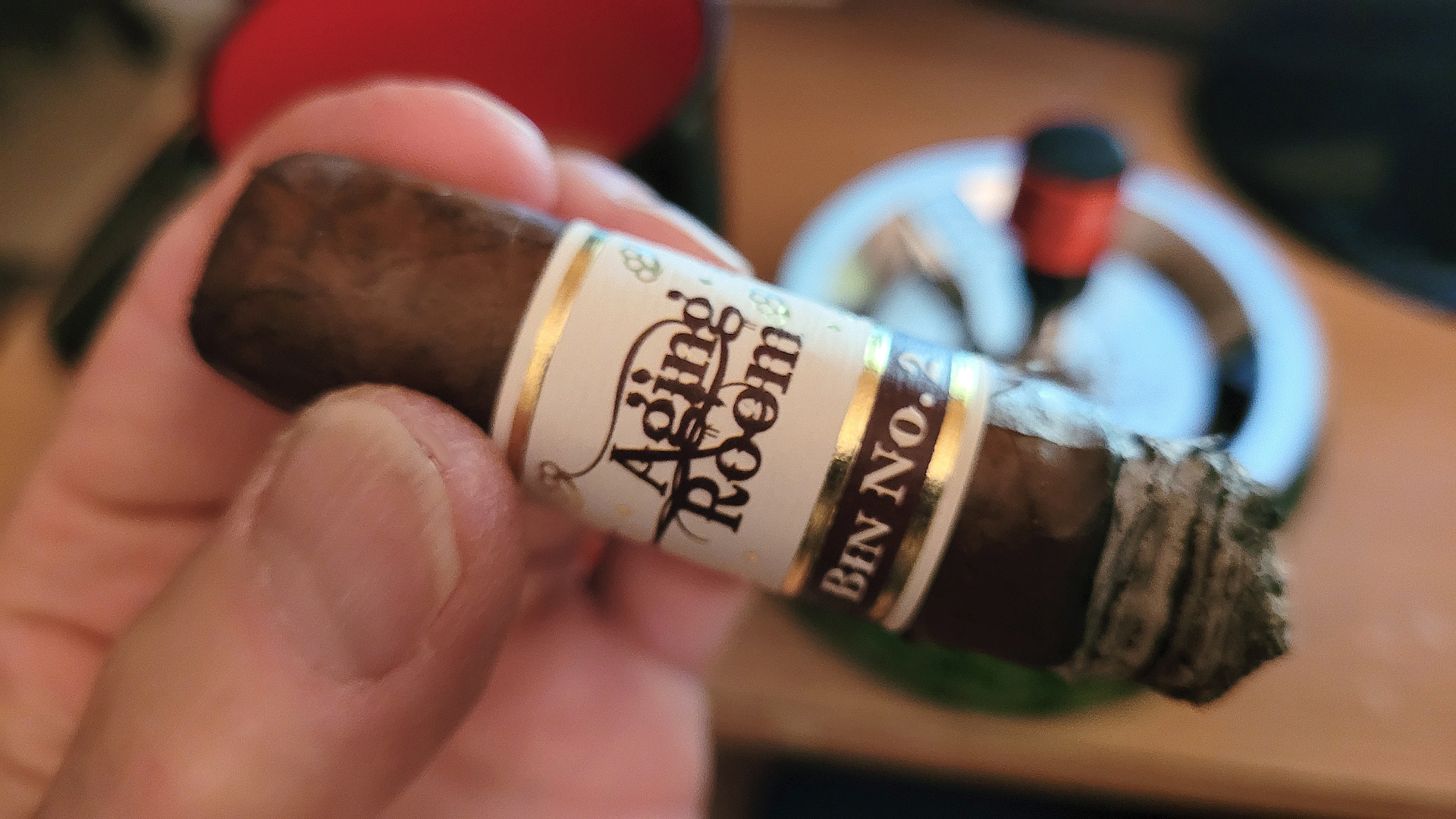 The cigar has rounded-out well and is still robust and creamy. Flavor-wise, the salt is gone; I’m getting a well-balanced mix of earthiness, sweet tobacco, cedar, leather, and pepper. And despite this cigar’s bold character, there is no lingering pepper sting on the back of the throat. Actually, it’s more spicy than peppery. However, pepper does present itself in the retrohale. 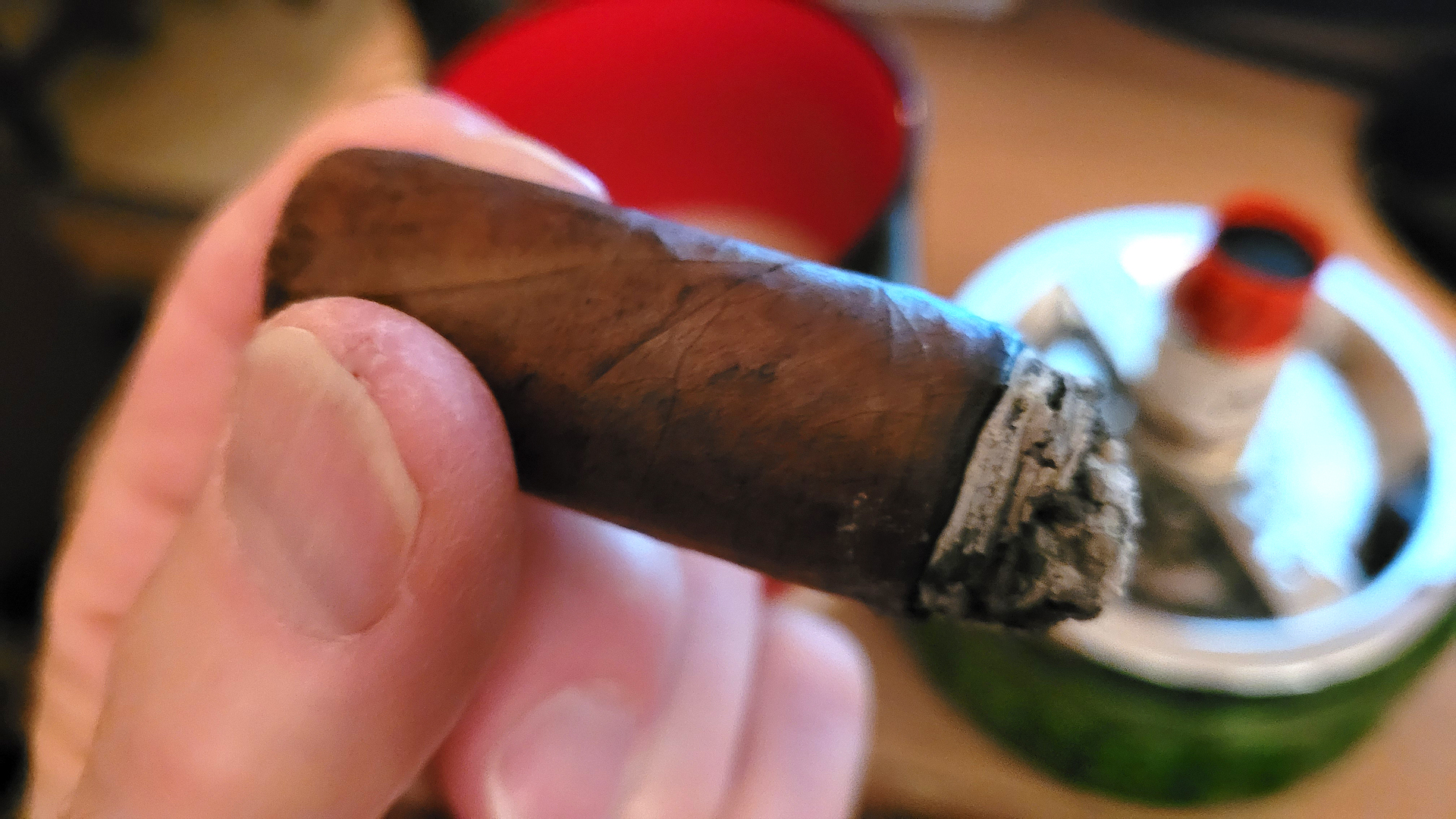 Pretty consistent with the earlier two sections and subtly complex. Some new flavors crop up occasionally, but once the C Major maxes-out in body and strength it locks in and doesn’t budge very much from its base. Even in this late stage, the smoke remains uber-smooth, and chewy. 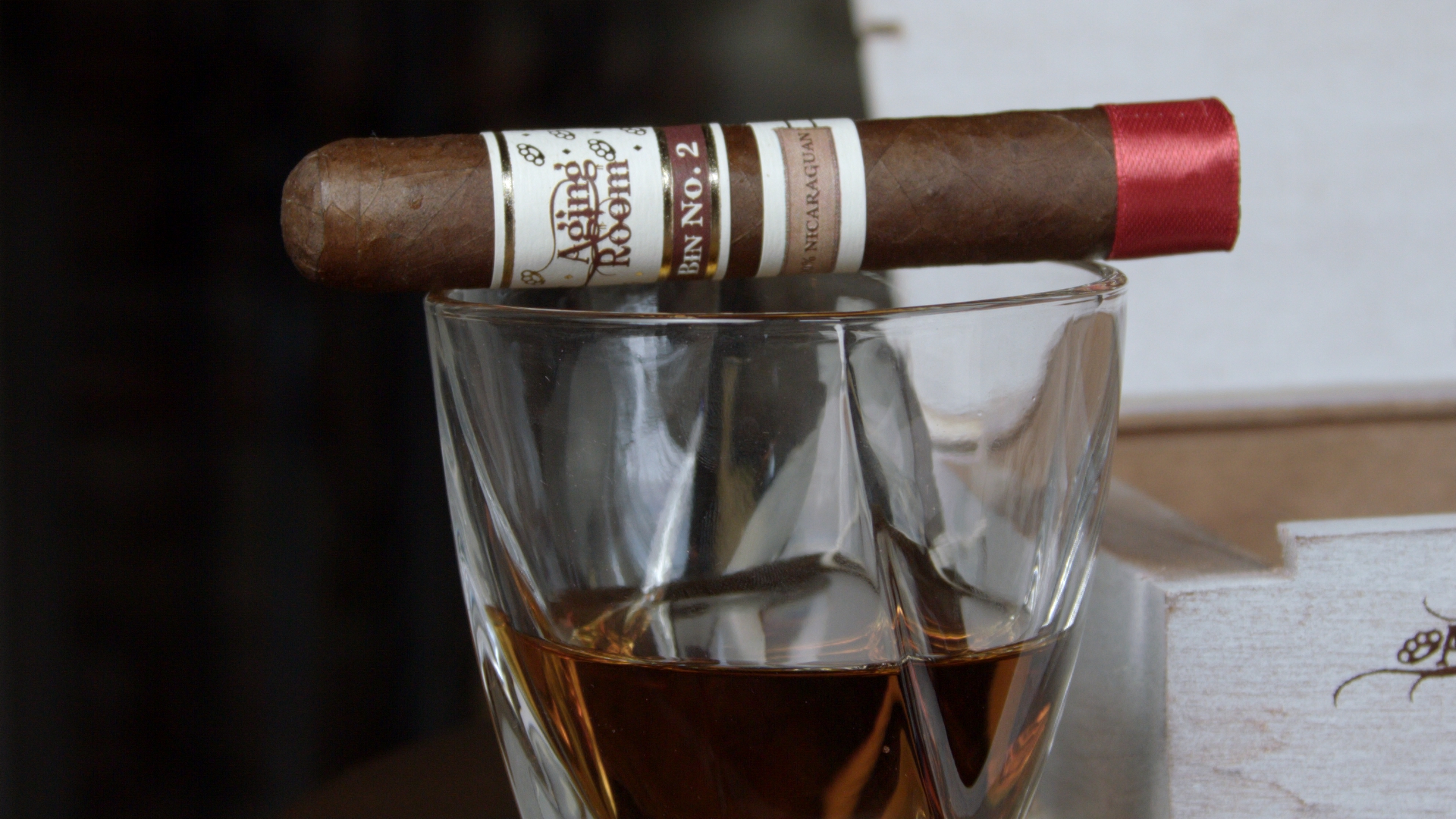 A good Spanish Rioja for this one, like the Marques de Riscal Reserva I showed in the video. I might even extend that to a very fine Port with this cigar. If wine isn’t your thing, a single malt whiskey or bourbon that’s not too sweet. 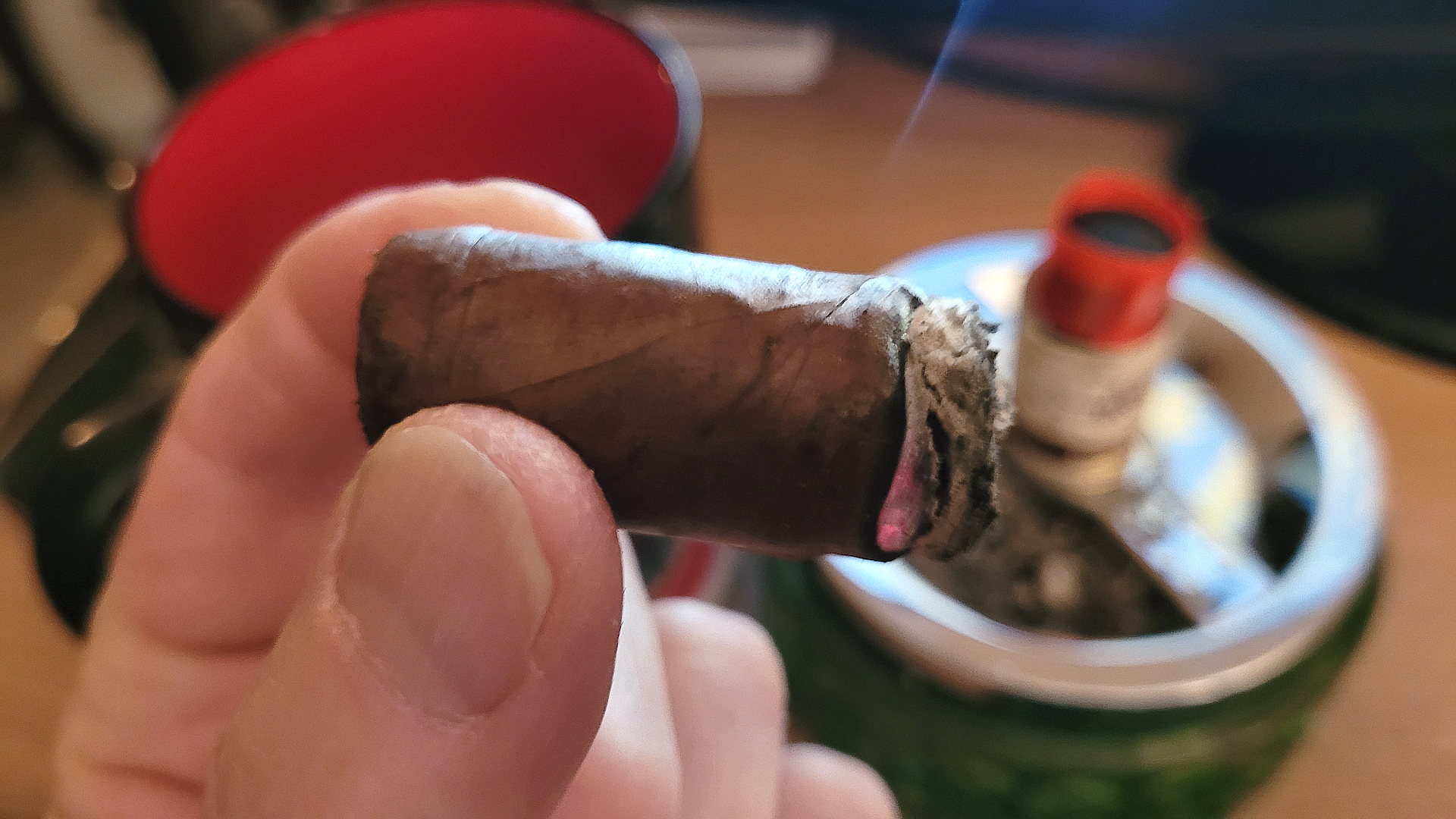 I would also qualify the Aging Room Bin No.2 C Major as a connoisseur’s cigar. The tobaccos are so well fermented and aged an educated palate can taste it. To put it another way: For fairly experienced cigar smokers who are ready to move into the Nicaraguan puro lane, this cigar is a gift from on high. It checked all the right boxes for me, and I’d even put the C Major up there with a Mi Querida, a Hirochi Robaina Blue, or a Liga T52.

Reading Time: 3 minutes Back to the mail bag for more of our readers’ cigar questions: cutting cigars to size, punches vs. guillotines, about tobacco primings and whether we think cigars are bad for you. We thought our answers were worth sharing out loud – Watch now!