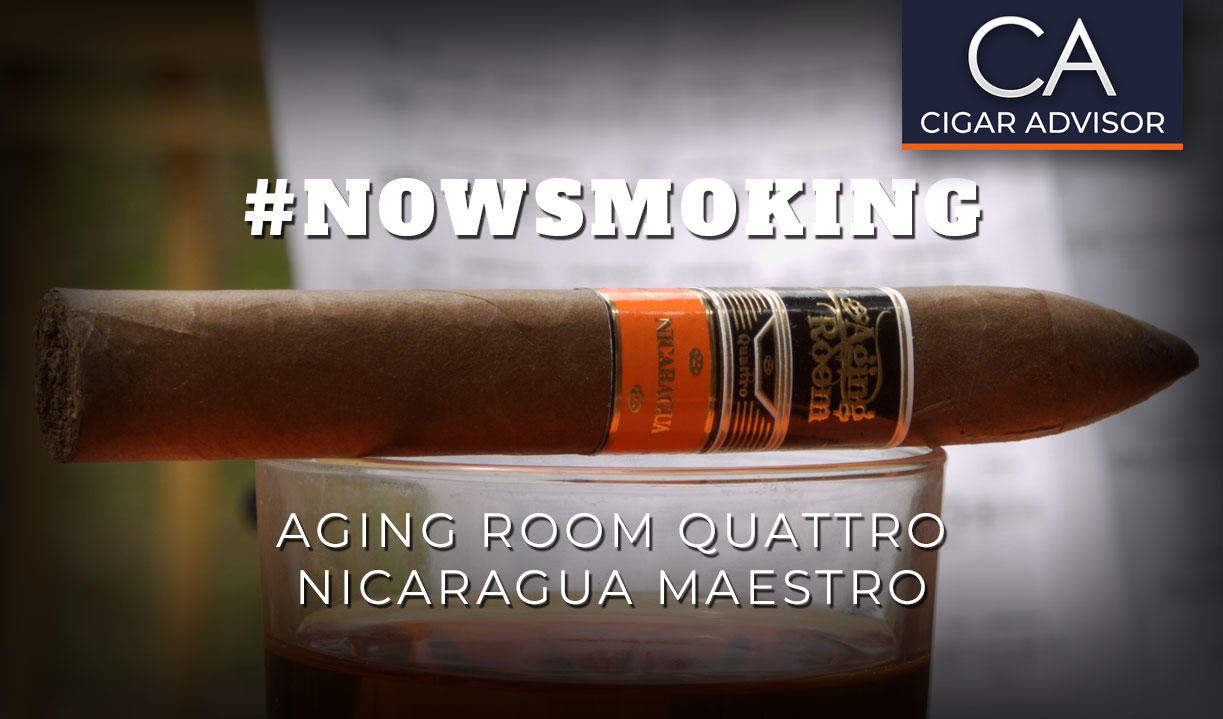 It’s a classic American Dream story. In 1980, a 15-year-old Rafael Nodal was one of thousands of Cubans headed toward freedom during the Mariel boatlift. As he gazed out at the open sea and thought about his future, cigars were probably the furthest thing from his mind. Yet, after a series of fortunate events, today he is one of the principle partners of Boutique Brands, home of Aging Room Cigars, and one of two men responsible for the Cigar of the Year 2019. Working with AJ Fernandez, they created the Aging Room Quattro Nicaragua selection, and the Maestro, a box-pressed Torpedo which took the award with a “Classic” 96 rating.

The first Aging Room cigars were produced in the Dominican Republic by José “Jochy” Blanco, who also has a partnership stake in Aging Room. In 2011 the Aging Room Small Batch M356 Presto gave the brand its first taste of success, earning it an “Outstanding” 92 in Aficionado and the #16 slot for that year’s Top 25 Cigars. 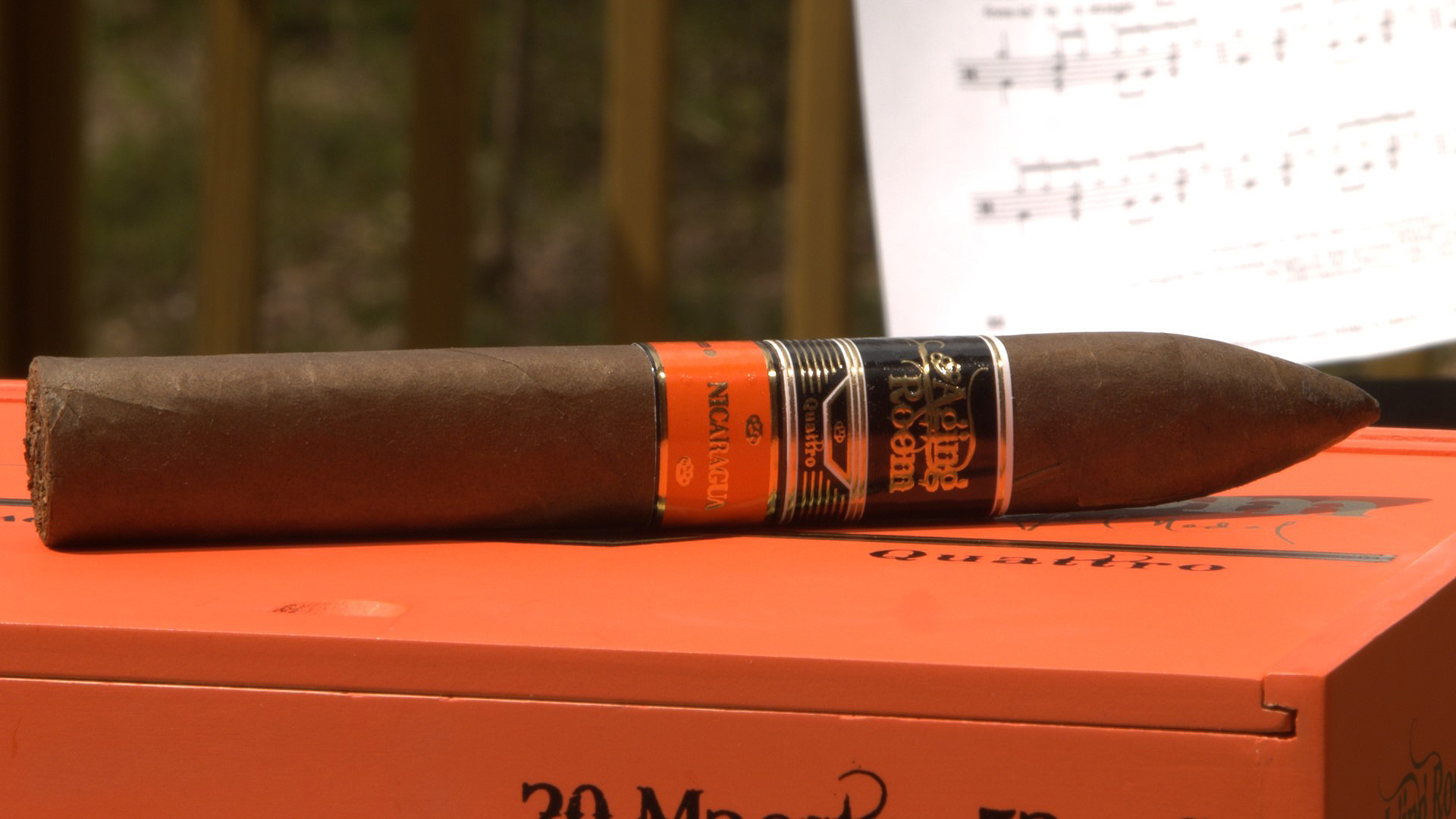 Rafael actually wears two hats. In 2017 he was named Head of Product Capability for Tabacalera USA, a subsidiary of Altadis, USA. This gave him the opportunity to work with the likes of the Grupo de Maestros, Nestor Plasencia, and AJ Fernandez, with whom he’s worked on cigars for H. Upmann, Montecristo, and Romeo y Julieta, to name but a few. 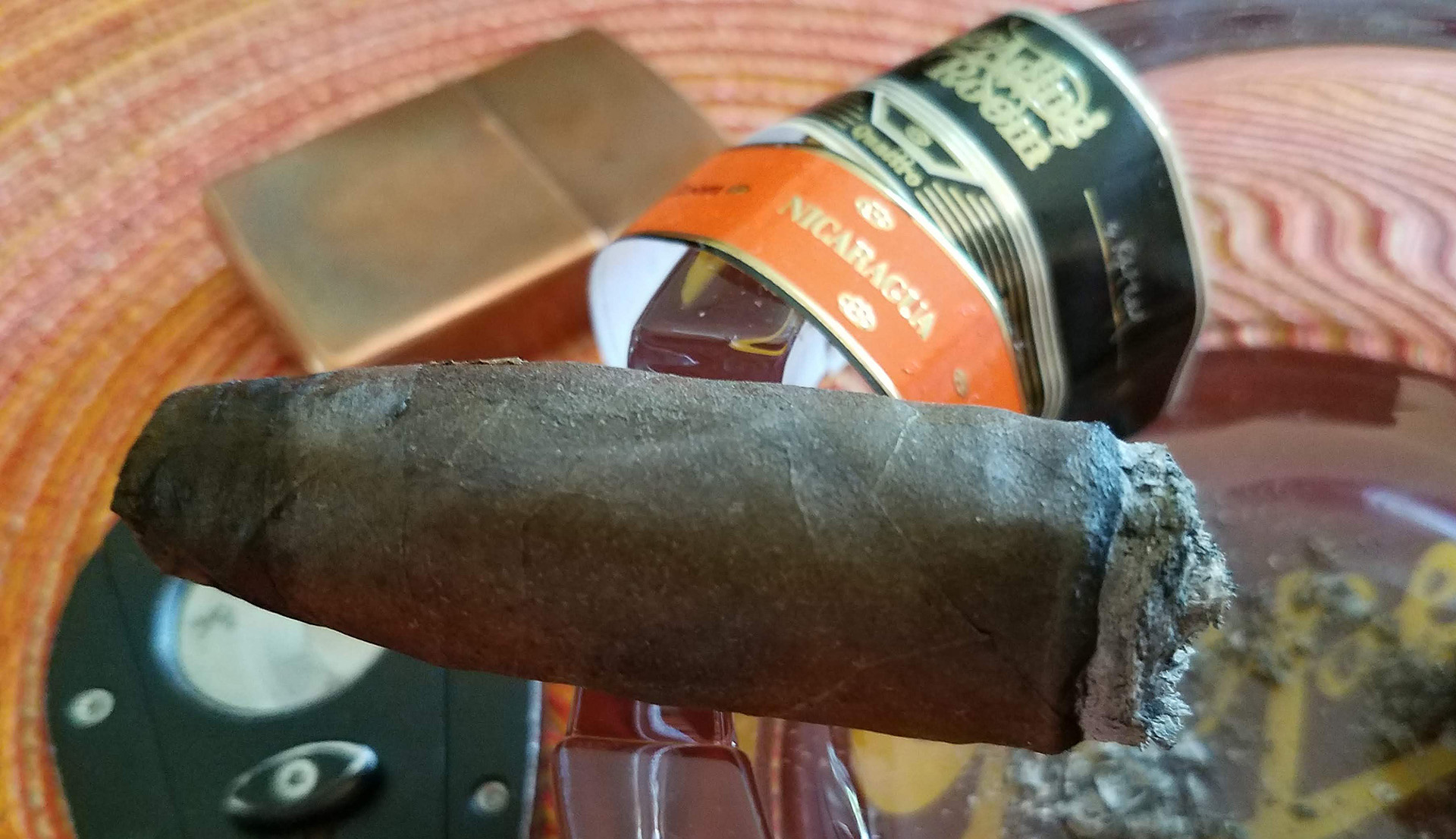 The Aging Room Quattro Nicaragua Maestro is a box-pressed figurado that boasts an all Nicaraguan leaf recipe, capped by a Nicaraguan-grown Sumatra seed wrapper, and all of the tobaccos have been aged for 10 years. The award-winning collection includes two other vitolas: the 7×50 Concerto, and 5×50 Expressivo. All three shapes are presented in boxes of 20 cigars. 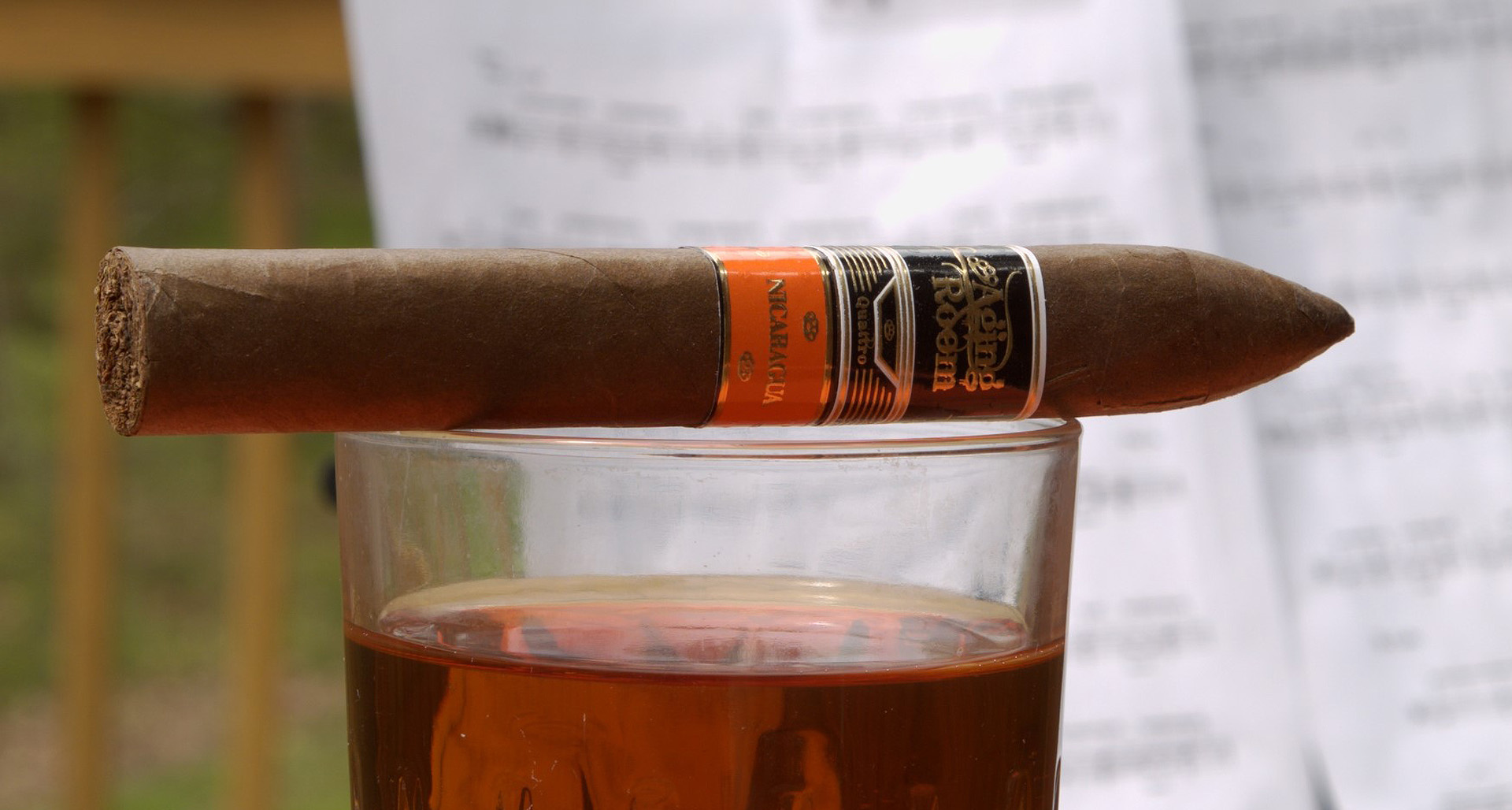 Exquisitely. This Torpedo had nicely pressed corners, showed no soft spots along the length of the body, and the head resembled a freshly sharpened pencil. The wrapper was attractively oily, even in color throughout, and seamlessly rolled—literally. The draw was just right offering cold draw notes of cedar and spice.

Beautifully, and with excellent balance from head to tail. Dense, creamy smoke flowed easily from the head as initial flavors of cedar and spice out of the gate. A hint of bittersweet chocolate follows leaving a spicy finish in its wake. Rounding out just past the first inch, the body was mostly in the medium to full range. The Maestro also offered a clean burn, exposing a very tightly knit grey ash. 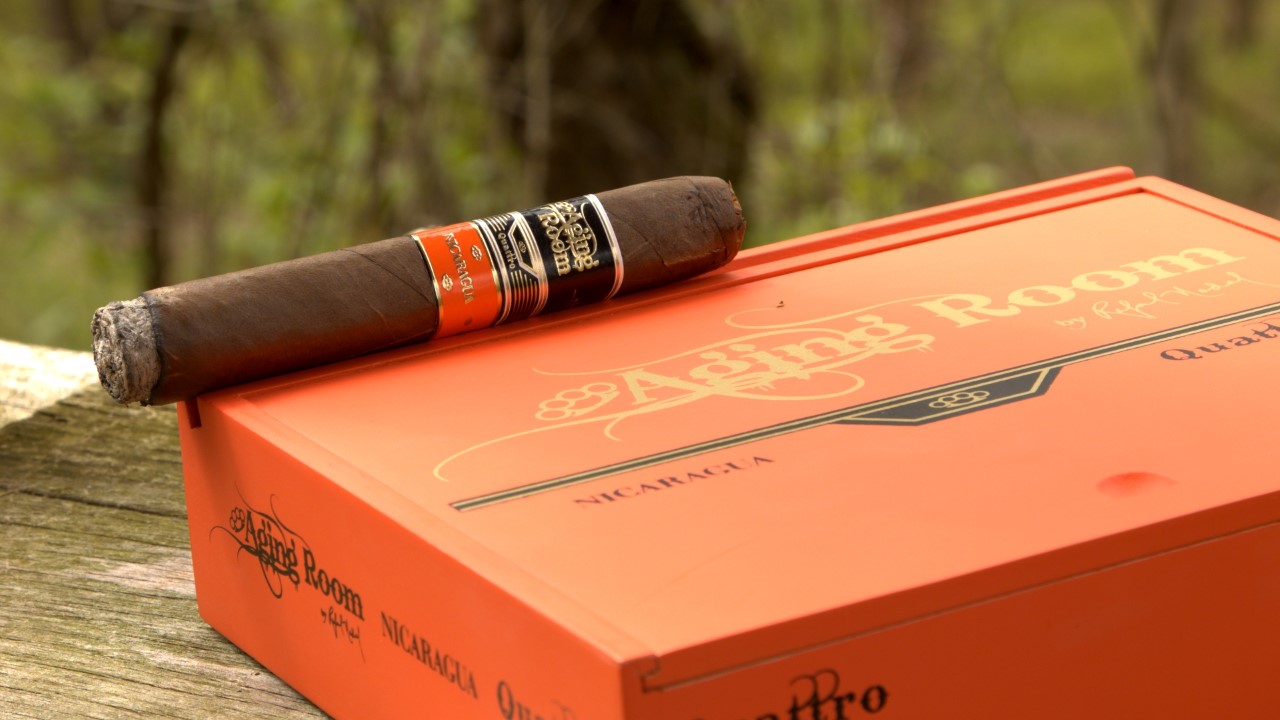 By the cigar’s midsection the flavors revealed some curious subtleties on the order of almonds and a hint of espresso. Flavors would also come and go making for some interesting changeups. One puff gave me more dark chocolate; the next, some sweetness and spice; the next, more cedar and earth.

By Act III, the Maestro is a full-bodied symphony of flavors along with a striking aroma. The composition finishes with flourishes of earth, spice, cedar, and bittersweet chocolate.

If you watch the video, you’ll see that Rafael and I were both thinking the same thing—rum. He paired his with Flor de Caña 25 Years, while I paired mine with John Drew Brands Dove Tale Puerto Rico Rum. I definitely second the Flor de Caña 25, but even the Flor de Caña 12 Year would be perfectly acceptable. My Dove Tale was sweet and opened-up some of the hidden nuances in the Maestro for me. If rum isn’t your thing, I suggest a good bourbon.

You can find more cigar and drink pairing combinations here.

For the avid enthusiast—absolutely. More for the reason that you’ve got a few years of experience with full-bodied cigars than the fact that it’s a “cigar of the year.” It’s not that I think newer smokers will find the Maestro overpowering, but it is strewn with savory passages that could be missed by the less initiated.

Reading Time: 3 minutes Back to the mail bag for more of our readers’ cigar questions: cutting cigars to size, punches vs. guillotines, about tobacco primings and whether we think cigars are bad for you. We thought our answers were worth sharing out loud – Watch now!