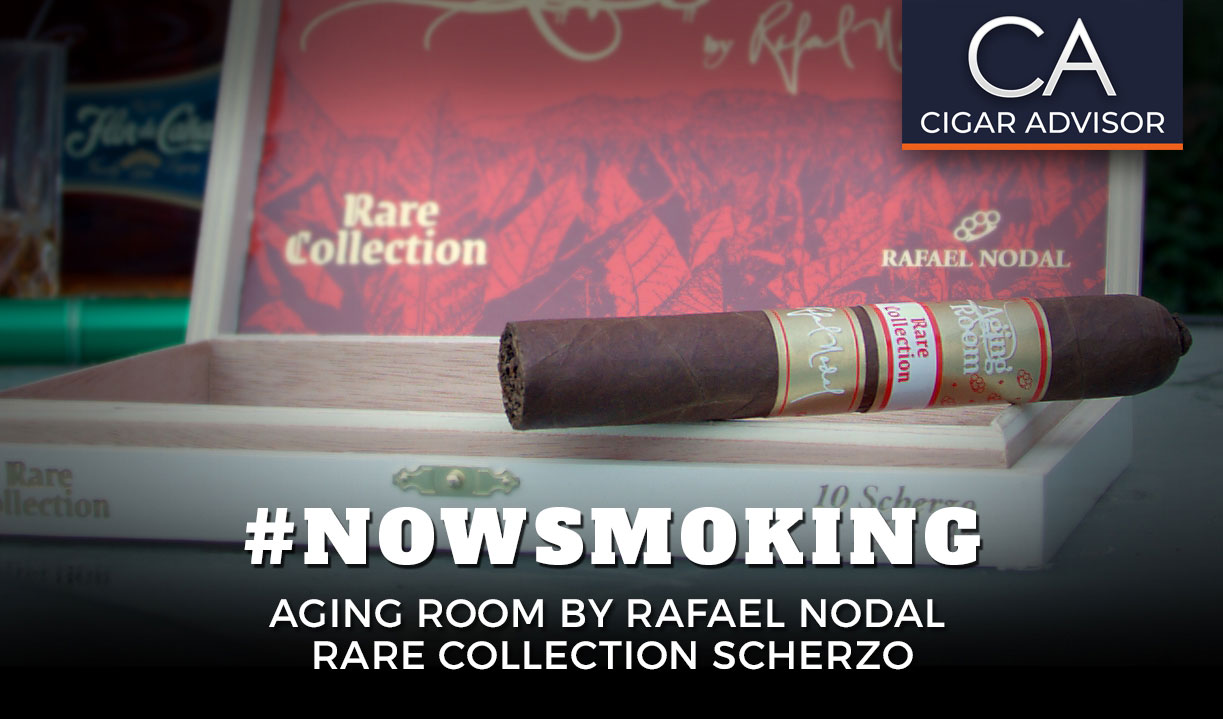 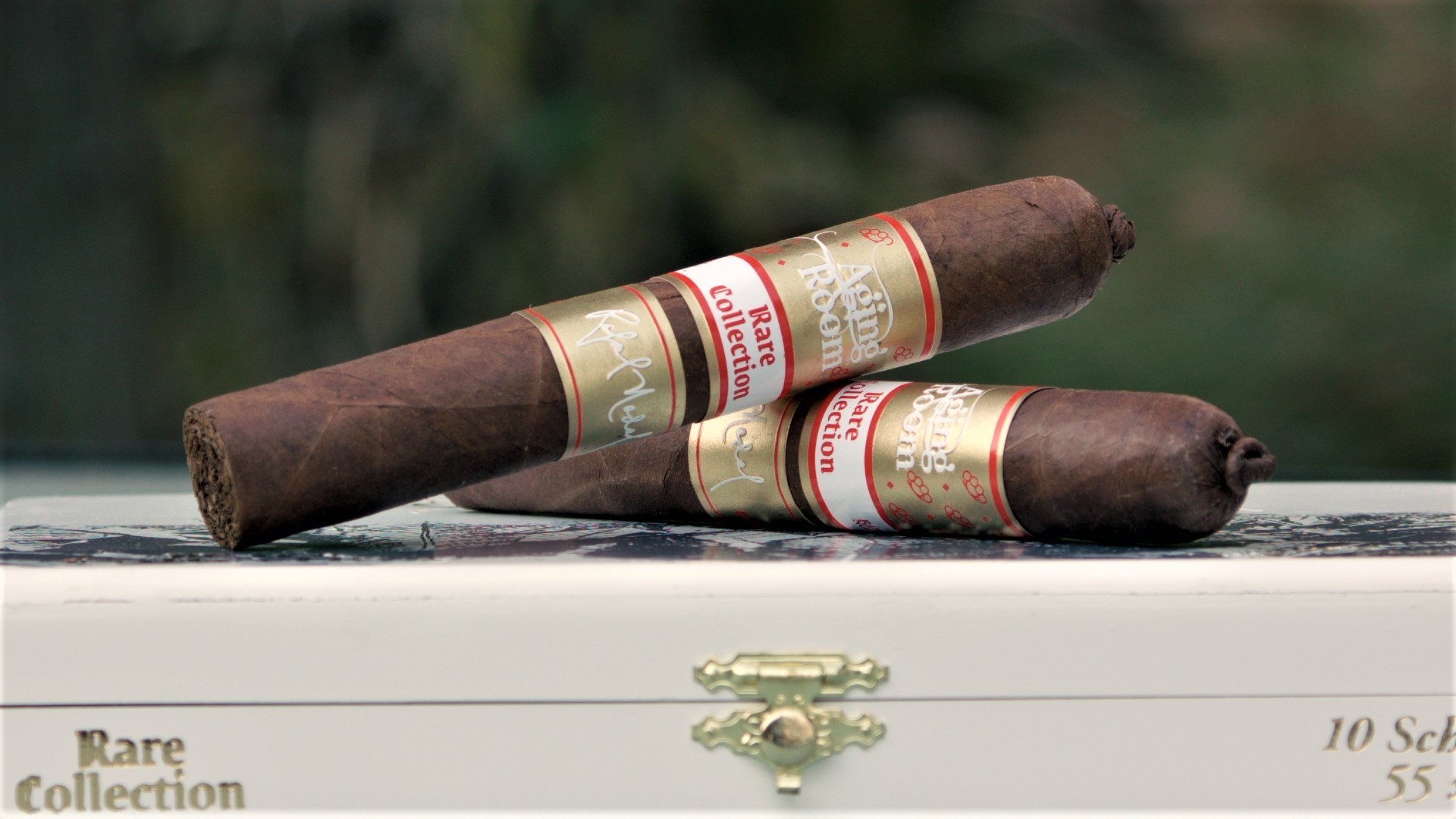 The first new line extension from Aging Room Cigars in more than a year, Nodal indicated that this debut marks the first of several Rare Collection projects the company plans to release. The objective of the series is to offer small batch runs based on the availability of rare and superbly well-aged tobaccos.

The line is presented in three sizes:

“This is not just an updated cigar,” said Nodal who’s Aging Room Quattro Nicaragua Maestro took Aficionado’s “Cigar of the Year” honors in 2019. “With the Rare Collection, we are offering adult consumers a complex, medium-full bodied, Nicaraguan blend containing some of the rarest and most well-aged tobaccos of any cigar we’ve released to date.”

Pelo de Oro is a rare type of tobacco that was once used for cigar wrappers. Today, the leaf is considered by most to be one of the toughest crops to grow in any area. Hearty, flavorful and even a bit sweet, the tobacco was a favorite among the workers who grew and cured the plant in the early-to-mid 20th century. Pelo de Oro translates from Spanish to “golden hair,” a call to the bold color that glistens on a properly refined leaf. Pelo de Oro is both flavorful and beautiful but gains its notoriety from being difficult to harvest. The plant is extremely susceptible to molds and other agricultural diseases and is infrequently employed in today’s cigar landscape. Though phased out of Cuban fields, and castoff by many in the cigar industry due to the difficulty of successfully growing large, healthy batches, it’s therein which lies the challenge to others. The cigar industry is one built on tradition and heritage, and some cigar masters have refused to do-away with the golden gem entirely.

Construction: Deftly constructed and packed to the gills giving this plump Robusto added weight, while feeling balanced in the hand. The rolling is seamless and the pigtail cap is textbook. The hybrid wrapper is rich in color, oily, and shows a fair amount of the vein structure, which I found attractive.
Cold Draw: Just slightly firm with a distinctive leathery flavor.
Base flavors: Earth, leather, baking spices, brown sugar, oak, black pepper.
Aroma: Leathery.
Burn & Ash: Excellent. Even throughout, revealing firm grey ashes. 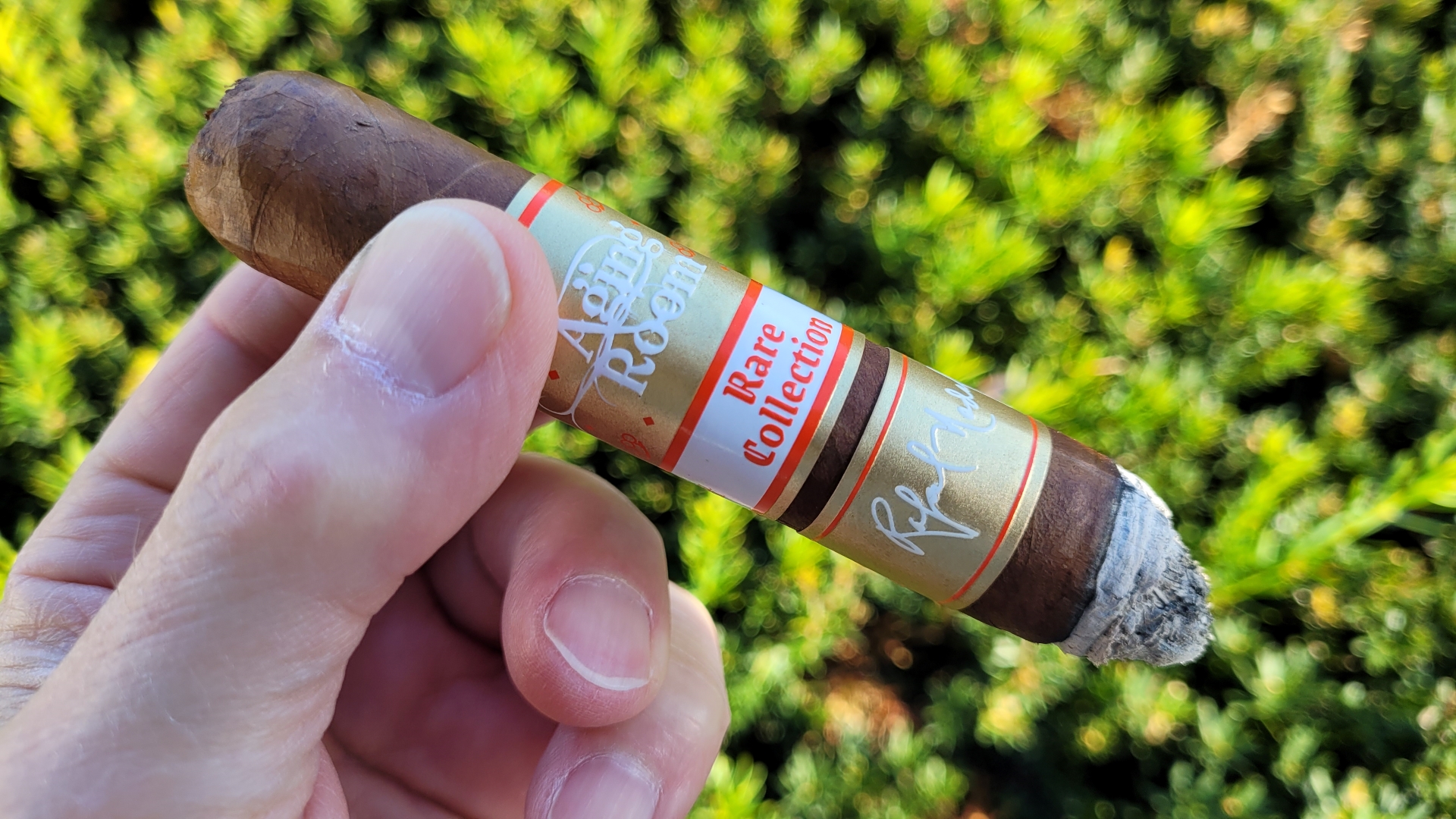 I expected the first few puffs to be strong and peppery, but instead I got more of a citrusy tanginess with a peppery finish. The pepper settled down quite quickly imparting a mostly earthy smoke with some of that tanginess remaining. The cigar also left a fresh, clean sensation on my palate.

At about the first inch, some sweet tobacco notes arrived followed by a mix of earth, citrus tanginess, and sweet tobacco. The body was dead-center medium and equally medium in strength. Nutmeg arrived at this juncture and black pepper continues to linger, albeit lightly, on the finish. The burn was also impressive. 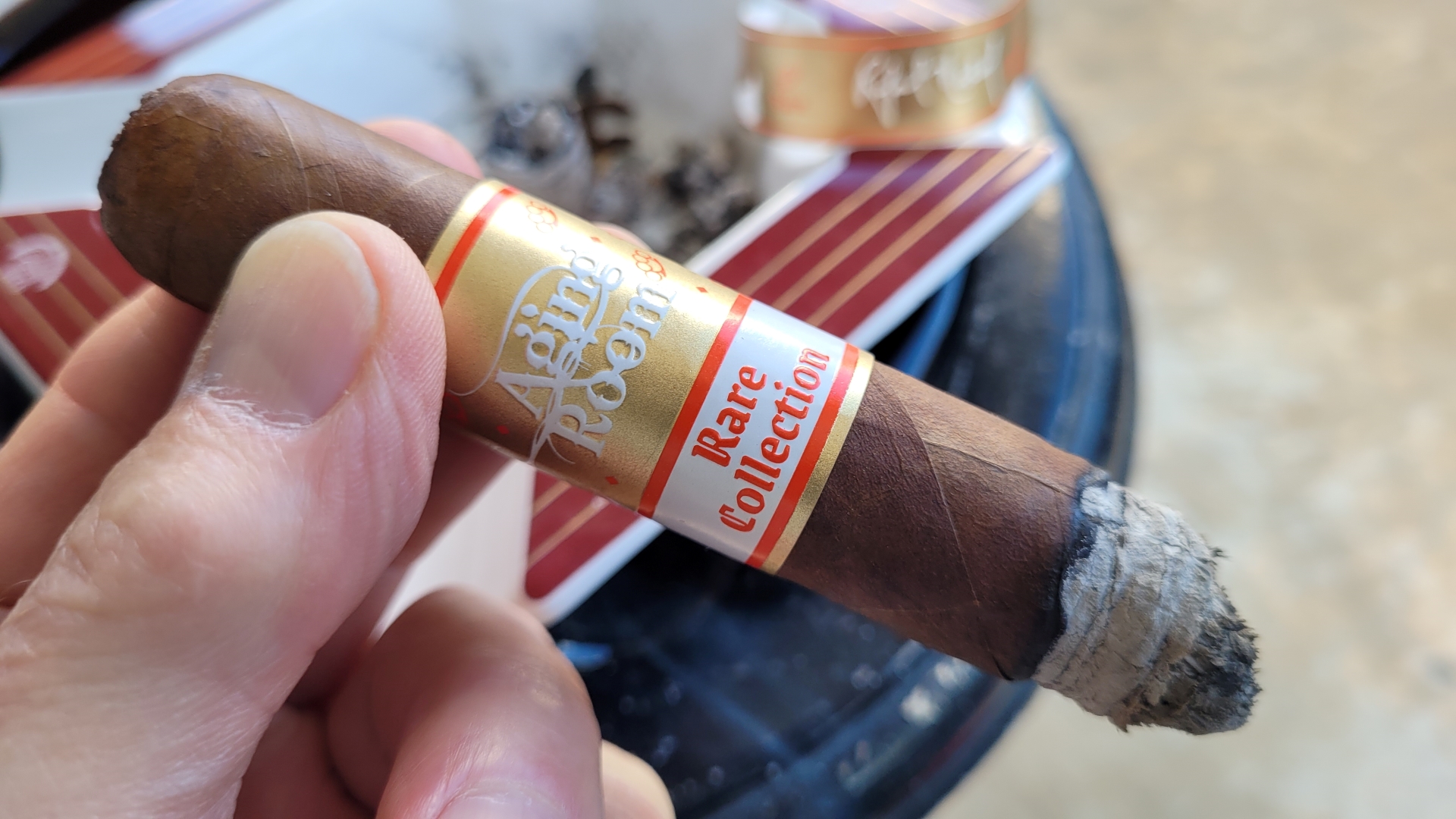 Leathery notes returned, even in the aroma, with a bit more black pepper on the finish. The body and strength remained in the medium realm as baking spices began to arrive. The Scherzo was demonstrating excellent balance, smoothness, and an impressive set of flavors.

Further into the second act, more sweetness emerged in what I speculated was molasses or brown sugar. Additionally, everything had settled into a very smooth and creamy smoke with all the flavors in harmony. 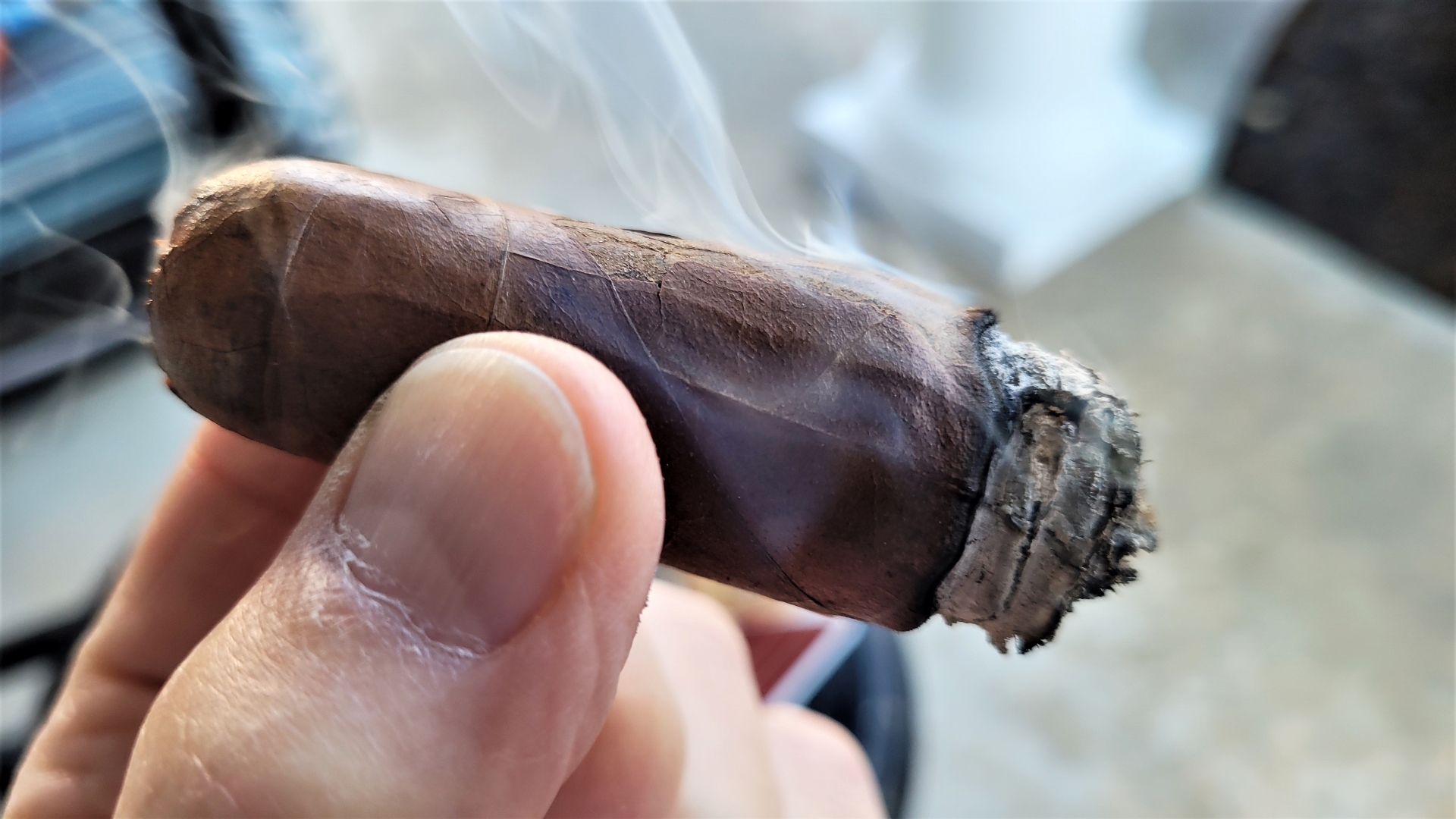 Two flavors that dominated at this point were baking spices and what I had finally determined was brown sugar. Everything was hitting on all cylinders as the body shifted into full gear and a note of oak entered the fray. By now, my Scherzo was one big chewy mix of earth, leather, oak, baking spices, and brown sugar.

In the last two inches the strength increased to spot-on full and the flavors became sharper. The sugary sweetness just barely eked out from the mixture other flavors, and that’s about where I left it.

An excellent Añejo Rum—try Flor de Caña from Nicaragua—or smoke it with Aging Room’s recommendation, a Cuba Libre. No doubt a good bourbon will also do the trick. For some other excellent cigar pairings, see our Cigar & Spirit pairing guide.

Is the Aging Room by Rafael Nodal Rare Collection Scherzo cigar worth smoking? 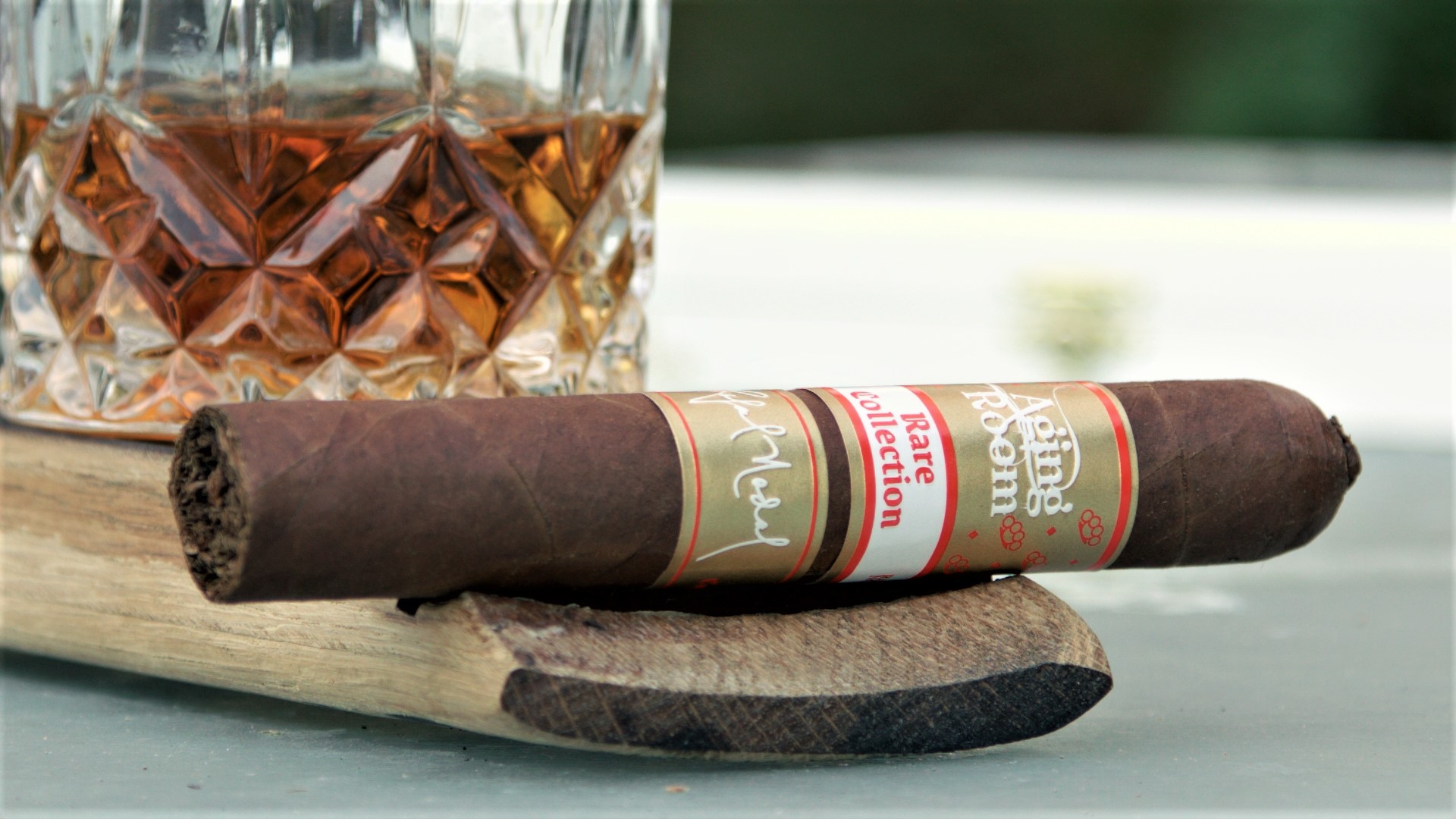 Without a doubt. The Scherzo was also one of the most complex cigars I’ve smoked in the past several months. So, not only do I recommend smoking it at a time when you can devote some quality time to it, it’s also a cigar you want to smoke very patiently or you may miss a number of its more refined points. There’s more going on in this cigar than you may realize at first puff. The other thing I liked about this cigar was that it was full, yet smooth without being overpowering or leaving me with some headiness.

As to who it’s for, the Aging Room Rare Collection Scherzo may be a little much for new cigar smokers. Plus, it’s upscale price could be a yellow flag for newbs, but I thought it was worth it. Bravo to Rafael and A.J. for another stellar performance.

Read More
Cigar Ratings & Reviews
Macanudo breaks out of its comfort zone and throws a smooth, but full-bodied fiesta! See our quick Weekend Cigar review of the Macanudo Inspirado Red Robusto Box Pressed, and get the tasting notes NOW to see why "long aged tobaccos can tame even the boldest blend." It may just change your mind about this classic brand.
Read More