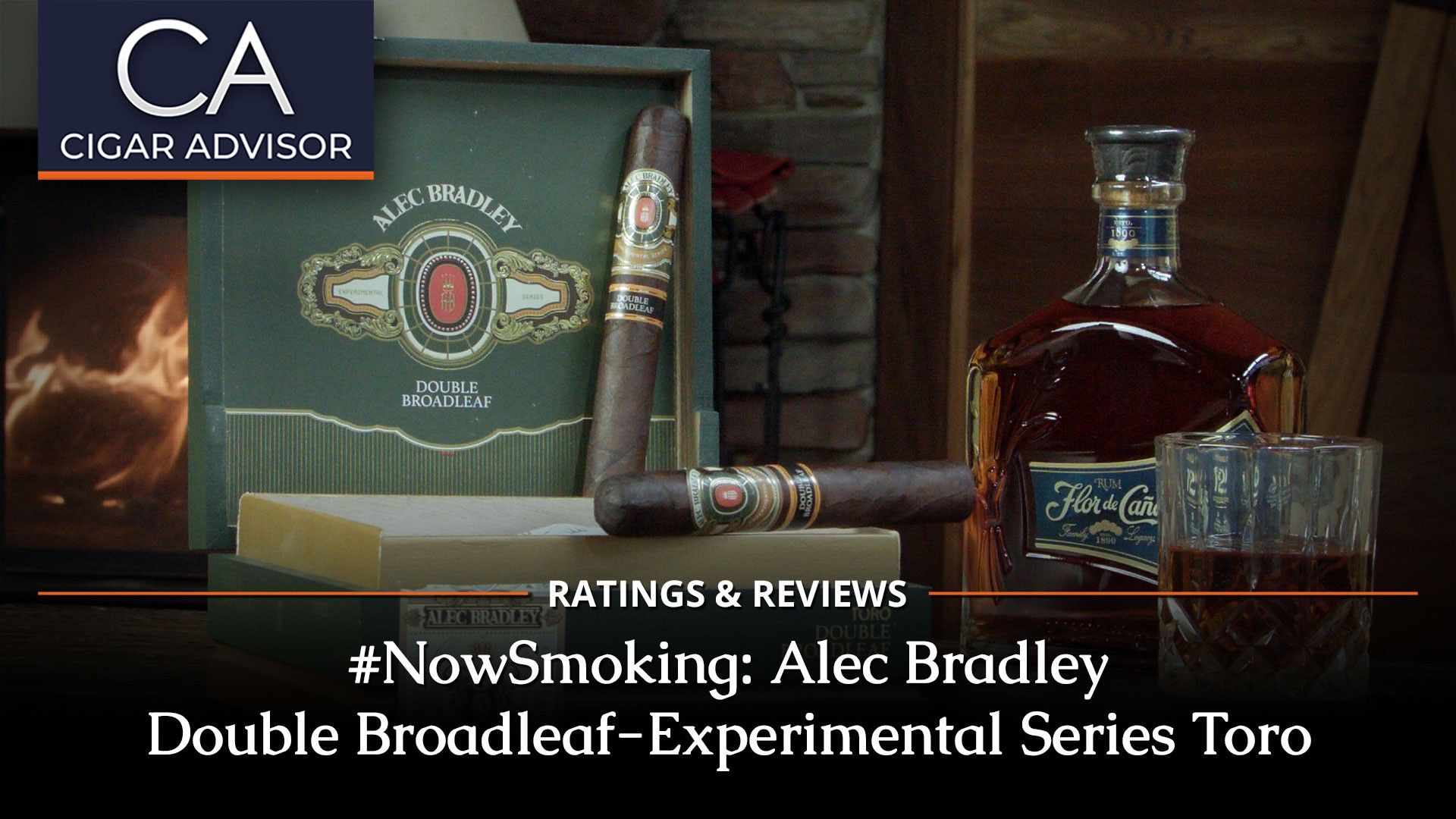 Presented in boxes of 24

Coming off a great reaction at this year’s 2022 Premium Cigar Association Trade Show, the Alec Bradley Double Broadleaf, part of their Experimental Series, is the third installment in the company’s ongoing project. It’s also the second experimental cigar line offered in several shapes, as they did with their Project 40 Maduro selection. 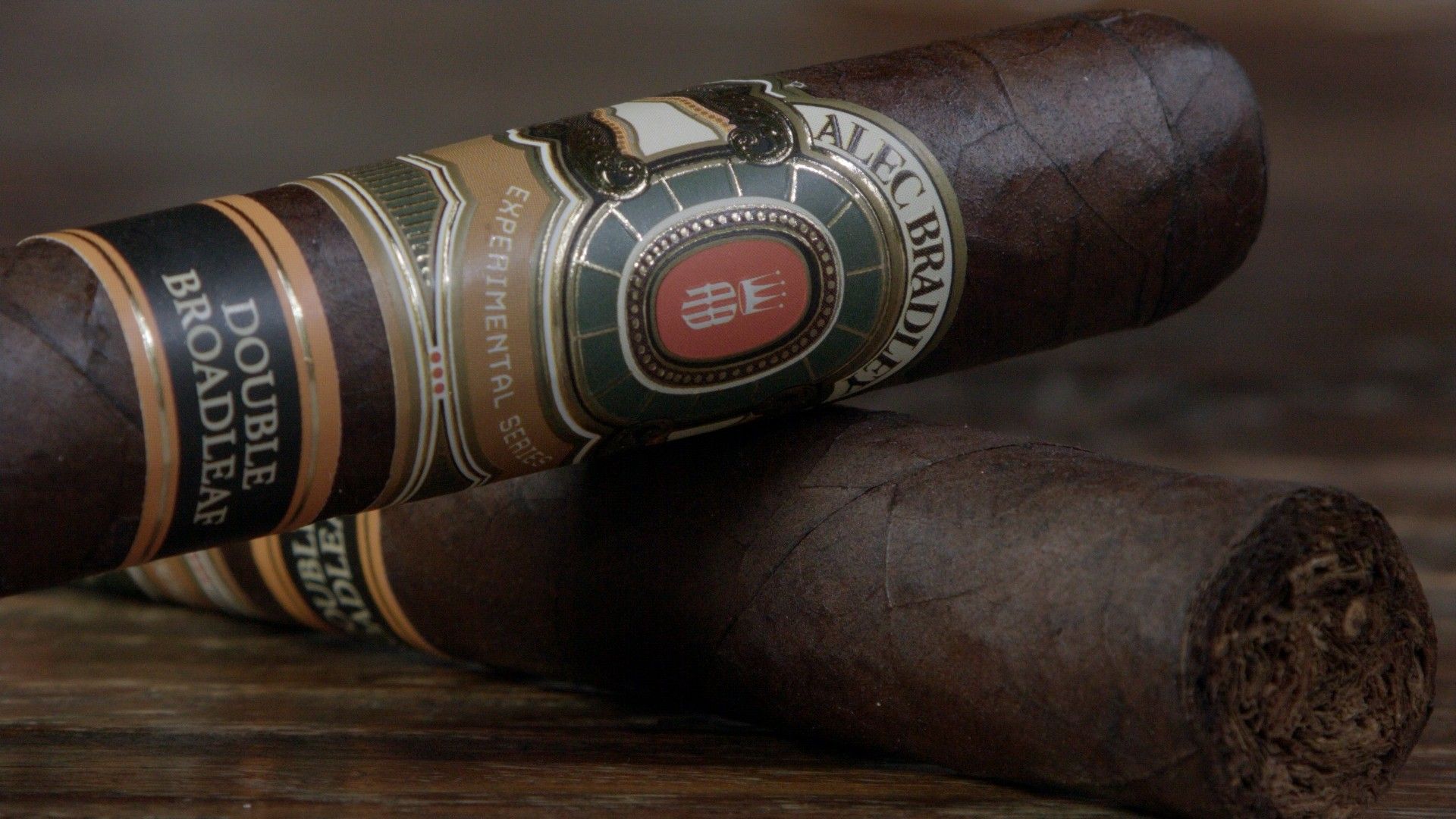 The Double Broadleaf selection is built upon Alec Bradley’s proprietary Connecticut-seed Broadleaf tobacco which is grown in Honduras. Not unlike their proprietary Honduran Trojes wrapper, the Broadleaf promises to be another standout.

“Double Broadleaf exemplifies the Experimental Series perfectly,” said second generation cigarmaker, Bradley Rubin. “It’s a flavorful cigar that delivers the extra horsepower our brand advocates have been asking us for.”

Construction: Seamlessly rolled in a thickish, dark chocolate-hued wrapper, which I found not as toothy as the more common U.S. Connecticut broadleaf. I found no soft spots along the length of the cigar. The cap is a triple and expertly applied. Even the bands look great against the dark color of the wrapper. Both of my samples had an excellent draw.
Cold Draw: Slight lime-like citrus and sweet tobacco.
Base flavors: Earth, pepper, espresso, sweet tobacco.
Aroma: Sweet.
Burn & Ash: Long, even, and firm from top to bottom. 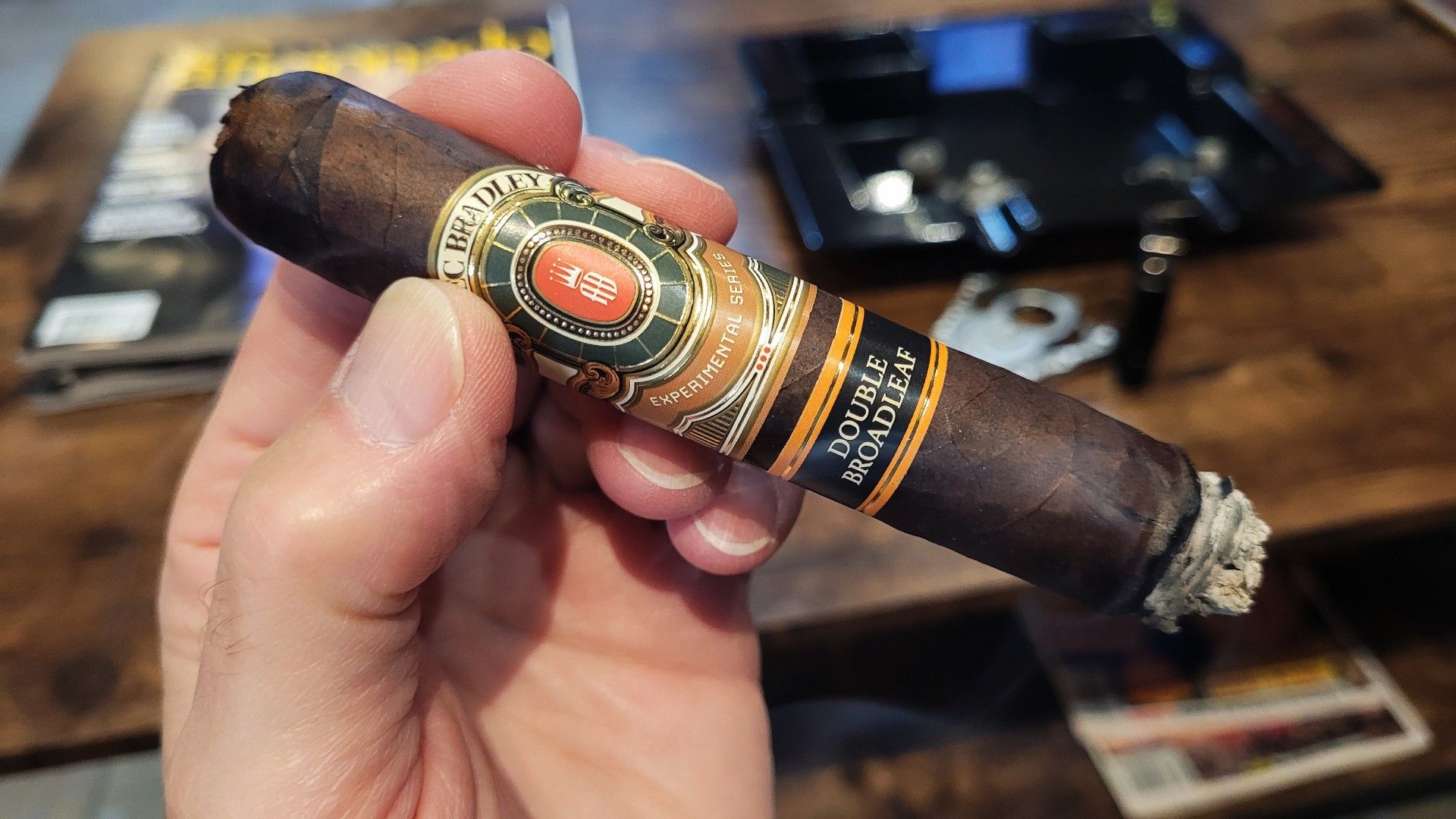 The cigar opened with a hearty blast of red pepper and a hint of lime citrus. Earth tones followed as the lime note quickly disappeared. Subsequent draws began to reveal more earth and now, black coffee and a long finish. At about half an inch, the cigar rounded-out and turned creamy with a medium body and strength. A smack of sweet tobacco and more of a white pepper spice also became present. 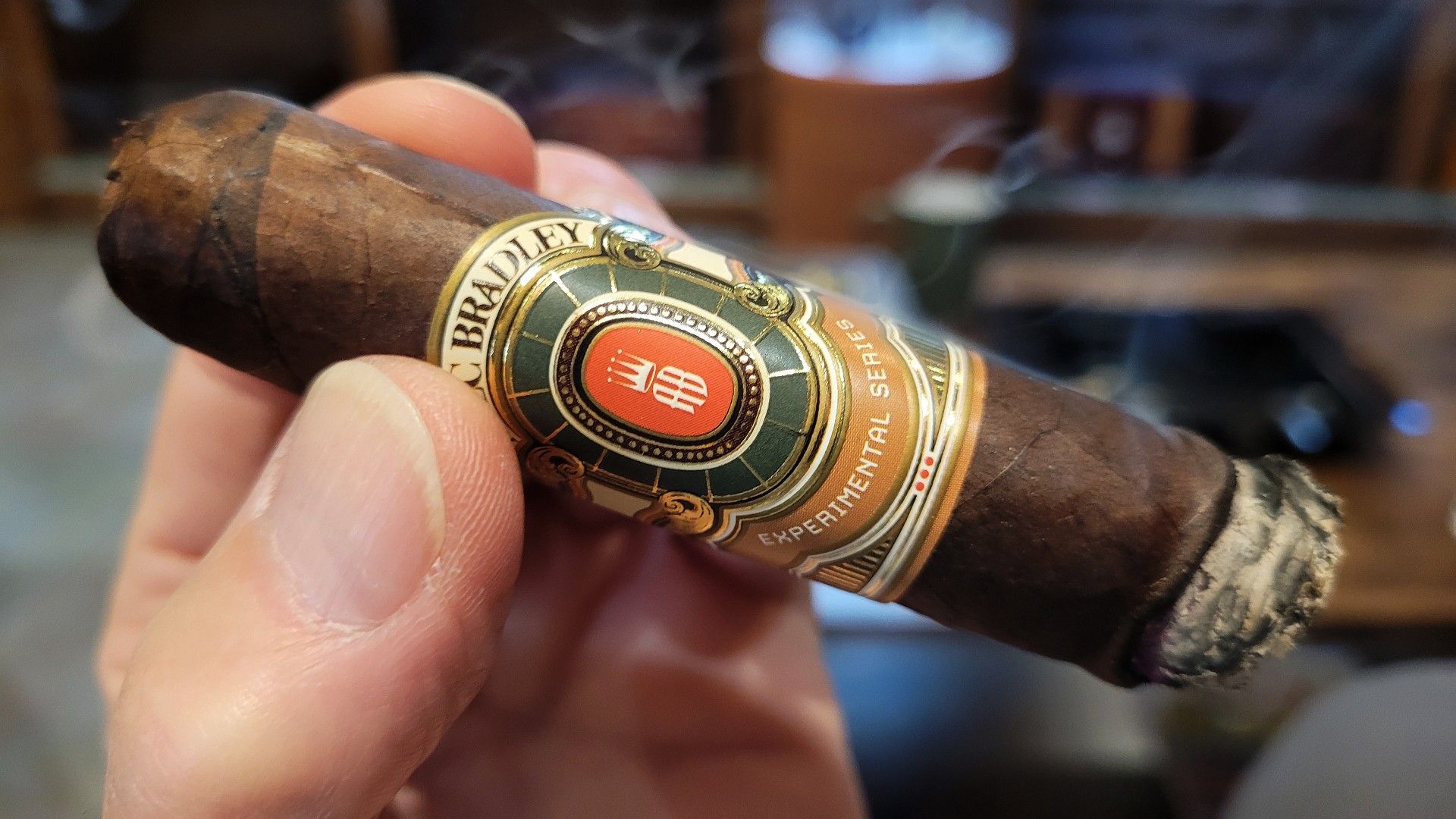 A fair amount of earth and espresso began to dominate. The smoke was well balanced, and the peppery finish had begun to fade-out. At the midsection the cigar continued to smoke smoothly and offer a good balance of flavors. The body began rising to medium-plus while remaining medium in strength. By the end of this section, there is a well-defined espresso flavor with some of that earthiness trailing behind and a spot of sweet tobacco in the center. 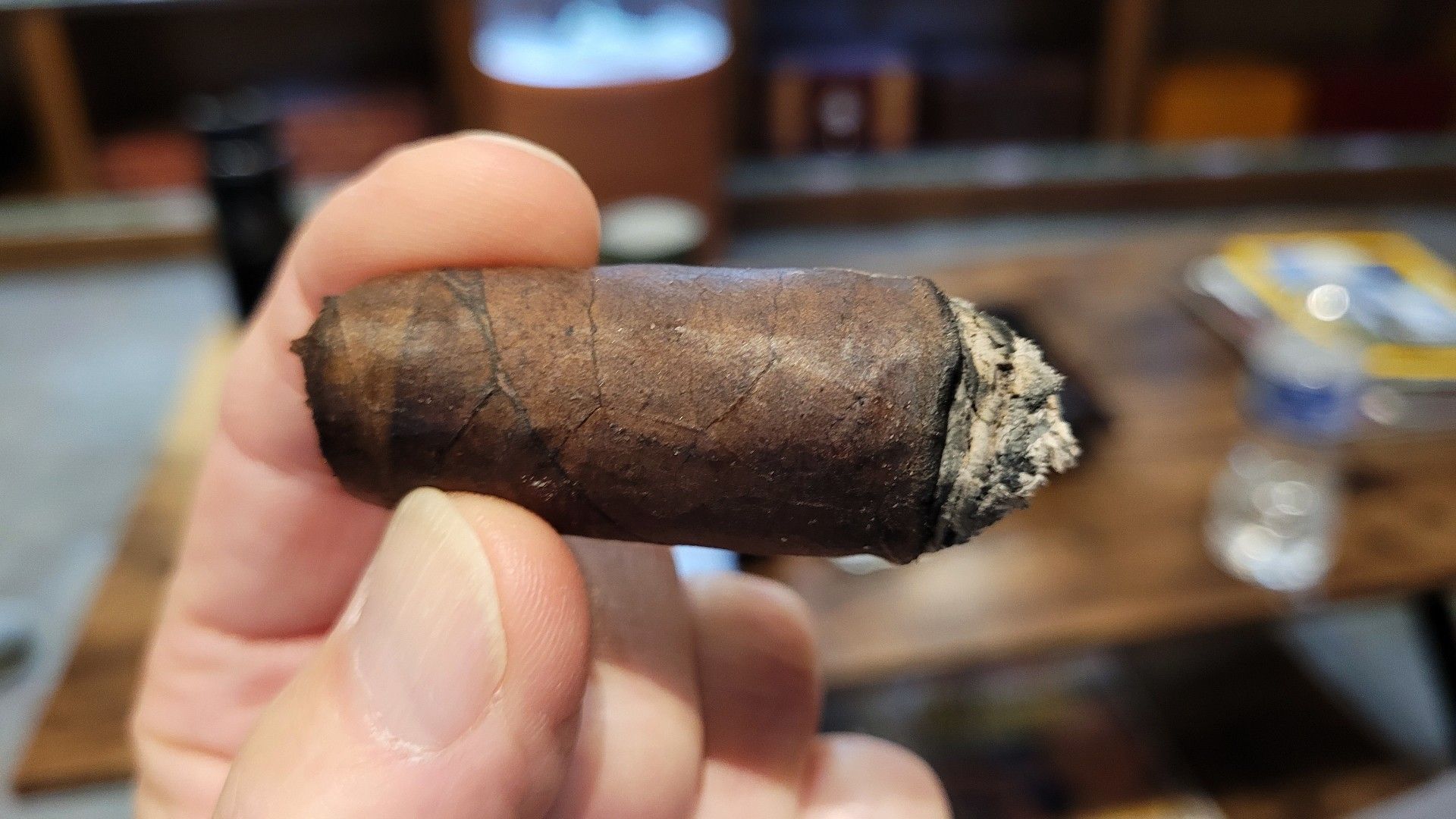 At this point I was convinced that the cigar was performing very consistently. Now, full-bodied, at this stage the smoke was still smooth and balanced as espresso and earth became the leading flavors. Even though some of the sweetness had faded, there was still some remaining in the finish. Interestingly enough, some puffs at this late stage were sweeter than others. I also had no issues smoking the cigar down to just under one inch. 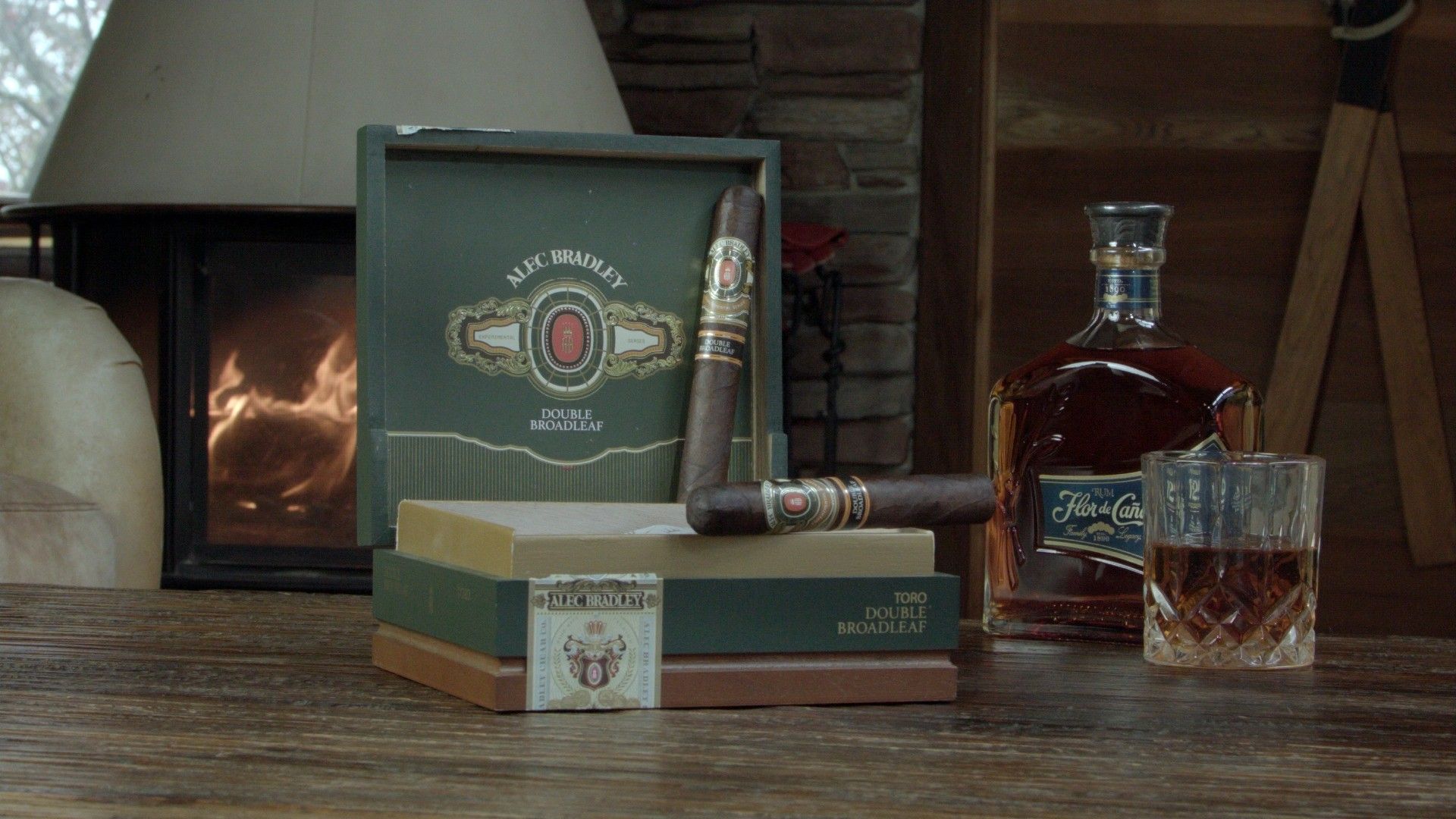 A good dark rum or bourbon. Or, to go with its earthy-coffee profile, a dark IPA might do the trick. Espresso is a natural, or maybe opt for an Irish coffee.

Is the Alec Bradley Double Broadleaf Toro worth smoking?

Definitely. I found the Honduran Connecticut-seed Broadleaf binder and the Nicaraguan broadleaf binder combo worked really well. Besides, I always look forward to smoking new types of tobaccos. As for its use as a wrapper, I think you’re going to be seeing more of this from Alec Bradley, too. The Nicaraguan Broadleaf binder certainly contributed some of the earthier notes and strength to the blend. Although I expected this Toro to be sweeter, I wasn’t disappointed. As to who it’s for, I have to go with more experienced cigar smokers who like bold, dark, full-strength cigars. Fortunately, the strength doesn’t get to an uncomfortable level. Therefore, cigar smokers who go for more medium to medium-plus cigars like moi, will get a lot out of it.