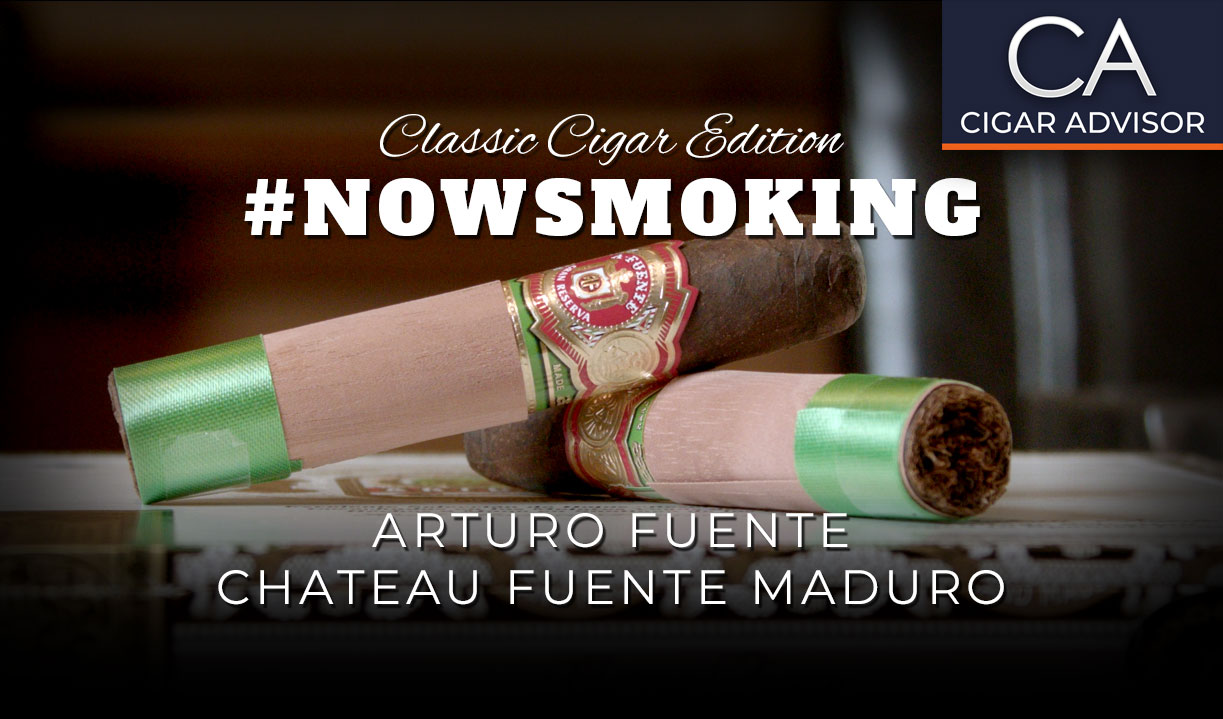 [Ed. Note: Due to high demand, supply of this cigar is limited.]

The Arturo Fuente cigar brand was launched in 1912 in West Tampa, Florida, by 24-year-old Cuban émigré and brand patriarch, Arturo Fuente, who arrived on the shores of the U.S. in 1909 in the aftermath of the Spanish–American War. A. Fuente & Co. started by Arturo blending and rolling cigars in the back of his house with his wife Cristina and two sons, Carlos [Sr.] and Arturo Oscar. Their success eventually allowed them to purchase a three story wooden building that served as the company’s first factory. At that time, Tampa was home to over 200 cigar factories, and all of them imported tobacco from Cuba.

By the mid-1990s, when the Cigar Boom was in full swing, Carlos Sr. and his son Carlos “Carlito” Fuente Jr. made cigar history when they released their Fuente Fuente OpusX cigars. These hearty, complex Dominican puros turned the cigar industry on its head, and the Fuente family never looked back. The OpusX cigar became the new standard in premium cigars, and set the precedent for bolder cigars to come. Moreover, it also gave a big boost to their main line “Grand Reserva” cigars, Hemingway, and Don Carlos selections. Today, it’s almost impossible to find an avid cigar enthusiast who hasn’t smoked at least one Arturo Fuente cigar. 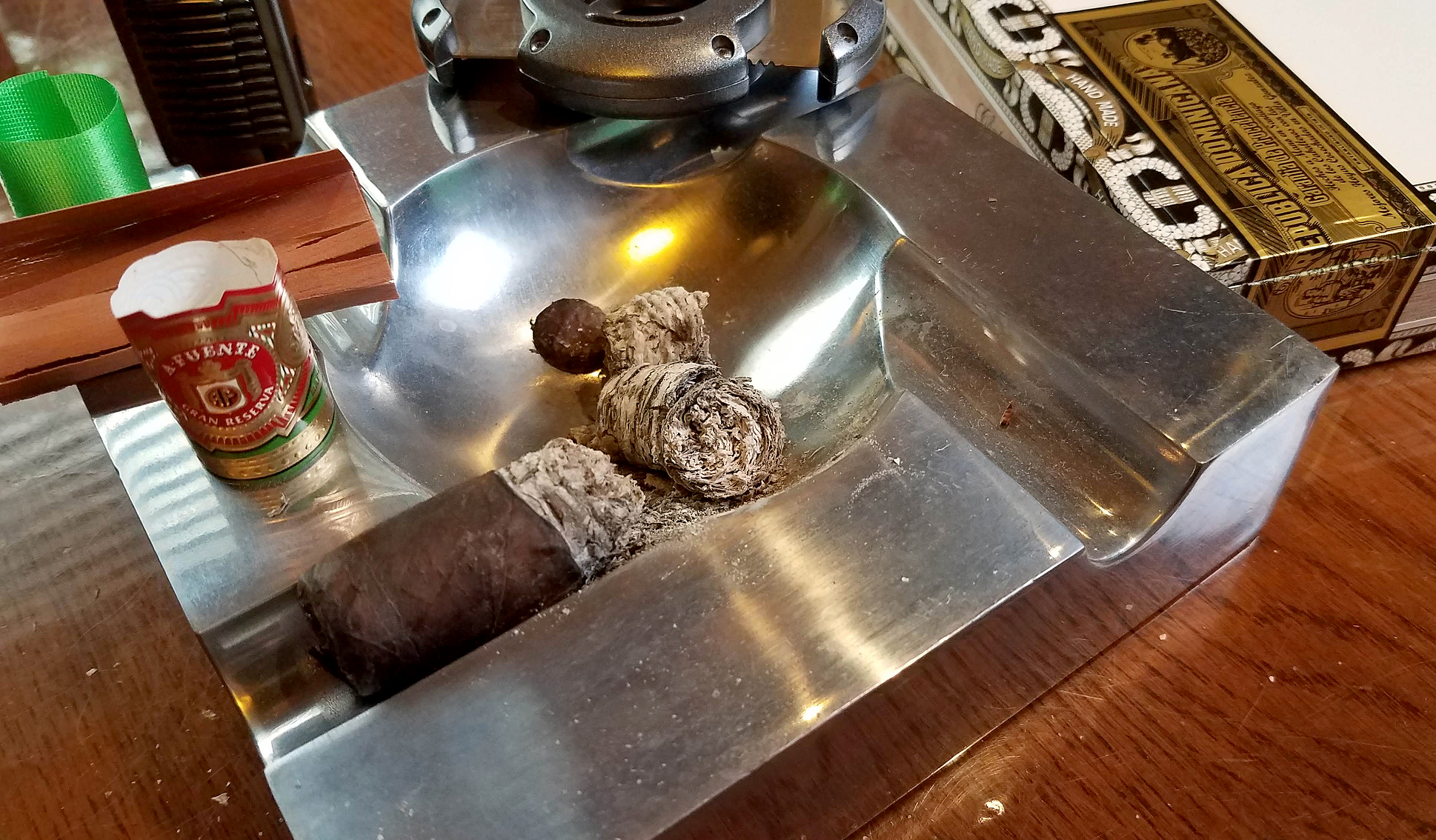 With success having been kind to the Fuente’s, they have also given back through their charity, the Fuente Family Foundation, which supports numerous charities, and serves the children and families living in impoverished regions of the Dominican Republic.

Still based in Tampa, four generations later, Arturo Fuente Cigars remains a family-owned business with factories in the Dominican Republic and Nicaragua.

Due to its long-standing popularity, consistently high tasting scores, and affordable price, the Chateau Fuente has become one of the world’s true classic cigars. The cigar falls under the Chateau Fuente Line, which is a line extension of the Arturo Fuente Gran Reserva line. Rolled to a 4½” x 50 Rothschild, the cigar reviewed here features a U.S Connecticut Broadleaf wrapper over Dominican binder and fillers, and is also available in Connecticut Shade and Ecuadorian Sun Grown wrappers.

Let’s talk construction. How well was it made?

Impeccably. The Connecticut Broadleaf wrapper was dark to the point of almost Oscuro, and uniform in color. Packed to the gills with filler, and seamlessly rolled, the wrapper was thick, toothy, finished with an expertly-applied triple cap, and protected by a cedar sleeve with a green silk band at the foot. The draw was snug, yet allowed a desirable amount of air flow that revealed pre-light notes of cedar and leather.

So, how did it smoke?

Perfectly. Smooth and creamy smoke flowed easily through the head revealing an even burn, a sweet aroma, and a firm grey ash from toe to head. Act I picked-up where the cold draw left-off with a medium body, plus well-balanced notes of cedar, leather, and an appealingly sweet spiciness.

The cedar and leather were more prominent in Act II as the sweet spice (I noticed some nutmeg in there), prevailed. At this juncture Khuong noticed more of a chocolate flavor, while I got more coffee.

In the final third, the cedar and coffee became more pronounced, riding just above the base of cedar, leather, and sweet spice. At this point the body bordered on medium-plus, but all told, this Rothie demonstrated impressive consistency and balance. 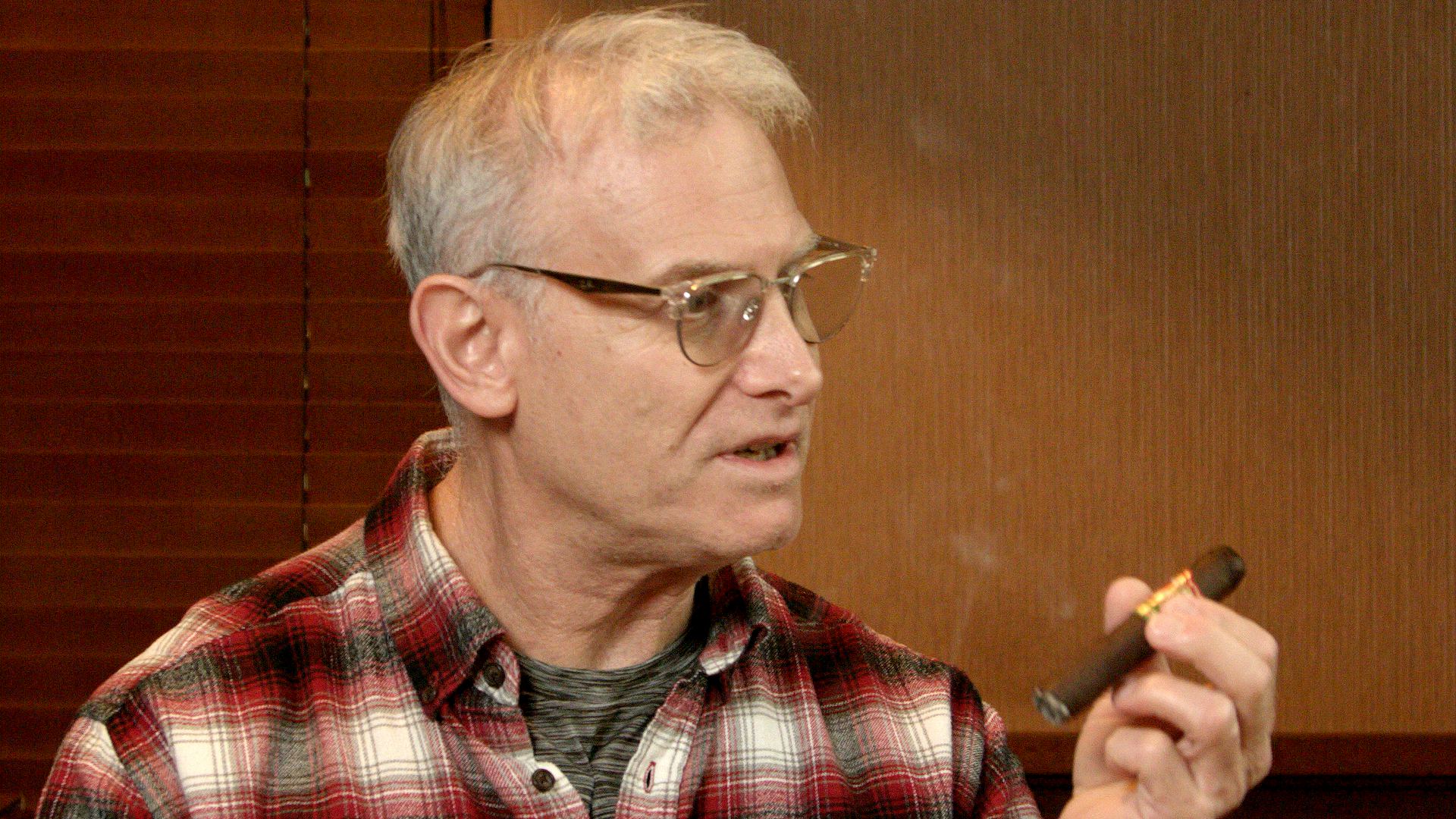 What were the primary flavor notes?

Cedar, leather, coffee, dark chocolate, sweet spices, and a hint of earthiness in the last act.

So, was it complex?

Yes. Khuong and I were in-sync on this in terms of the number of flavors offered throughout, rather than the number of change-ups, which were few. So, consistency won the day for this cigar. 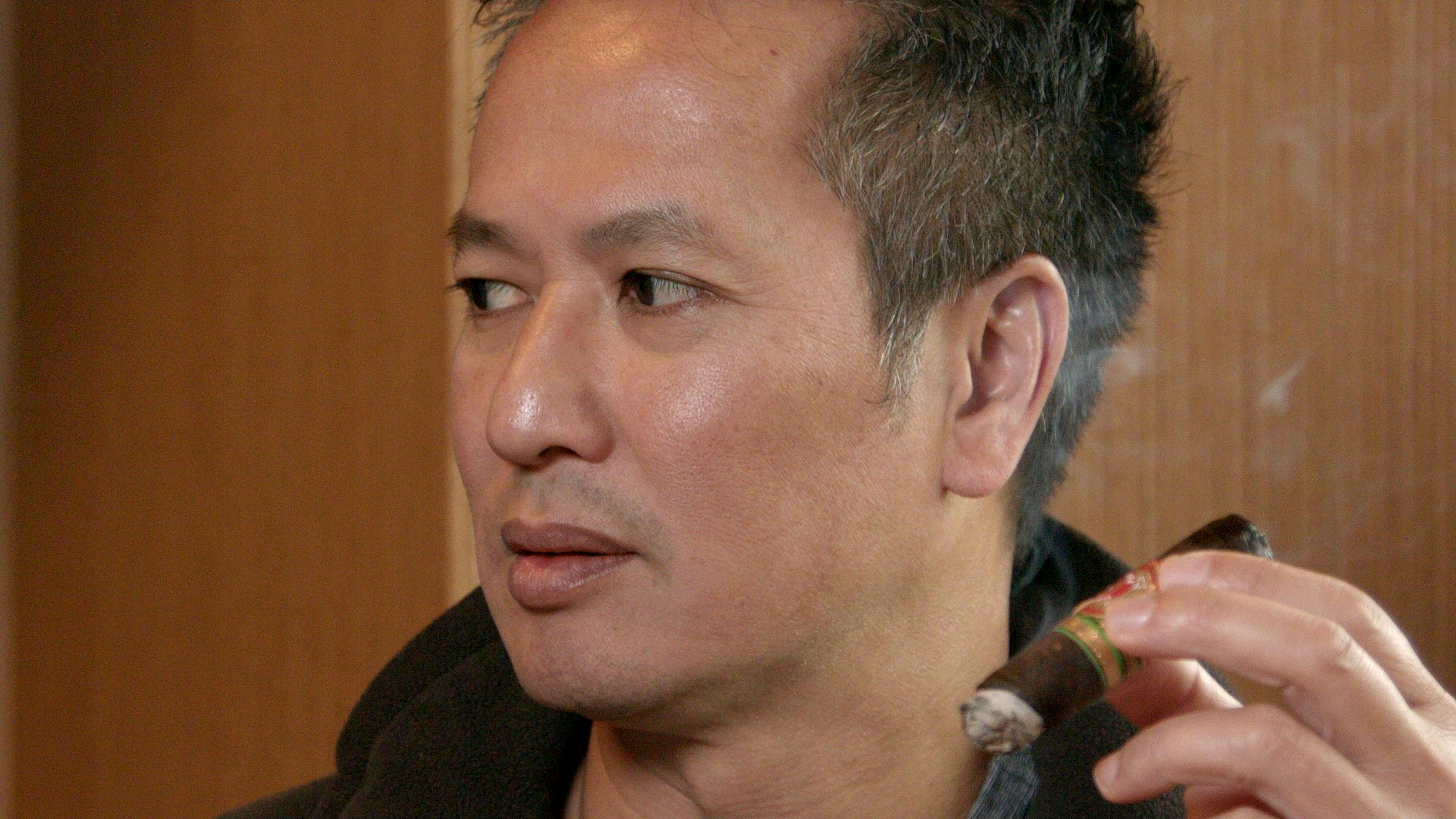 For smoking in the morning, most definitely coffee. For late in the day, Khuong suggested an IPA. As an after dinner treat, a well-aged rum; or if wine’s your thing, a medium-bodied Cabernet.

Cigar smokers across the board, from novice and up. Khuong felt newbies might want to get their feet wet with something a little lighter – I suggest the 8-5-8 Flor Fina Cameroon – then move to the Chateau Fuente. However, the smoothness and balance of the smoke would probably satisfy most newcomers, especially those interested in a prime maduro wrapper. 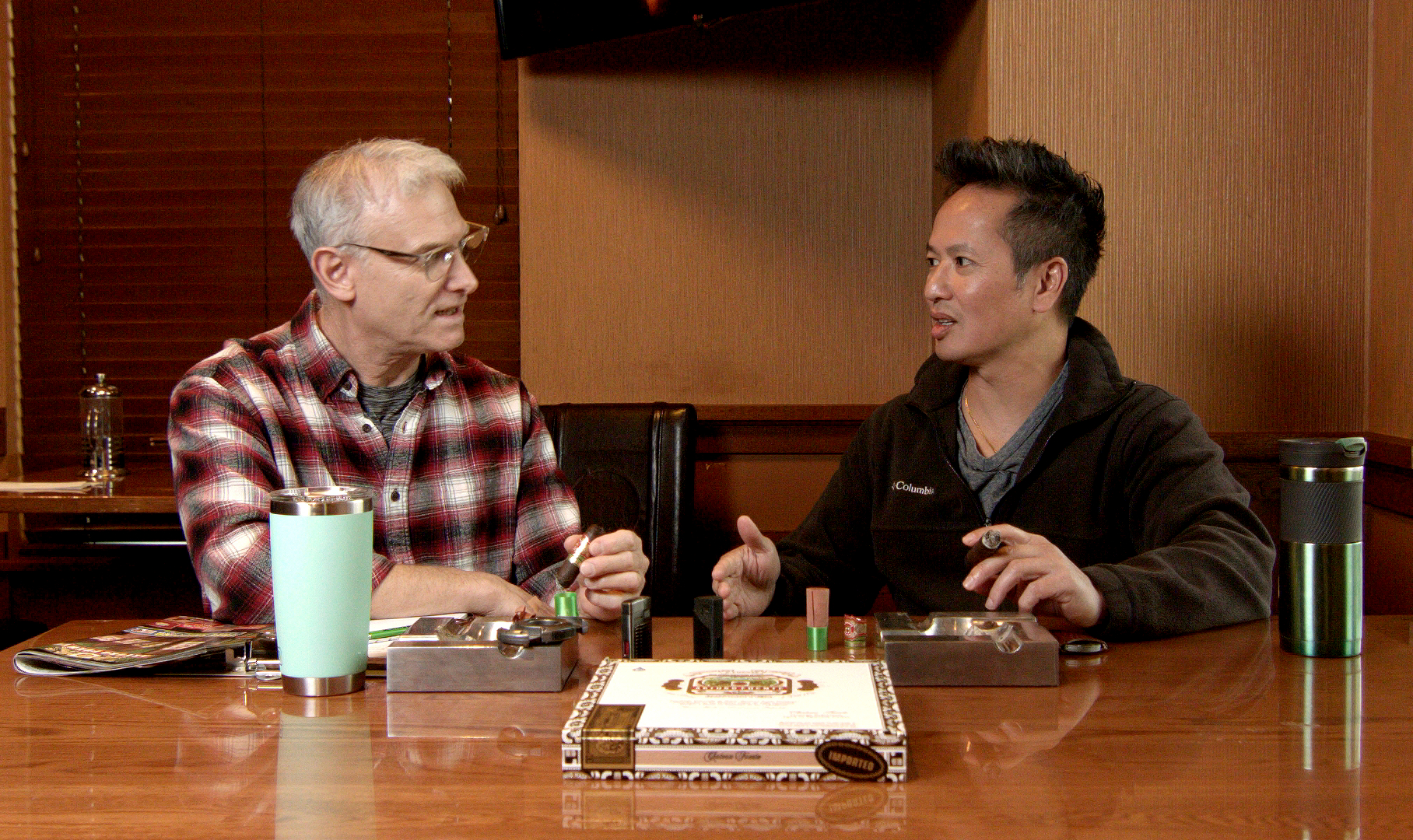 The fact that it’s a Fuente makes that a given. Add that this cigar costs less than $6/smoke (at press time), the hour long smoke time, and you’re getting a lot of cigar for your money – especially for a Rothschild.