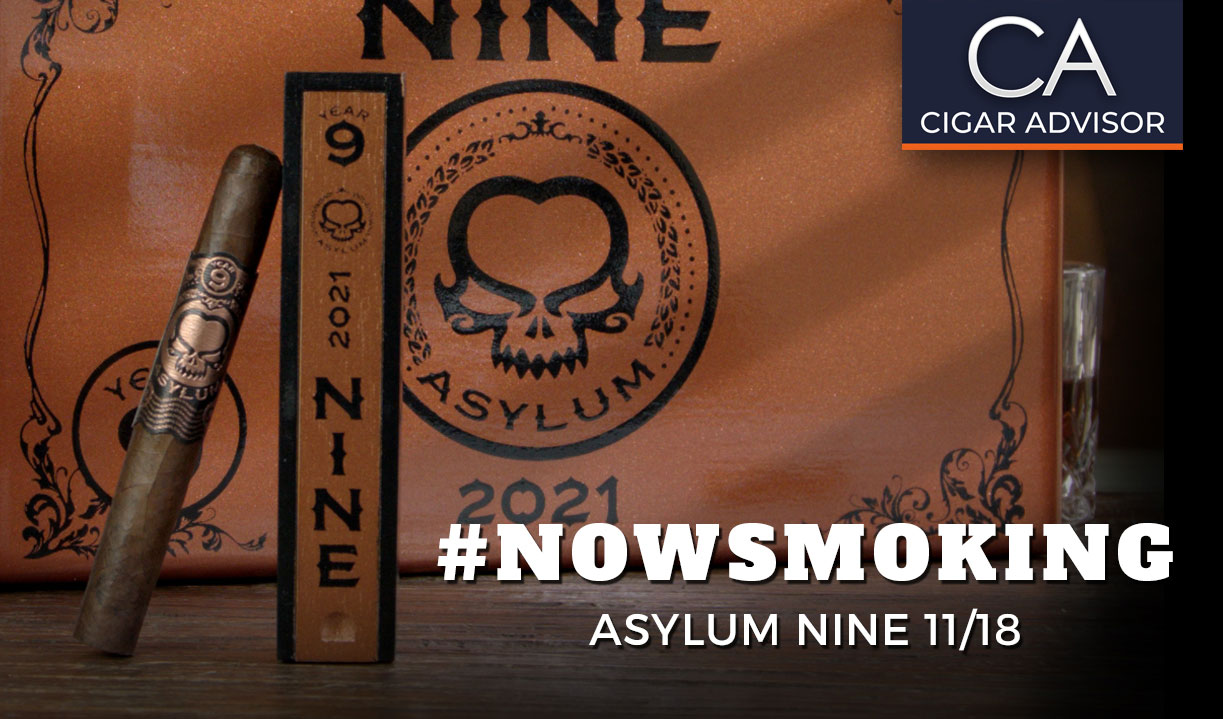 The Asylum NINE 11/18 Cigars Back Story

Asylum Cigars are the other face of the C.L.E. cigar company that was founded in 2012 by former Camacho Cigars president Christian Eiroa, Tom Lazuka, and Kevin Baxter. Headed by Mr. Lazuka, Asylum emerged from the so-called boutique side of the cigar industry. The brand is known for its vibrant, rich-tasting selection of both Nicaraguan and Honduran blends. Made with excellent craftsmanship and sold at affordable prices, Asylum may be best known for its supersized ring gauge cigars like their popular The OGRE series. 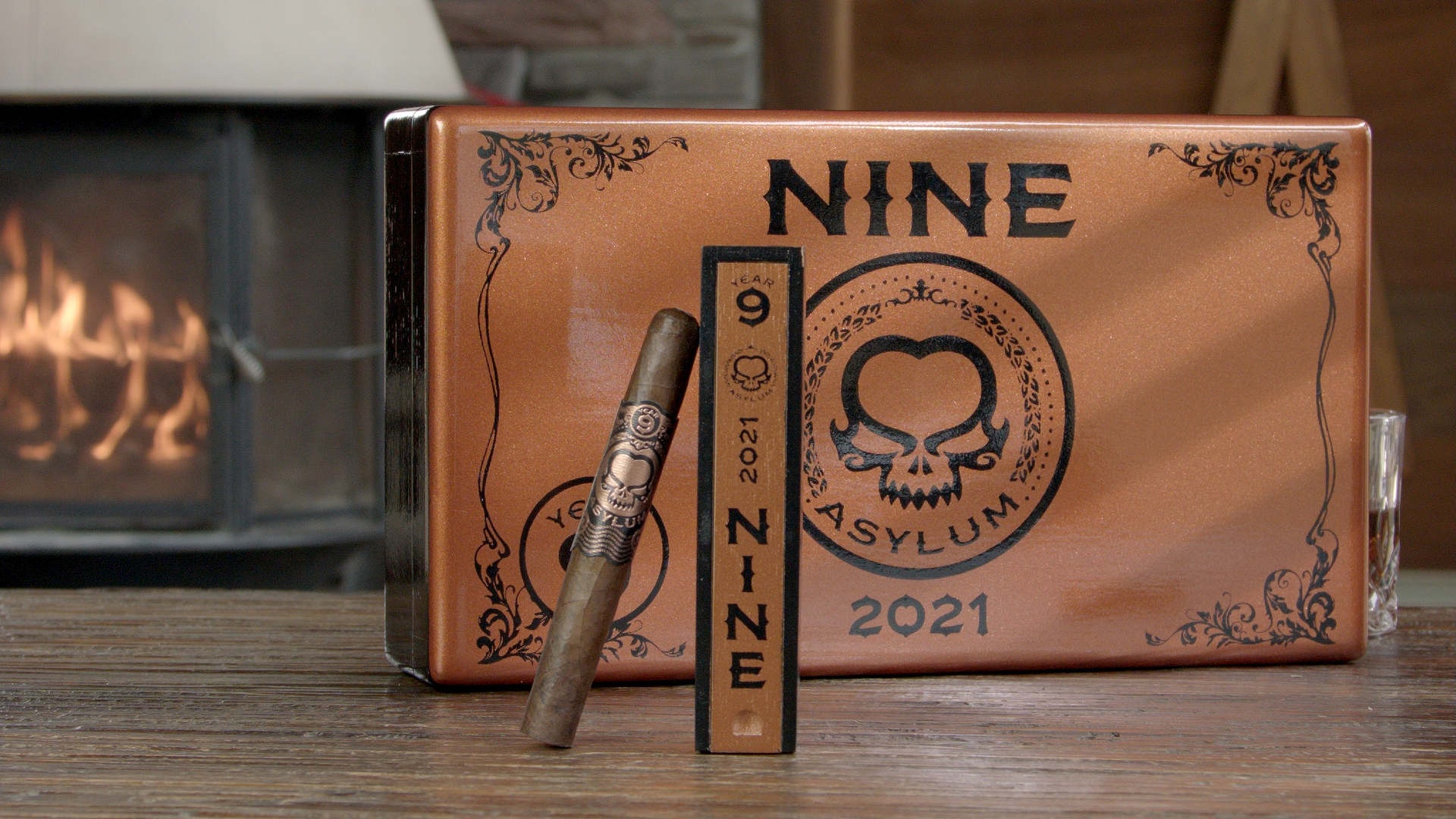 Asylum NINE is the third limited edition anniversary series for Asylum. Blend-wise, NINE is a Honduran puro made with a stunning Corojo wrapper grown on the Eiroa’s Jamastran farm. Produced at CLE’s El Aladino Factory in Danlí, Honduras, only 1,000 boxes were released. Plus, as they did with Asylum 7 and 8, there is a 7×70 Parejo and an 11/18 figurado, but there’s also a 9×90. 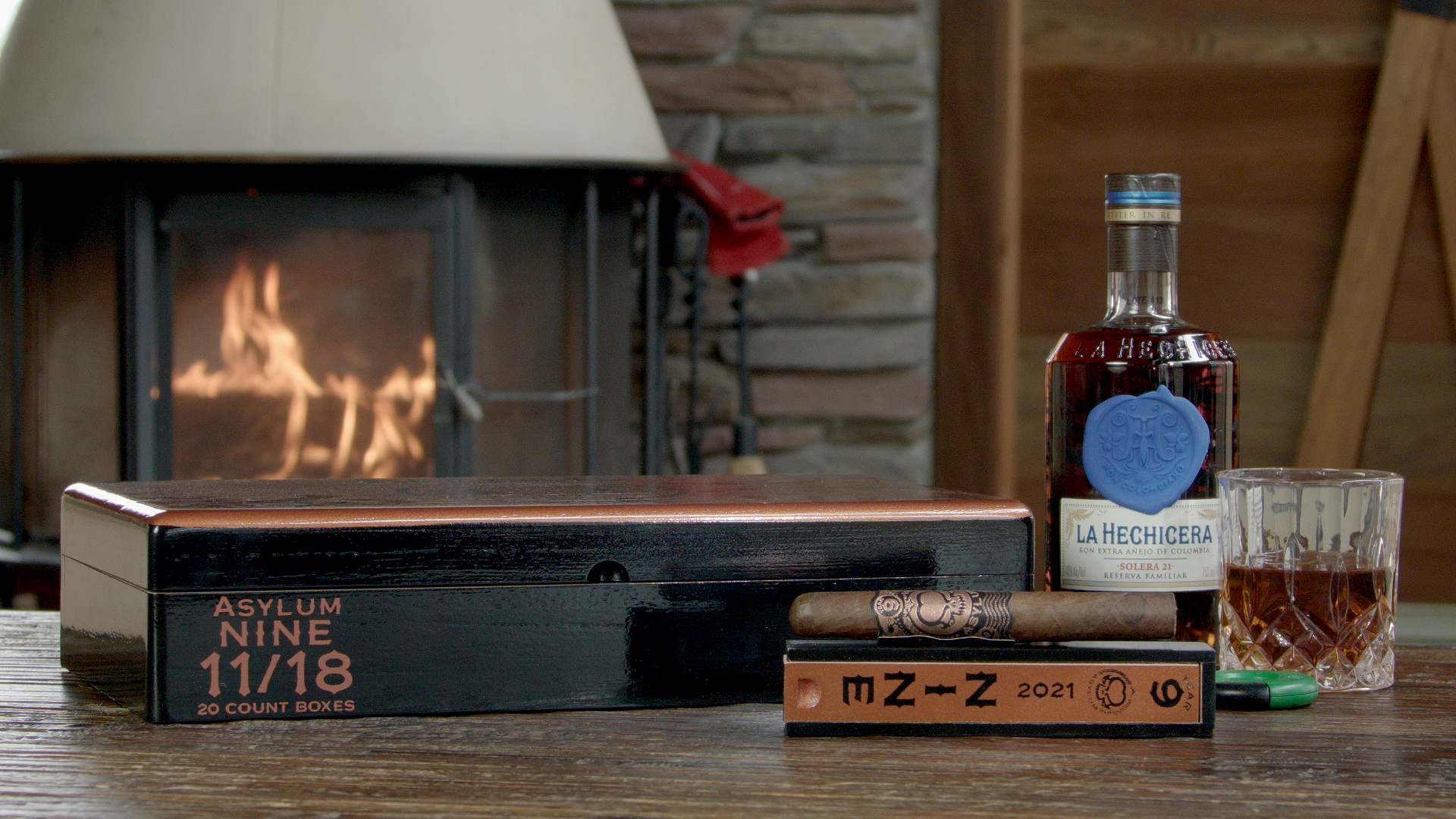 Although Asylum has enjoyed more national success with their 70 and 80 ring gauge cigars in the recent years, Tom Lazuka has made it clear that Asylum will not just be doing big ring gauge cigars going forward.

Construction: The cigar has a solidly built feel to it; I’m also a fan of the shape. The wrapper is dark, oily and even in color. There are some little vein tributaries, but I think they give the cigar a little character. The wrapper is less than delicate, too. The Asylum skull graphic is done in a copper and black color scheme which complements the dark, coppery color of the wrapper. The three-seam cap is perfectly applied.
Cold Draw: Excellent with a tart and lightly woody taste.
Base flavors: Earth, sweet tobacco, and white pepper; co-starring nutmeg, coffee and leather.
Aroma: Sweet.
Burn & Ash: Very good, and slow; both samples smoked close to one hour. A distinct carbon line surrounds a mostly even burn that reveals a firm grey ash. 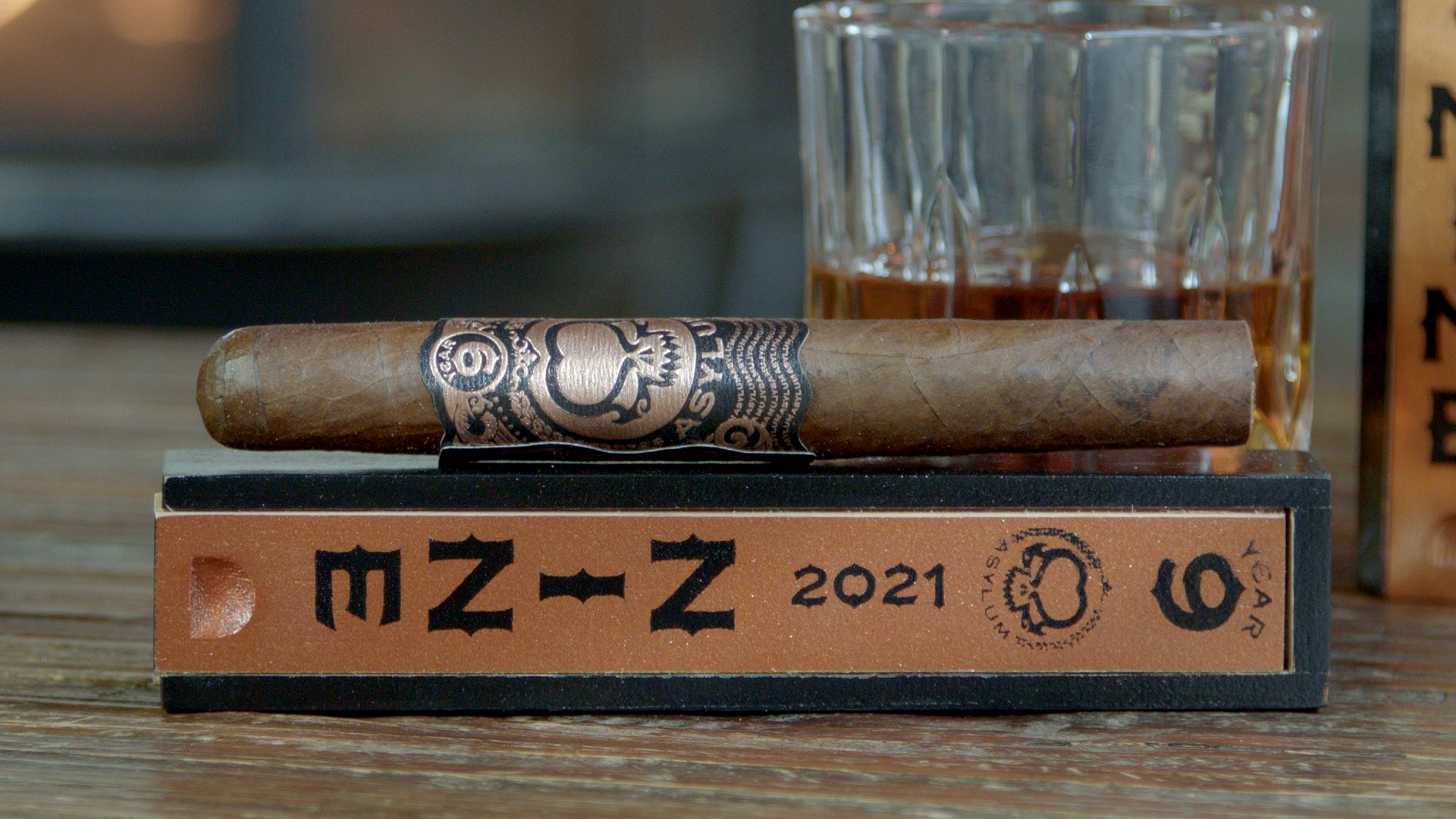 #nowsmoking @famoussmokeshop: Rolled in a shimmering Honduran wrapper, this figurado reveals a medium-plus kinship of creamy, earthy, and spicy flavors underpinned with hints of nutmeg, coffee, and leather. A dash of white pepper is also present in the finish. The draw and burn are even throughout. 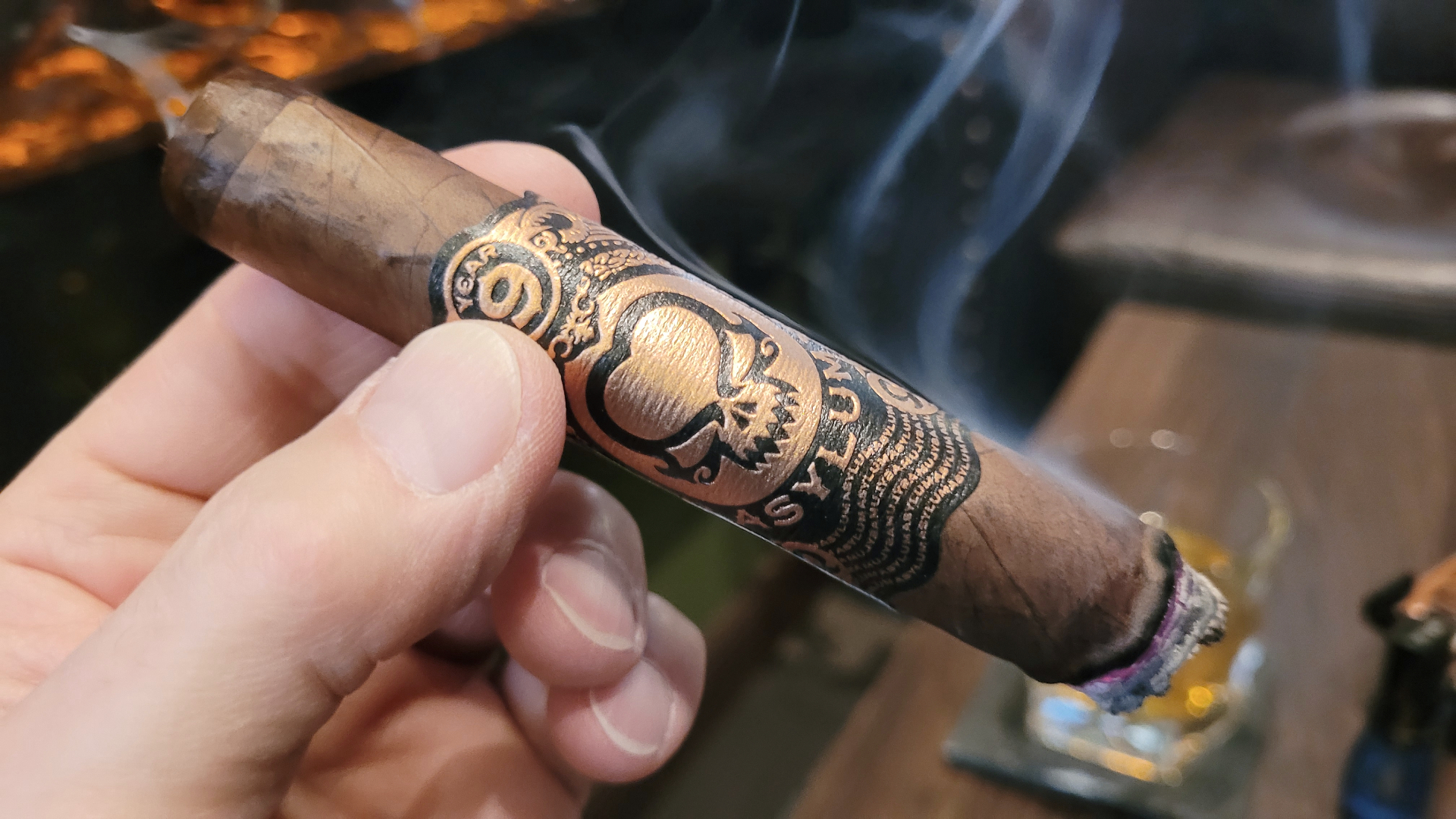 The cigar lit easily and the first few puffs were very peppery and earthy but that goes away within a half inch. The cigar also issues steam train grade smoke. The first third begins creamy, medium in body and earthy with some inherent sweetness and white pepper spice on the finish. By the end of this section the flavors are well balanced and the medium body remains. 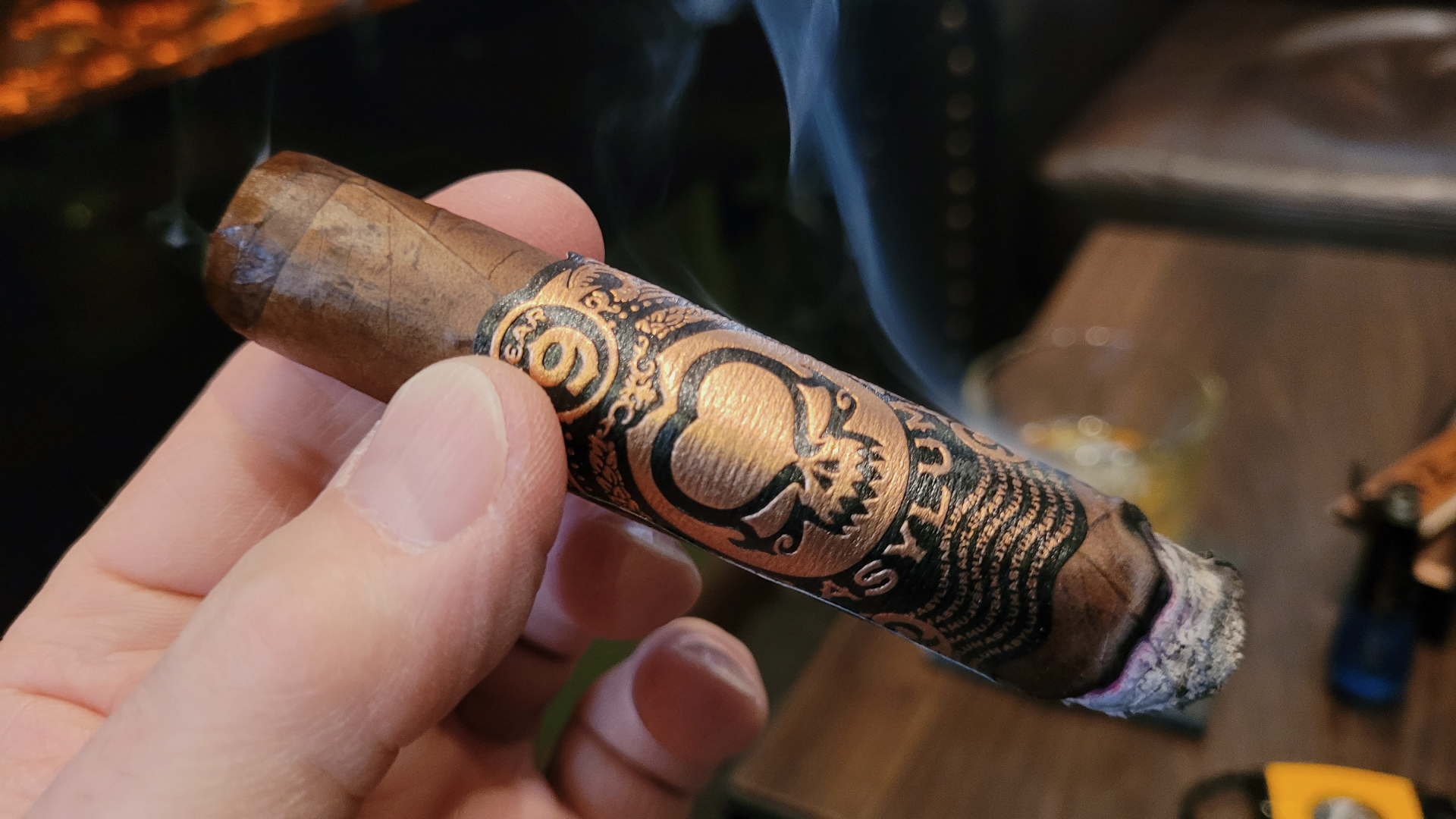 Picking up some notes of nutmeg and leather in this section while the earthiness, light sweetness, and spicy finish remain consistent. The body starts leaning toward medium-plus but still smooth, creamy, balanced, and pleasant. Further in the cigar acquires some extra sweetness and a note of coffee. The aroma also stood out with an alarming sweetness. As this section crossed into the final act, I got a mix of sweet tobacco, earth, and spice with those additional slivers of nutmeg, leather, and coffee. 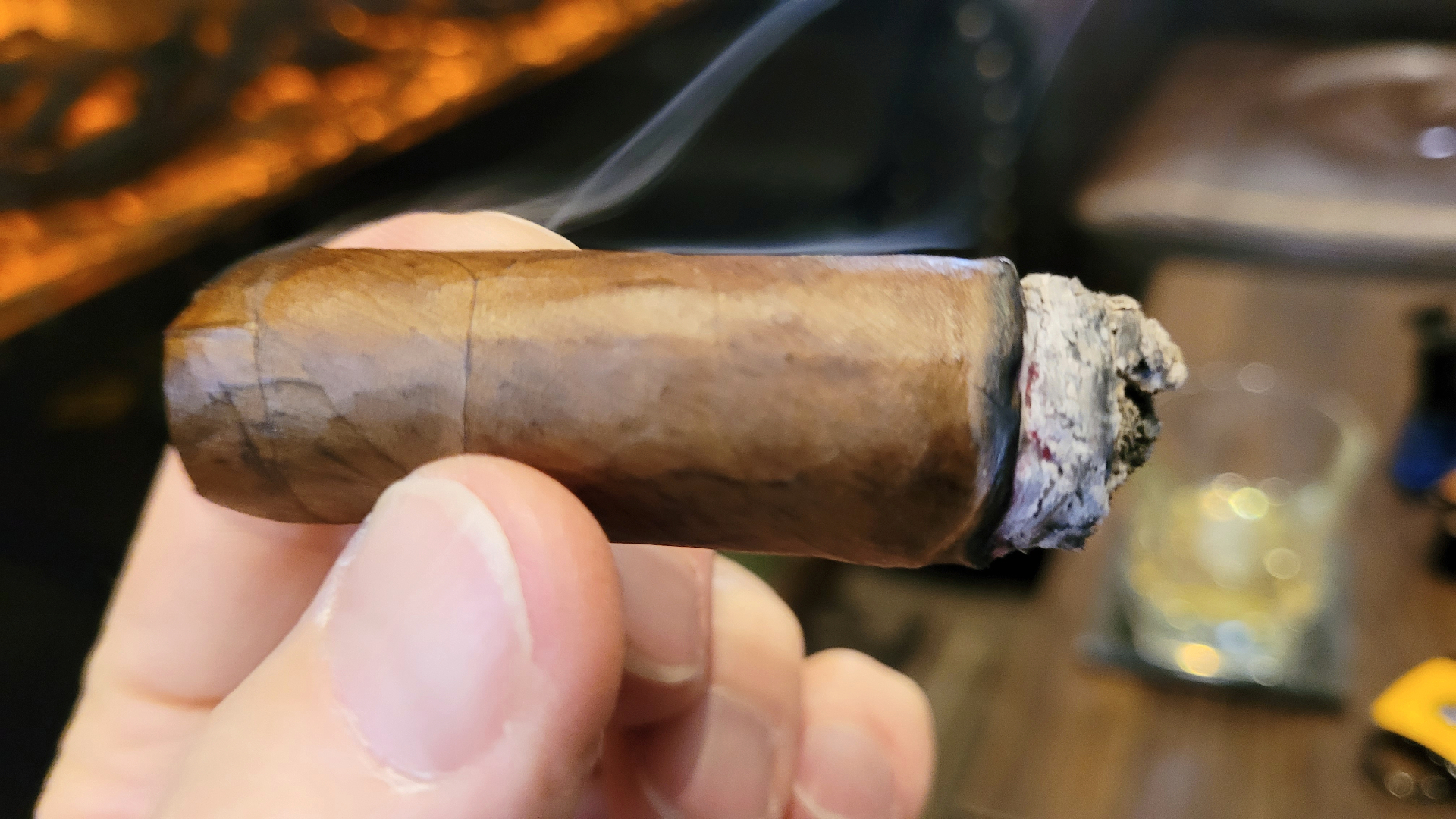 The cigar offered a bit more sweetness with just under three inches to go. The smoke remained consistent in body, creaminess, and balance. Farther along, it cranks up a notch in body moving to medium-full, and the last two inches are undeniably full. It’s also a lot spicier, earthier and lacks the earlier sweetness. Leaving it at just under two inches, I thought the cigar gave an excellent performance. 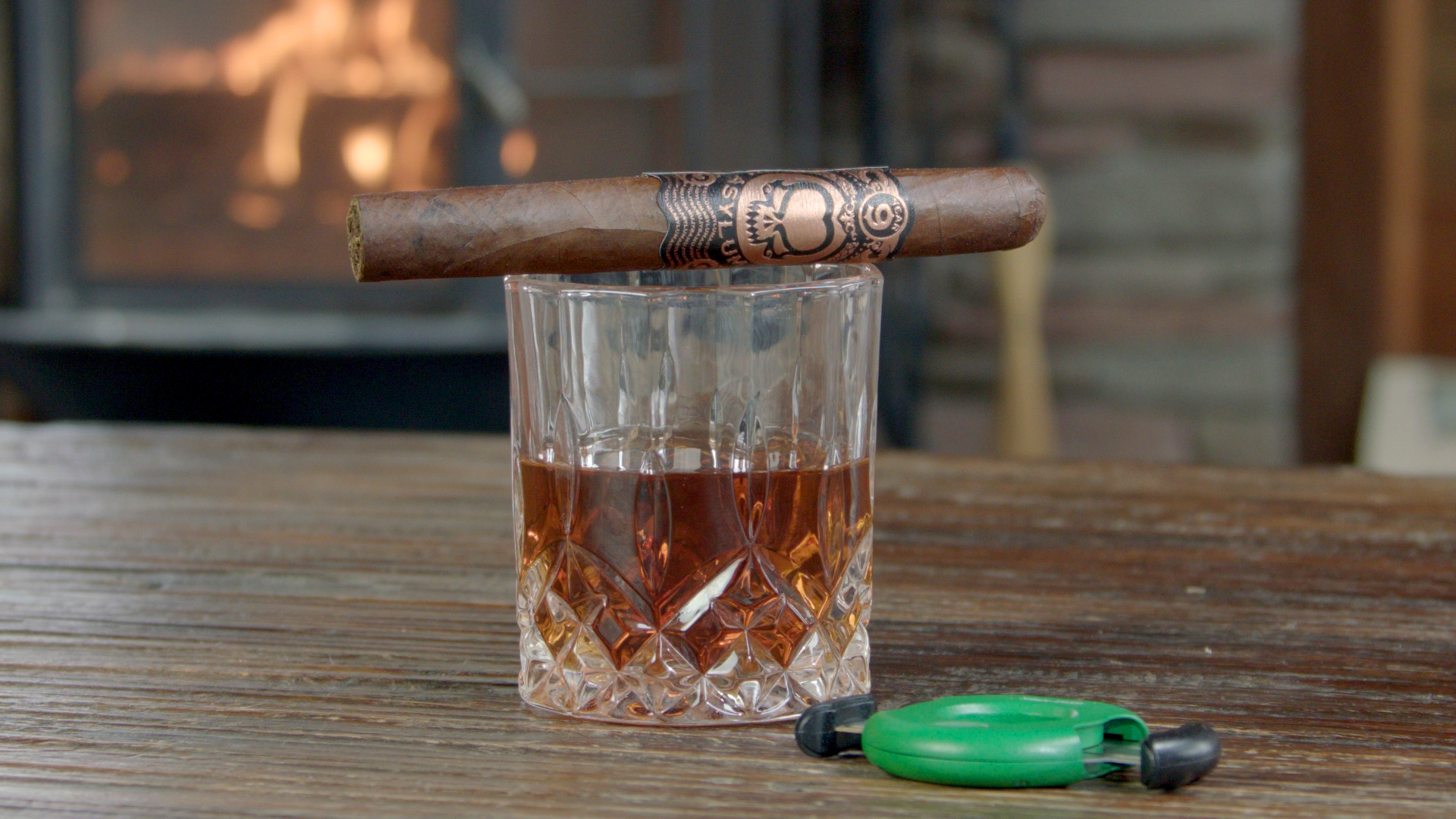 This figurado seems like a natch’ with bourbon. I had my first sample with Larceny over ice, but a good dark rum would do it justice. Excellent with coffee, too. For more combinations, see our Cigar & Spirit pairing guide. 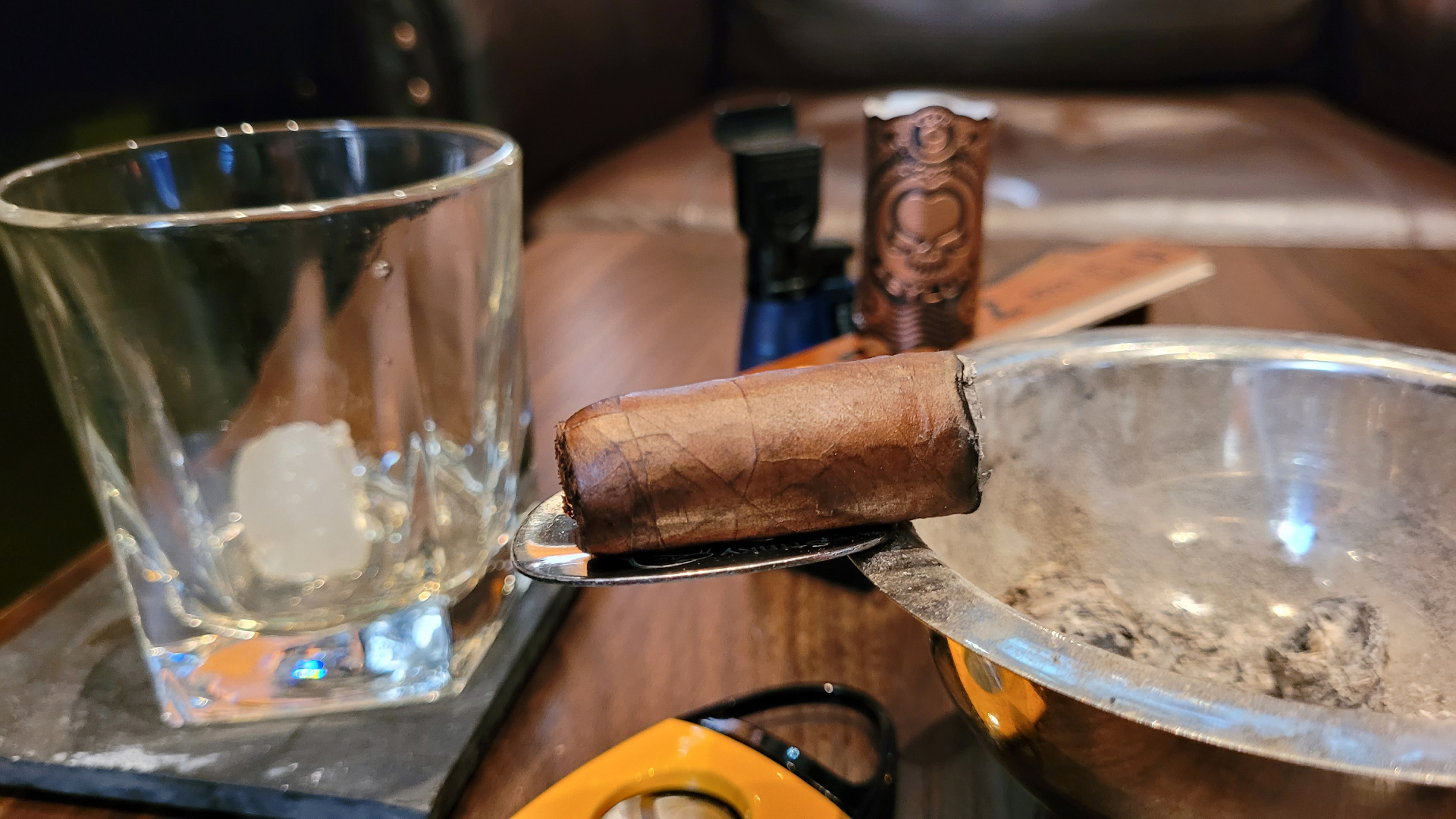 Compared to some of their other lines like Asylum Lobotomy, Straight Jacket, or even The OGRE, the Asylum 9 11/18 is one of the higher-priced cigars from the brand. I’m recommending it, not just because it was very flavorful and relaxing, or because the tobaccos are exquisite, or because I like this particular shape; I’m recommending it because if you like Honduran puros, this is one of the best I’ve had. For the most part the smoke is creamy, earthy, and spicy with a white pepper finish. There’s also a ribbon of sweetness at the core with occasional notes of nutmeg, leather, and coffee. It gets pretty full in the final inches, but all things considered, 9 should prove a lucky number for Asylum.