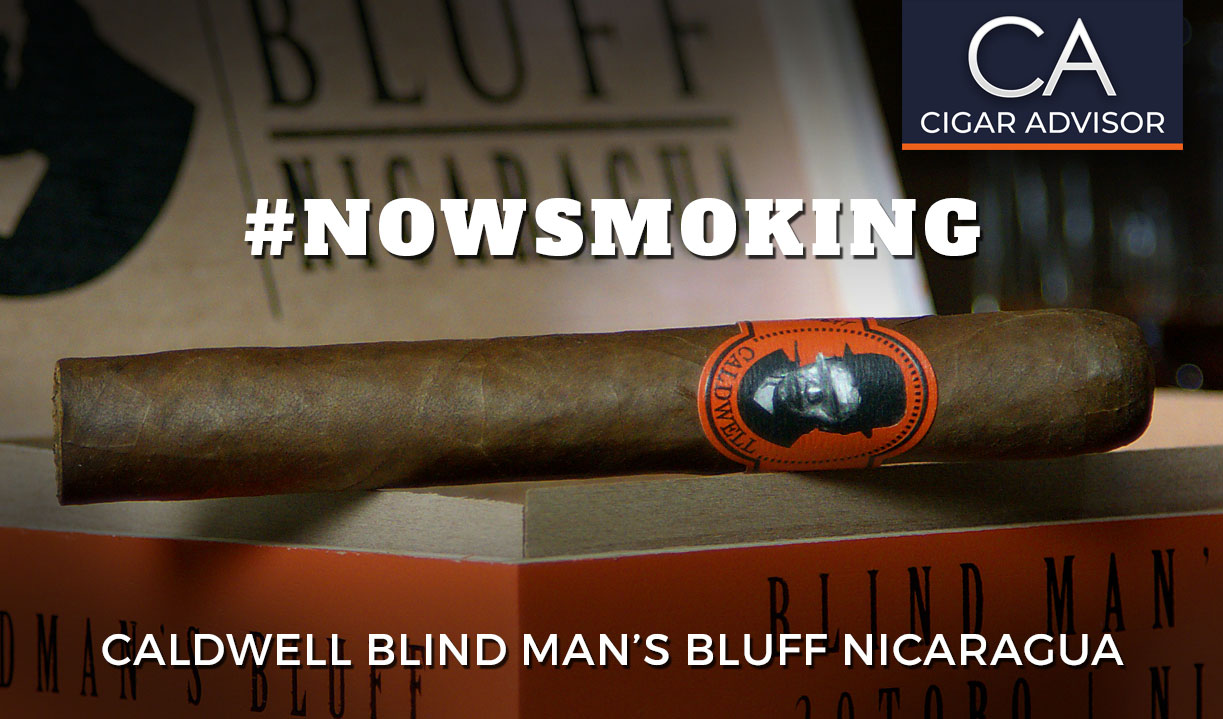 Doubling down on his signature old-timey themes, boutique blender, Robert Caldwell, has added a puro blend to this fourth installment of the Blind Man’s Bluff menu. According to Robert, his fans have been “…begging us for years to add a 100% Nica cigar to that lineup.” He was happy to oblige. 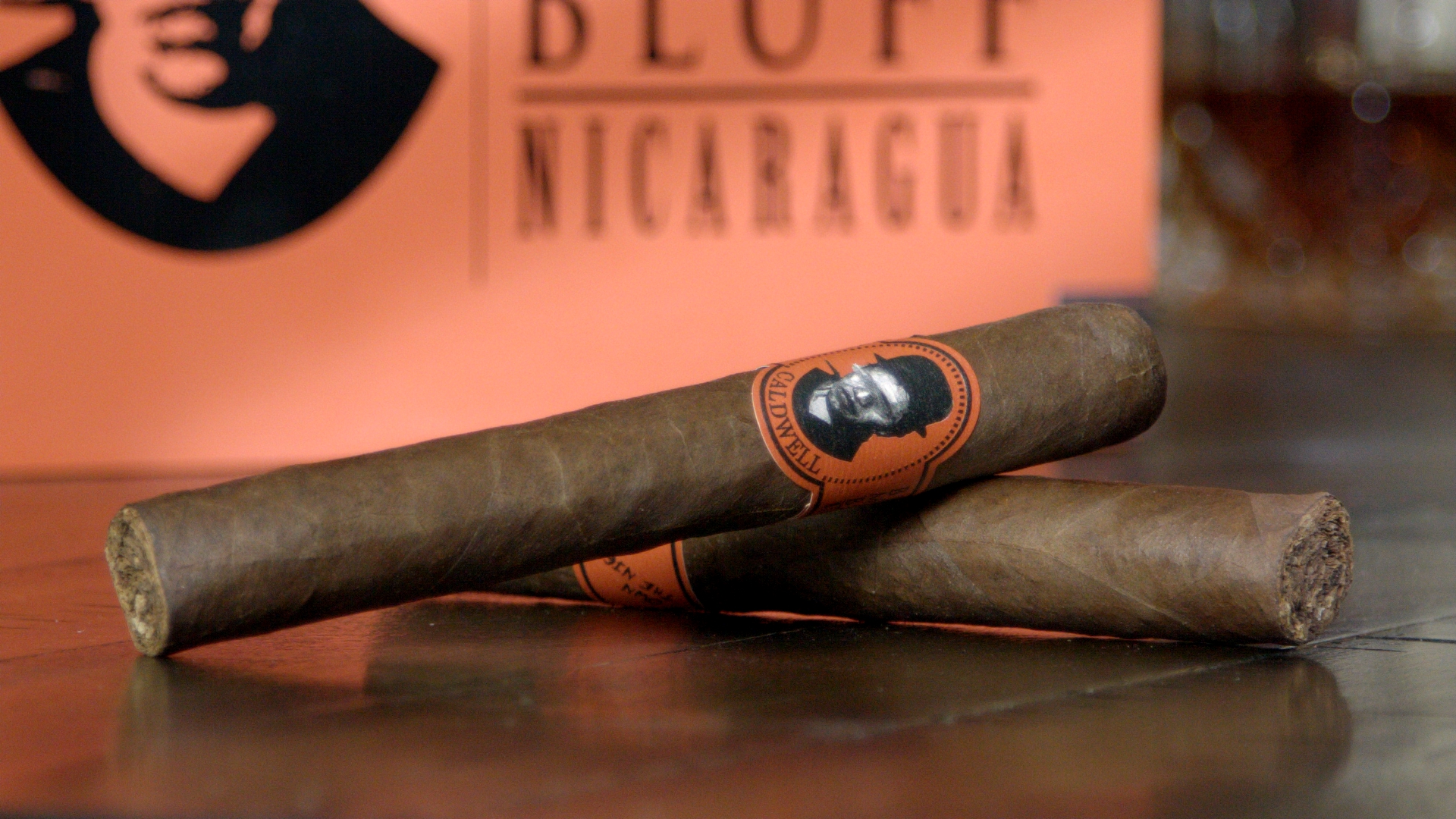 Each stick is handmade in Honduras, a hot spot for strong tobaccos itself, with a local climate that’s exceptional for curing and aging richer tobaccos like those included in the blend.

Just don’t think that this all-Nicaraguan is going thermonuclear: Caldwell lists the Bluff Nicaragua as a medium-bodied smoke – great news for newer smokers, and even older smokers who wanna go big on taste without being knocked out by every cigar they smoke.

Let’s see how it burns! 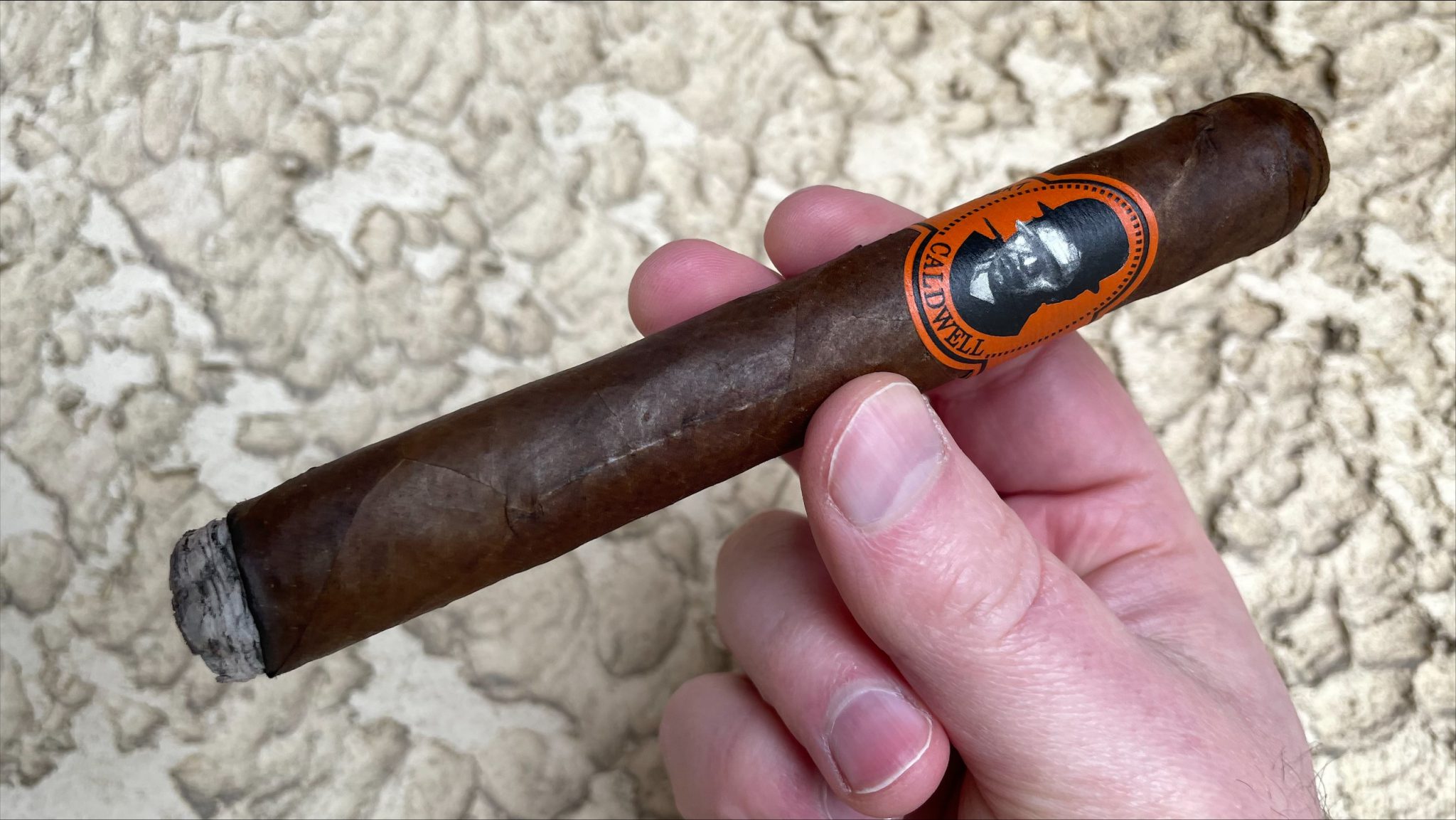 Burns beautifully from the start. Holds humidity perfectly with no soft spots, and the flavor out of the gate is just as advertised: medium-bodied, maybe a little north of there at the very beginning. I’m getting notes of toast and wood ahead of a finish that’s equal parts sweet and peppery. If you’ve smoked the original Blind Man’s Bluff, there are some parallels, though this cigar is decidedly earthier. 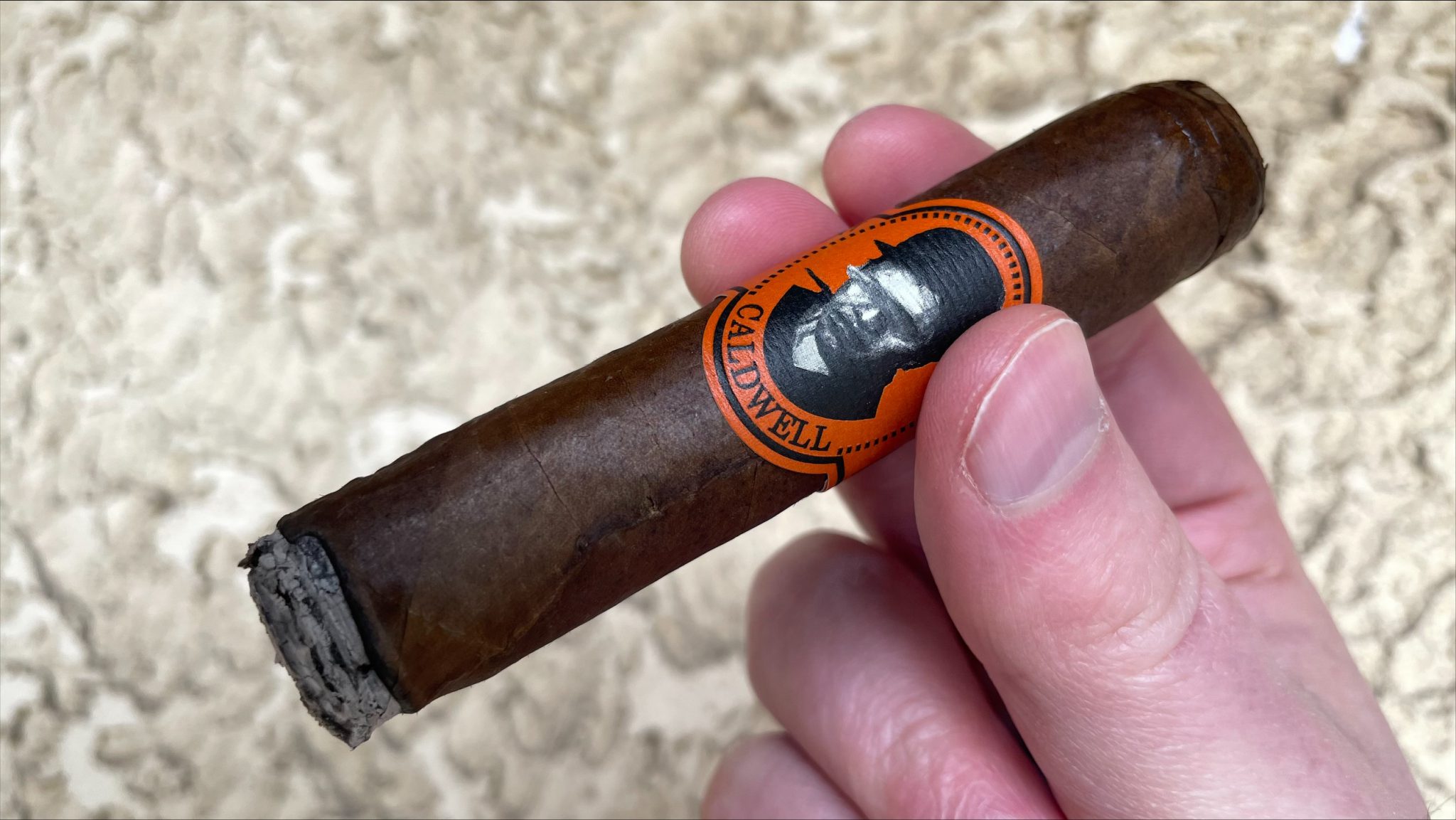 At the midway point, Bluff Nicaragua has developed a coffee-like flavor in the foreground. It’s almost like coffee ice cream, especially in its smoothness. There’s still some action in the form of spice on the finish, especially through the nose, but even rookie smokers could likely handle this with almost no problems. If you’re new to the game and want to experience a Nicaraguan blend without any fallout, Blind Man’s Bluff Nicaragua will deliver. 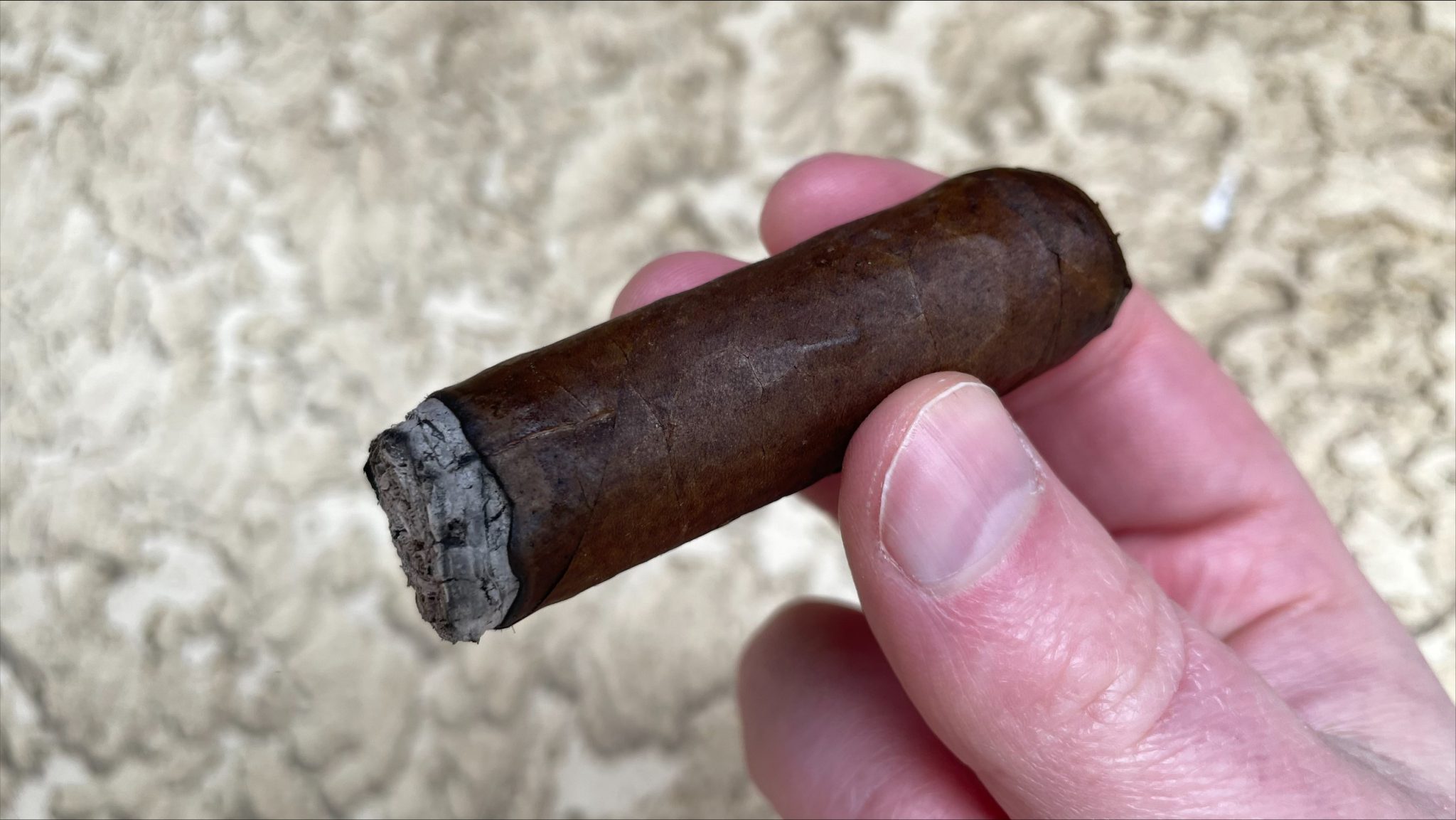 Drawing toward the nub, I’m finding that the cigar is at its creamiest yet. That extra room in the 52 ring gauge helps it burn cooler to my palate without taking away from what Nicaraguan tobacco should be. It’s like finding a diet drink that actually tastes like the original (if only I could). In summary, the complexity is there, though gentler than you’d expect from these tobaccos. Big cigar flavors don’t require big cigar strength and Blind Man’s Bluff Nicaragua is proof. 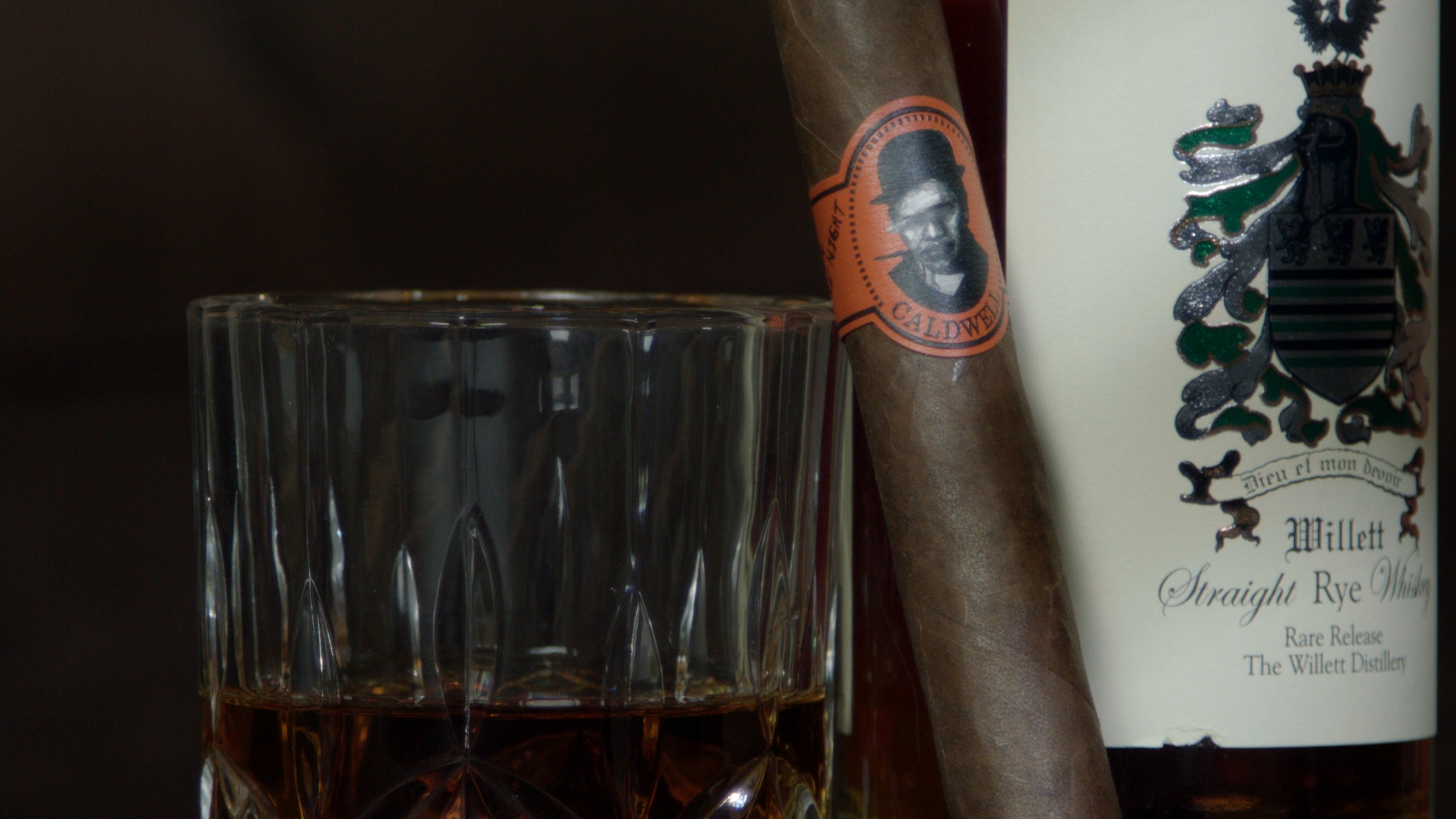 You have a lot more options with a blend like this. I might mix some rum with Dr. Pepper for some added bite, or keep it simple with a Jack and Coke. As long as what you’re drinking isn’t too powerful – or too sweet – you’ll be happy with a wide-range of selections.

It’s under the $10 threshold. It’s a Nicaraguan puro, it’s big on flavor, but not on strength…what’s not to love, here? I liked the original Blind Man, but not so much with the Connecticut. Seeing their Nicaragua blend come full circle and deliver on virtually every count is a big win in my opinion. Try one and tell me in the comments if you agree!

Read More
Cigar Ratings & Reviews
Here's everything you need to know about Rocky Patel Decade cigars, including flavors/tasting notes and what the experts think about it - in < 2 minutes!
Read More