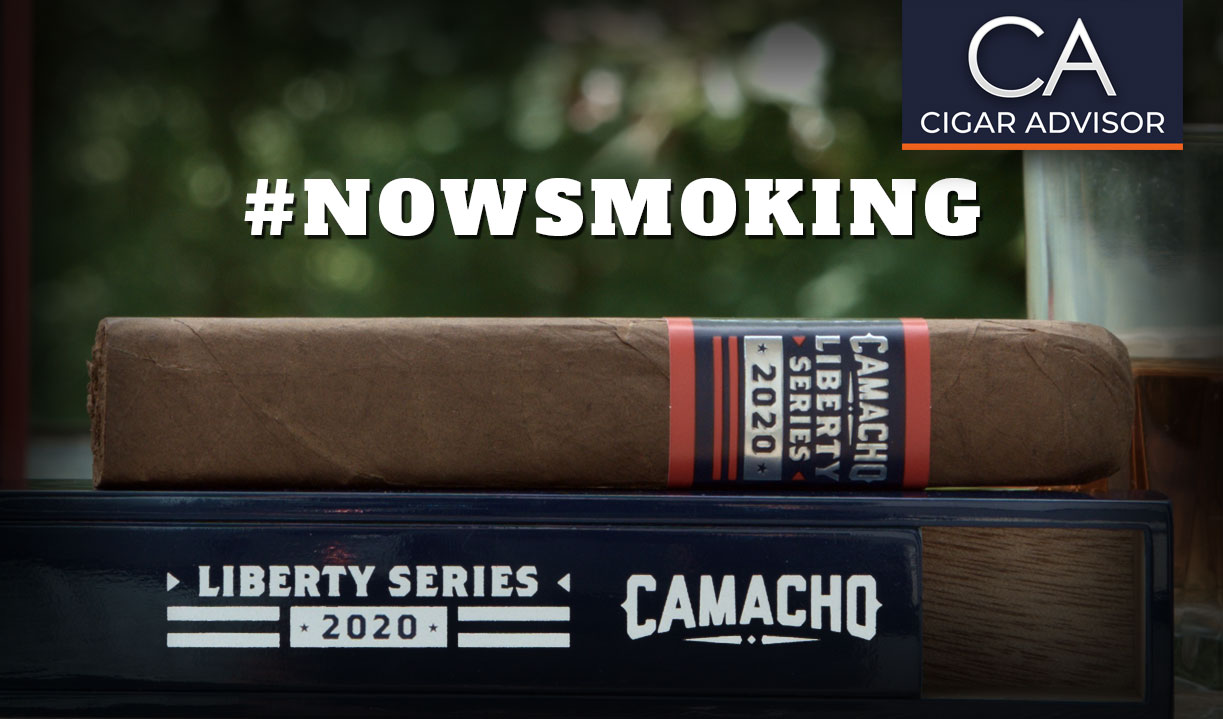 Camacho’s Liberty Series is among the longest-running, annual, limited editions in the premium cigar biz , making this year’s Liberty 2020 installment the 19th in its 20–year history. The original Camacho Liberty was released in July 2002. It was a Honduran puro made in five shapes instead of the more common single sizes, practically all of which since have been rolled in the 11/18 shape, which measures 6″ x 48/54/48. 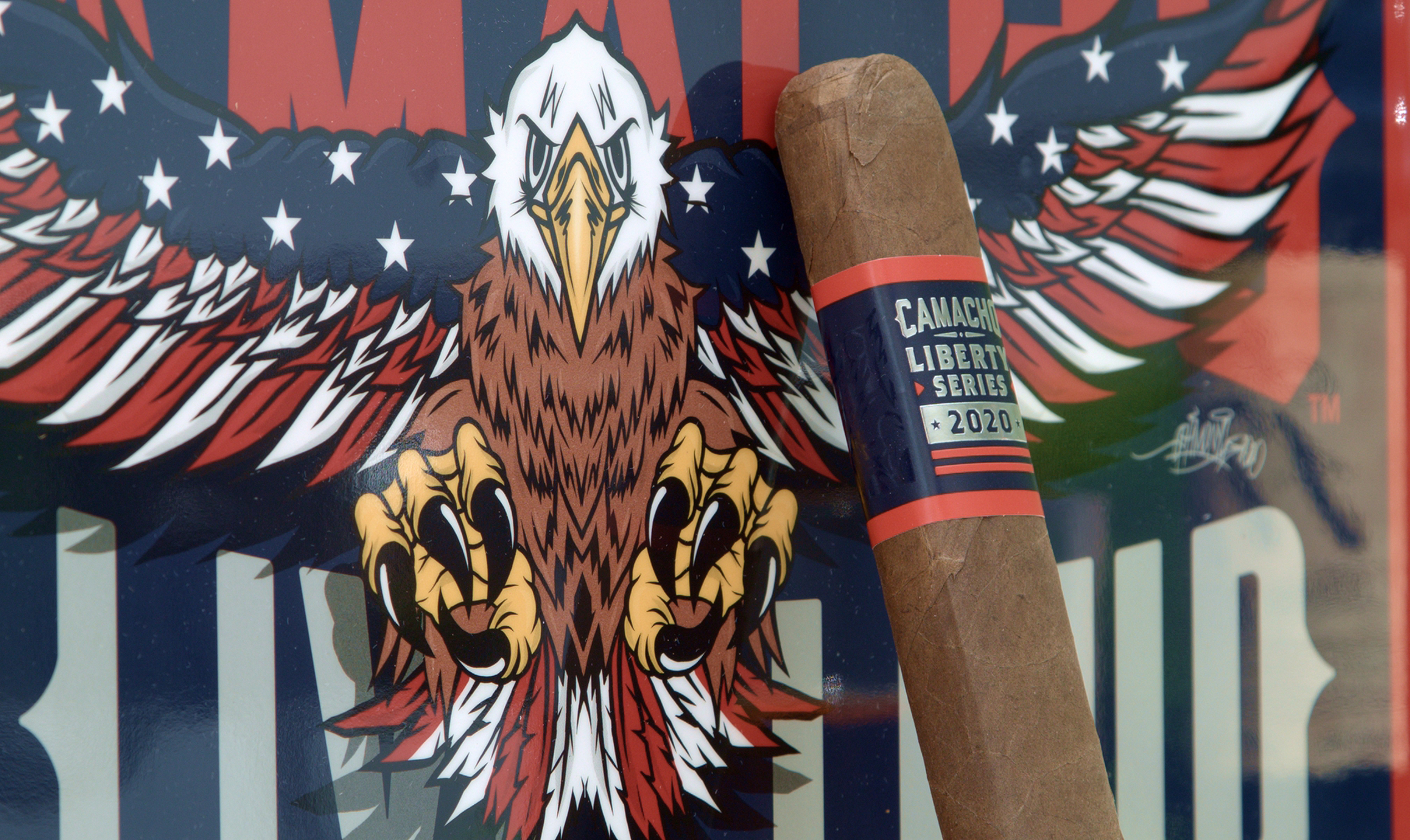 The Liberty Series 2020 breaks with past releases in several ways. Not only does it jettison the 11/18 “pregnant robusto” shape, it’s a box-pressed 6×60 Gordo. Additionally, the blend is not a “Throwback” to an earlier blend, as they’ve done the past two years. The Liberty 2020 is a three-nation blend built on four different Honduran-grown, Original Corojo plant primings.  Those tobaccos have been sourced from a single farm and aged for four years prior to rolling.

According to the company, “This distinct blend truly showcases the versatility and multitude of flavors that can be achieved when utilizing this incredible varietal.“ 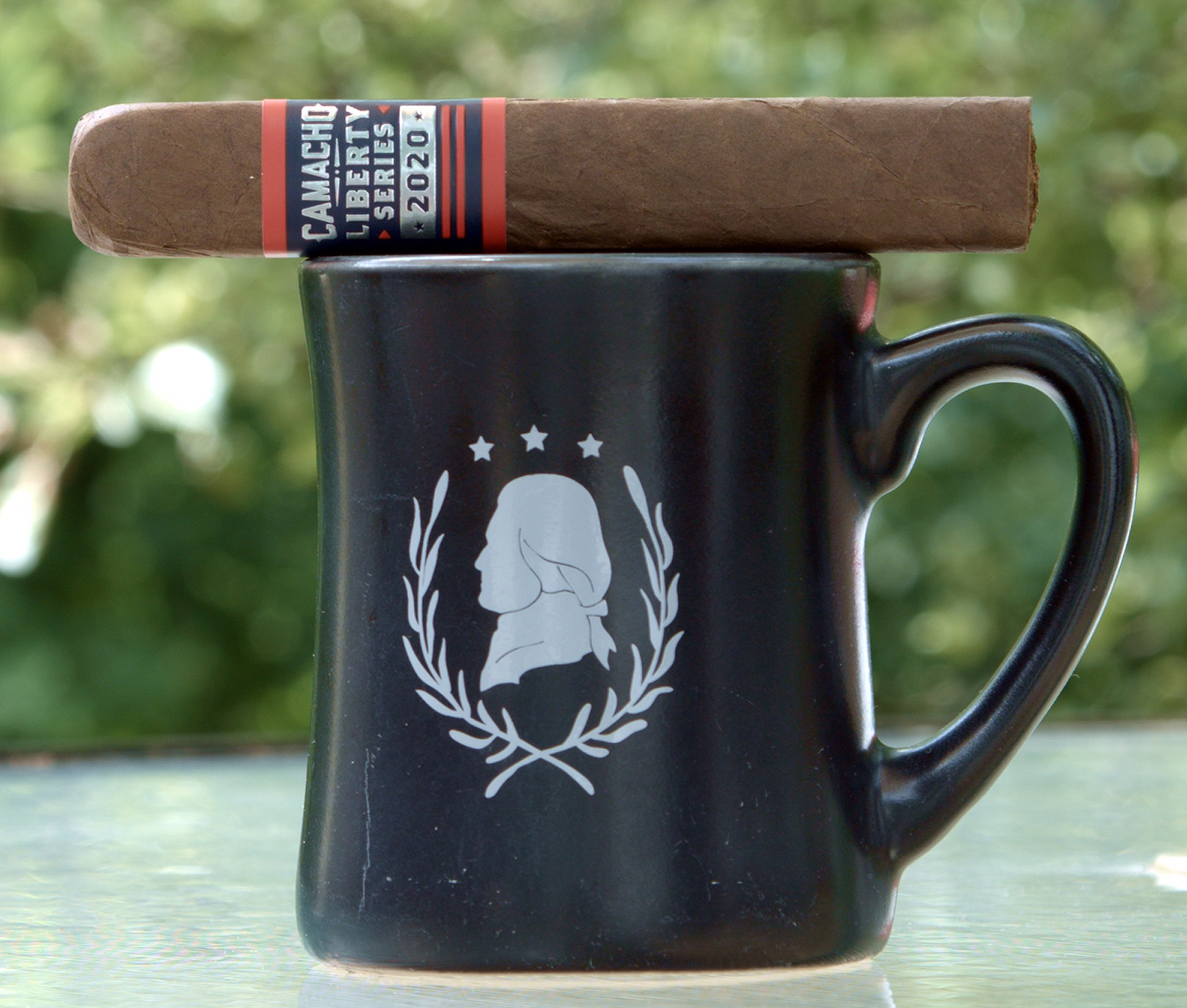 It’s handsome as it gets. Presented in all-American themed boxes of 20 individual coffins, the Liberty 2020 reveals a box pressing that’s more rectangular than square. The Ecuador Habano wrapper is seamlessly stretched to a vein-free, buttery patina with an even almond butter color, and sealed with a triple seam cap. A slight glint of red in the wrapper told me it could be Habano Rosado, but, either way, it’s a beautiful leaf. The cigar’s edges aren’t razor sharp, but its flatter shape makes this 60-ringer much more comfortable. Once clipped the draw was just right as the cold draw tasted slightly salty and woody. 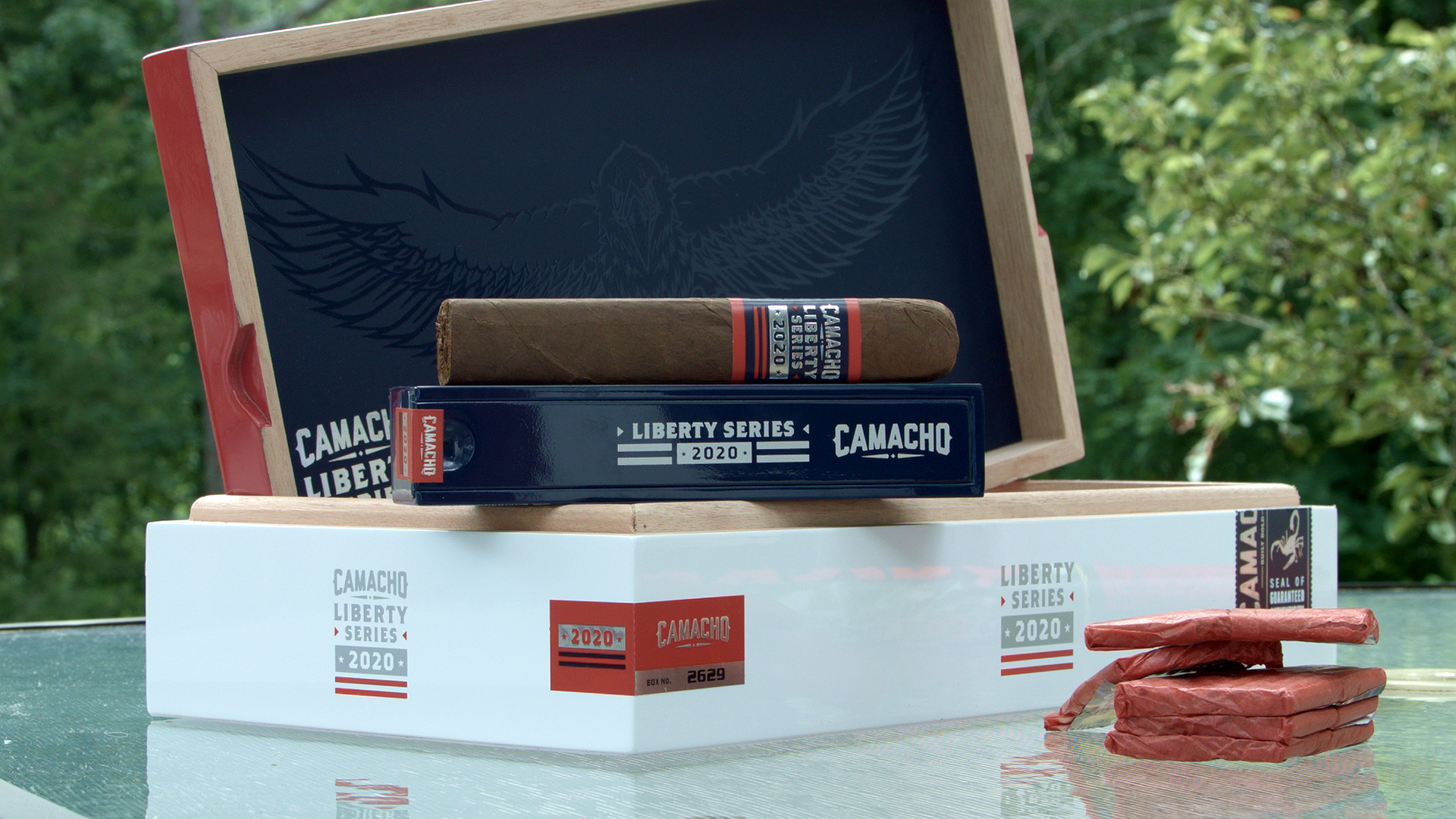 Upon lighting, the initial notes for me were salty, woody, and a little mellow, whereas John and Jared found a slight mineral taste. The Liberty 2020 offered a healthy amount of smoke that was both medium in body and strength. Earthiness seemed to dominate in the early stages, plus the cigar burned well exposing a relatively firm ash. There was some pepper in the mix, but it was more prevalent in the retrohale. By the midsection some additional sweetness broke through the earthier elements. For John, retrohaling during the third act revealed more active flavors, including more pepper. 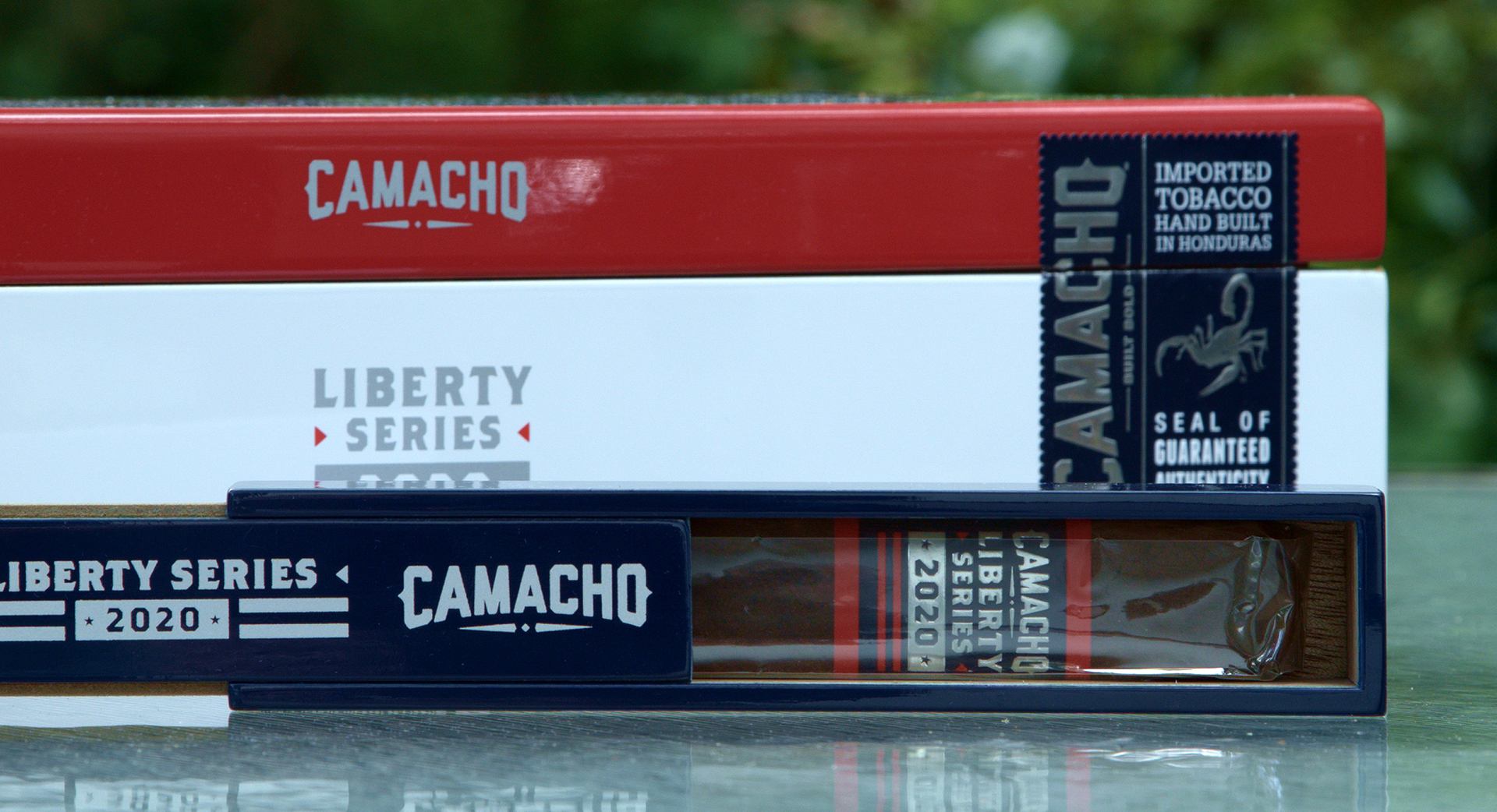 Medium in body, while medium-plus in strength with good balance. A keystone of earthiness unites flavors of light salt, cedar, mineral notes, and random clusters of sweet spice. 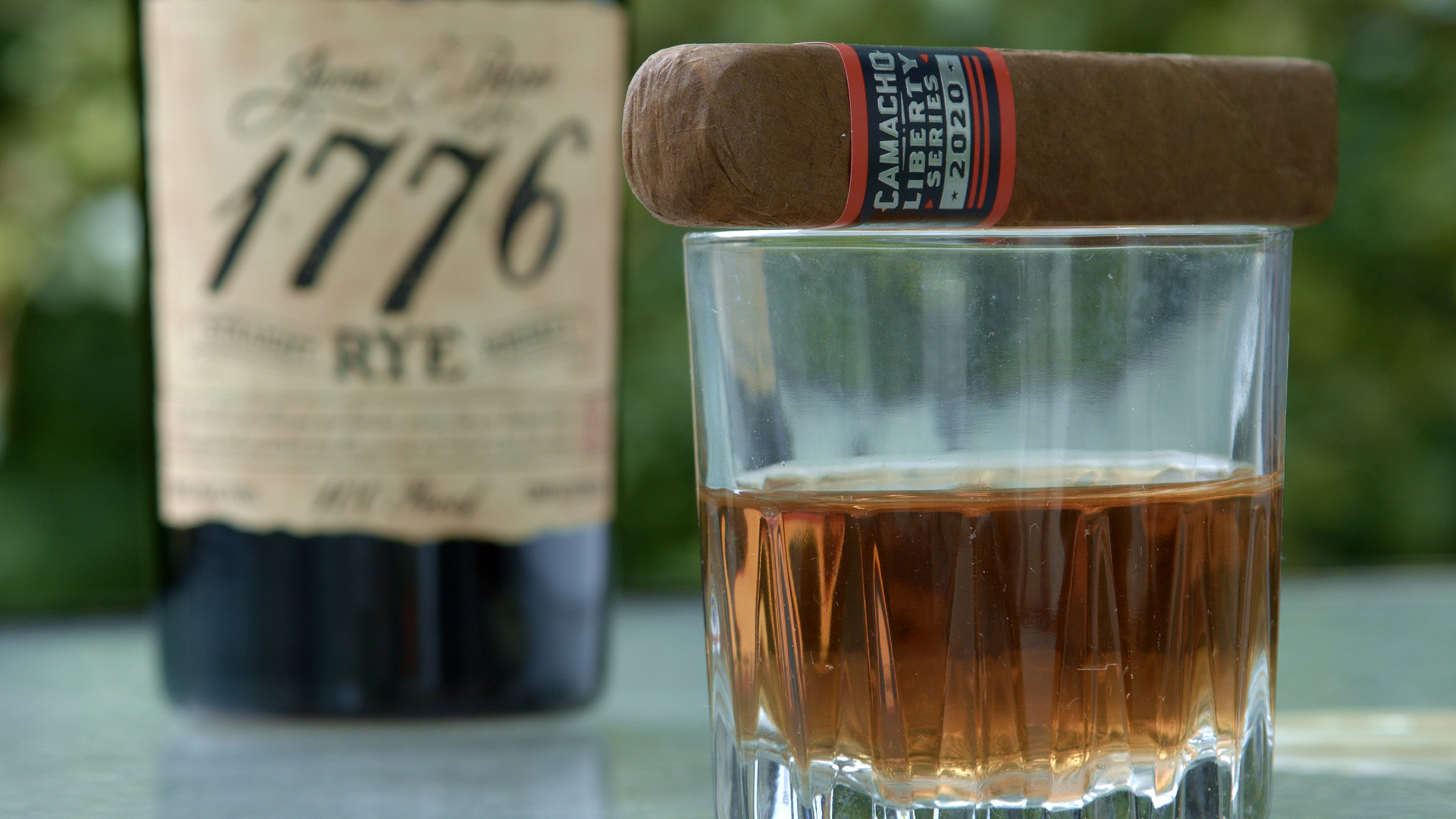 I went for a Stewart’s Cream Soda for the first third, mostly out of curiosity, which turned out to be pretty good. It’s just a little too sweet, however. I also paired Woodford Reserve with this one, and that worked, too. John said an Old Fashioned or Mojito would suffice as a mixed drink match-up. Jared suggested a wine like a dry Riesling. So, the Camacho Liberty appears to be quite flexible in this regard.

Yes, especially if you’re a Camacho fan and/or a collector of the Liberty Series. However, if you’re seeking Camacho’s reputed bold, “Live Loud” fare, the Liberty 2020 falls a bit shy of that profile. Cigar smokers with a bent for medium-bodied profiles may find it more to their taste, which may also provide a bigger consumer base for it, too.