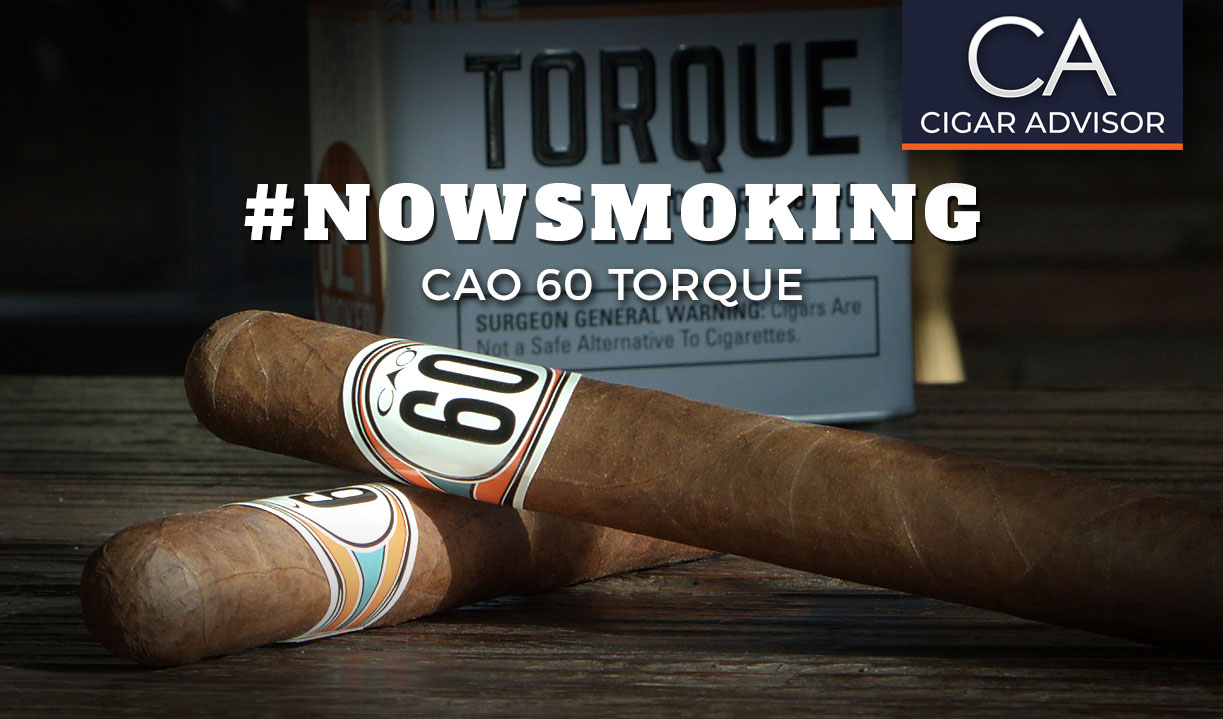 Presented in collectible tins of 8

CAO’s Rick Rodriguez is an unabashed gearhead, and nothing showcases that more than his muscle car-themed cigars. His latest blend, CAO 60, doubles down with unique packaging – a collectible tin that looks like a vintage oil can. He’s also doubled down on size – each of the 8 cigars inside are formidable 8” x 60. That’s 2-3 hours of smoking time for anyone who’s counting.

In true CAO fashion, the cigar plays to their fanbase with a Maduro wrapper. But instead of the Broadleaf we’re used to seeing so often, Rick selected a Honduran leaf harvested from Cuban seeds. 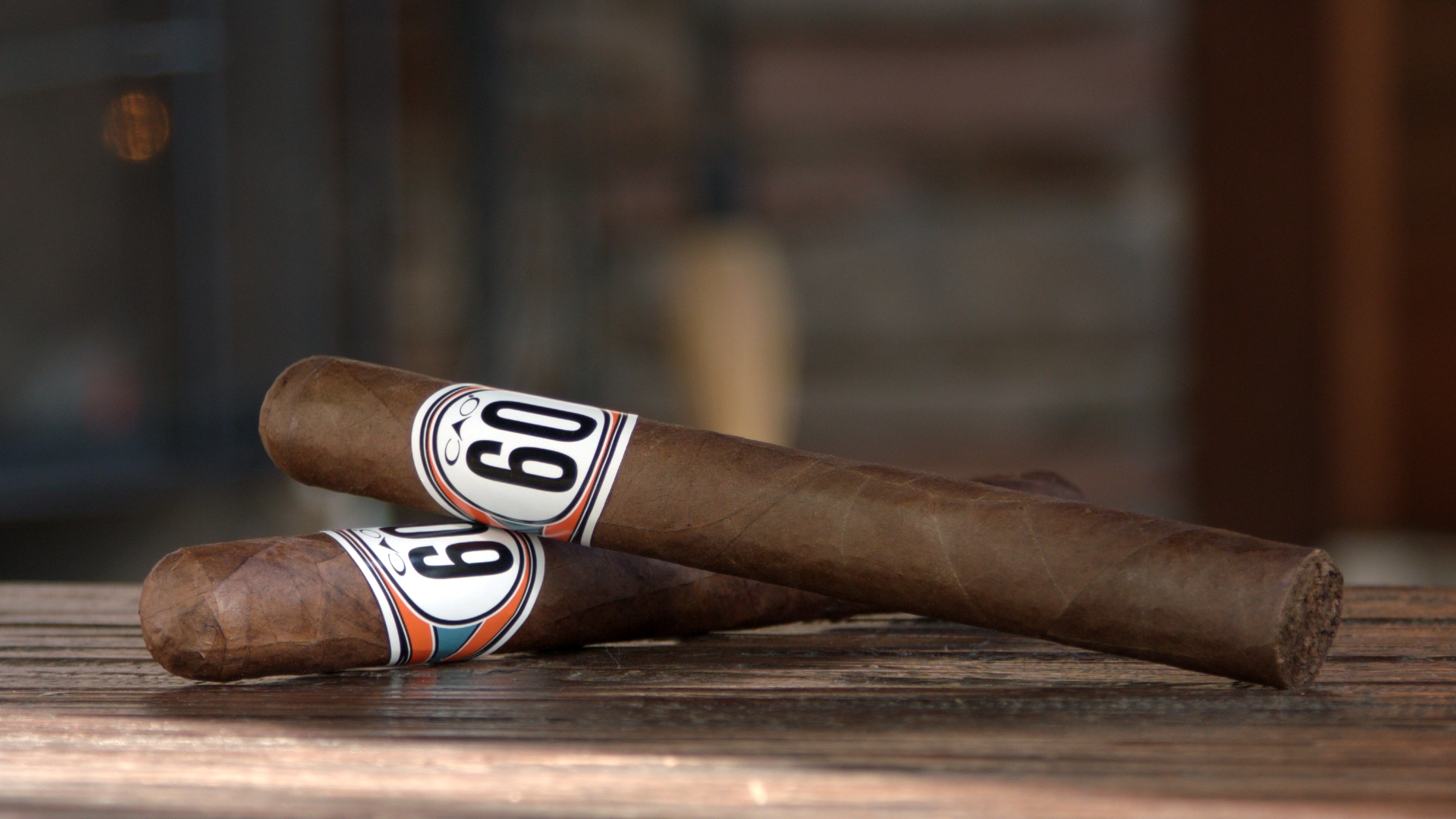 We’re told the release is limited. To how many…that’s a mystery as the CAO camp has been tight-lipped about numbers. There may be lots more coming. There may be not many left at all. It’s up to you to decide if you wanna jump on claiming your tin. The goal of my review is to help you make your decision!

Construction: Dark with a milk-chocolate complexion. Well-rolled, Cuban-style cap. All the appointments you’d expect from a top shelf premium cigar.
Cold Draw: Dark fruit and some tingly spices on the lips.
Base flavors: Earth, peppercorn, dry wood, and vegetable sweetness.
Aroma: Peanuts with a hint of oak.
Burn & Ash: Dusty grey ash with a cone shape indicating the cigar was well-constructed. No burn issues.

My CAO 60 Torque sample starts off surprisingly peppery despite its ring gauge. The flavors hover around earthy with a big helping of pepper. There are notes of peppercorn, wood, and a light vegetable sweetness. It’s on-point with most of CAO’s Maduros at this point. No surprises, but certainly no disappointments. 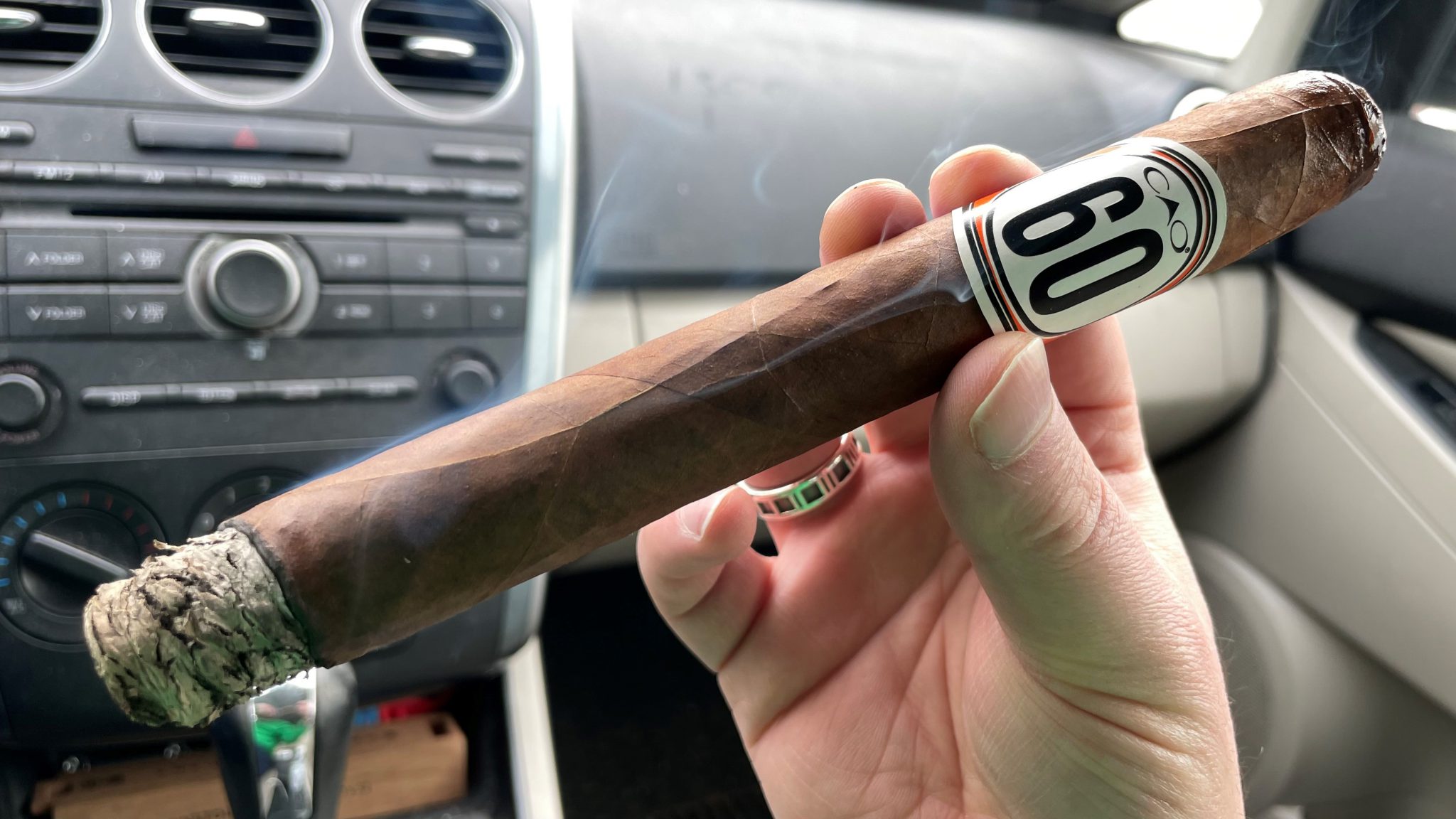 It takes about two inches for the strength and body to settle down. It’s by no means an assault up front, but it’s stronger for sure. At this point, I notice much more earthiness, but in a refreshing sense. Kind of like that petrichor aroma you get after a warm spring rain. 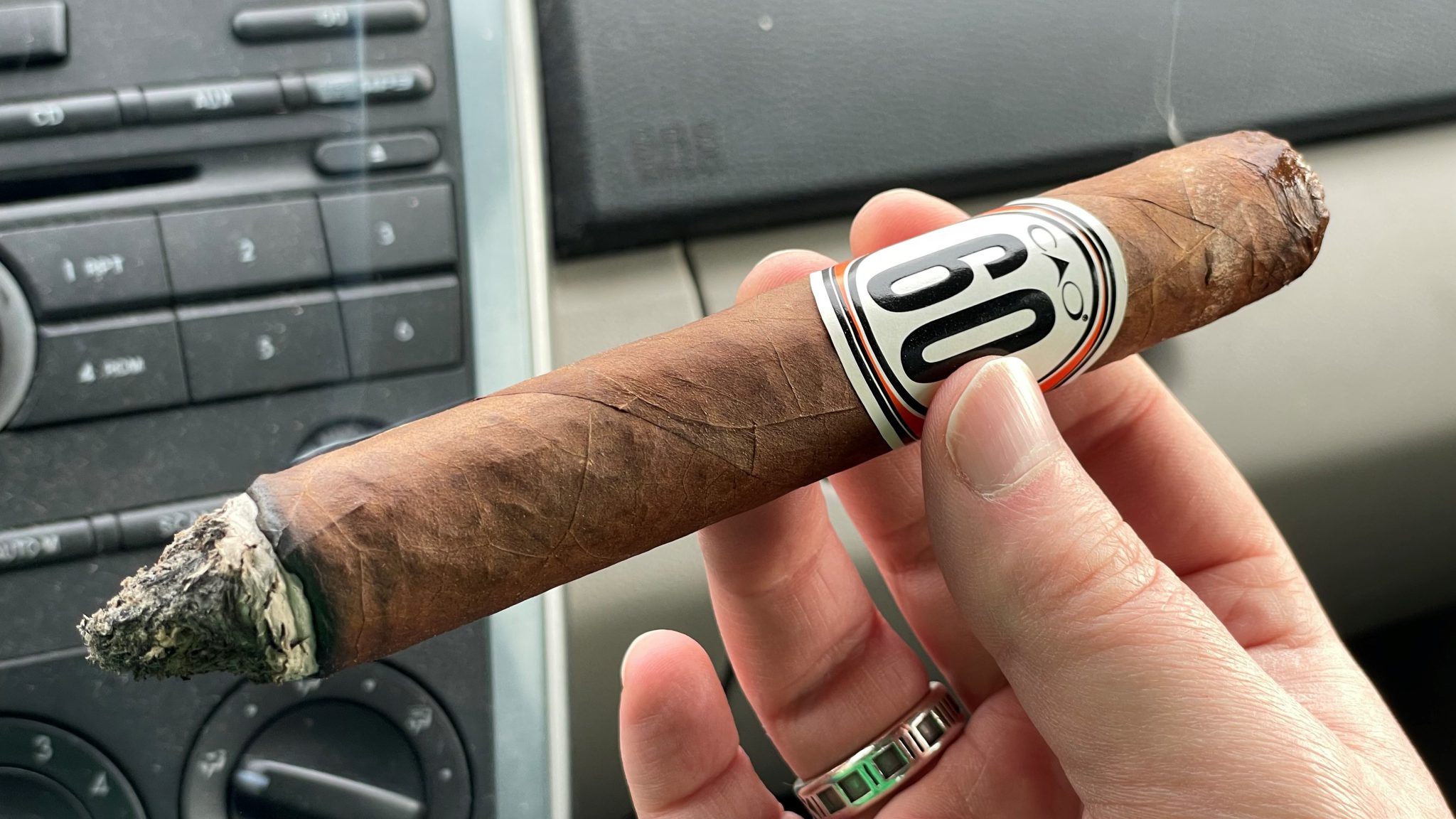 In the second half of my session, the cigar’s smoke is both heavy and buttery. I think people (myself included) overuse ‘creamy’ as a descriptor, but CAO 60 truly is. The earthy flavors are still there, even that after-the-rain quality I talked about. Plus, a heaping scoop of that delicious veggie sweetness. Now this is a surprise. Remember when I said no surprises? I have to take that back. 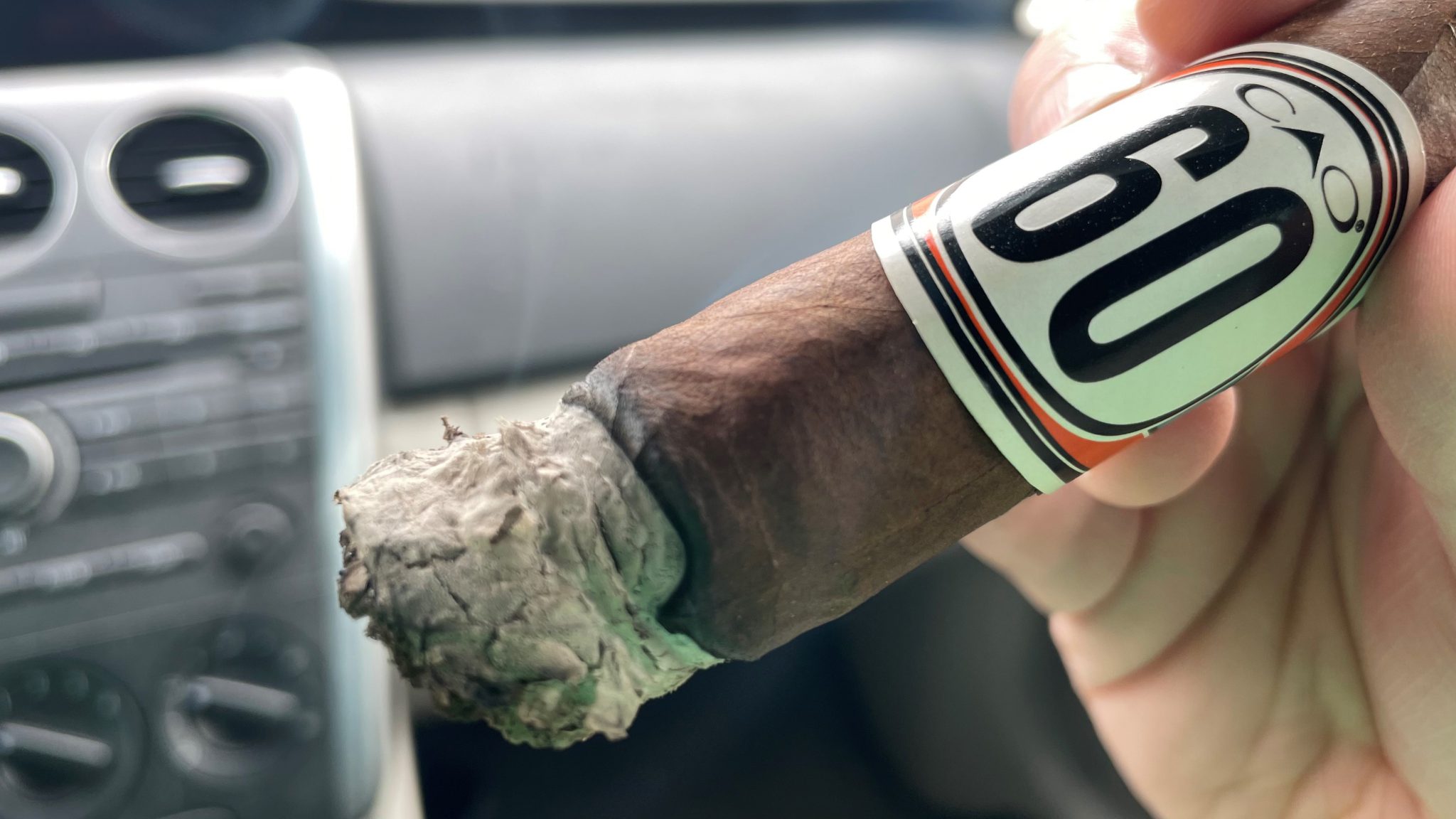 Not much change in the final third of my sample, but I’ll say that CAO 60 consistently gets smoother toward the finale. In summary, the cigar is frontloaded, lightly sweet, and subtly complex. My palate found it pleasing despite my objections to its size. It was a reminder that a cigar which draws outside the lines of our preferences can still impress us if we’re willing to give it a chance.

While Torque’s size may be brawny, its disposition is much tamer. I’d recommend something on the mellower side – maybe even a light beer. Can’t go wrong with Stella. You’ll probably even have time to drink three!

Are CAO 60 cigars worth smoking?

I ended my sample a bit early as Torque is a far larger cigar than anything I’d typically smoke. That being said, it was two hours well spent. And if you smoke the cigar slow, you could probably stretch it to three. I’d call CAO 60 a rare golden buzzer for any big-ring fan.

Reading Time: 4 minutes Gary gets together with Espinosa Cigars’ Jack Toraño for this Laranja Reserva cigar review; More than a deep dive on this high-scoring cigar, you’ll get an overview of Espinosa’s top-rated cigars, plus some secrets to the company’s success.