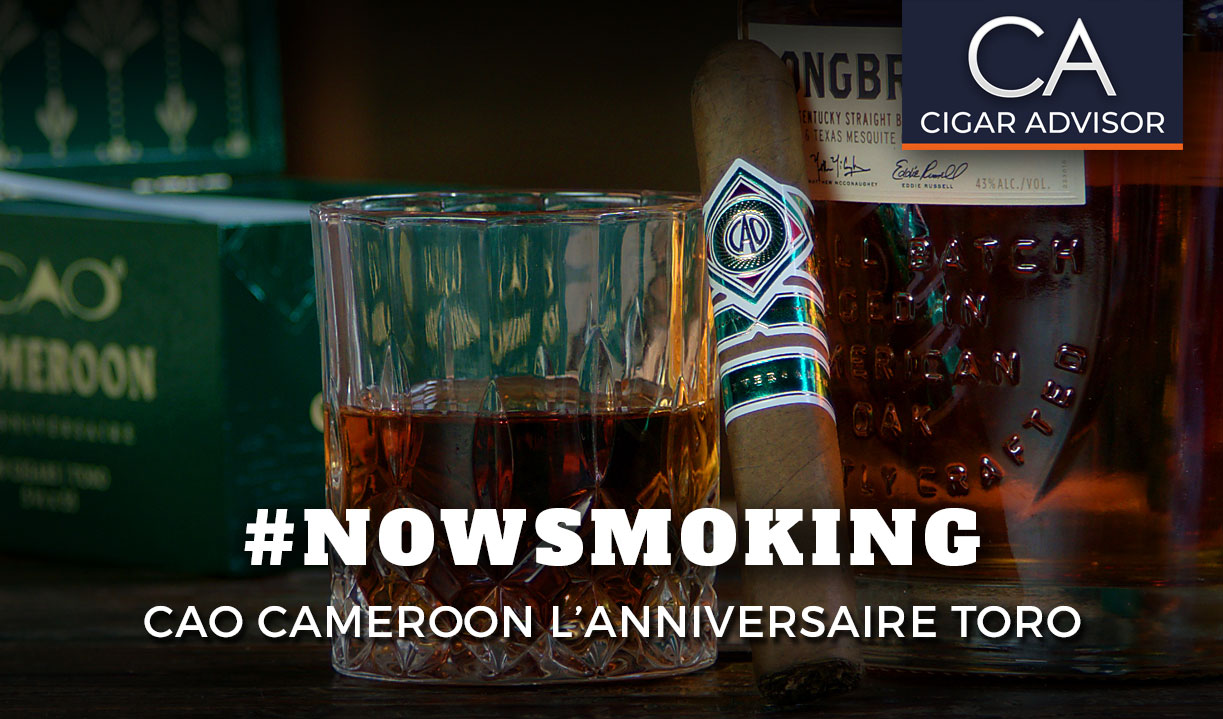 CAO Cigars were first launched in 1993 by CAO International Inc. founder, Cano Ozgener. Until then, the family-owned company was known for its fine, Turkish handmade pipes. In 2010 General Cigar Co. took over the CAO portfolio after the Swedish Match and ST Cigar Group Holdings merger. Since then, General Cigar Co. has produced, distributed, and marketed all CAO releases. 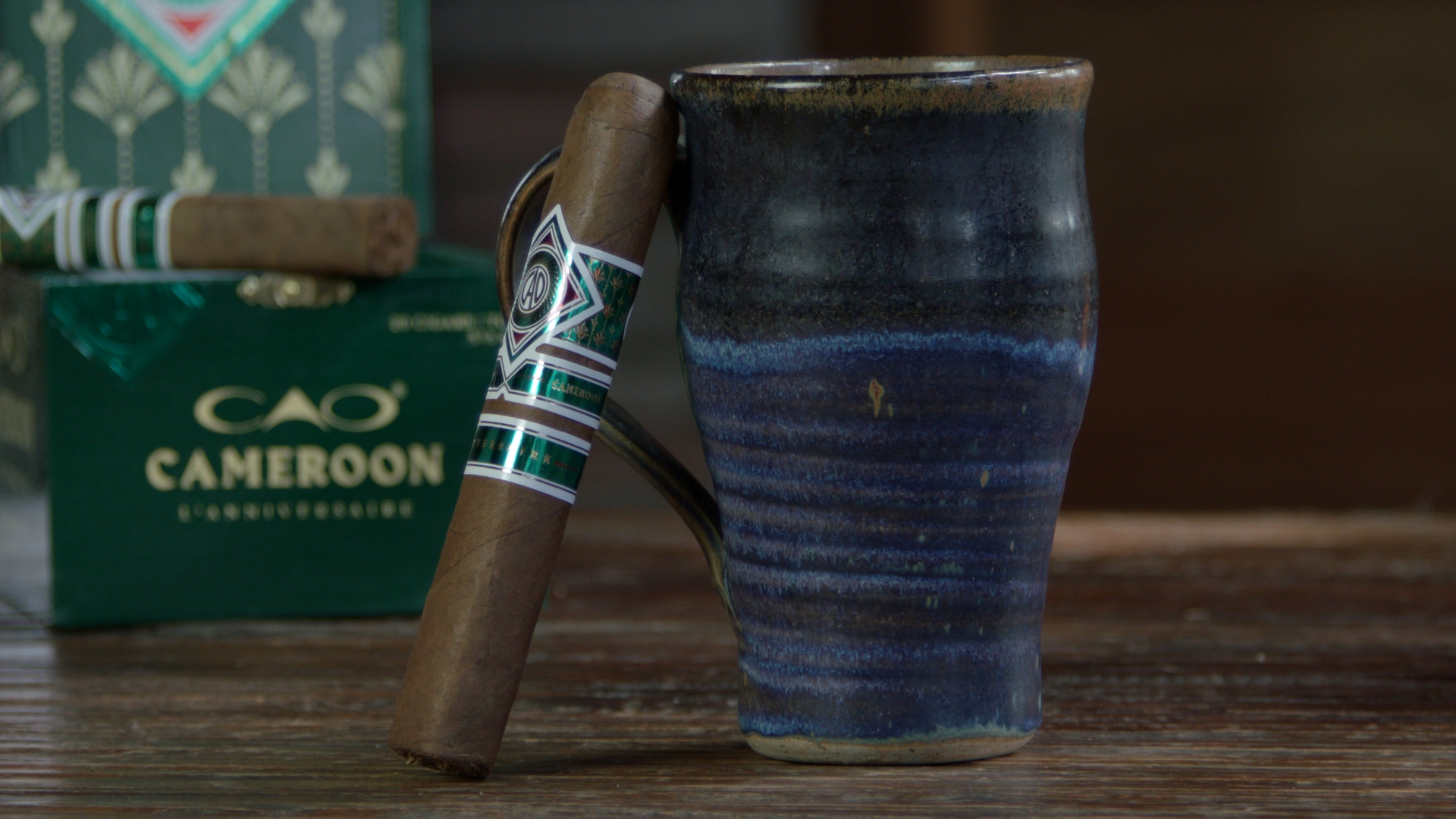 The CAO Cameroon selection itself, has an interesting history. The line was launched in 1999 under the name CAO L’Anniversaire 1968-1998 honoring CAO’s 30th anniversary as a company. In 2004, Aficionado gave the CAO L’Anniversaire Robusto a 92 score and it also made the zine’s “Top 25 Cigars” of that year. Additionally, those first CAO Cameroons were blended by Nick Perdomo and made at his Estelí, Nicaragua tabacalera. Today they’re made at General Cigar’s STG factory in Estelí and continue to be one of CAO’s most highly consumer-rated cigars.

Construction: Seamlessly rolled with a neat, sharp box pressing. Wrapper has a very fine tooth with an almost leathery texture. If I didn’t know better, I would’ve guessed Habano. The cap’s seams are wider than usual and well applied. The new band design is attractive and uses a glossy, dark turquoise color palette. The secondary band has “L’Anniversaire” printed on it.
Cold Draw: Very good with a mix of cocoa and raisins.
Base flavors: Roasted nuts, cedar, earth, espresso.
Aroma: Floral
Burn & Ash: Excellent. As good as it gets. Even all the way with a very firm, almost cement-like ash. 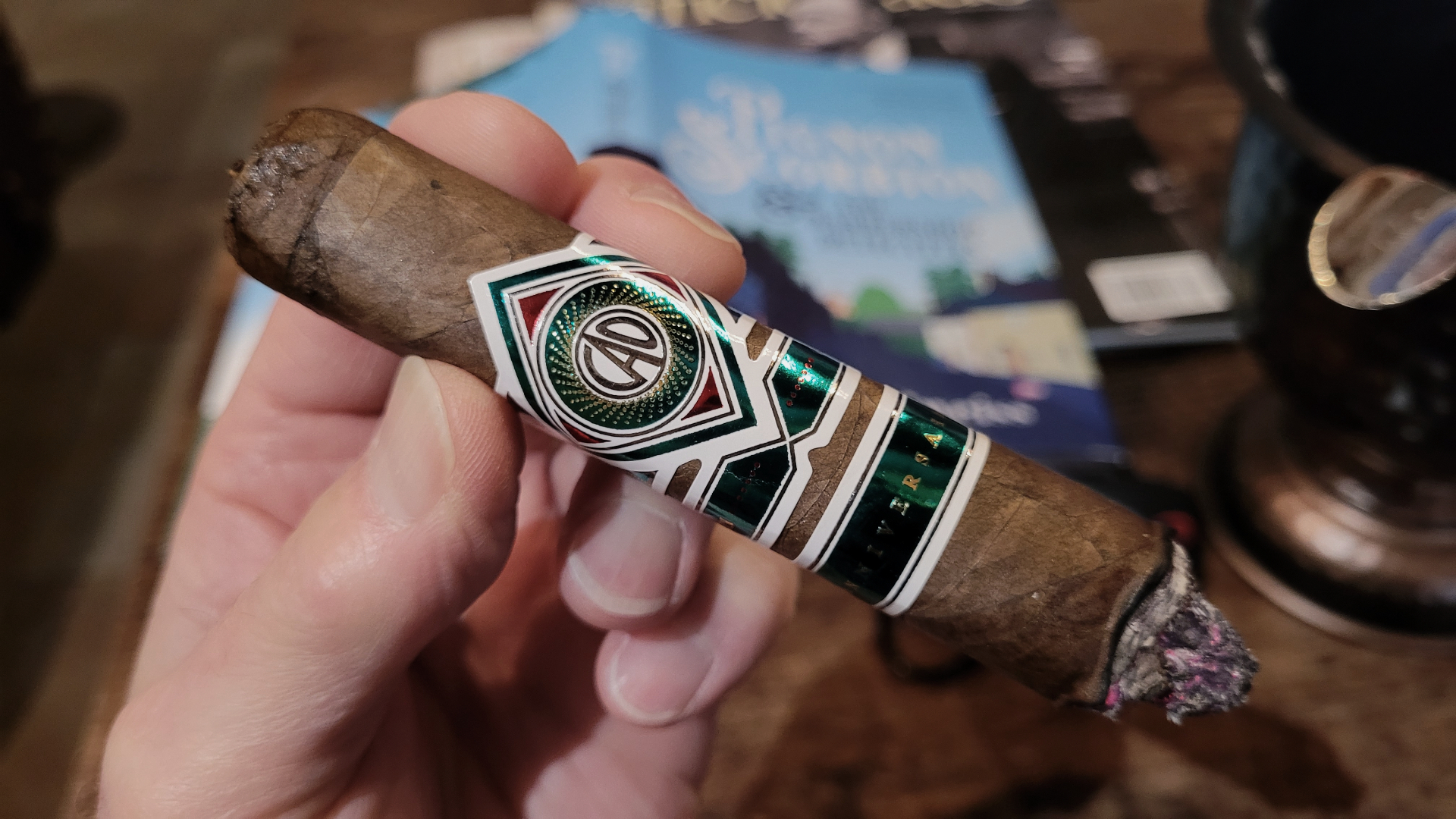 A mix of roasted nuts and lighter notes of earth open the show with a smooth and mostly medium body. Hints of espresso and light spice entered the mix after the first inch. The ash was very firm and challenging to knock off. My sample cigar revealed a squarish, conical core once the first ash dropped. By the end of this section, a cedar flavor joined the party. 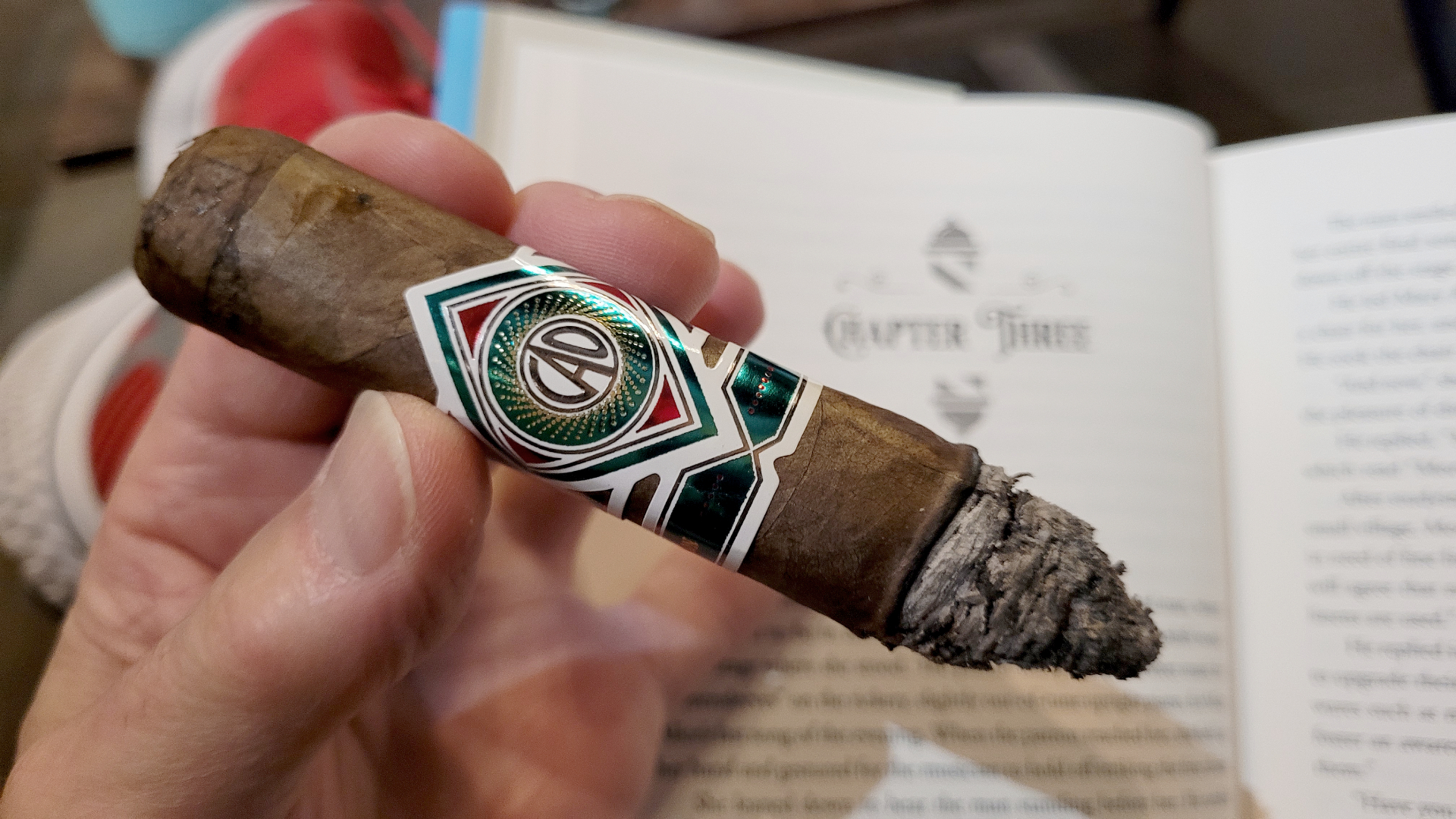 The flavors were still mostly nutty with subtle hints of cedar, cocoa, espresso, and some light spiciness on the medium-length finish. I retrohaled both cigars. The pre-video sample was quite peppery, while my on-camera cigar was very smooth—go figure. Either way, the cigar itself wasn’t peppery at all. It was a more subtle spice experience. 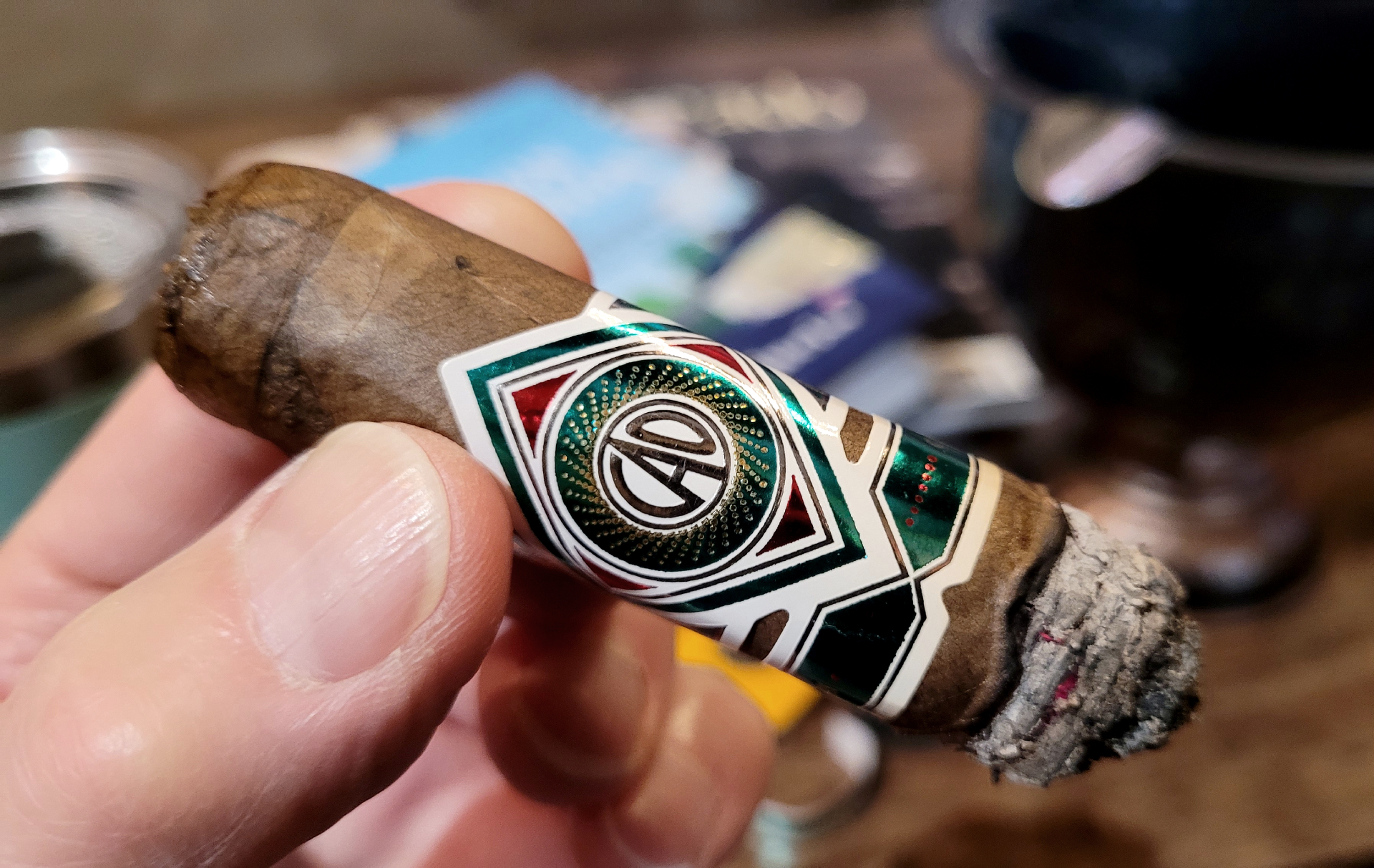 More medium-plus in body at this point. Still mostly nutty as more earth and espresso move in. Letting the cigar rest for a little while caused some of the earthiness to weaken allowing the more nutty-cedary flavors to return. Once I hit the final inch and a half, it turned a little bitter, and that was enough for me.

What whiskey pairs well with the CAO Cameroon Toro? 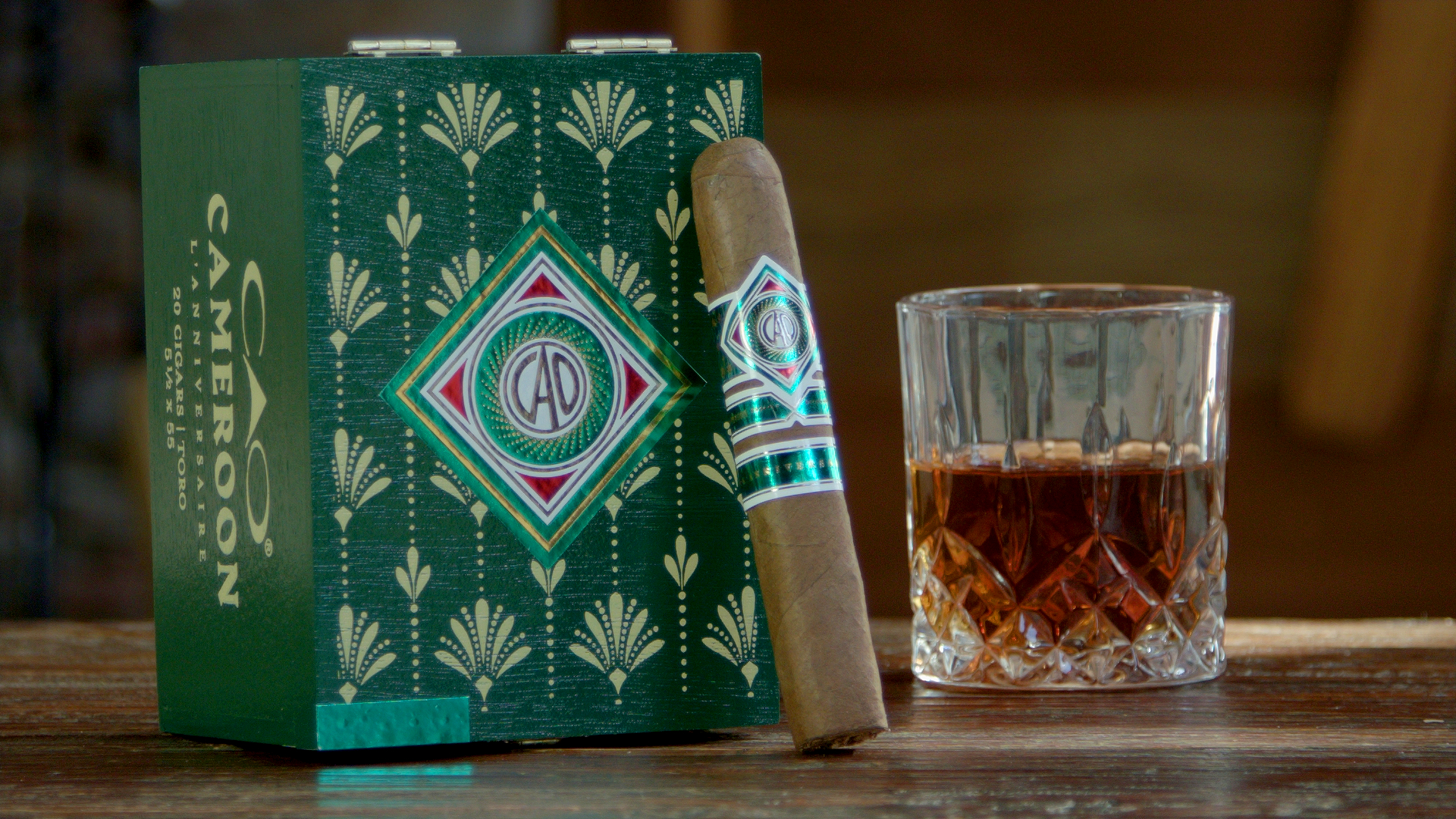 Here’s a beer, a wine, and a whiskey for you (as suggested by CAO’s website): Stout, Cabernet, and Rye. For more combinations, see our Cigar & Spirit pairing guide.

Is the CAO Cameroon Toro cigar worth smoking?

If you like medium-bodied cigars with a nutty, lightly spicy flavor, this L’Anniversaire could be the ticket. I also think there’s something to be said for the cigar’s dimensions. You don’t see many Toros at 5½x55, but maybe that size just tasted best with the box pressing. It’s also got one of the most impressive African Cameroon wrappers I’ve ever smoked. It appears to be thicker than the Cameroon used in other cigars, but I’ll strike that up to the fermentation and aging process. For me, the smoke seemed to issue more body and flavor. 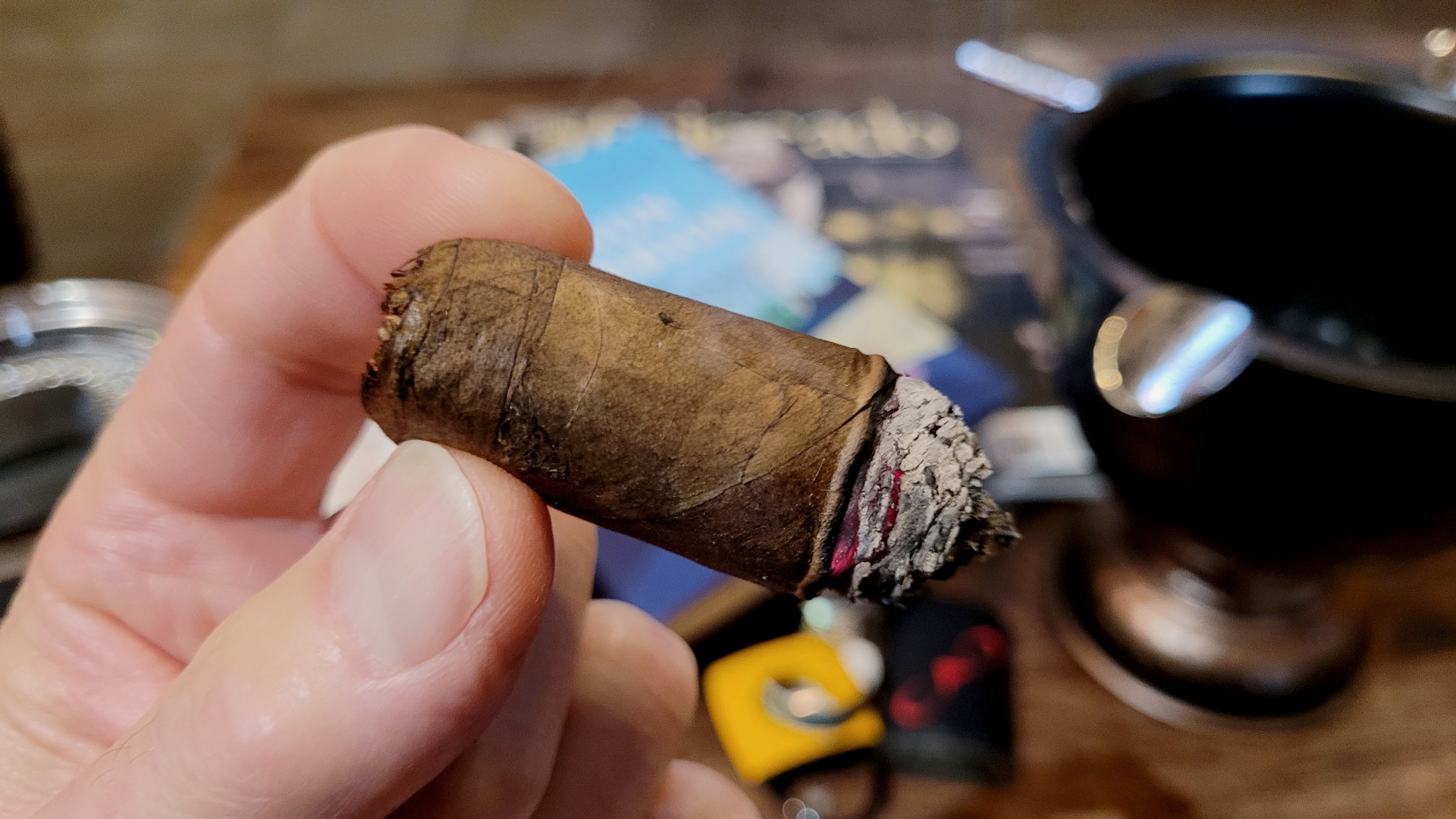 I thought it made a terrific long morning smoke with coffee. I can also see it being a good golf cigar for its excellent burn and ability to stand up to the elements. All-in-all, a solid anytime smoke that most newer and experienced cigar smokers can enjoy at a reasonable price. And there you have it.