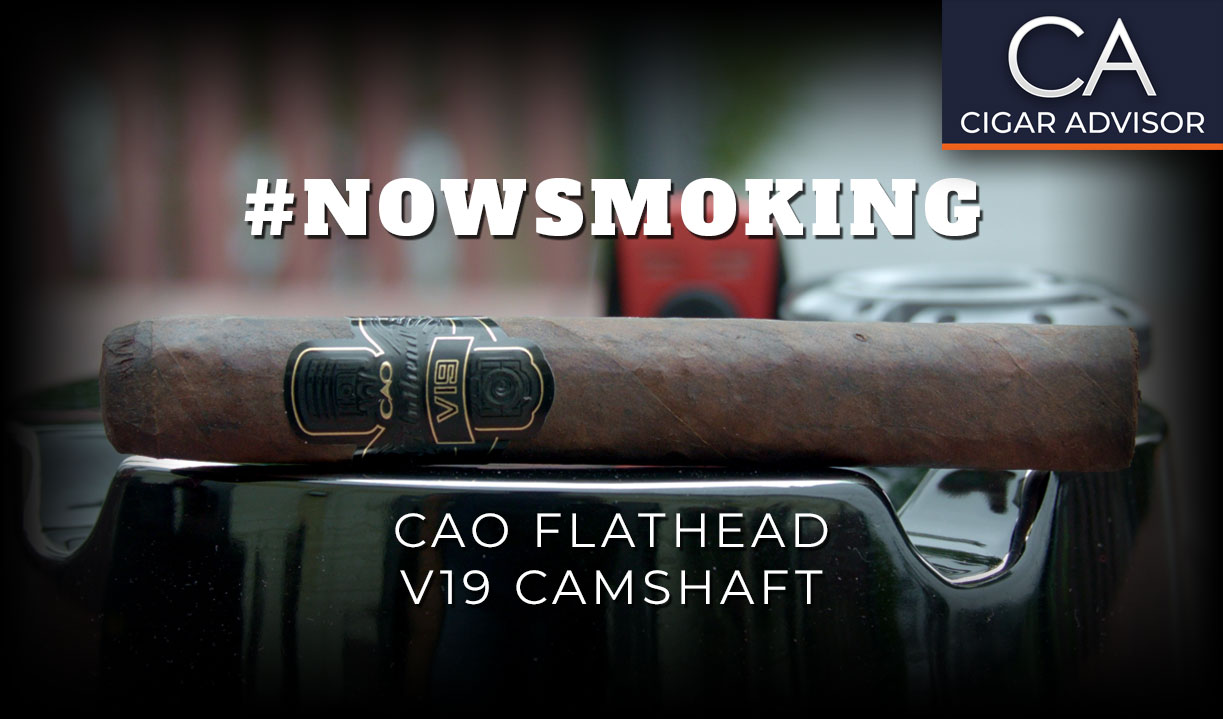 It all started when Rick Rodriguez and the CAO team was challenged to take the CAO Flathead cigars series to a new dimension in full-bodied flavor. According to Rick, CAO was getting feedback from their fans who loved the V660 Carb in the original Flathead blend for its size, and the V450 Sparkplug for its bolder flavor. What they wanted was a V660 with the kick of the V450. So, Rick and his team replaced the seco found in the V660 with the ligero used in the V450 to create the V19 Carb. And for the 50-ring fans, he made the V19 Camshaft an inch longer.

Of course, there’s a lot more to the Flathead V19 blend than that. It’s comprised of a lusciously oily Connecticut Broadleaf wrapper, a hearty Connecticut Habano binder, and high-priming Nicaraguan tobaccos from Estelí, Jalapa and Condega, plus some Dominican Piloto Cubano at the core. Additionally, the tobaccos were fermented for a shorter period of time to “lock in the tobaccos’ native flavors,” then aged them longer to refine the flavors.

“For V19 we wanted deep flavor and power; the kind of cigar that demands your attention, just like a classic car or motorcycle,” said Rick. “This is the cigar for the CAO smoker who likes the boldest blends in our line.” In other words, they hit the nail on the head. . .with a sledgehammer.

Available for a limited time only, the CAO Flathead V19 selection is box-pressed and elegantly presented in black, wooden boxes of 20 cigars in two sizes: this Camshaft (5½” x 50 Robusto) and the Carb (6″ x 60 Gordo).

Extremely well. Box-pressing is nice and slightly rounded at the edges. Wrapper has a milk-chocolatey color and is rich in oiliness. Looks as tempting as a candy bar, too. Cap is flat, triple seamed, and well done.

Very bold. But then, that’s what they wanted for this cigar and they got it. That said. . .the smoke is very smooth, creamy, earthy, loaded with black pepper, and has a sliver of molasses-like sweetness just below the surface.

Oh yeah. Mostly bold and peppery, as the additional flavors come and go for some interesting change-ups, but the cigar never loses it bold, earthy profile. 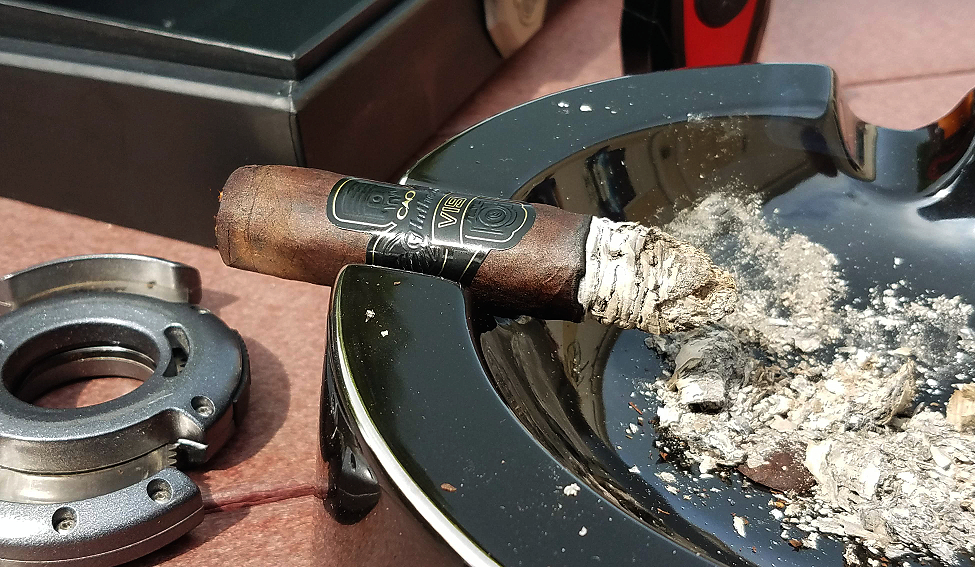 I would go with coffee, as per, since I smoked this cigar in the morning. For the evening, I’d go with a honeyed whiskey or bourbon, but I also think this blend is tailor-made for a fine, dark Añejo rum. To get more of the cigar’s natural flavors, a vodka and tonic would do nicely, too.

Veteran cigar smokers who crave bold, spicy cigars with a Nicaraguan flair. I kiddingly mentioned “manly men” in the video, but that’s the impression it left on me. I imagined a big, bandanaed biker cruising down a wide-open country road with a V19 clenched between his teeth.

This is not a cigar for the new cigar smoker; not because it’s so full-bodied and spicy, but because there are also some interesting nuances in the Camshaft that a less experienced cigar smoker may not latch onto.

If you can relate to who this cigar is for above, definitely. It’s well made, feels good in the mouth, and delivers a big, fearless salvo of chewy smoke. Retailing at around $13.00, it’s up there with the heartier AJs, Dunbartons, and Camachos in terms of quality and character.

Good review Gary. Sounds like the V19 Flathead is true to the Flathead tradition of bold, earthy, strong cigars. It’s interesting that CAO chose to include less fermented tobacco as a way of boosting complexity. Judging from your review, they seem to have compensated for that with lots of creamy filler from Condega and Jalapa. Can’t wait to try one myself.

Reading Time: 5 minutes Our Camacho Corojo cigar review is a turn with the “authentic Corojo classic smoke.” If you want to know what perfectly-aged Cuban-seed Corojo tastes like, this cigar is IT. Spicy, too – see the review to learn more!

Reading Time: 5 minutes Thought Churchill was the only famous guy with a cigar named after him? Don’t forget Rothschild – he got his in the late 1880s. We look at 10 of the best Rothschild cigars on the market right now – see what these sawed-off sensations have to offer!