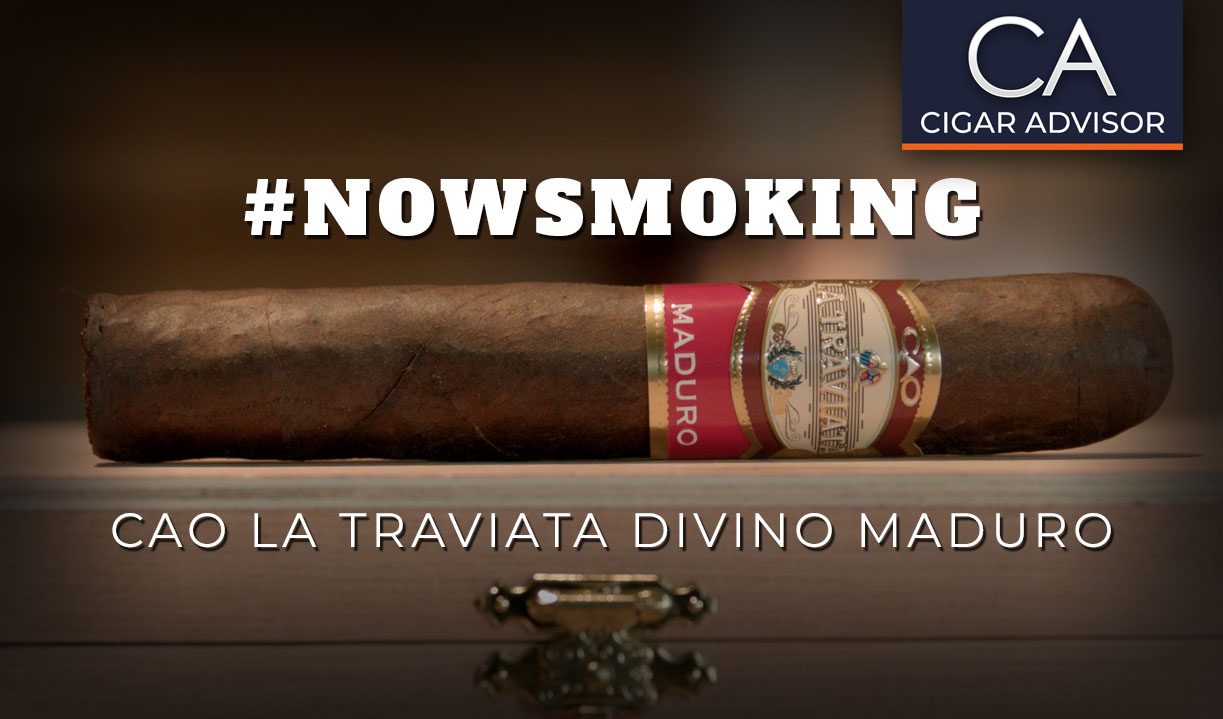 “Perhaps the finest cigar ever made by C.A.O. International Inc., the robusto-sized C.A.O. La Traviata Divino represents a departure from the traditional type of cigar release for C.A.O,” said Aficionado in 2010 – just one year after its release. It also ranked at #15 in their Top 25 Cigars of 2010 with a 93-rating. It’s also been ranked as one of the “Best Value” cigars for its modest price.

The original La Traviata brand debuted at the turn of the 20th Century in Cuba, where it was made in the Tabacalera Cubana, home to some of the world’s best Cuban cigars.

When CAO resurrected the La Traviata brand, they paid close attention to its original Cuban roots in both presentation and taste. (Note the original La Traviata vista and neoclassical artwork circa 1901-1904 on the box.) Advertised as a full-bodied, full-flavored cigar, the blend combines an Ecuadorian Habano wrapper with a Cameroon binder over Nicaraguan and Dominican long-fillers including two different ligero filler tobaccos: one from the Pueblo Nuevo farm in Nicaragua and the other from the Dominican Republic.

At the time of its release, then CAO President, Tim Ozgener, said: “The inspiration for La Traviata came from smoking numerous classic Cuban cigars…We wanted to create a cigar that appealed to sight, smell, and taste. The oily sheen of the wrapper compels you to pick it up. The pre-light has a distinct pepper and leather nose. The flavor bombards the palate with intense, rich notes of cedar, anise, and leather, evolving along the way into a lush and creamy finish.” 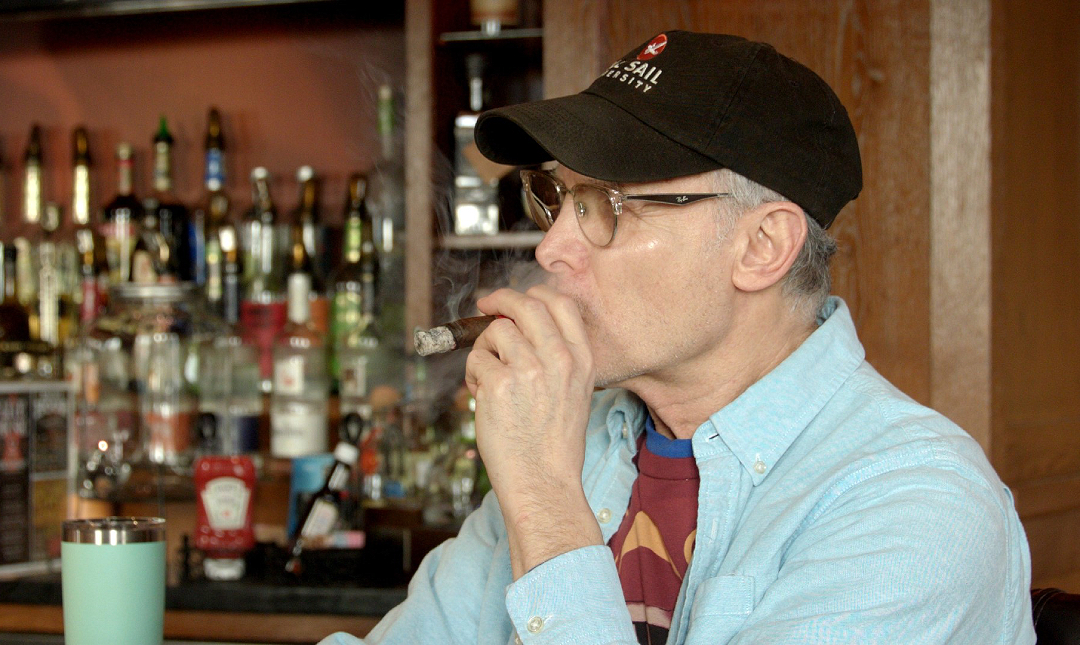 Excellently. The Broadleaf wrapper bares a dark chocolate color which is even throughout and has a slight toothiness to the touch. Finished with a seamless triple cap, the cigar is firmly rolled but offers a good draw which, before lighting, offers cedar and sweet tobacco notes.

Divinely. The first few puffs greet you with a creamy combination of sweet tobacco, a lot of cedar, and bittersweet chocolate on a peppery spice finish. It was mostly medium in body during the first act as the three aforementioned flavors clung tightly together, issuing a long, spicy finish. 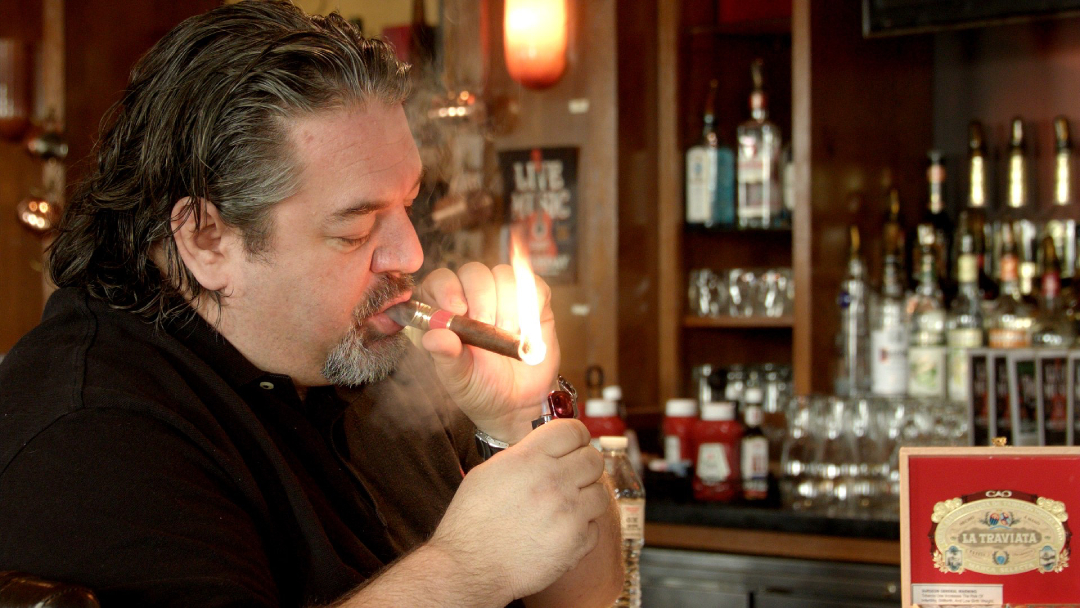 By the midsection, the smoke transitioned to medium-full and the flavors began to layer-up and round-out. Cedar dominated, with sweet tobacco in tow, followed by dark chocolate, while a slight note of peppery spice remained present. John picked up some roasted notes in his Divino. At this juncture, the Divino was touching all the bases.

In Act III the Divino remained creamy, well-balanced and medium-full in body. The cedary element continued to command the spotlight while the peppery spice sidled-up next to it, and the sweetness faded, leaving a trace of bittersweet chocolate in the mix. 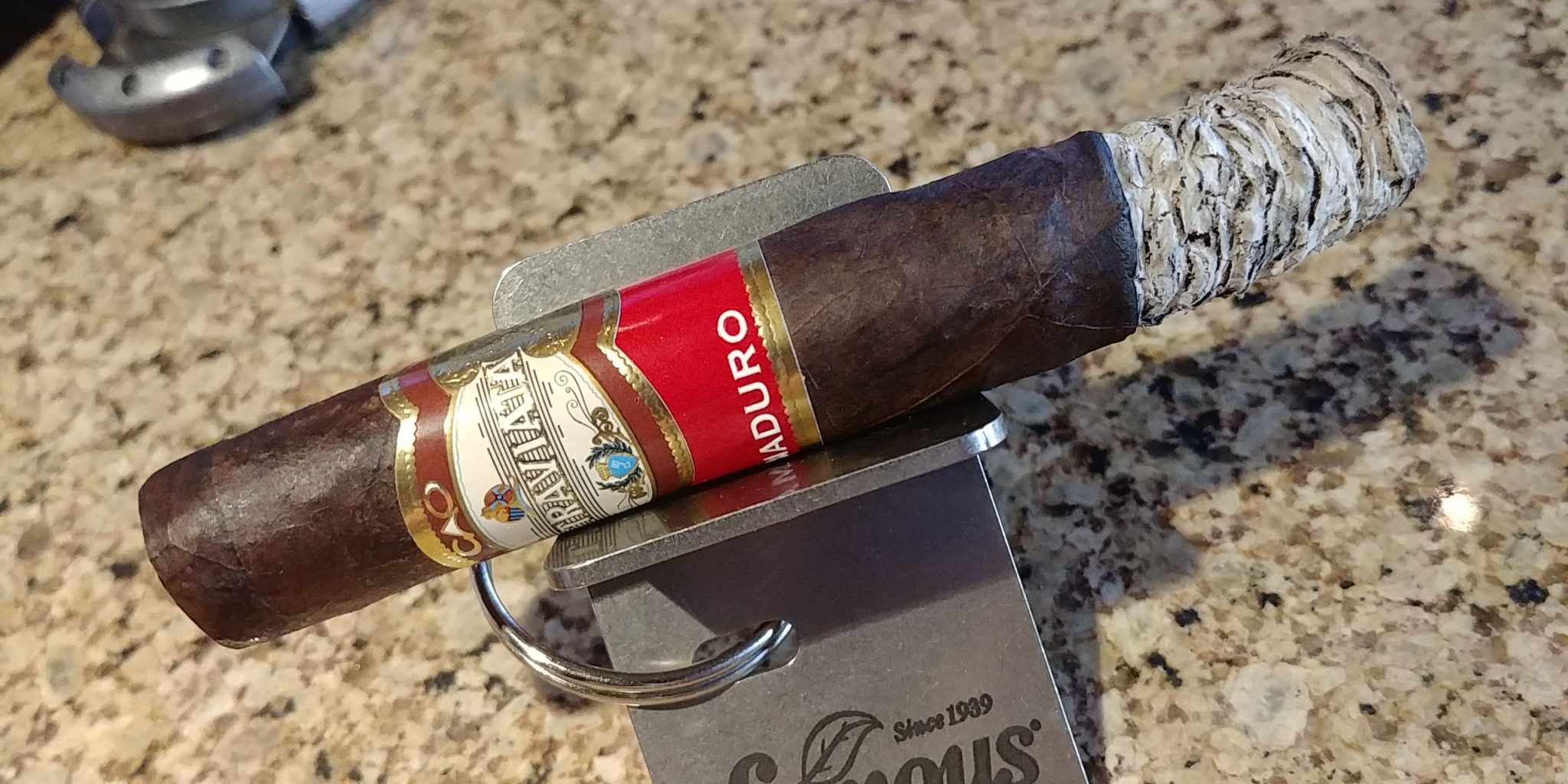 The Divino also displayed a very even and slow burn revealing firm, light grey ashes that tapped-off in one-inch nuggets. 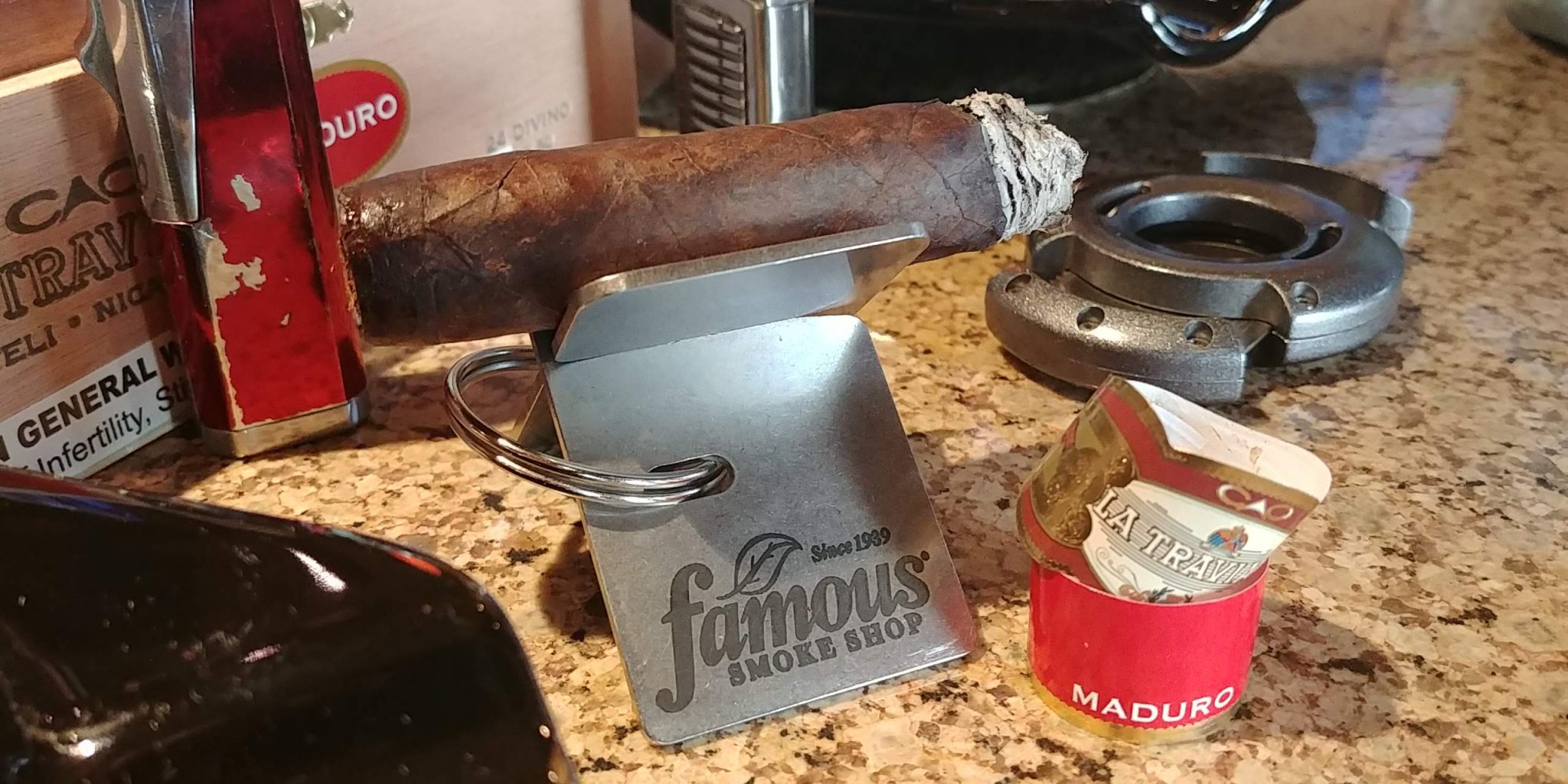 Nope. . . But it was far from one-dimensional. Led by the Divino’s predominantly woody character, the supporting cast of flavors were consistent until the final third when the sweetness dropped-out. 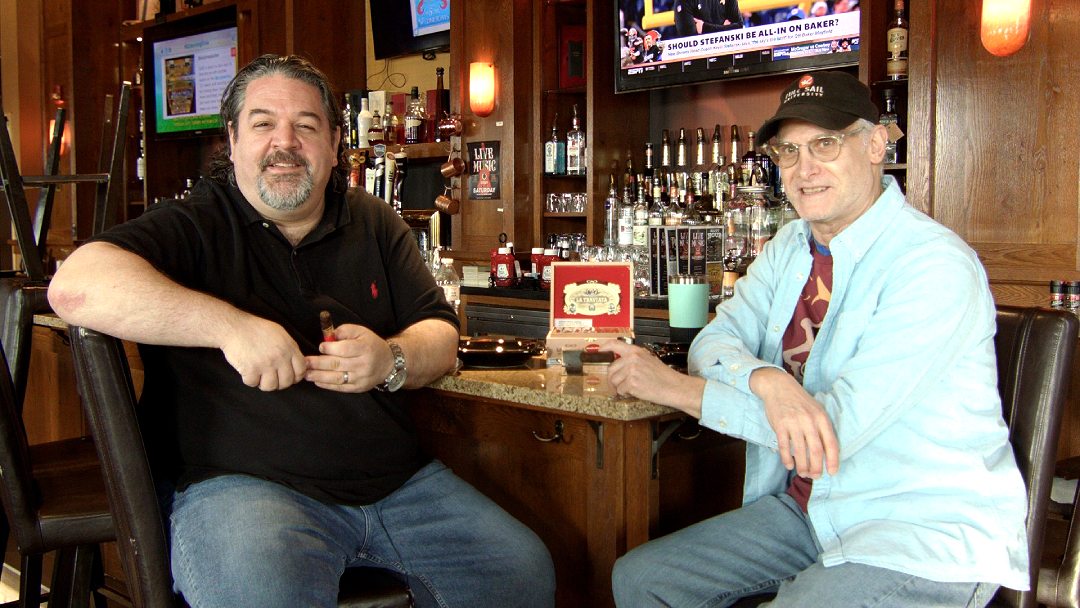 Based on the Divino’s hearty flavor profile, it’s logical that more experienced smokers would take to this cigar. But I wouldn’t dissuade new smokers from giving the Divino a shot for its superb balance, rich flavor, and first-rate smokeability. It will also help develop their palate.

Most definitely. John called it a good “throwback cigar.” And take a look at the price. Considering the quality, flavor, and cost, the Divino, not to mention the entire CAO La Traviata line, is one of the best values you’ll find anywhere.

An Open Letter to the Cigar Industry: The Lie About Internet Cigar Sellers