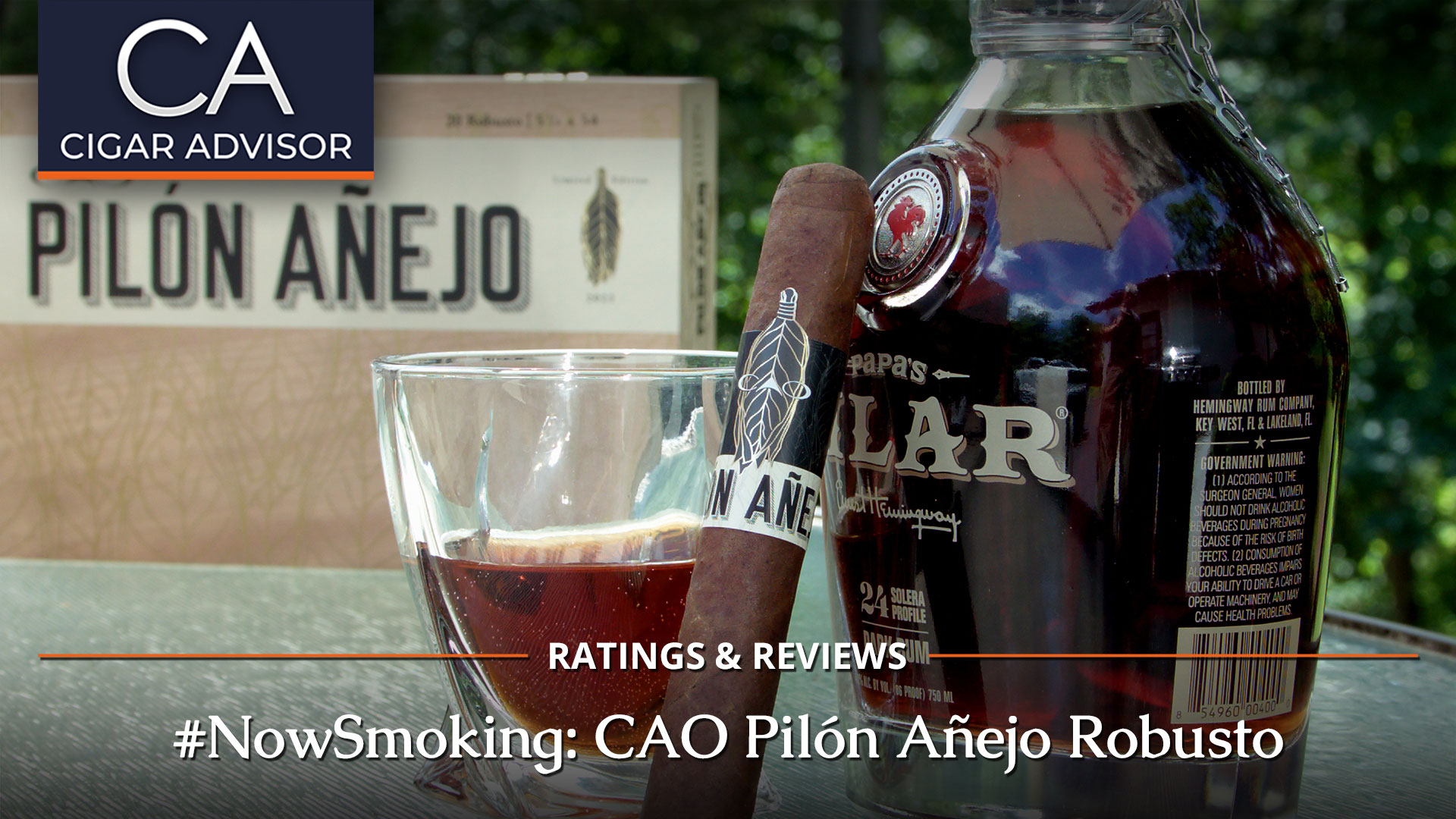 The approach to the Pilón Añejo combines what the company calls “labor-intensive fermentation and finished cigar aging to deliver great depth and character.” Using the same circular pilón fermentation technique as the original CAO Pilón, blender Rick Rodriguez said, “With CAO Pilón Añejo, we’ve combined pilón fermentation which does such incredible things to the tobacco, with a full two years of aging of the finished cigars. Together these methods add a whole new dimension to the blend. We’ve ultimately created a layered smoking experience that we could not have achieved through any other processes.” 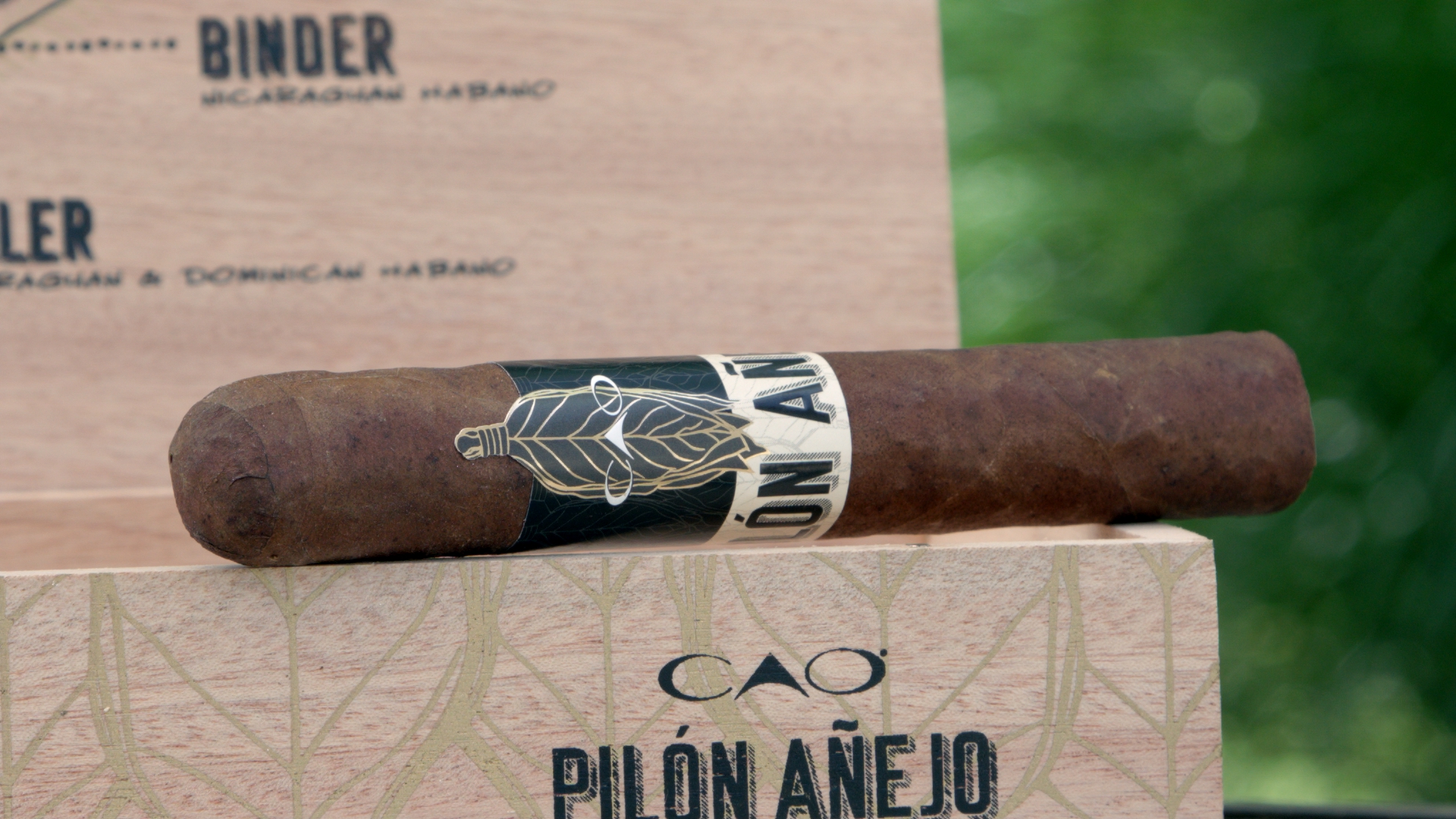 The CAO Pilón Añejo line has been produced in limited-edition. A total of only 5,000 boxes were released this year presented in 20-count boxes and three sizes: Robusto, Toro, and Gigante.

Construction: The Sumatra wrapper has a nice, tanned leather look to it with an attractive reddish patina. The cap was a bit lumpy, but the cigar is well rolled and I found no soft spots.
Cold Draw: Sour leather (uh huh).
Base flavors: Leather, light salt and earth, sweet tobacco, cinnamon, oak, tart berries.
Aroma: Sweet.
Burn & Ash: The burn is even out of the gate and stays that way throughout exposing a very firm, light gray ash. 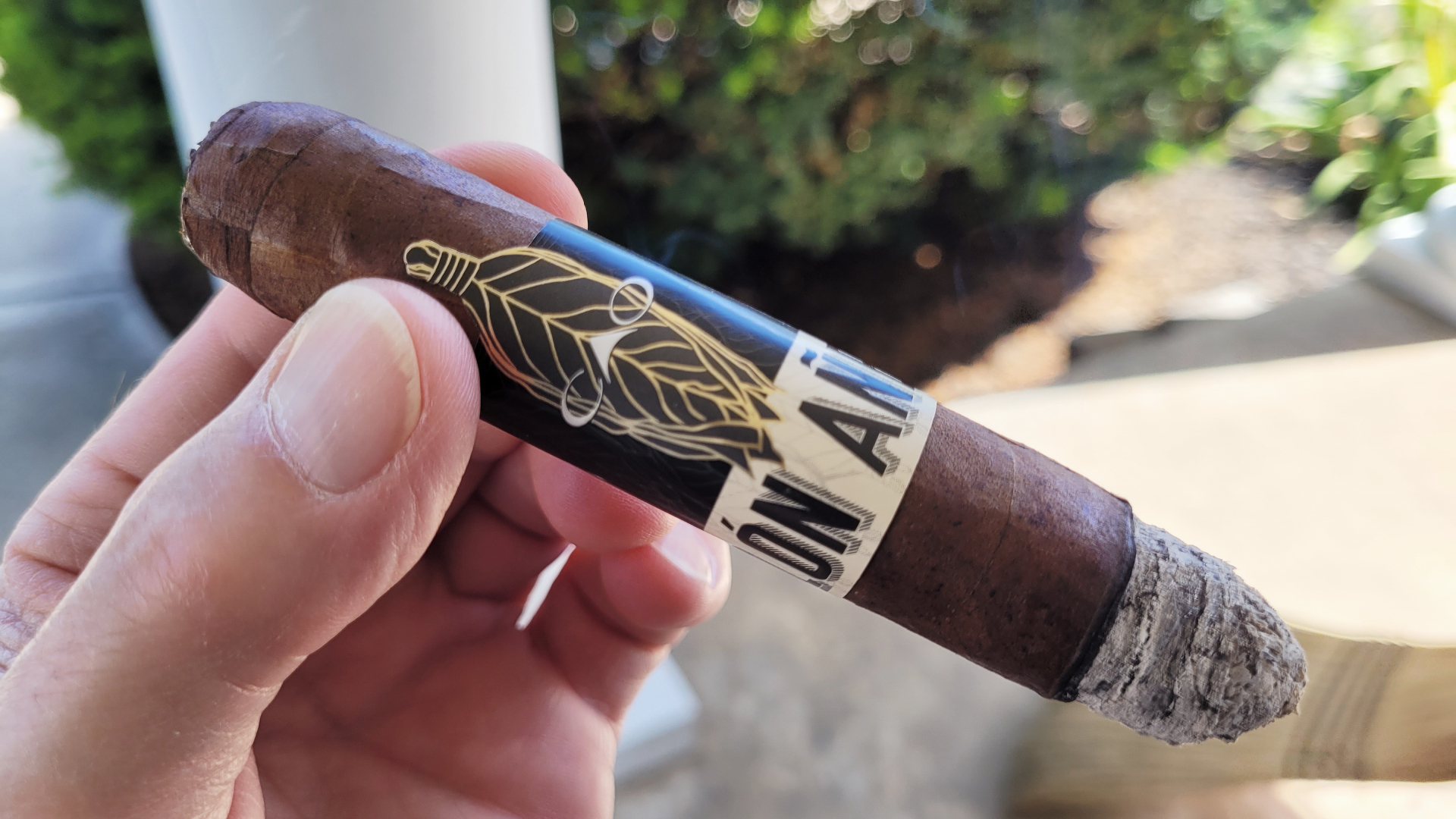 The cigar got off to an excellent start and produced plenty of smoke throughout. The mouthfeel was exceptionally creamy and smooth and the usual peppery start was AWOL. Leather followed by some saltiness, sweet tobacco, and light earthiness. Leather remained most dominant with a hint of cinnamon spice on the finish. So far, well balanced, medium in body and very tasty. 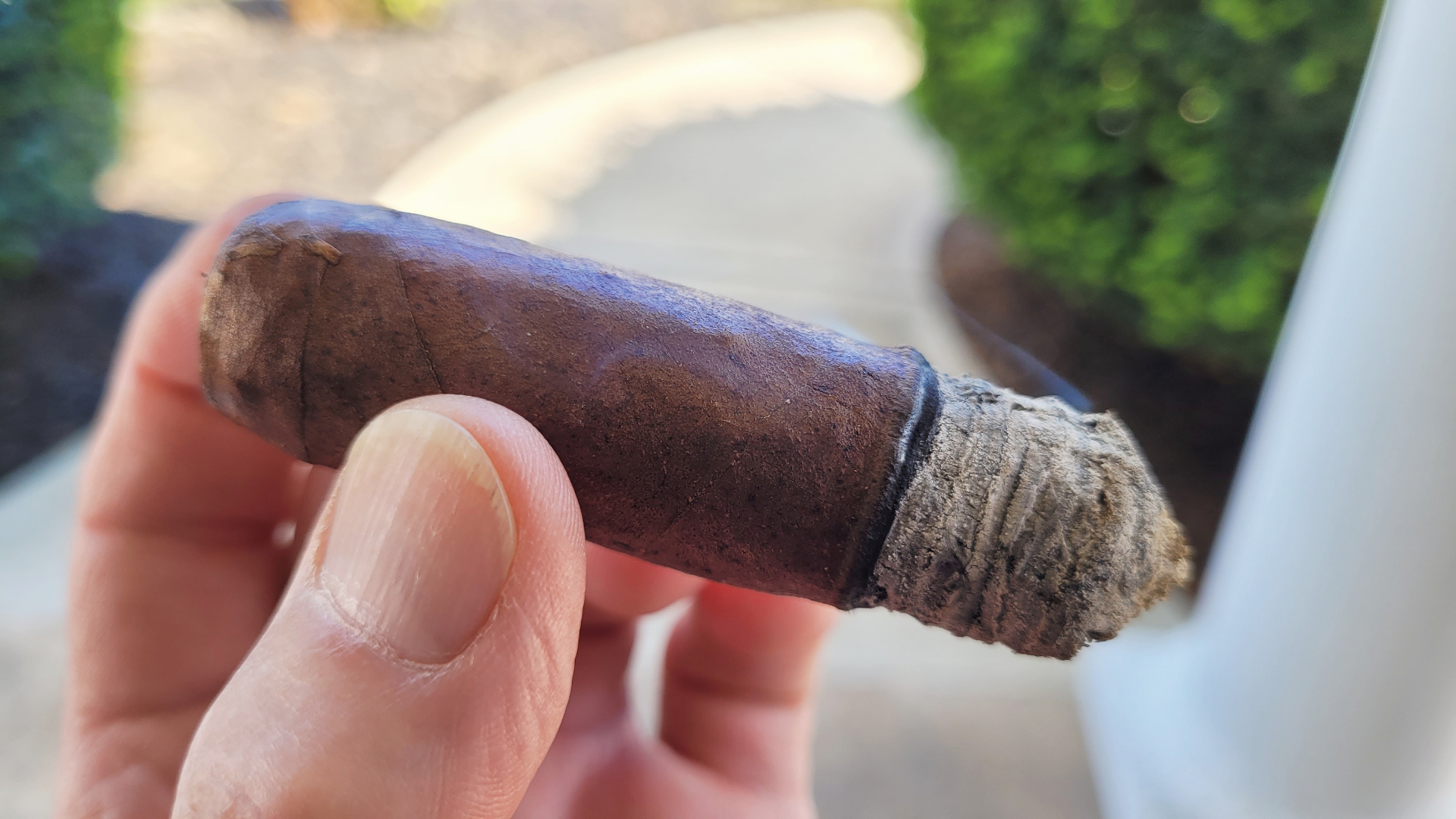 Leather, salt, and sweet tobacco were the order of the day at the midsection. The cigar was still burning beautifully revealing a perfect cone. A tart berry note and some oaky woodiness arrive. The body shifts toward medium-plus while the smoke remained thick and chewy and the overall strength, itself, was medium. 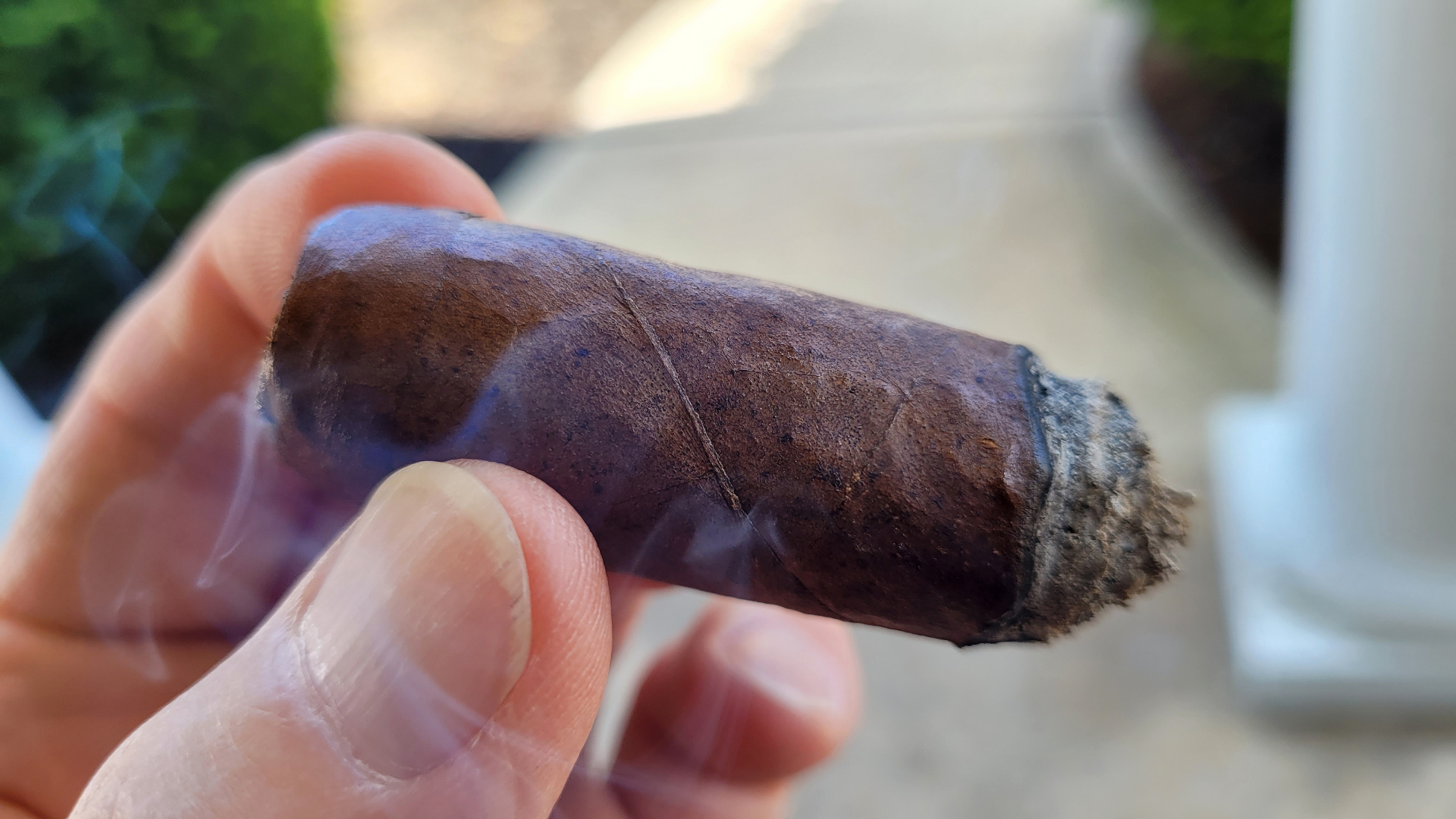 The flavors continued to be well balanced, the smoke medium plus in body, and the strength held at medium. Even at this stage the smoke remained cool. Tart berries, leather, and oak survived as some of the sweetness faded, but it was also earthier. By this stage, I found the Pilón Añejo Robusto had checked all the right boxes.

What whiskey pairs well with the CAO Pilón Añejo Robusto?

Bourbon or Rye are a natch for this cigar, but how about a dark Rum or maybe a Brandy? A cigar with thick chewy smoke as this might go well with a thicker liquor. For more professional combinations, see our Cigar & Spirit pairing guide.

Is the CAO Pilón Añejo Robusto cigar worth smoking?

As I stated in the video review, this Pilón Añejo Robusto was my 4th and it was as good as the three that preceded it. In some ways it reminded me of a bolder Cuban cigar for its light salt, earth, and sweet tobacco notes, but I’ll leave it at that. 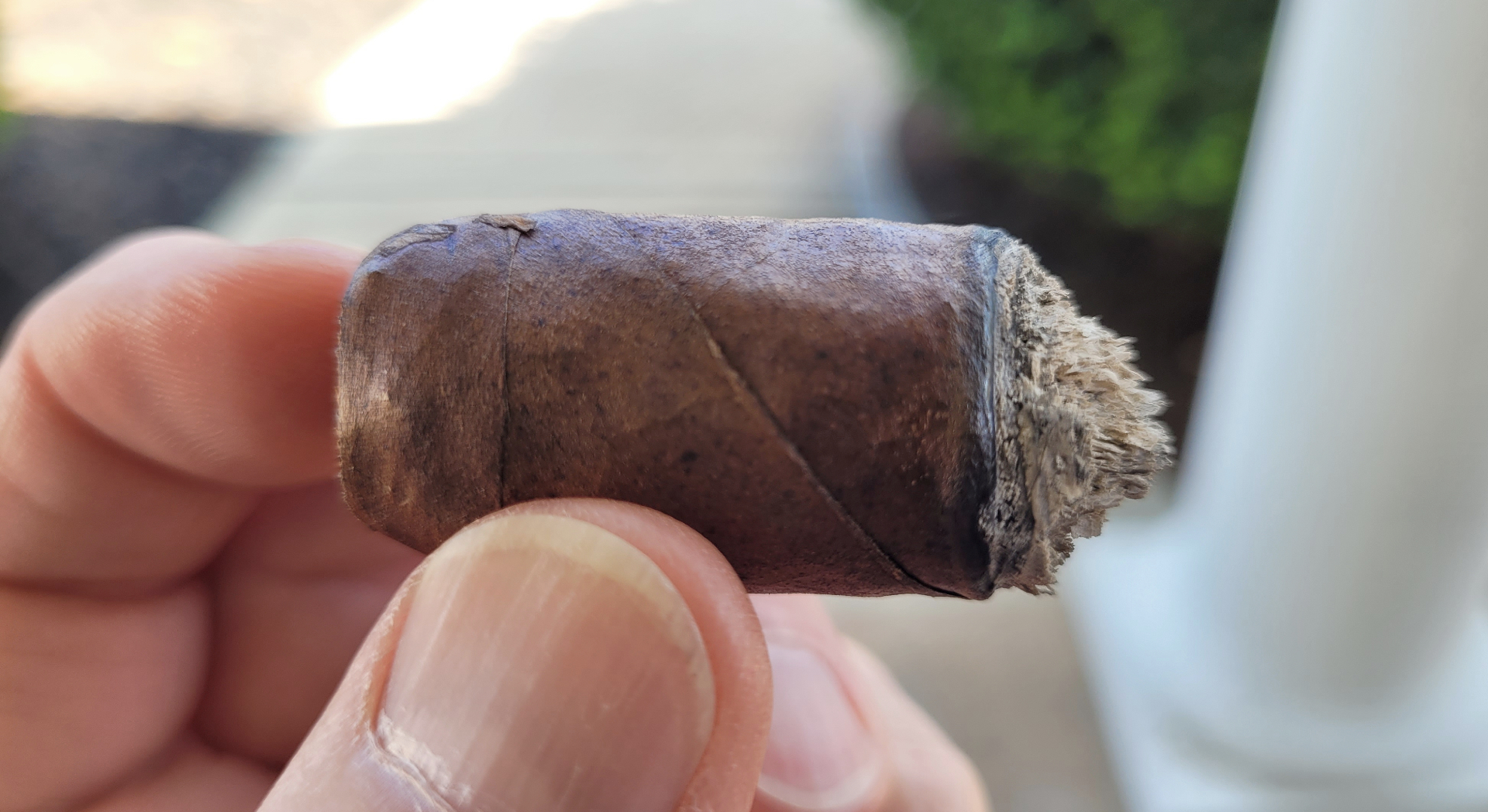 The Pilón Añejo may be a borderline choice for newer cigar smokers in that, it may be a bit much even though it’s medium in strength. However, cigar smokers who love dark, chewy, full flavored cigars will get plenty out of it. There’s a lot going on in this blend that you can pick out with each successive session. After my first, I told my Cigar Advisor colleagues that it was one of the best cigars I had so far this year. Well, that’s my story and I’m stickin’ to it.

Enjoy the original, will have to try the Anejo