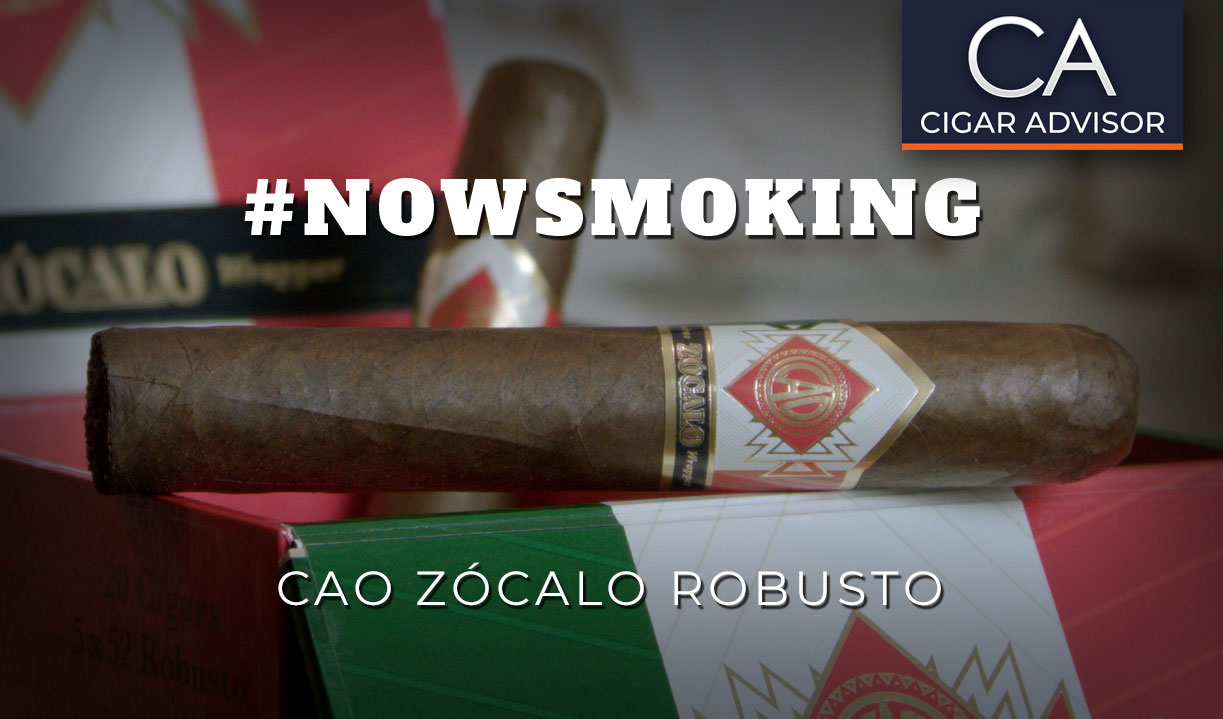 
Presented in Boxes of 20 cigars, 5-packs & singles (as available).

The CAO Zócalo Back Story

Introduced in 2018, CAO Zócalo was named for a celebratory city square in Mexico, and was also the first cigar in CAO’s lineup to be made with Mexican tobacco. It was also a limited edition with only 3,500 boxes made in one size – a 6×60 Gordo: 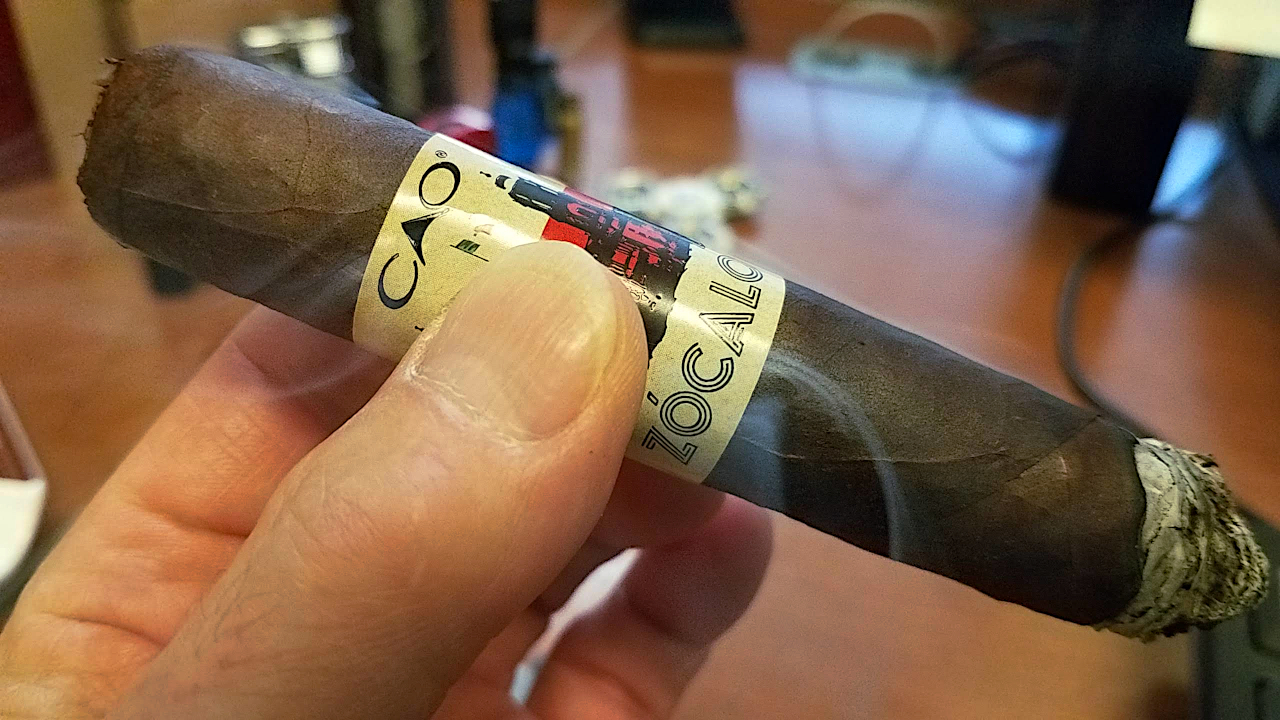 Officially known as Plaza de la Constitución, El Zócalo is the main public square and one of the most recognizable places in Mexico City. It contains a giant Mexican flag at its center and has been the centerpiece of public gatherings, both political and ceremonial, since the days of the Aztecs. 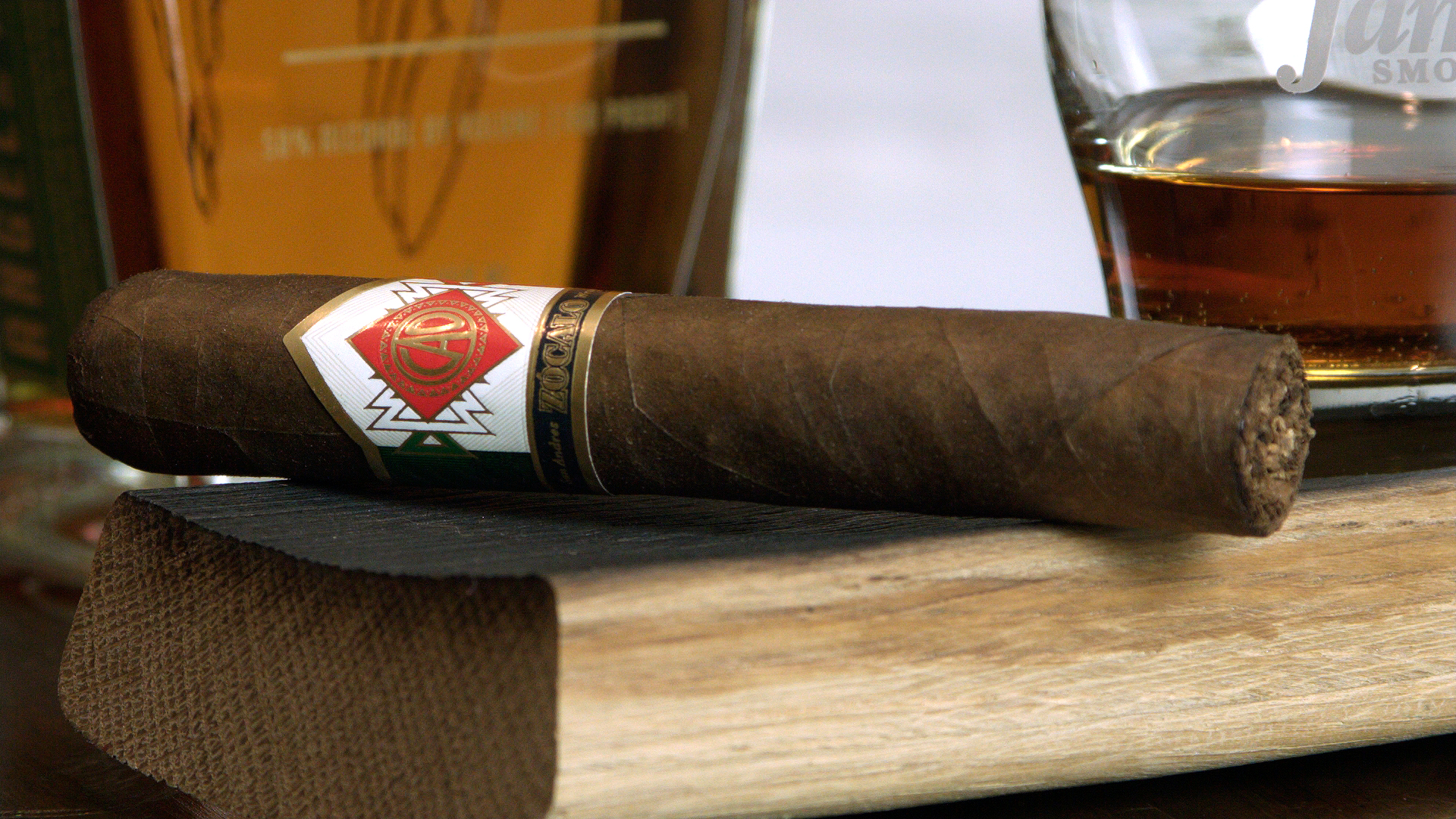 CAO’s master blender and ambassador Rick Rodriguez said, “Zócalo speaks to CAO’s spirit of going off the beaten path. We’ve never used Mexican tobacco in any of our blends, so we went bold by using a Mexican wrapper leaf. It’s a special Morron wrapper grown in the San Andrés Valley and it delivers a great, earthy flavor I know the CAO fans will love.” 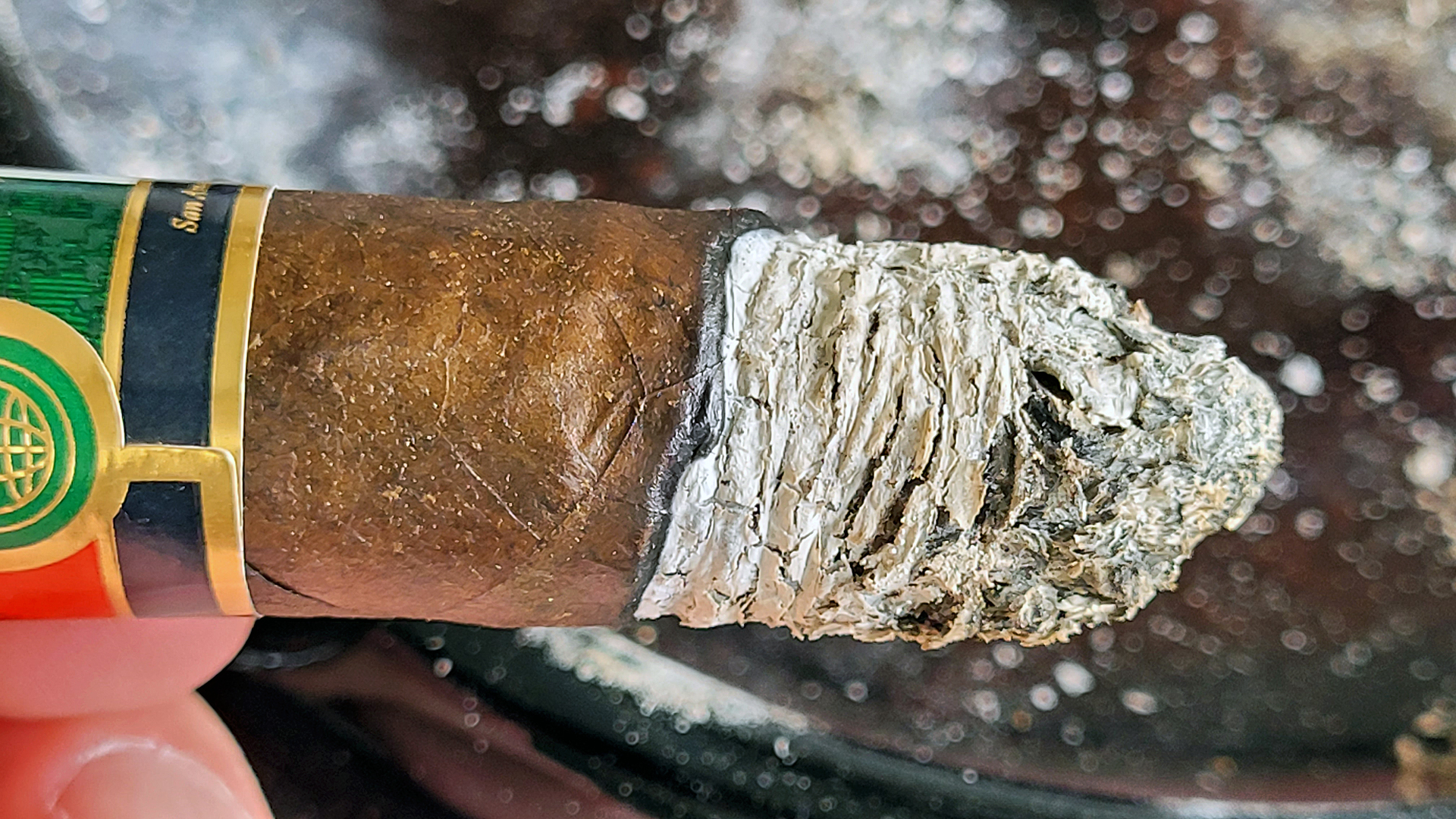 In March 2021 CAO rereleased Zócalo as a full production addition to the CAO lineup by adding the Toro and Robusto frontmarks. The packaging also goes from a red and white theme to boxes inspired by Mexico’s red, white and green flag colors.

Commenting on the new lineup, Rick added: “Two years ago, we tested a blend with a wrapper from Mexico, launching Zócalo in a 6 x 60 and the response was very positive. The feedback we received was that the blend came in just one size. Our fans told us that they would support Zócalo if we had more sizes to offer. Fast forward to 2021 and here we are launching Zócalo as a permanent, three-cigar line.”

Zocalo is currently available in these sizes:

Construction: Well rolled with no soft spots. The wrapper thick, leathery, and more smooth than toothy. It’s also even in color, and acquires an attractive oily sheen in the sunlight. The cap is a neat triple seam that clips cleanly with a double blade, opening an excellent draw.
Cold Draw: Tasty; mainly flavors of sweet tobacco with an herbal quality.
Toasting and light: The thicker wrapper seems to allow for a good bond between it and the binder during toasting. The cigar lights evenly, as long as you’re careful.
Base flavors: Brown sugar, roasted nuts, sweet earth, and peppery spice.
Aroma: The wrapper is a combination of sweet earth and barnyard hay. The foot is more herbal and nutty. The smoke is sharp and spicy.
Retrohale: White pepper spicy.
Burn & Ash: Excellent burn. No issues, even with a fairly decent breeze. The ashes are very firm and mostly grey in color.

My CAO Zócalo Robusto opened bold and spicy followed by some nuanced sweetness and a peppery finish. Just a few puffs down the road, it rounded-out to a smooth, creamy smoke with some pepper lingering in its wake. The smoke produced a sky’s worth of blue clouds. Just past the first half-inch some caramel-like sweetness moved in. Moving on, I picked up a definite nuttiness in the mix. The body at this point was mostly medium, and the finish, though still peppery, was closer to white pepper, which was also evidenced in the retrohale. By the end of this section, the caramel-like sweetness was more like brown sugar. Just below that was a layer of roasted nuts, then the lingering spicy finish. 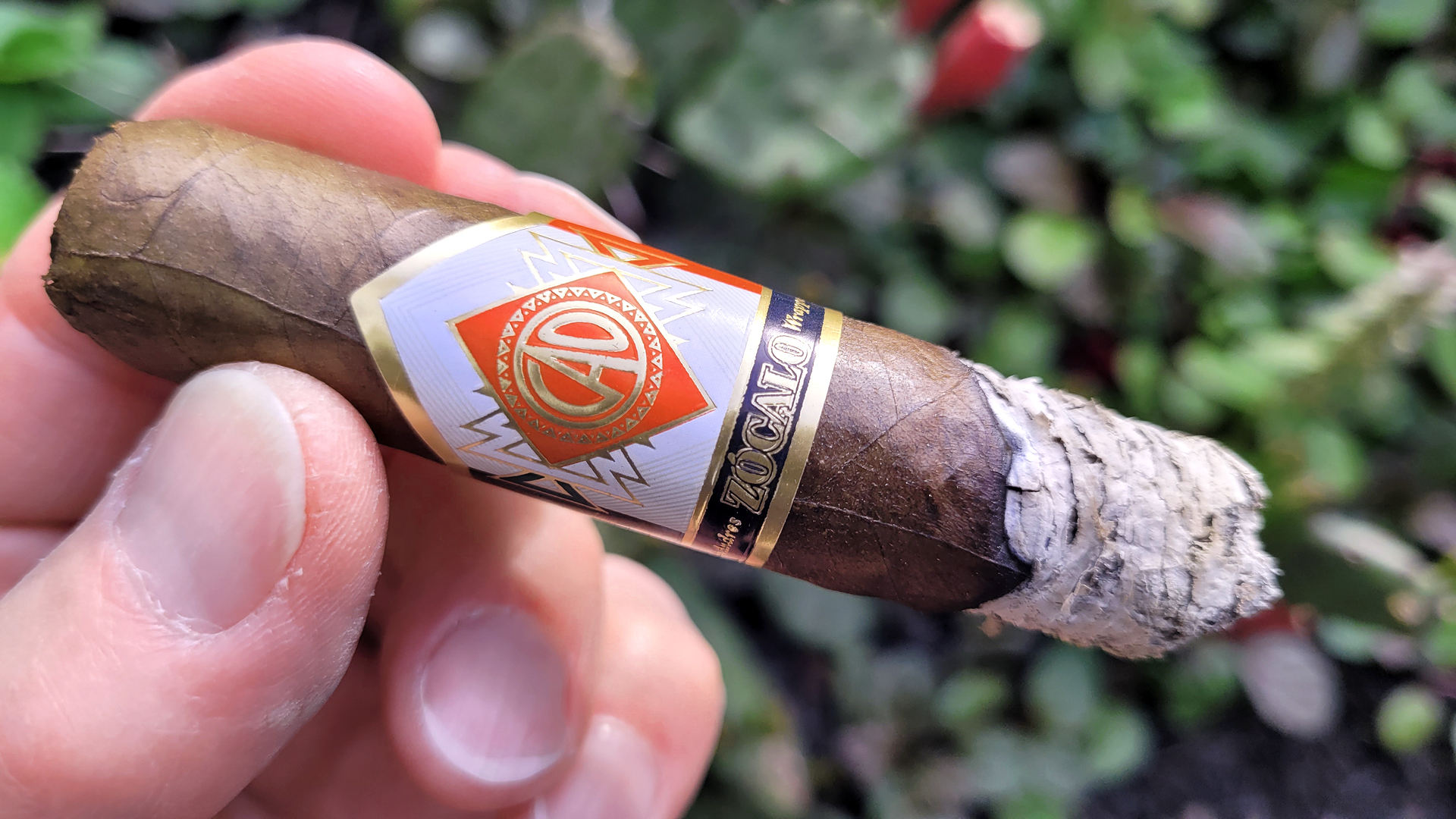 At this point, the Zócalo Robusto began forming a very nice-looking ash. (You should’ve seen the second ash. It went for almost two inches.) The smoke was well-balanced and shifted to more medium plus in body. Further in, the brown sugar, nuts, earthy spice, and medium body held steady. Retrohales were much spicier. Interestingly enough, I began getting the “earthy spice and the subtle sweetness” described in the press release, which doesn’t happen very often.

By this point the strength was flirting with full, while the body remained medium plus. My advice at this point would be to slow down. There’s more strength in the mix than may be apparent at first. That aside, the mix of sweetness, earth, and spice were hanging in there fairly well. Then, either the peppery finish had ceased, or I just got used to it, because I stopped picking it up. Once I got into nub territory the cigar continued to burn well, but in that last inch-plus, the most notable remaining flavors were the brown sugar with some dark earthy notes.

I’m recommending a great sipping tequila, Don Julio Añejo, to go with the Mexican San Andrés wrapper. The tequila is barrel-aged in smaller batches for eighteen months in American white-oak barrels. Its complexity strikes an excellent balance between agave, wood, and hints of vanilla. DJ suggests doing it neat in a snifter, or on the rocks. But, if Tequila isn’t your thing, you may want to opt for the Angel’s Envy Bourbon shown in the video. 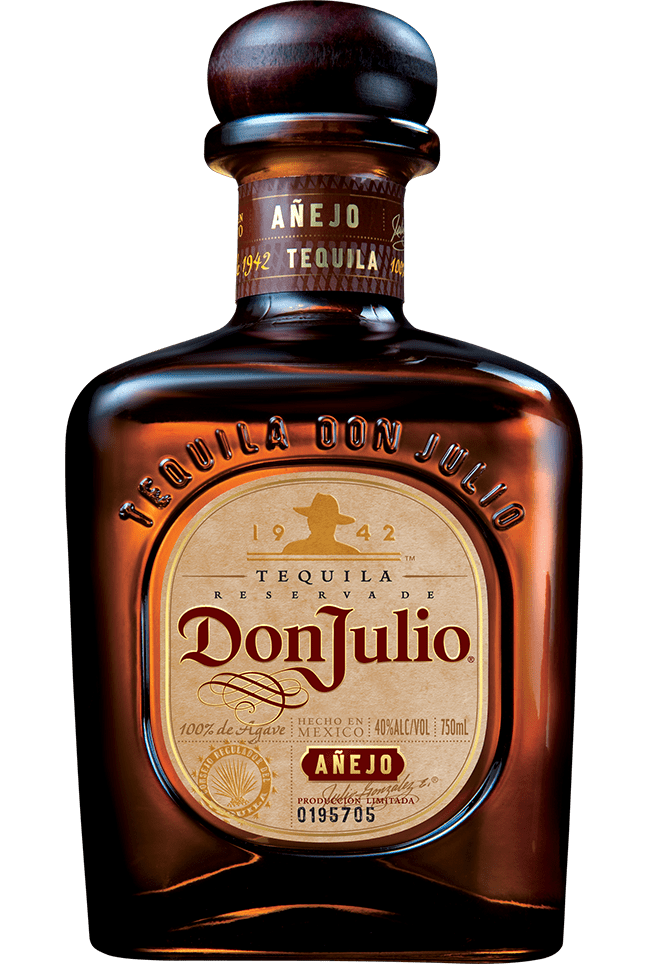 If you love Mexican San Andrés Morron wrapper as I do, this cigar is a winner. The smoke was very flavorful, consistent and balanced throughout. And here’s a small reveal: This was my third Zócalo Robusto, and every time I got more out it, so this one’s a grower. Generally speaking, I’d stamp it as a good end-of-the-day cigar, or even after dinner with the liquors noted above; reason being, the cigar is much more refined and nuanced than it appears. Newer smokers may want to wait a little. But if you love full-flavored cigars on the spicier side, Zócalo makes its point like a picador, minus the sting.