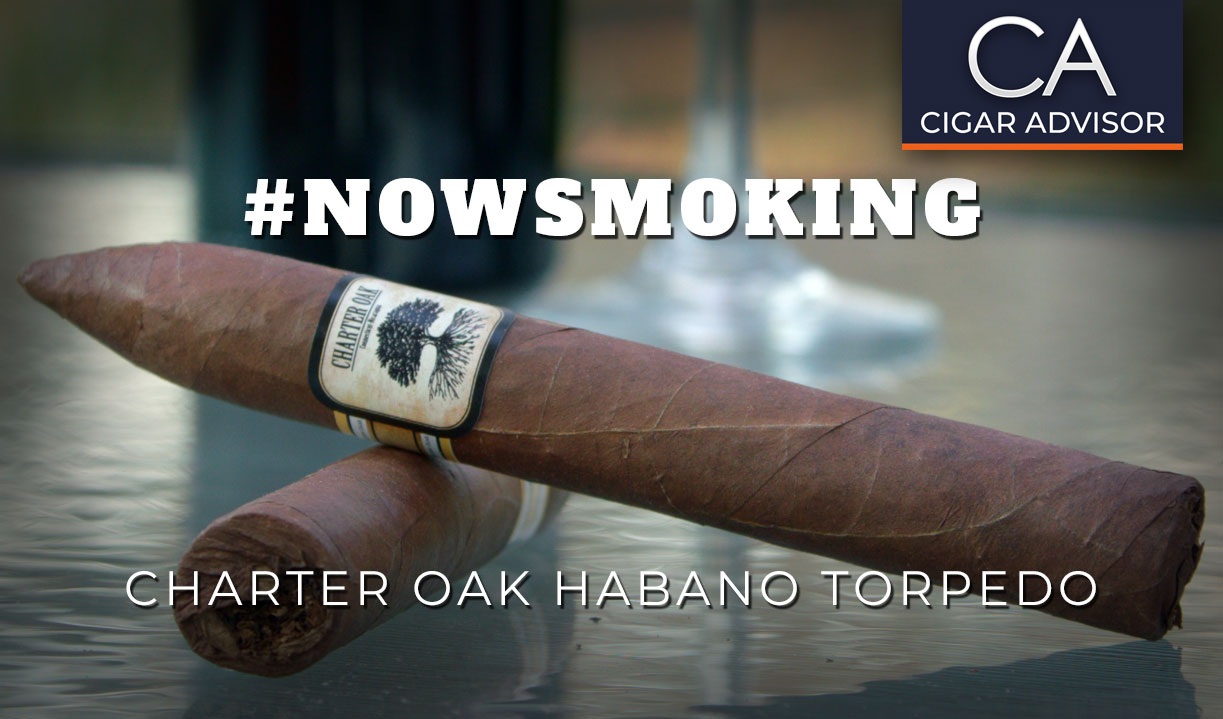 Nick Melillo is the man behind Foundation Cigar Co., makers of Charter Oak cigars, El Gueguense, The Upsetters, The Tabernacle, and Highclere Castle, among others. The Charter Oak line is particularly close to Nick. Born and raised in Connecticut, Charter Oak is Nick’s homage to his native state, and has become a regular “go to” for thousands of cigar lovers. Additionally, the Charter Oak selection was chosen as a “#1 Best Buy” by Cigar Aficionado.

Until now, Charter Oak cigars were only offered in Connecticut Shade and Connecticut Broadleaf wrappers. I bought a Connecticut Toro recently, and they really are a great catch. I should’ve bought a 5-pack. 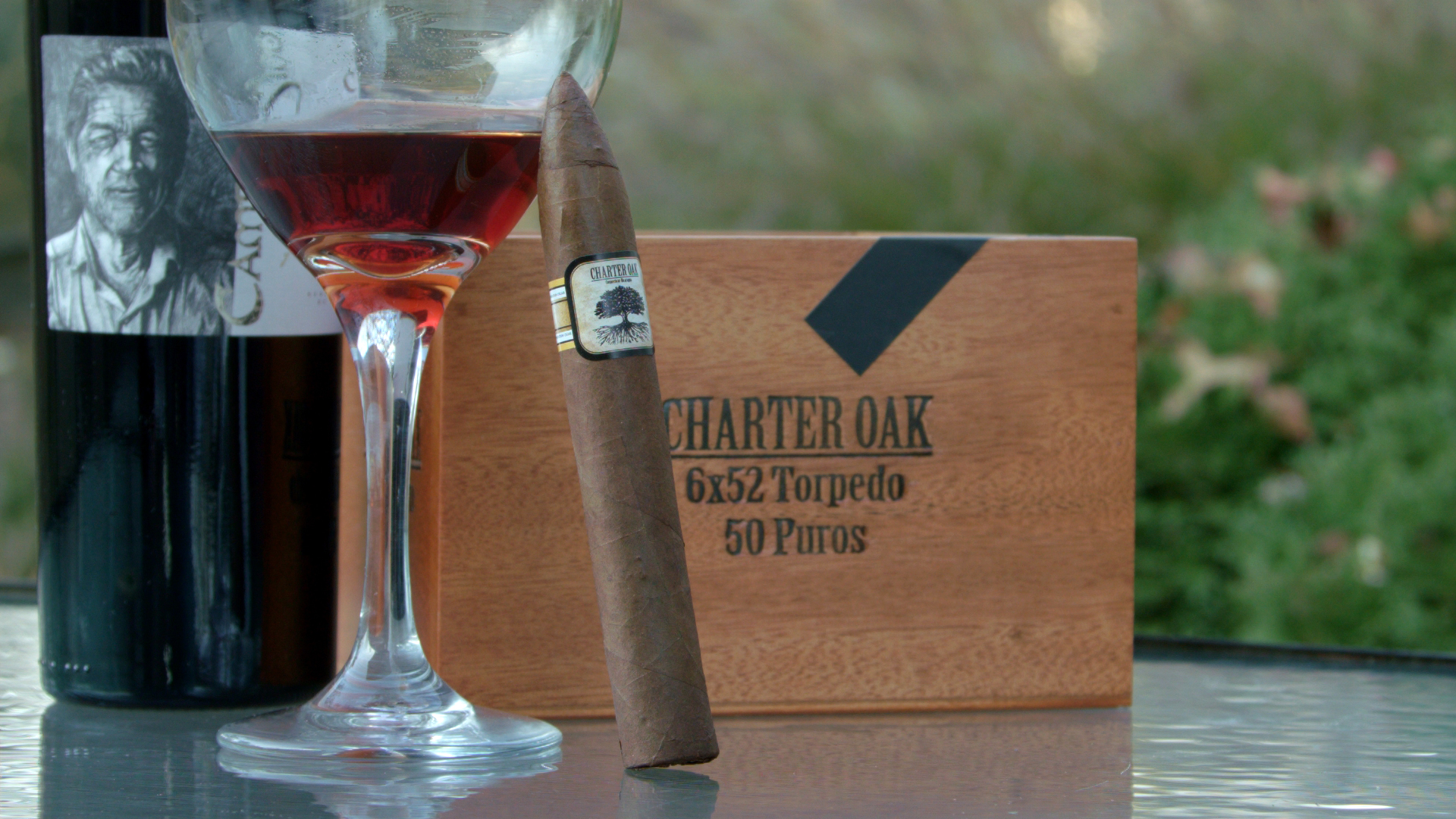 In September, Foundation released Charter Oak Habano whose packaging also displays the same historic 600-year-old oak central to Connecticut’s legacy of independence and industry. Presented in natural-looking, honey-colored boxes, Charter Oak Habano will also share the same five sizes as the Connecticut natural and Broadleaf lines in 20 count boxes. However, the Torpedo is unique, in that, it is offered in a cabinet box of 50 cigars.

“I am happy to have been able to blend a beautiful Habano wrapper into an expansion of the Charter Oak line, filling the profile gap between the CT Shade and the CT Broadleaf,” said Melillo.  “This is a medium-bodied, spicy blend with amazing flavor at a great value.” 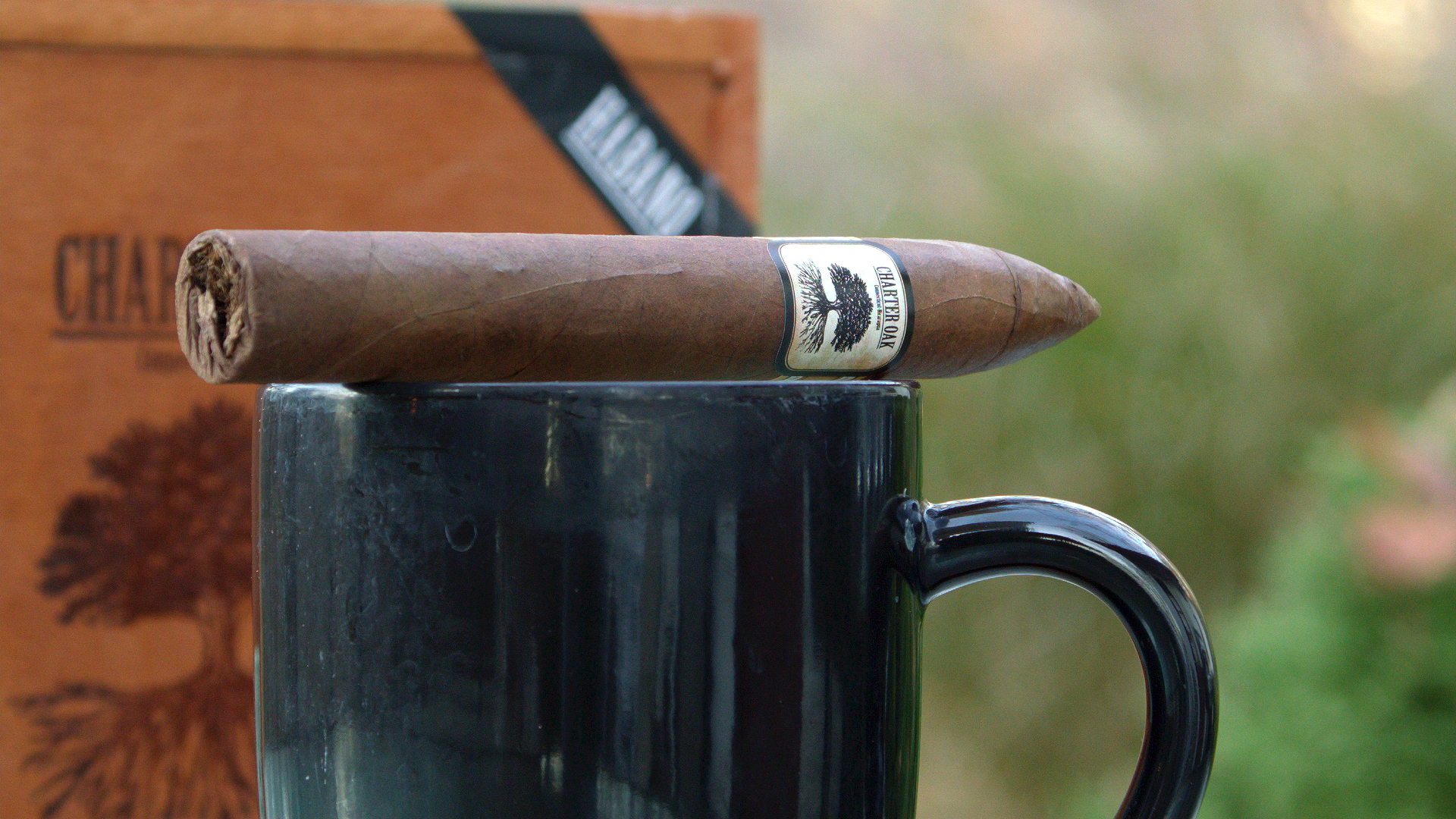 The Charter Oak Habano Torpedo boasts a striking appearance thanks to its oily Habano wrapper. The rolling is seamless and features a closed foot. Plus, I noticed a sweet barnyard aroma off the wrapper. Clipped at a Dickman Cut angle, the cold draw notes were a little salty and leathery. Once lit, the smoke offered a peppery mix and a curious fruity note that never reprised itself once the cigar got going. 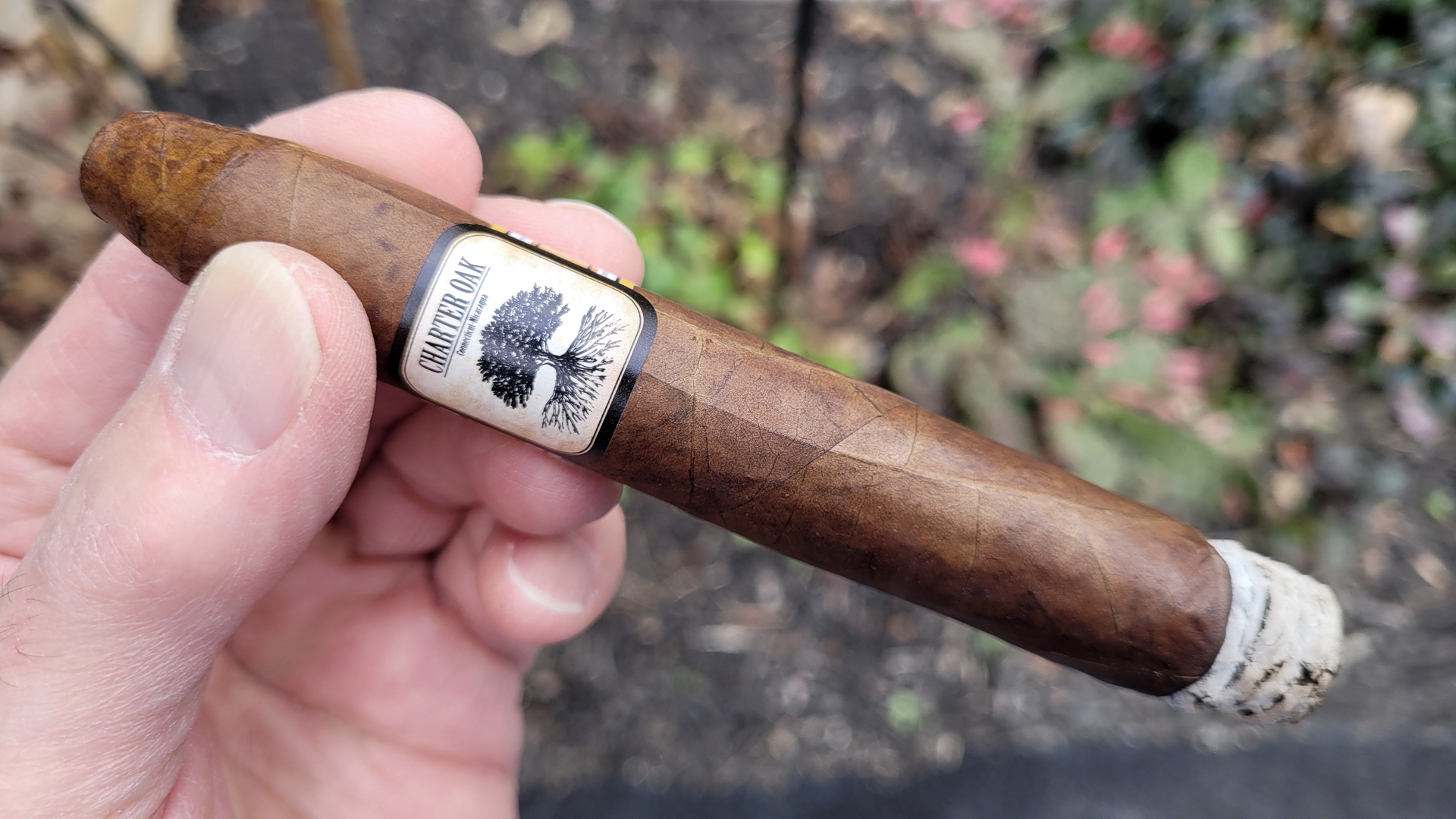 Earthy, bordering on musty, and peppery on the finish out of the gate. By the one-inch mark some sweet tobacco notes were added to the flavor pool resulting in an earthy, leathery, and semi-sweet smoke. Both my pre-video and video samples had good draws, but I have noticed with torpedoes, at least in my case, I usually have to find a spot to bite down to open up the draw even further. (If anyone else can relate to this, leave a comment.)  The cigar also burned very well from the start revealing a mostly salt & pepper-colored ash that was also quite firm. Generally speaking, the first third was very smooth, balanced, and medium–bodied.  There is a peppery finish but it’s well rounded with mostly earthy–leathery component. 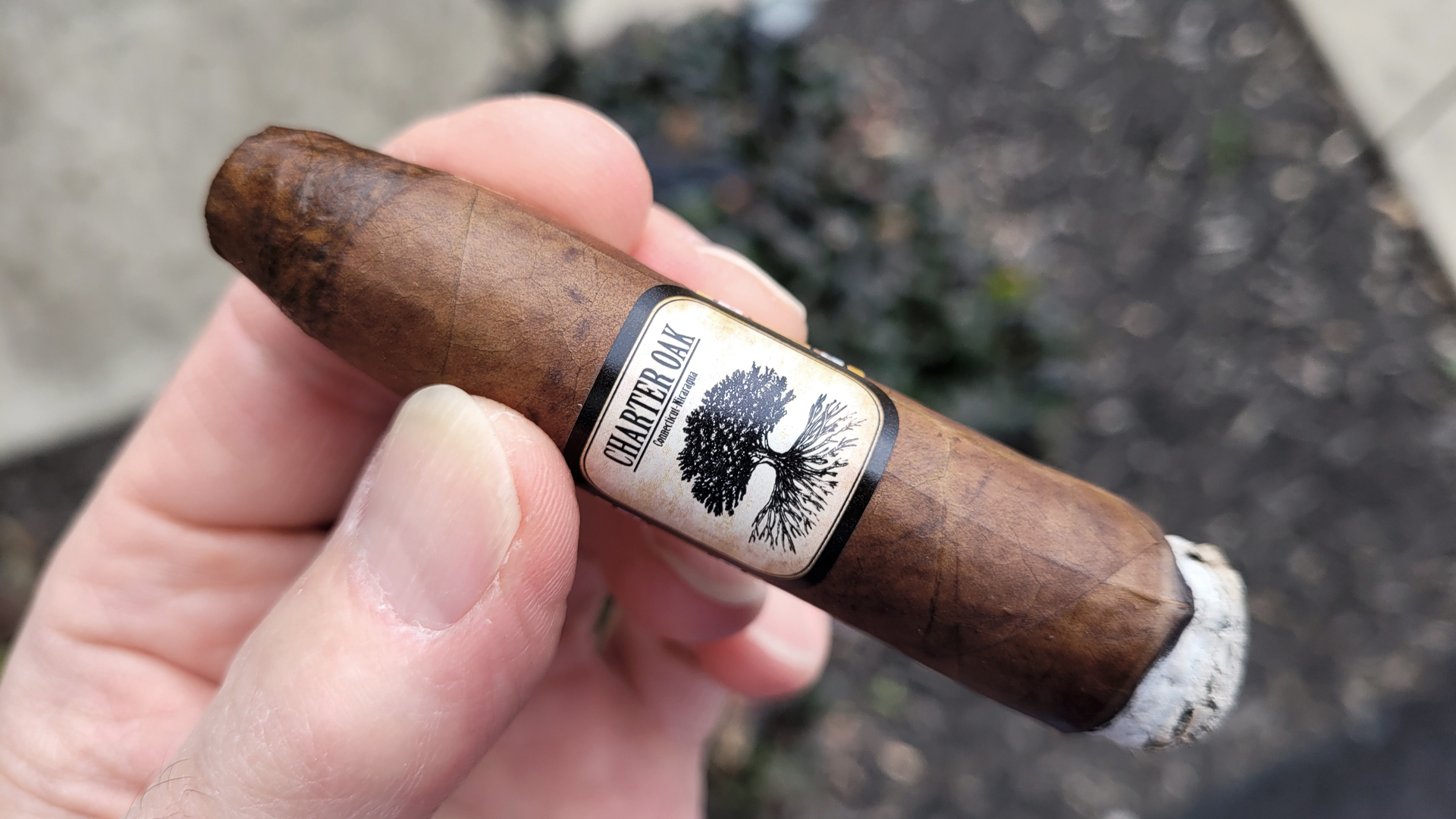 Moving from the first third to the second, the cigar ramped-up a little more in body and strength, yet remained mostly earthy and peppery. The smoke was still pretty peppery on the finish and in the smoke, but to be clear, it was never overpoweringly peppery. There was also some appealing sweetness that remained present, and some cedar-like woodiness found its way into the mix for a nice addition. At this juncture, I was convinced that the Habano wrapper was the spice culprit, creating a marked contrast in flavor profiles between this blend and the Charter Oak Connecticuts. 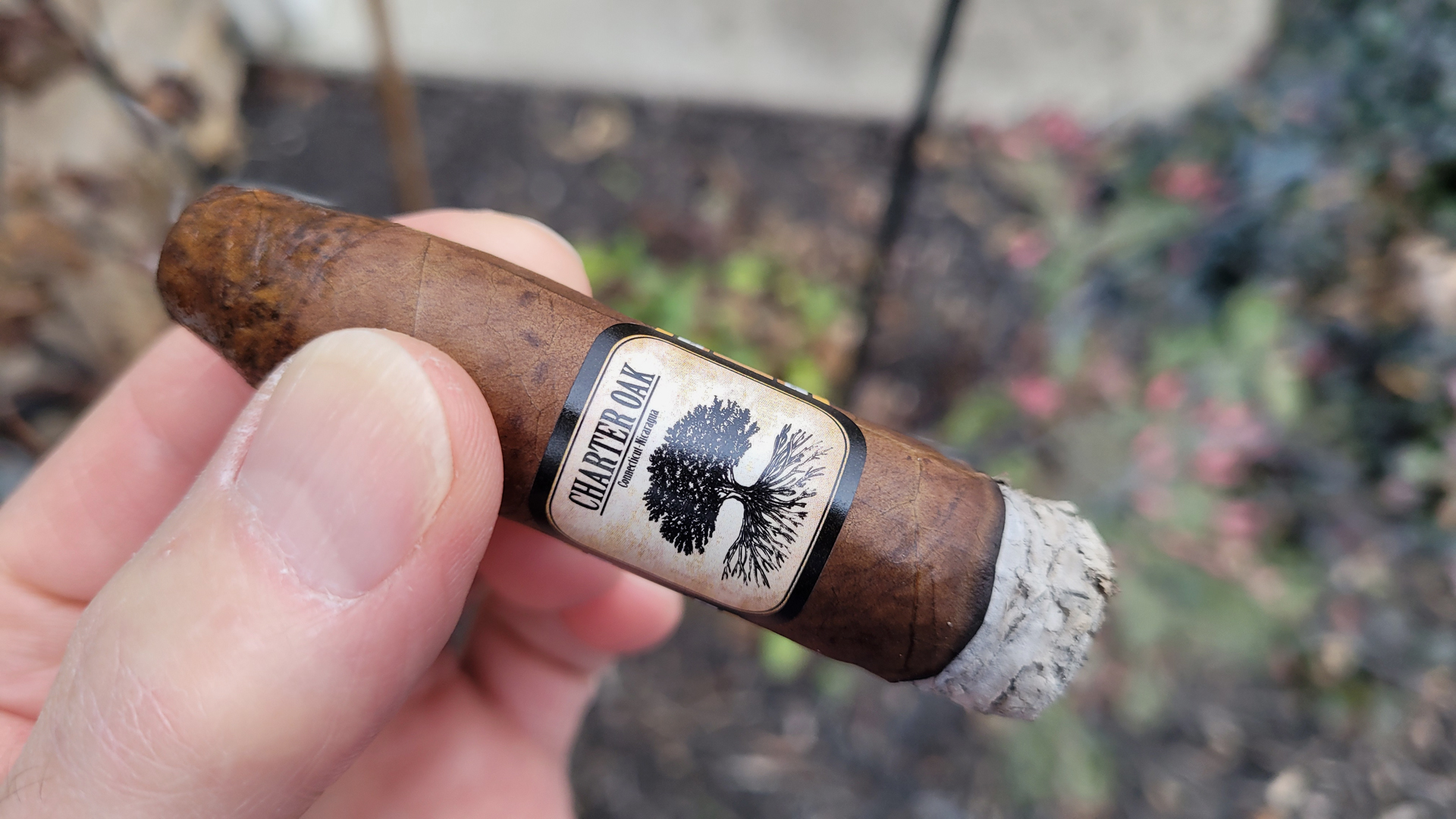 Even more surprising was the final segment where the black pepper appeared to be fading, if only slightly. All other elements remaining equal, that opened the pipe for more of the leather, cedar, and sweet tobacco notes. There was still a bit of spice on the finish, but I continued to smoke the cigar down to its last one-and-half inches with no problem. 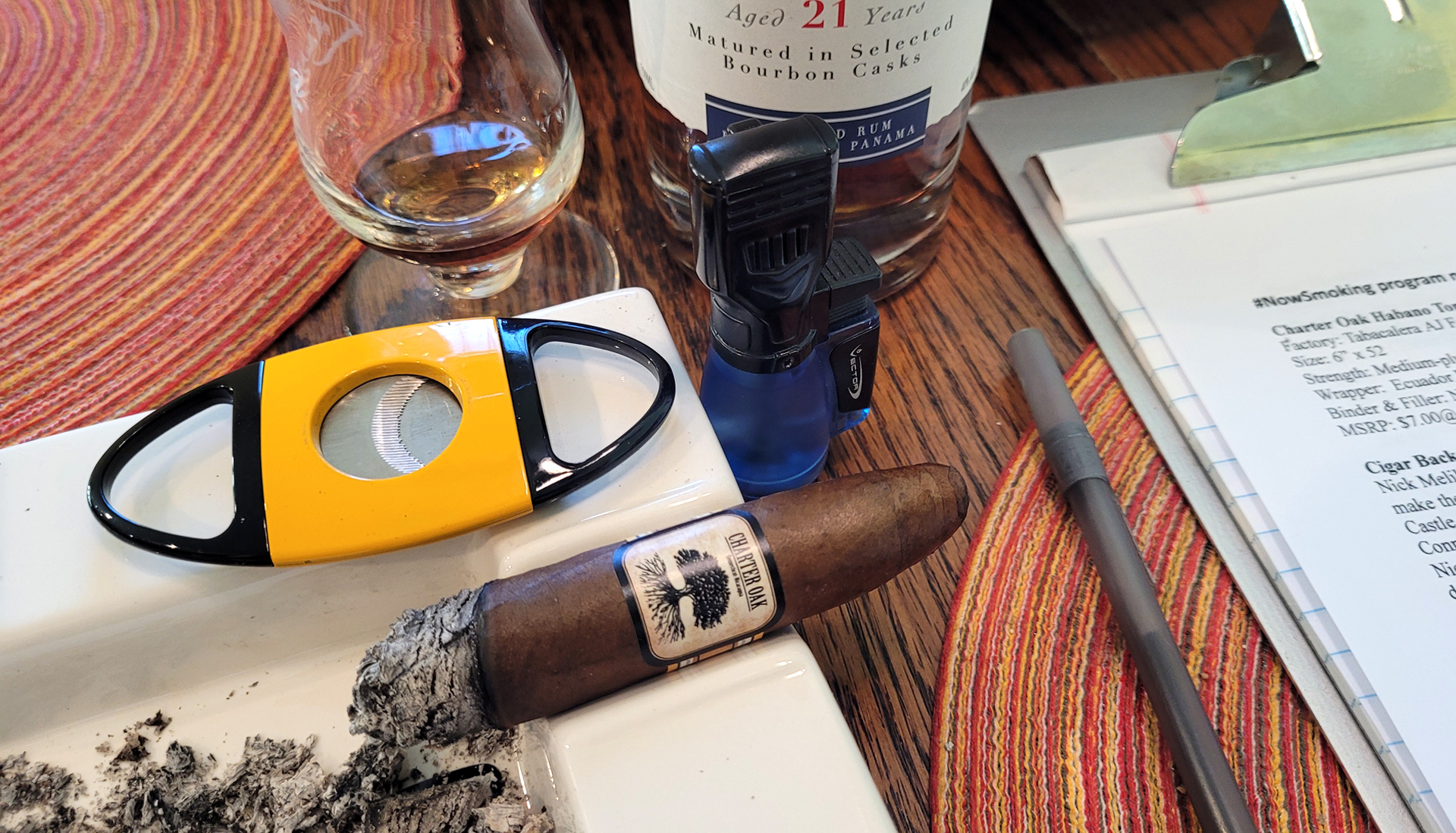 After smoking my pre-video sample, I decided to go with a long-aged rum; in this case the Zafra 21 Master Reserve, which has some nice molasses sweetness to it. I think a sweeter bourbon would do just as well, but the Zafra really turned the trick, and helped tame some of the pepper that was so prevalent. Wine fans would probably also benefit with a fruity red. 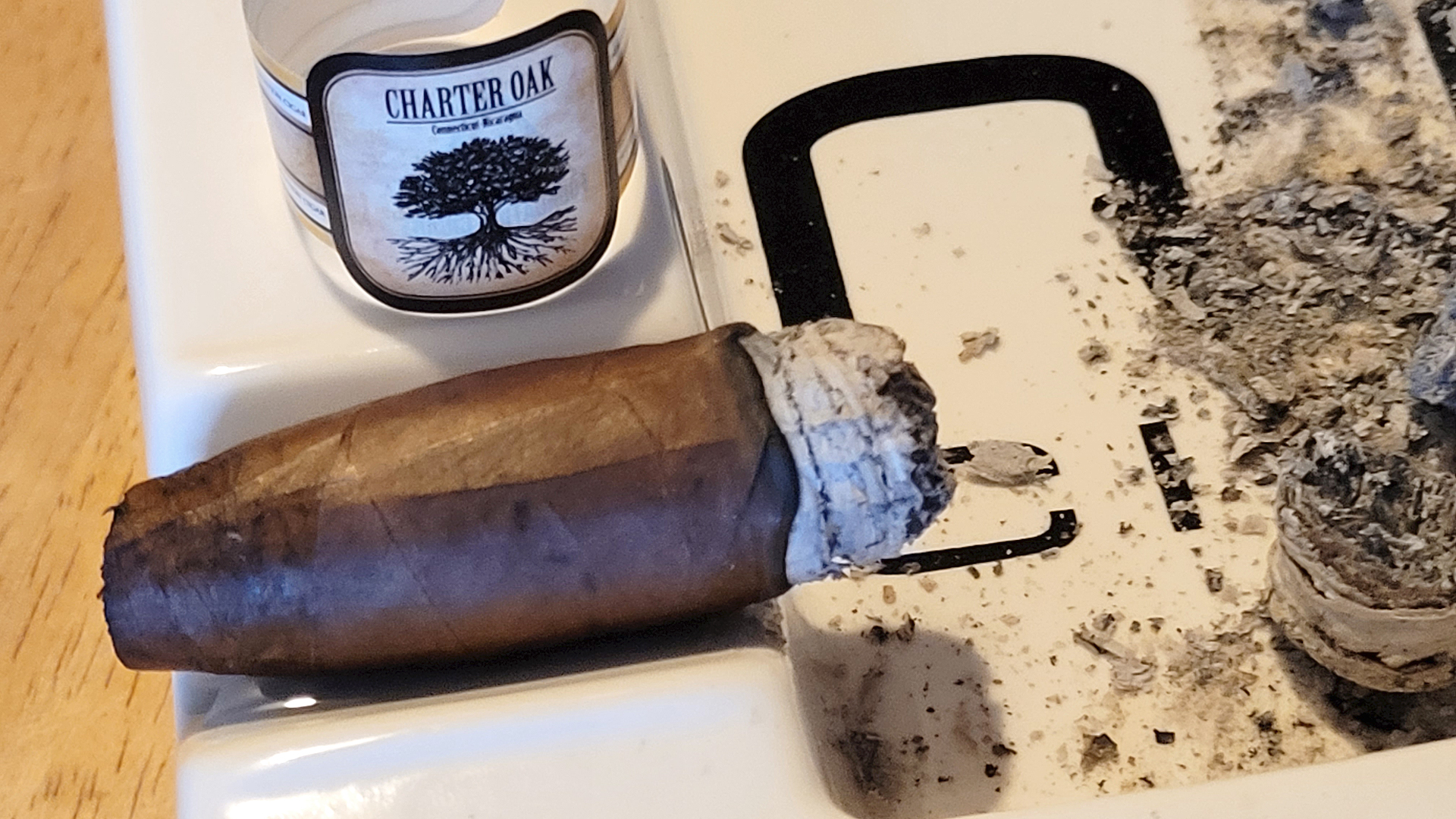 If you like your Nicaraguan cigars spicy, the Charter Oak Habano Torpedo deals it out in a very well-balanced, medium to medium-plus smoke that stays just shy of full-bodied territory. There is some appealing sweetness running through it that appealed to me, and the balance of flavors is spot-on. That said, I think newer cigar smokers should start with the Charter Oak Connecticut, then the Maduro to get comfortable with it, then hit the Habano. For the money, the Charter Oak Habano offers plenty of value, and I think this Habano selection will prove to be every bit as popular as its Connecticut-wrapper brethren.