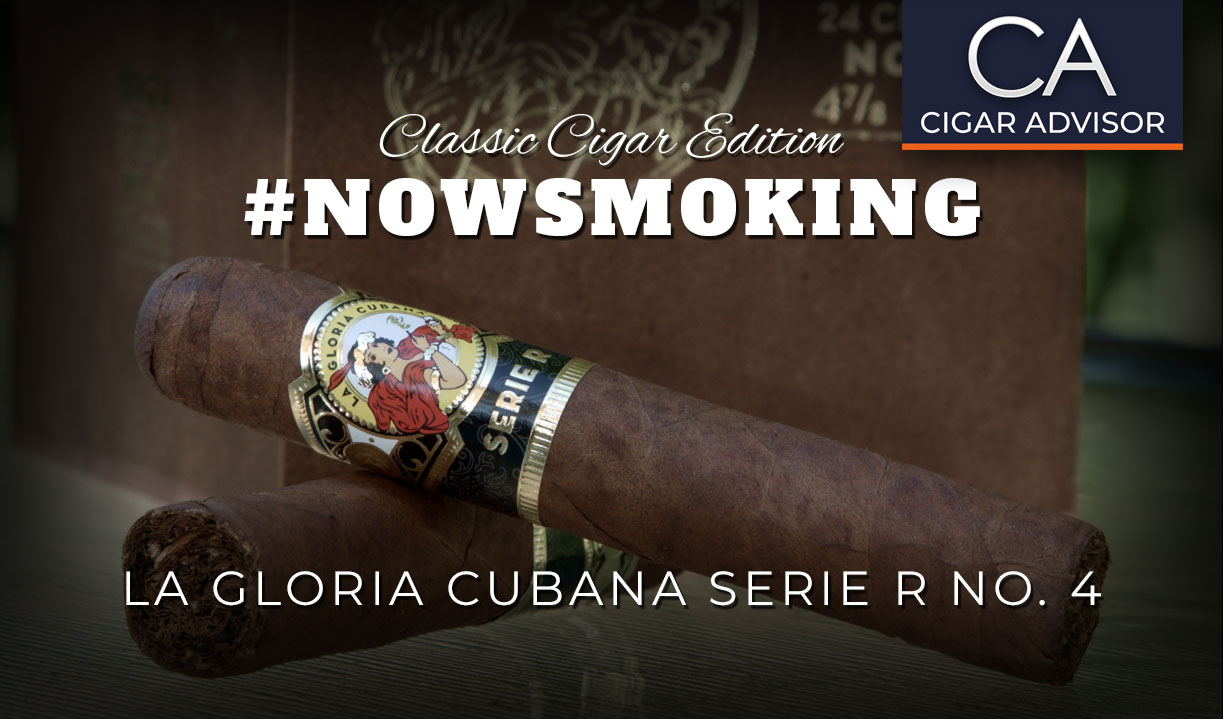 What’s the cigar’s back story?

To understand the La Gloria Serie R, it helps to know something about the history of the La Gloria Cubana brand. Introduced in Cuba in 1885, La Gloria Cubana cigars offered cigar smokers excellent flavor at a very reasonable price. Many years later, the Cifuentes family, makers of the historic Partagas cigars, purchased the La Gloria brand in 1954. Five years later, the Revolution caused production to cease, then briefly reemerged during the mid-1960s until Cifuentes sold the rights to Ernesto Perez-Carrillo Sr.

The Move to Miami

After that, La Gloria Cubana cigars were made at the Carrillos’ El Credito factory in Miami’s historic “Little Havana” district. The cigars were well made and sold well, too. But Ernesto Perez-Carrillo Jr., who had come to work with his father in 1976, felt there was something missing. 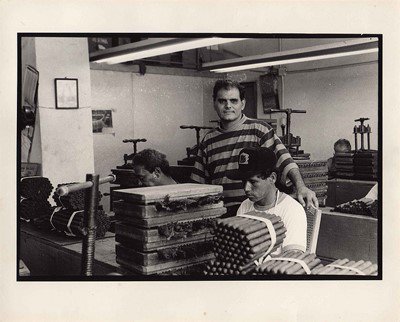 Ernesto Jr. took ownership of the factory after his father passed in 1980. And by 1983, he created an entirely new La Gloria blend made with a Nicaraguan-Dominican core and an Ecuador Sumatra seed wrapper. The addition of Nicaraguan tobacco gave the blend more depth and flavor. In many ways it was also a first for a Dominican-based cigar company. When the cigar boom hit in 1993, La Gloria became one of its leading stars, having received 90+ ratings from a new magazine, Cigar Aficionado.

The success of La Gloria Cubana caused Ernesto to open a factory in the Dominican Republic, also named El Credito. Ernesto and his family rode a big wave to fame and fortune, which continued even after Swedish Match, owner of General Cigar Co., bought the La Gloria brand in 1999. From there they got even more creative, and that same year the La Gloria Serie R series was released. 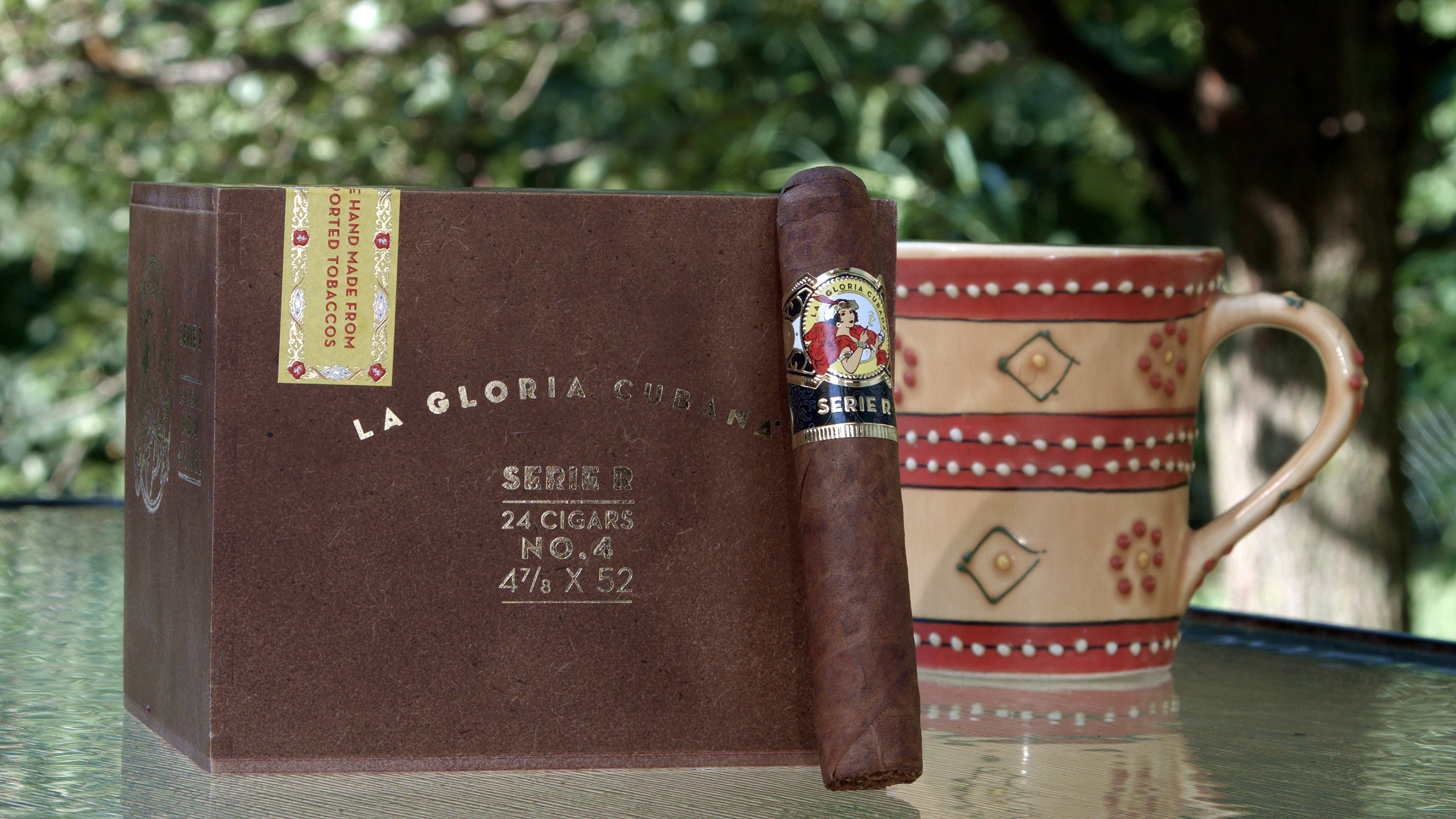 The R series implemented the use of Nicaraguan ligero and wider ring gauges. It was also the first line to introduce a 60-ring gauge. At that time cigar smokers were seeking cigars with more body and strength.  Marketed as “the ultimate in bold flavor,” the La Gloria Cubana brand hit paydirt once again.

Today, the man keeping the legendary brand thriving at peak performance is Yuri Guillen who oversees the blending and production of all La Gloria Cubana cigars. And as Tobacco Business magazine wrote: “Since its launch, La Gloria Cubana has pushed the envelope and challenged the boutique cigar category. . .the time-honored traditions and techniques that helped push La Gloria Cubana to the forefront of the boutique cigar market have remained the same, helping to build the brand’s notoriety and El Credito’s lasting legacy in the tobacco industry.”

As good as it gets from La Gloria Cubana. The silk foot band also gives it some added elegance. Well-crafted with an attractively oily wrapper, no soft spots, and a well-fashioned triple cap that cuts easily. Cold draw flavors were leathery, woody, and a little sweet. The cigar’s 52 ring also felt comfortable and balanced in my hand. 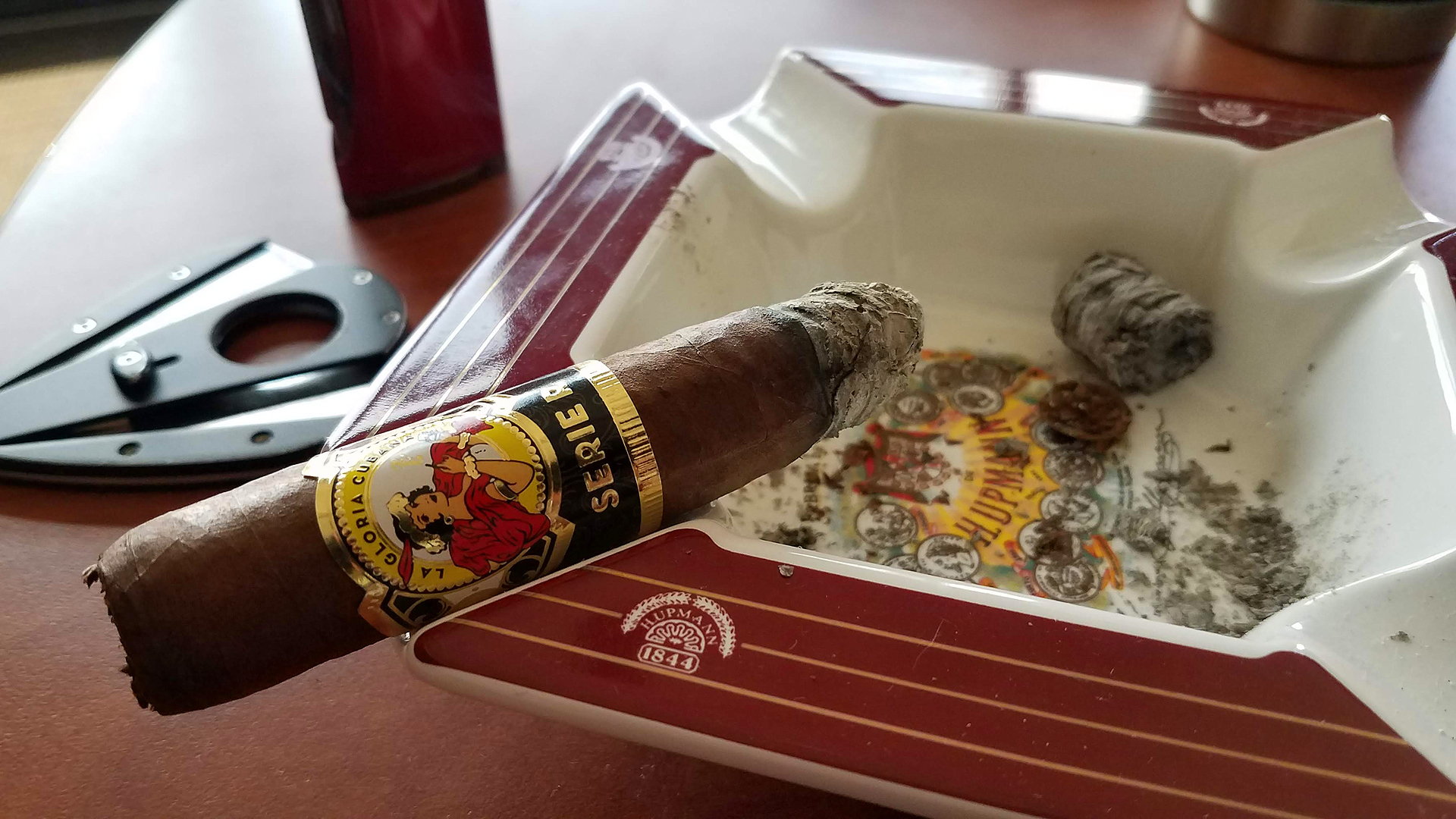 Beautifully. The smoke is smooth and mostly medium in body to start. Flavors of cedar and sweet tobacco are first out of the chute, followed by some peppery nuances. Once the cigar got going, the flavors came in waves. Woody and sweet, then a robust peppery spice mix. The body does shift from medium to medium plus, but never travels that far into full territory. The ash is plenty firm, and I had zero burn issues. A retrohale offered more pepper, but for the most part, my Serie R No. 4 was very pleasurable. 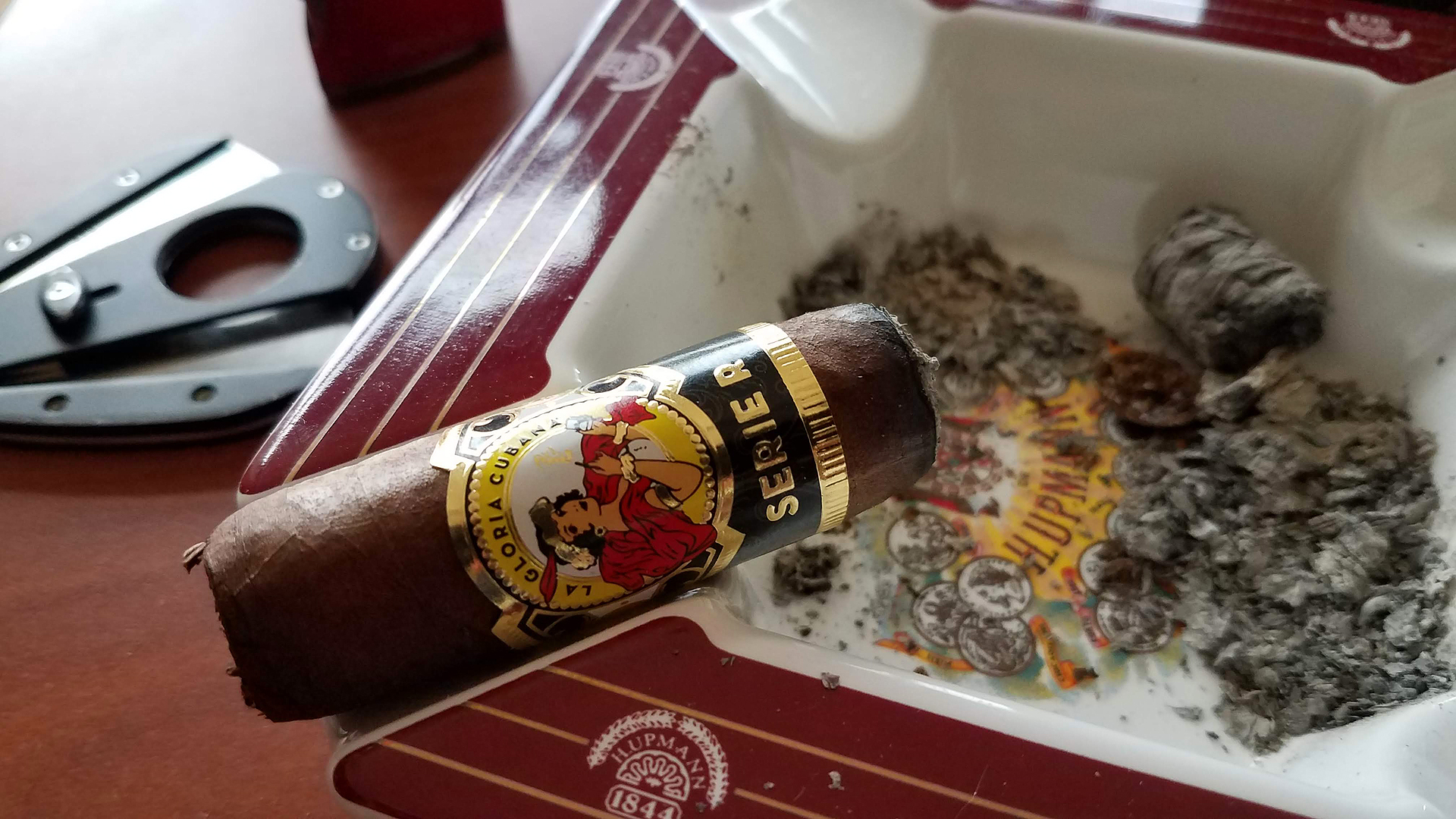 As noted above, the body and strength are more reserved in character, but the cigar has a lot to offer in flavor. Mostly cedary with some salt, leather and prominent notes of sweet spice. An undercurrent of coffee bean entered the fray at the midsection for a nice addition, too. All of the flavors were well–balanced, and I was also impressed with the way the cigar changed character in fairly even intervals throughout. 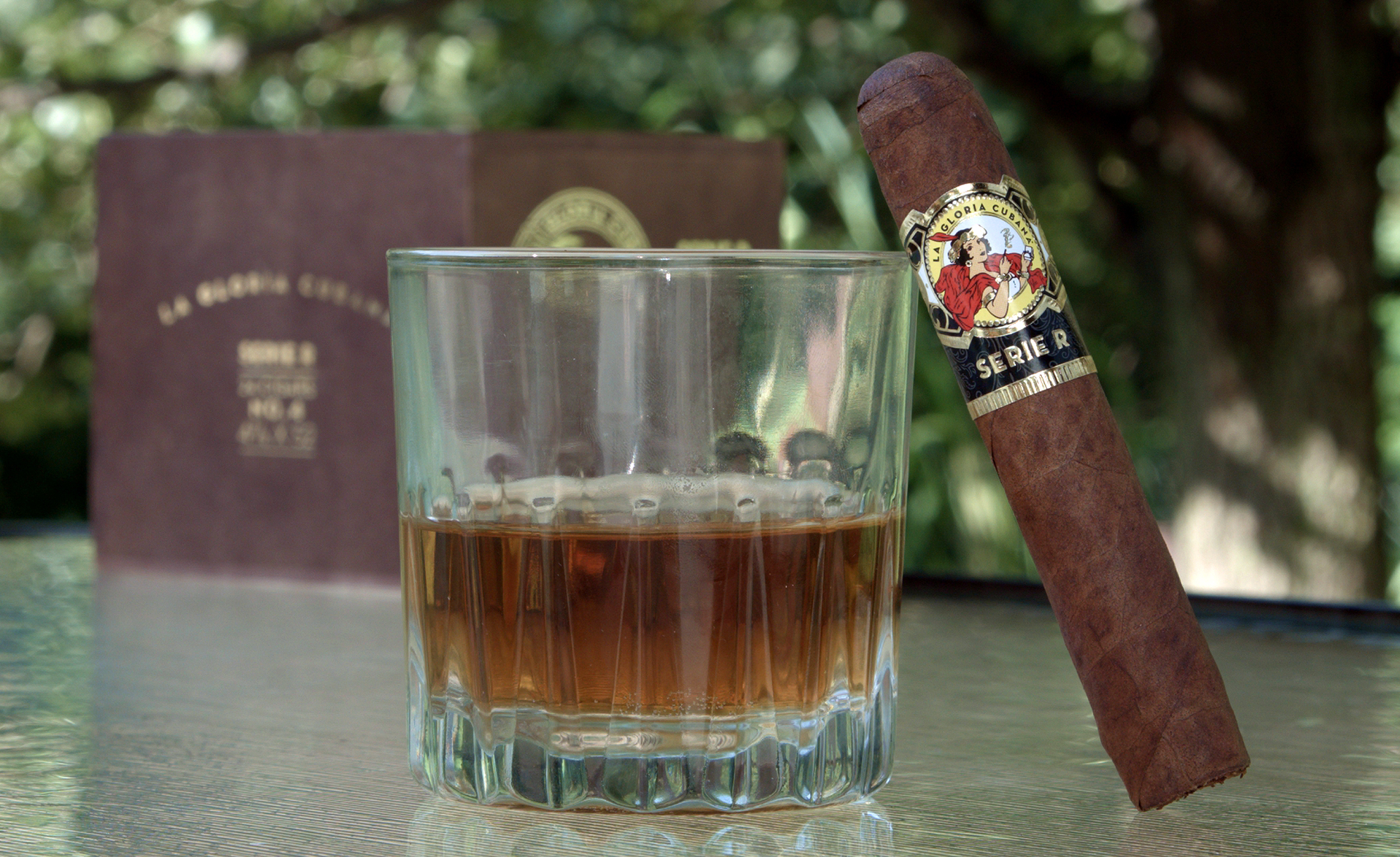 The La Gloria Cubana Serie R No. 4 is a natch match with a good bourbon like Bulleit or a single malt like a Balvenie DoubleWood 12 Year. You could go rum, too, but not too sweet. 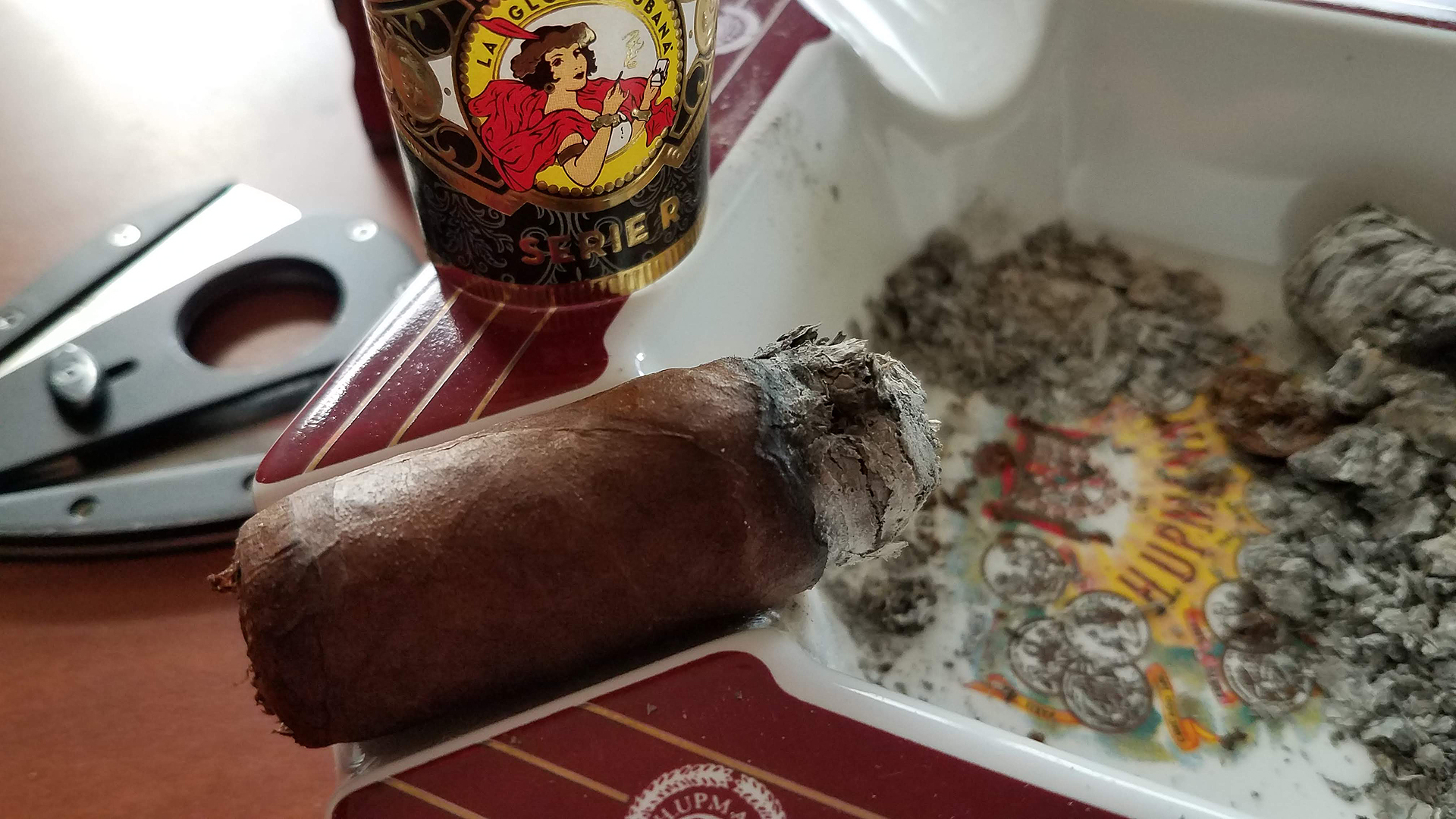 The La Gloria Cubana Serie R No. 4 is not as “bold” as many of today’s full-bodied Nicaraguan-forward cigars. In 1999 it was an ideal prescription. And it still hasn’t lost its luster, but you can also see why General built the “R” series out with even more full-bodied iterations. Yet, for newer cigar smokers, it continues to provide a gateway to the bolder La Gloria blends that followed. Even more experienced smokers who simply want a consistently flavorful, medium to medium plus smoke will get a lot of satisfaction from this Robusto.

Read More
Cigar Humidification
There's more to keeping cigars fresh than tossing them in your humidor and closing the lid. Get these 5 cigar humidification must-knows, and learn what to use and why - along with why where you live plays a role in your cigar's well being. Easy pointers on keeping your cigars in tip-top shape: click now!
Read More