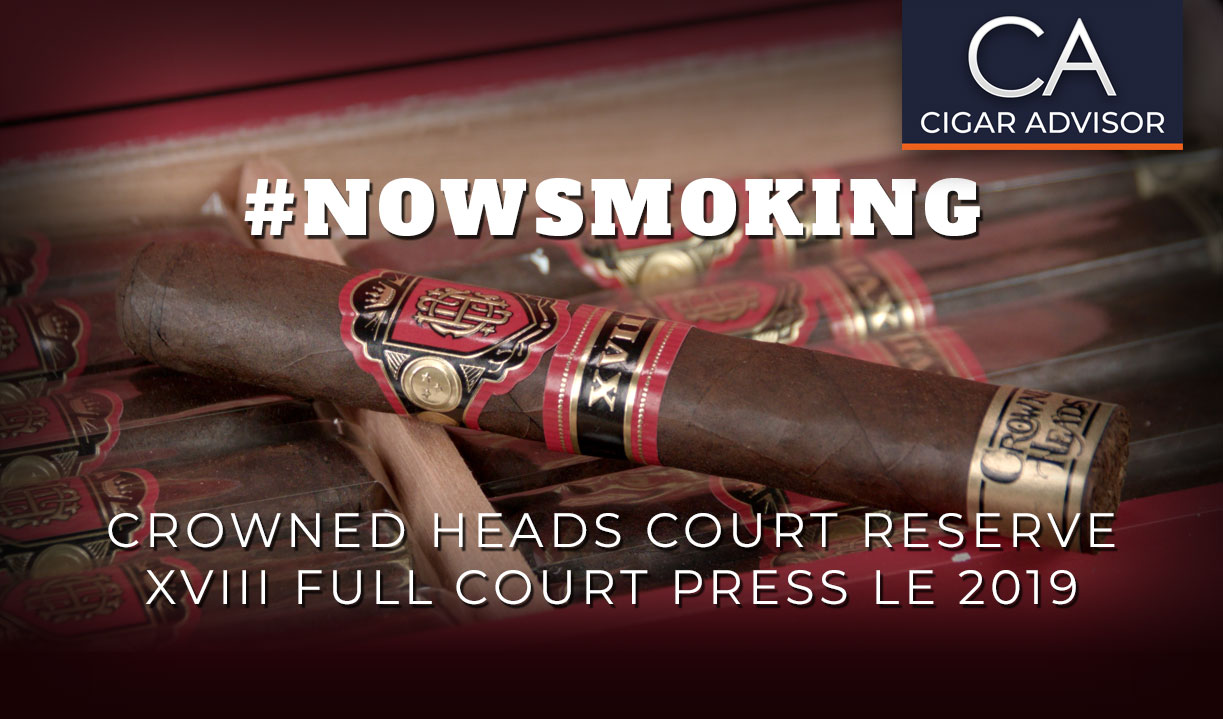 What’s the back story?

The box-pressed cigar was blended by Ernesto Perez-Carrillo, and rolled to only one size – a 5 7/8 inches by 52 ring Toro – and is rolled with the same tobacco blend as the original Crowned Heads Court Rsv. XVIII. The capa is a Mexican San Andrés maduro wrapper over an Ecuadoran binder and filler leaf from Nicaragua. Rolled at Perez-Carrillo’s Tabacalera La Alianza S.A. factory in the Dominican Republic, the cigars are presented in 12-count boxes, and only 1,700 boxes were released.

So, where did the inspiration come for the Full Court Press?

“The idea came to me last May during the NBA playoffs,” said Crowned Heads Cigars co-founder, Jon Huber. “Initially, I tossed the name out there somewhat as a corny double entendre, but the more I thought about it the more I liked the idea of releasing a box-pressed expression of CHC Reserve. Once I smoked the sample it was a no-brainer to go to production.” 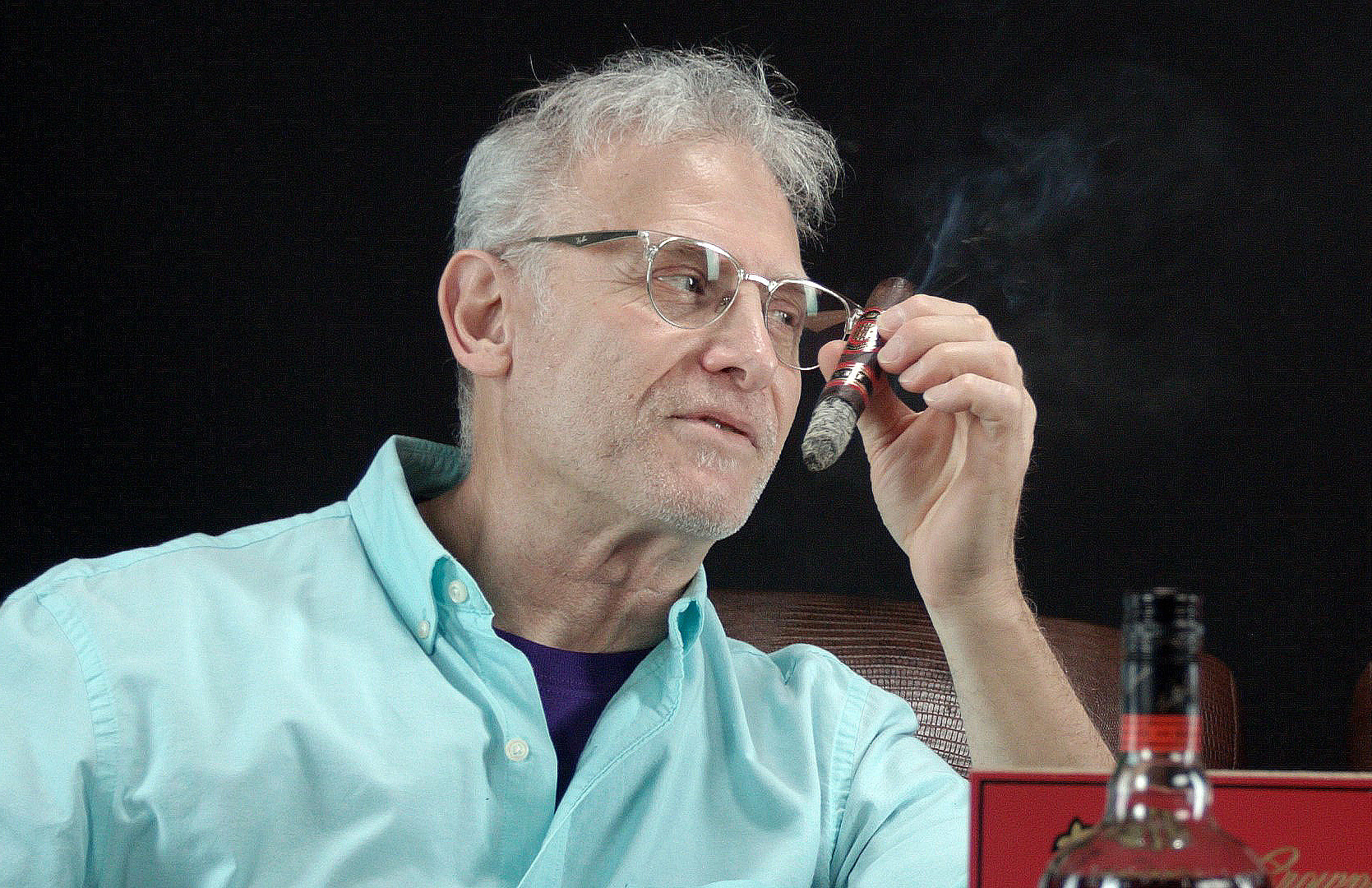 The Court Reserve Full Court Press LE 2019 boasts an excellent box-pressing that’s just shy of sharp, and has a solid, comfortable feel in the hand. The wrapper is dark, smooth, even in color, and capped with a neat triple seamer. The draw was on the firm side, but the smoke flowed easily. The cold draw notes were mostly nutty with some sweetness, and a little tanginess.

Earthy and sweet out of the gate; some tanginess, pepper and charred wood notes for John, and a good volume of chewy smoke. As Act I ensues, the cigar gets a little sweeter as flavors of orangey tanginess, earth, and wood form a circle around the sweet tobacco and spice. The cigar showed some nice complexity in this early stage. 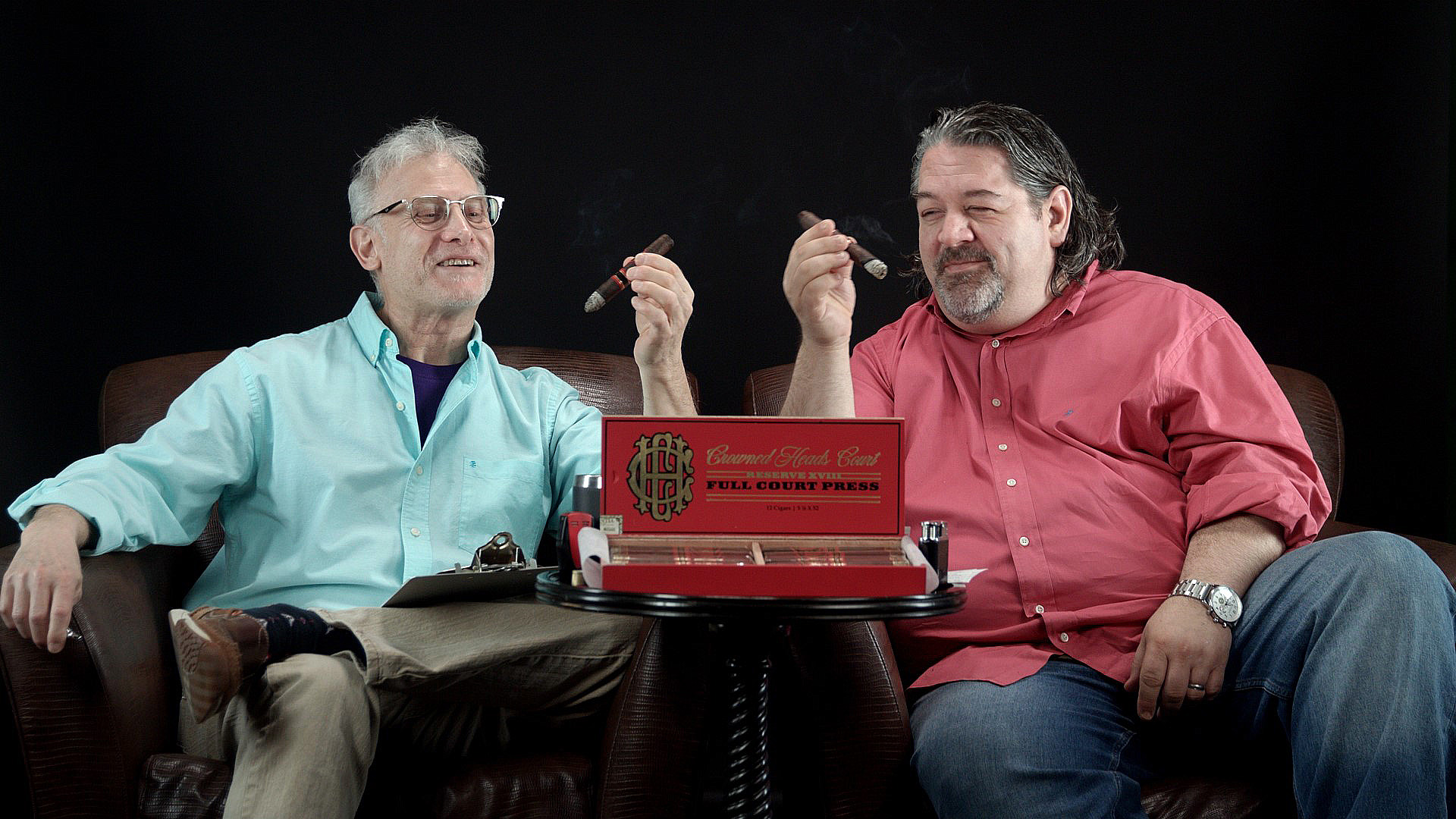 The burn was dead even, and the ash was one of the most gravity-defying we’ve seen. More earthiness arrived in Act II, along with an increase in body. John found less sweetness at this juncture, but we both agreed that the smoke was well-balanced and exceedingly well-rounded, like a ‘plush, velvety ball of flavor.’ 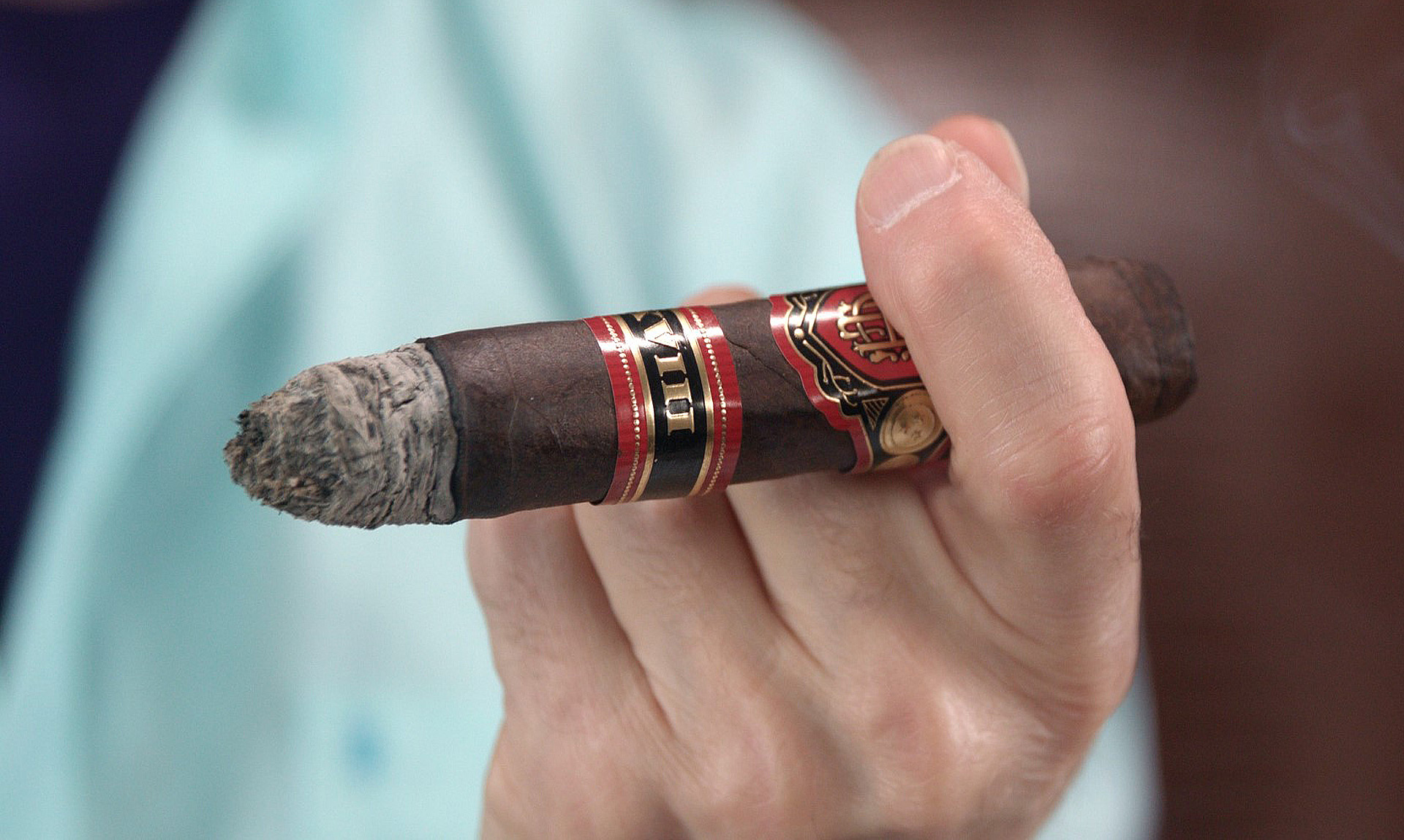 By Act III, the cigar continued to burn evenly and produce long, firm ashes. Sweetness also returned to the mix, while the nutty and woody elements remained consistent. The cigar was in high gear for what totaled-up as a very lush and well-rounded smoke.

We paired our FCPs with Old Forester 100 Proof Kentucky Straight Bourbon Whiskey, which  appeared to be a pretty good match. The whiskey has good legs, and goes down real smooth. When paired with the cigar, the palate acquires a velvety feeling while the sweeter elements are accentuated.

Let’s put it this way—we couldn’t charge this Toro with any fouls. From its regal appearance, to its exemplary burn and ash, to its vivid mix of flavors that pull together like a championship team, the Court Reserve Full Court Press LE19 is outstanding in every respect. Suffice it to say, it scored highly with us.