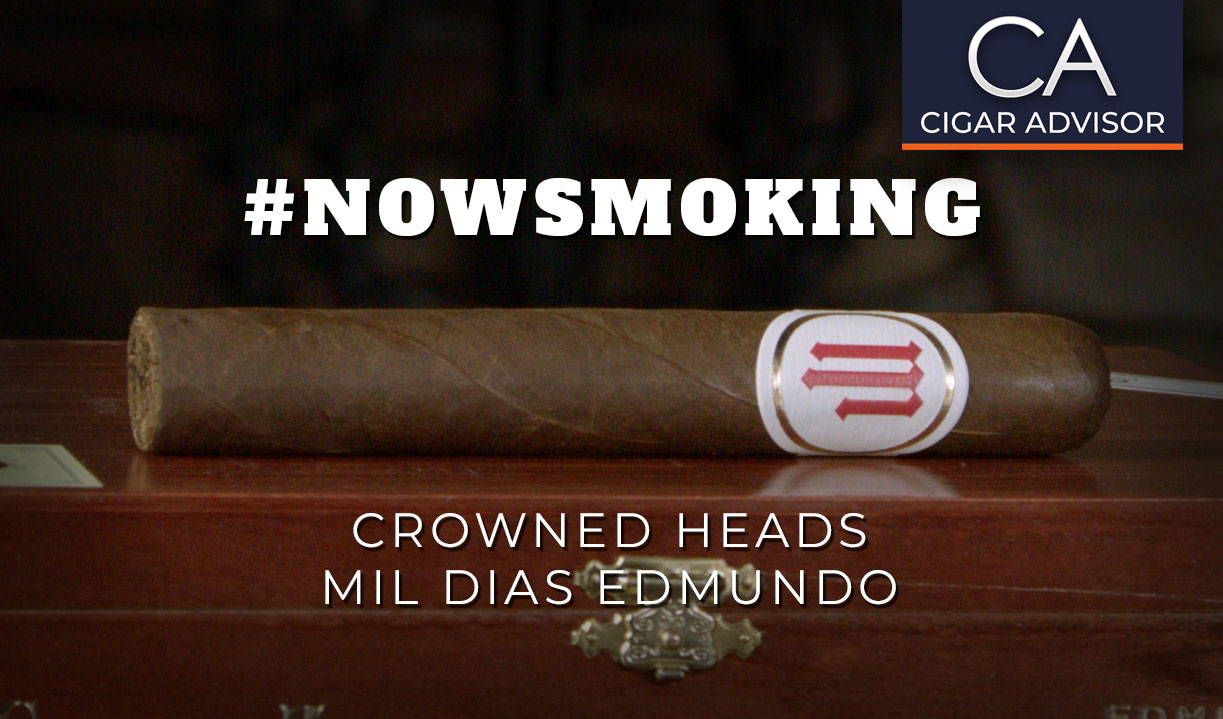 They say it takes 10,000 hours to become an expert in any given field. That may or may not be true. But for Mil Dias, it took Crowned Heads and Tabacalera Pichardo 1,000 days to perfect their second project together. Their first project was Juarez by Crowned Heads, which Cigar Advisor reviewed last year. 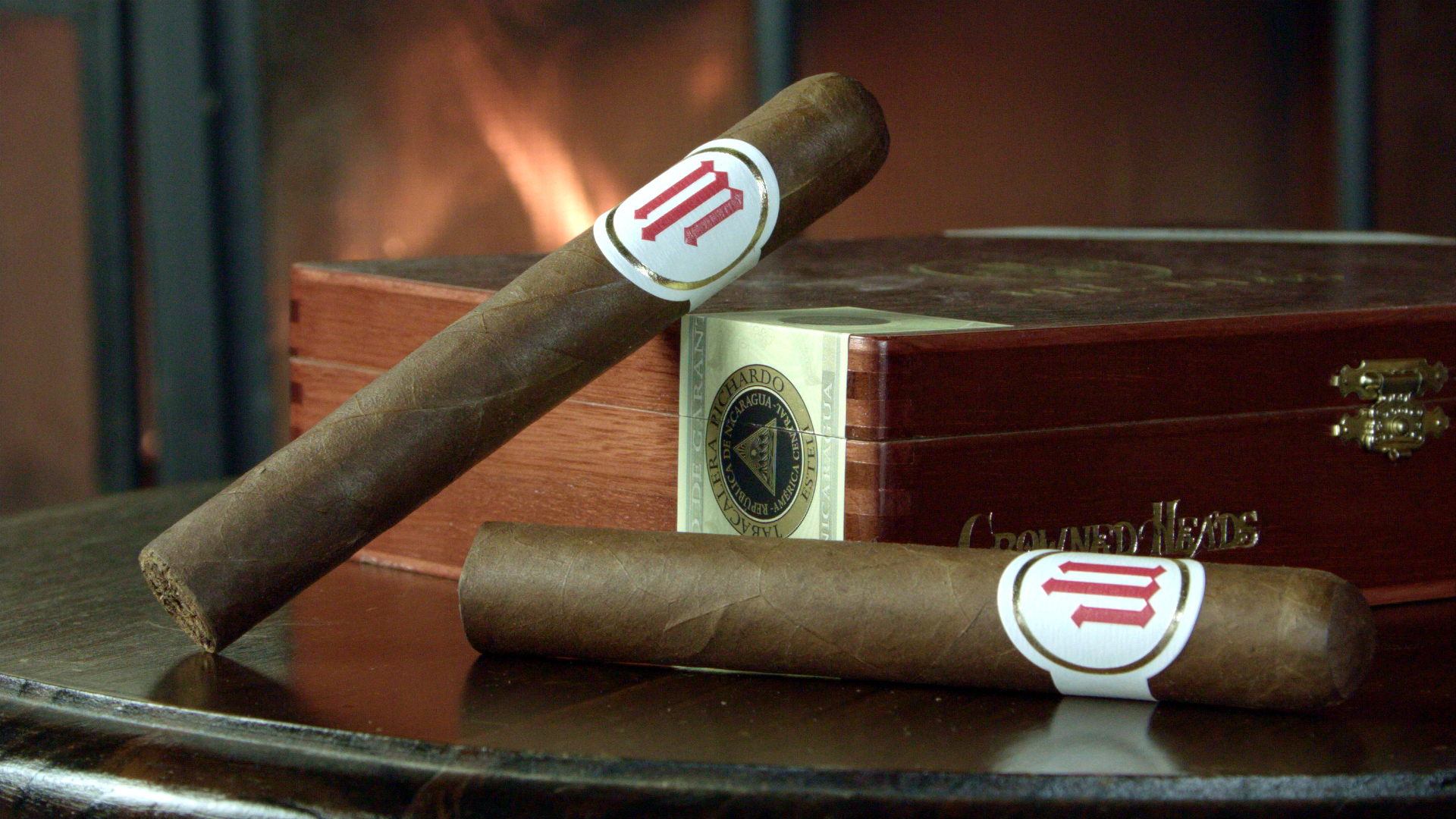 “I was very impressed with those initial samples and I felt the blend had tremendous potential,” said Huber. “Little did I know that those samples would take us on a nearly three-year journey of blend exploration and experimentation.” 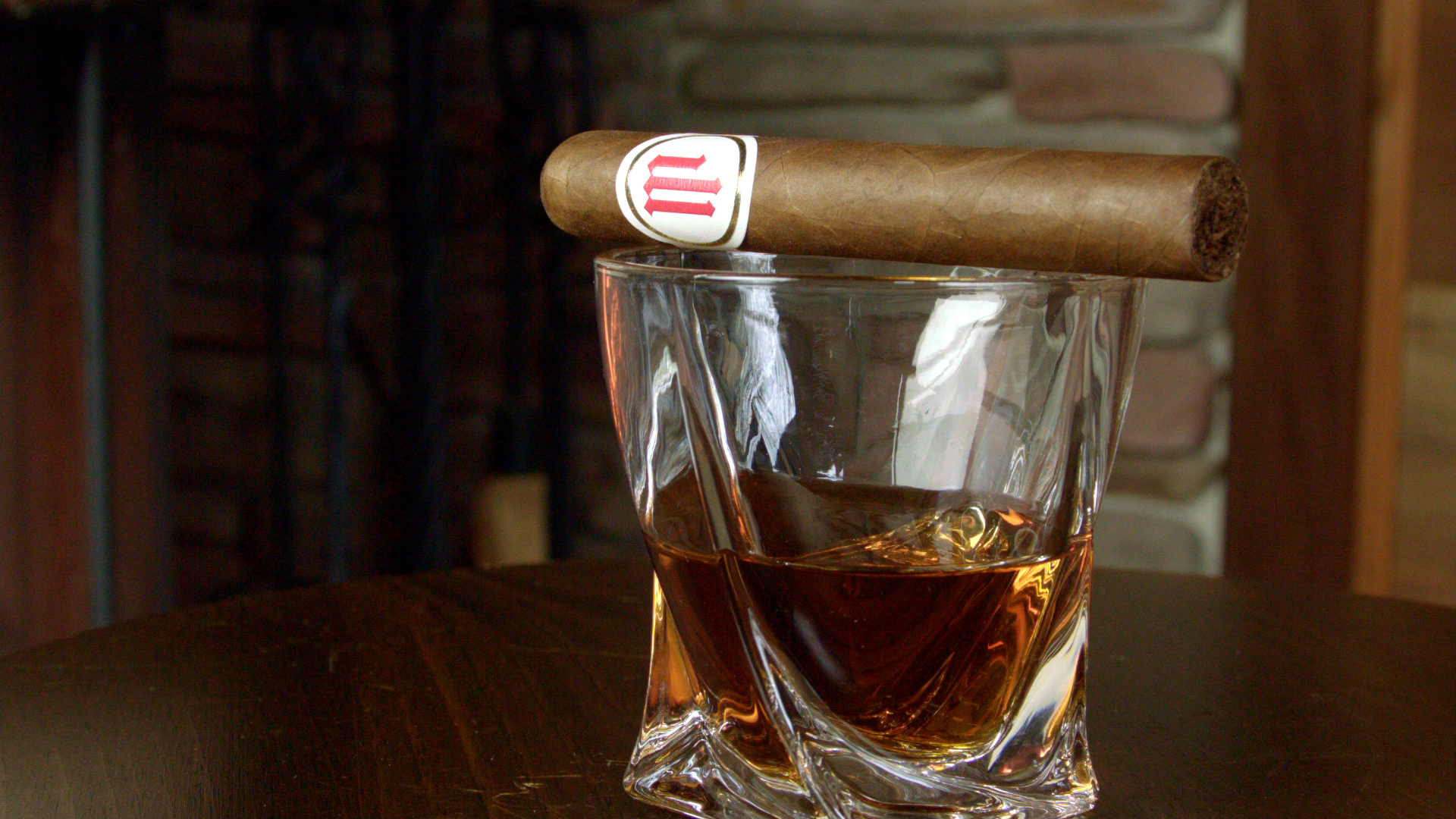 And so, Mil Dias, which means “one thousand days” in Spanish, finally arrived on cigar store shelves in August of 2020. That’s somewhere in the neighborhood of 1,000 days.

“To create a blend and innovate you need to take risks beyond conventional thinking,” said Meirelles. 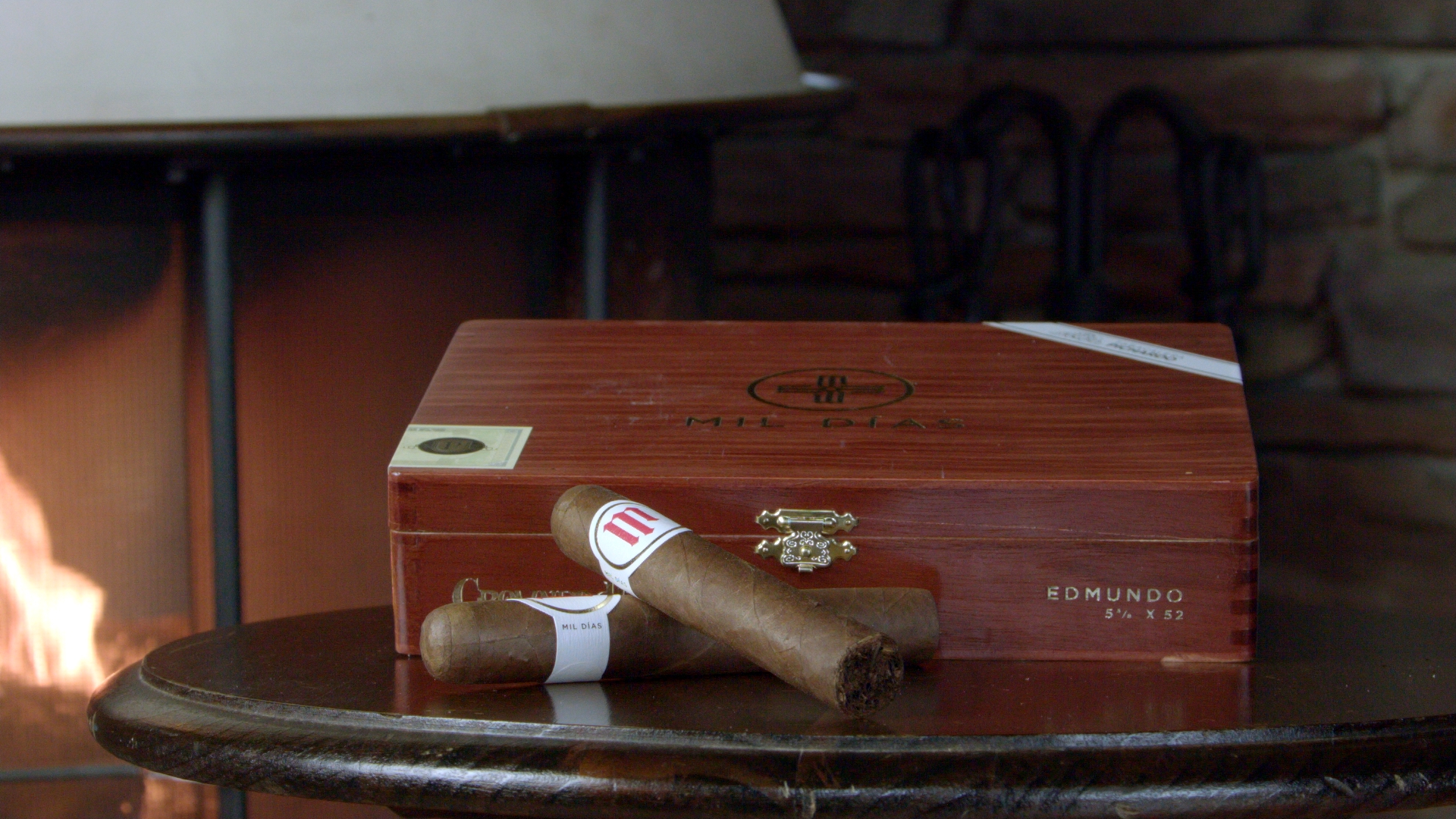 “When Luciano had me try his first blend of Mil Días I knew right away we had something magical,” added Eradio. And I’m excited to have Crowned Heads release this fantastic cigar.”

In addition to the Edmundo reviewed here, Mil Dias by Crowned Heads cigars are also available in the following sizes: 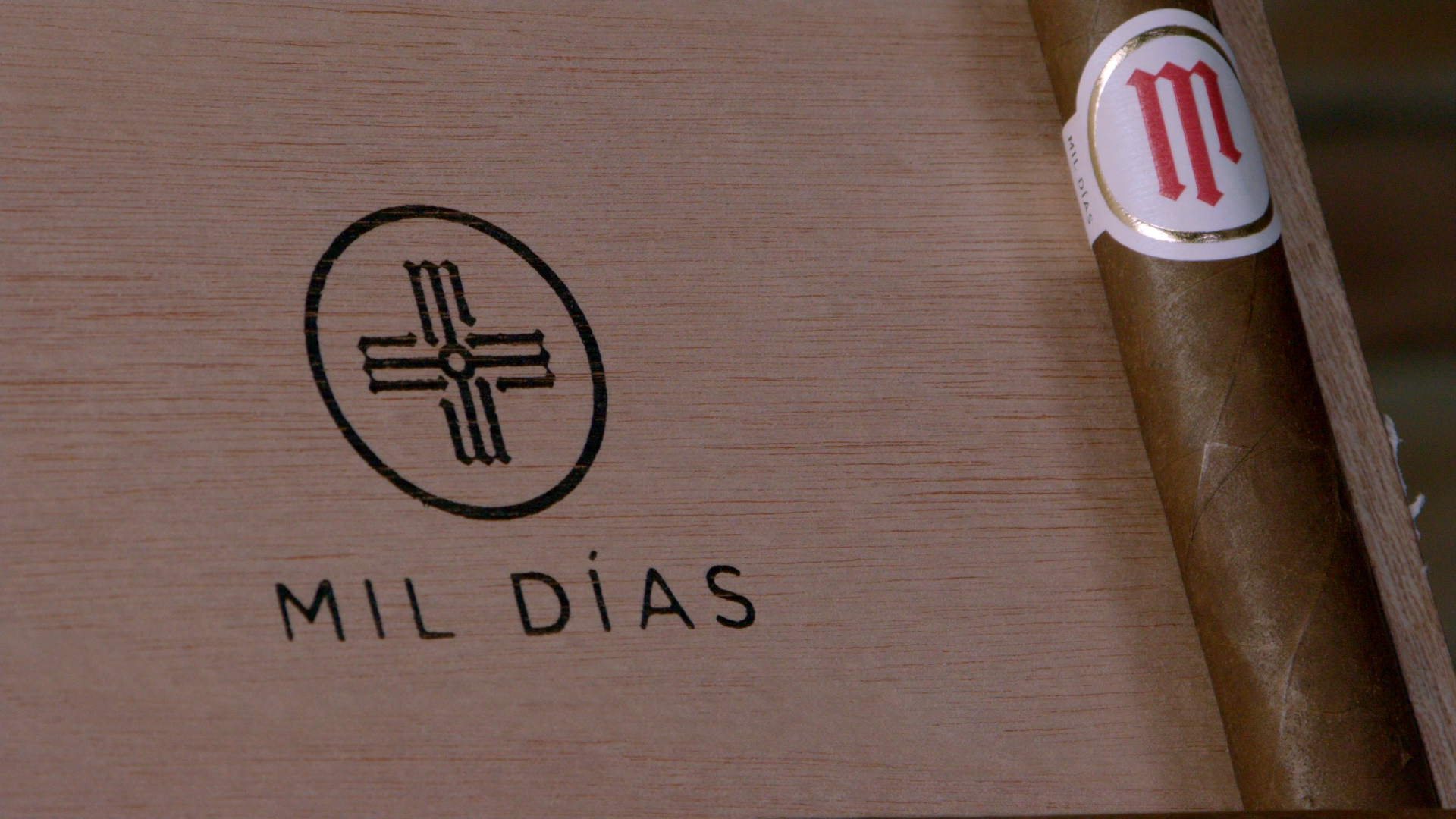 And finally, here’s a neat little observation: The cross-shaped logo on the box is made up of four ‘M’s, which represent the ‘M’ in “Mil” and the Roman numeral for 1,000.

About as good as it gets. The red, white, and gold band really pops against the Edmundo’s caramel colored wrapper, which is even throughout. It also has a plush, oily sheen, and the triple cap is faithfully applied. The Edmundo is also evenly packed along its entire length and the seams are hard to track. The cap clipped off in a perfect circle revealing a tart and raisiny prelight. The initial puffs are smooth and cool with a mix of sweet tobacco and white pepper. 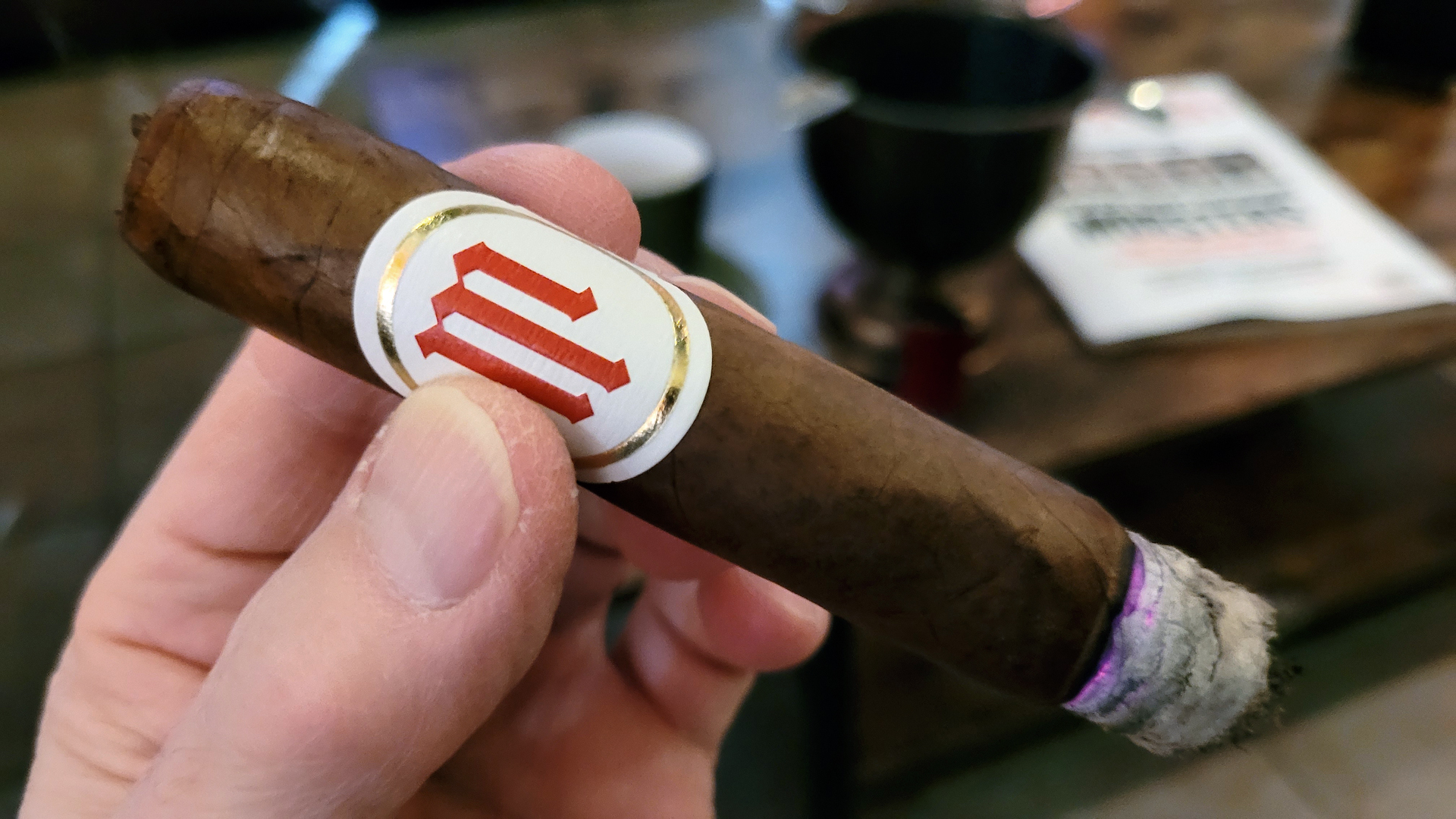 The smoke is dense and sweet with underlying pepper. Retrohale is very peppery in the early stage. So far, the smoke is creamy smooth and chewy. I’m getting mostly sweet tobacco, tart fruit, and baking spice. At the one-inch mark the retrohale has retreated a bit. Still peppery, but not overbearing. For now, the baking spice seems to dominate, underscored by hints of oak and earth. I was hoping for more of the raisin flavor. The body is medium. 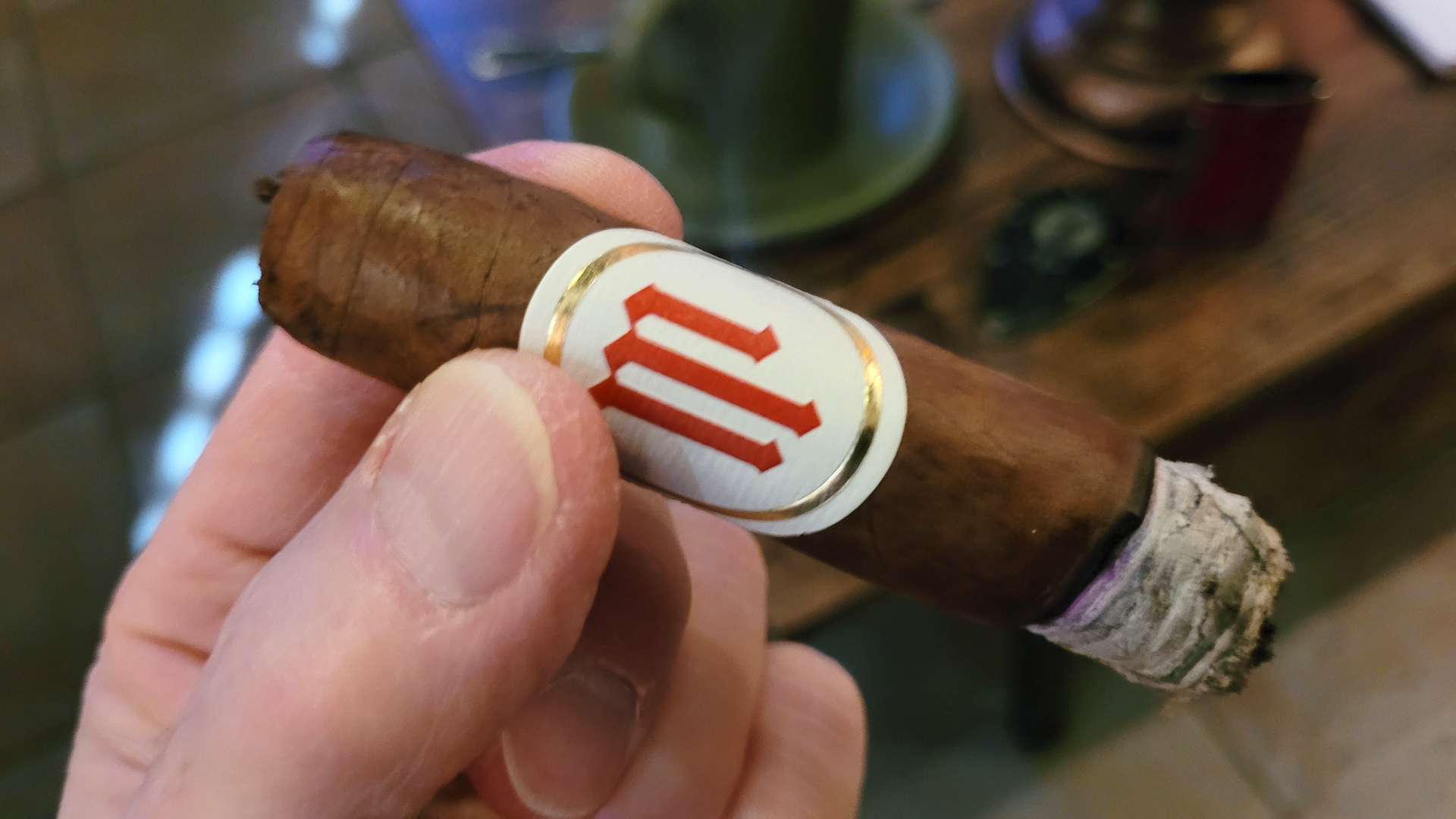 I sense that the proverbial “sweet spot” is near. The flavors have become better defined and the body is now medium-plus. The baking spice, tart sweetness, and oak dominate, while the pepper is lighter on the finish. The smoke remains rich, chewy, and well-balanced. I think I sensed a current of very dark chocolate go by several times. There was also an appealing spice scent in the aroma that I hadn’t picked-up on earlier. 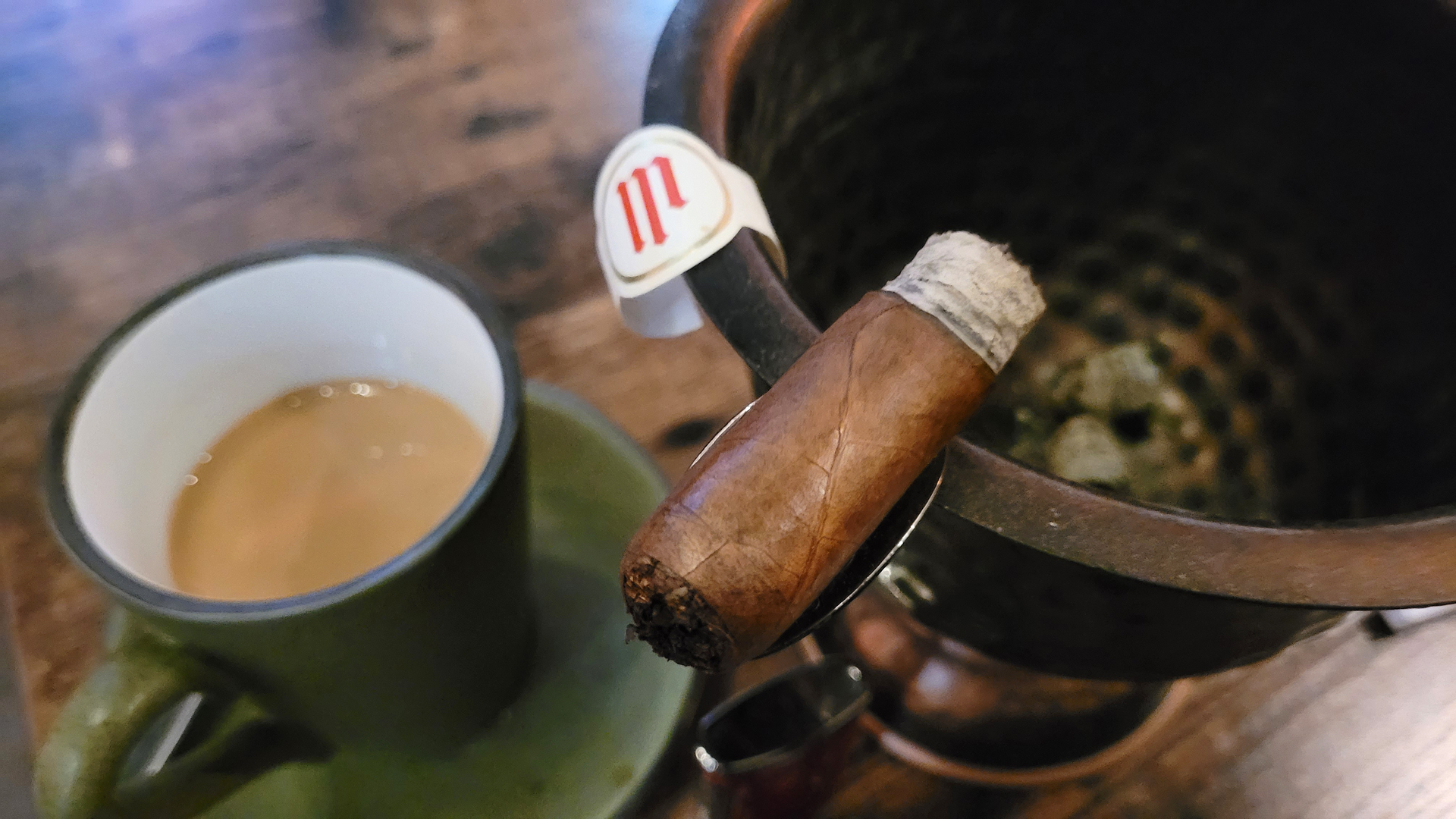 Similar to Act II in flavor attributes, but solidly in the full-body zone. The cigar tastes more earthy, as oak, spice continue. Plus, the aforementioned current of dark chocolate is a hint more bittersweet. I smoked it down to about a one-inch nub, where it was pretty bold, but not sour. 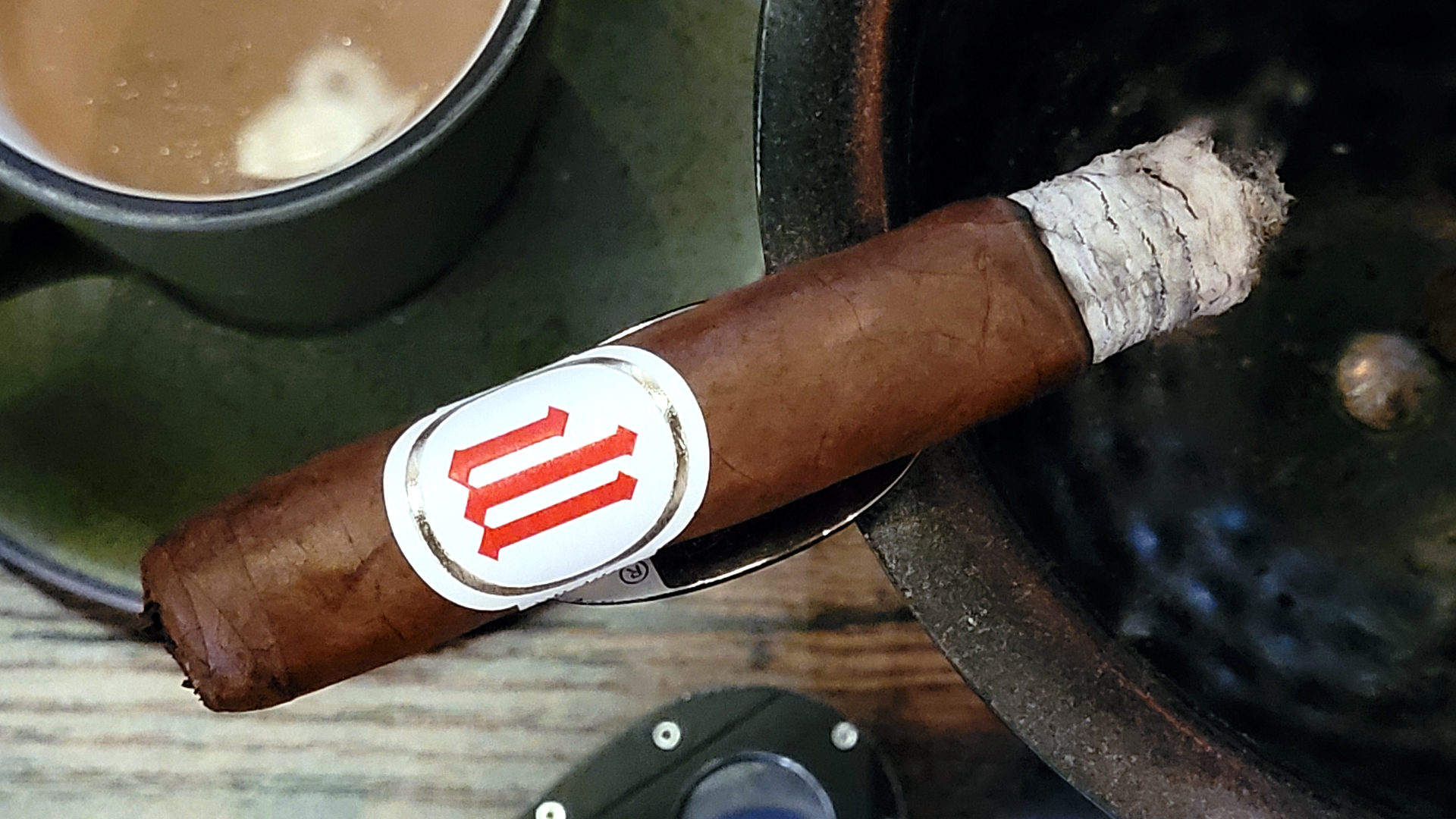 Our whiskey expert recommends the 14 or 15-year-old Glenfiddich, or a Glenlivet. He felt that with the cigar being “such a smooth and almost sophisticated smoke,” most bourbons would overpower it.

Final Thoughts. . . I found the Mil Dias Edmundo very enjoyable. I also like how CHC and Pichardo went outside the Nicaraguan box by using the Peruvian and the Costa Rican fillers. It’s balanced and full–bodied with a profuse spicy-woodsy complexion. 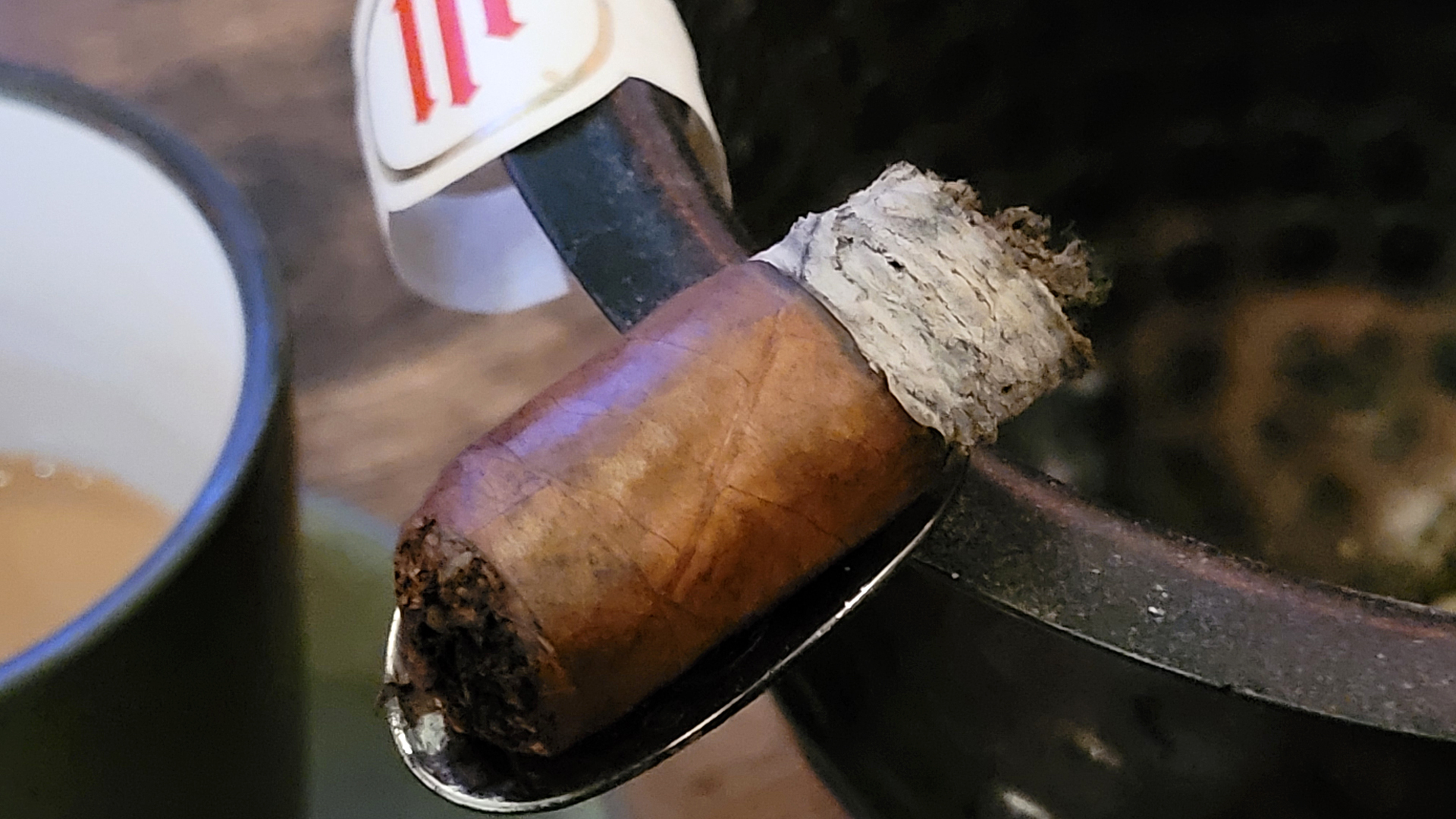 The cigar burned evenly, so no touch ups required, and the ash was impressively firm. Patience really paid off for this blend. (You may also want to try the limited edition Mil Dias Mareva.) If this is what we can expect from this new Crowned Heads-Tabacalera Pichardo relationship, I’m eager to see what’s next.

Reading Time: 4 minutes Gary and Jared are livin’ the life in this Viva La Vida Box Pressed Toro: made expressly for Famous Smoke Shop with the same blend as the original Viva La Vida cigars, it’s a one-size, box-pressed vitola. The question is, how does it compare to the parejo version? Click now and see!

2021 Top Ratings Roundup: Best of the Best – The Top Rated Cigars by Size