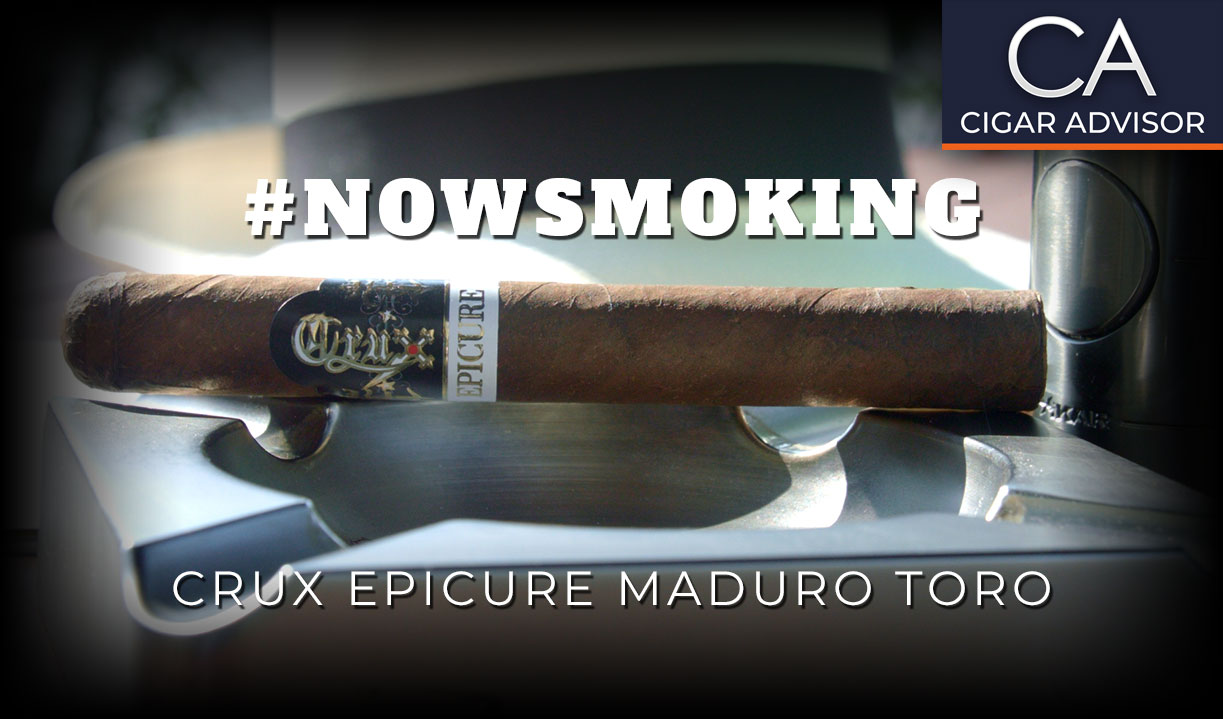 Entering the premium cigar marketplace in 2014, Crux Cigars have dedicated themselves to producing the high quality, artisan-style cigars in a wide variety of strengths and sizes. Founded by Jeff and Casey Haugen, the company is built with superb craftsmanship and the tastes of the cigar smoking community in mind. In other words, there’s a Crux Cigar for every cigar smoker at every level of experience.

The Crux Epicure Maduro is the follow-up to their highly-rated Epicure selection, which features a red band. Blended by A.J. Fernandez at his factory in Estelí, Nicaragua, the long-aged Nicaraguan filler and binder core are draped in a dark, toothy Mexican San Andres leaf for a medium-full smoke, which has “all the richness and complexity we have sought after.”

Recently, Crux gave their company logo and packaging design a new look, so it is worth noting that the Epicure Maduro Toro shown here features the original graphic design.

Exceptional. The wrapper is dark, leathery, a bit toothy, and expertly rolled with a well-fashioned cap that clipped-off in a perfect circle. The cigar is firm throughout, and feels comfortable in the hand. Smoked on a very breezy morning outside, it also held up extremely well to the elements.

The pre-light flavor had a note of cocoa or mocha, and once lit, similar notes carried through accompanied by black pepper. The cigar put out a good volume of smooth, creamy smoke all the way through. The flavors were tightly-knit, underscored by well-defined layers of earth, sweet tobacco, and pepper. I was also impressed by its dead-center balance from top to bottom.

When you read a manufacturer’s description of their cigars, they try to give you a pretty good idea of what to expect in terms of body, flavors, etc., yet your experience will often vary. But in the case of the Crux Epicure Maduro Toro, the flavors were pretty much exactly as described: “notes of rich mocha, cedar, earth, and black pepper.” (I sensed something more like cocoa, but close enough.) 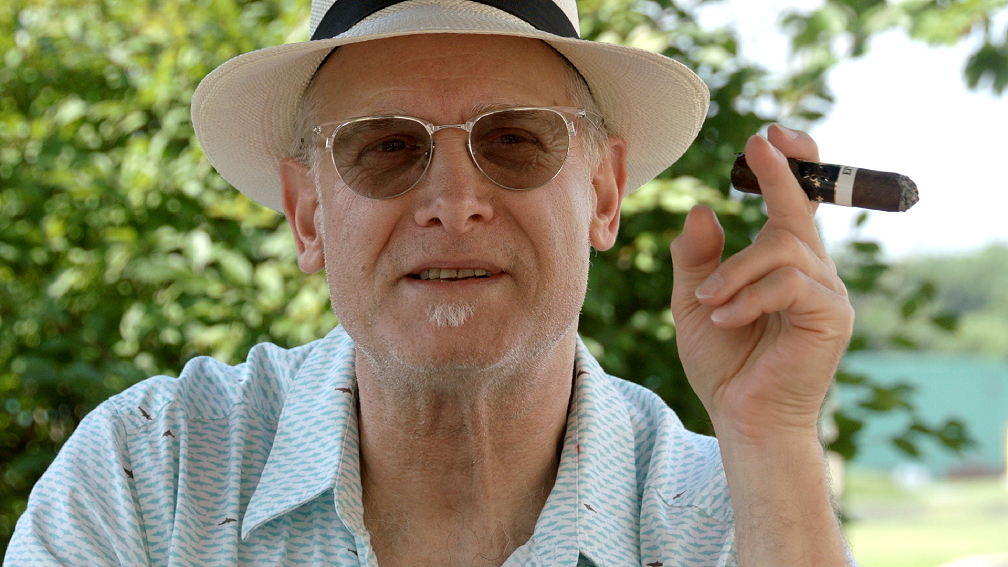 As noted above, the flavors were perfectly balanced on a long finish that sizzles with black pepper. The pepper laid-off slightly in the latter half, more like white pepper, and wasn’t as zesty in the retrohale, but it never left the stage. That said, it did produce an enjoyable juxtaposition between the sweet tobacco, mocha/cocoa, and cedar flavors.

Not in terms of any major change-ups, but, I’ll take a cigar that has a good mix of well-balanced flavors that I like all the way through, over a cigar that reveals different flavors along the way, some of which I may not like.

In the video, I paired my Epicure Maduro Toro with iced coffee because it was a hot morning. Regular coffee would probably do just as well, but a mixed drink later in the day like a Mojito, or an Old Fashioned the evening would do this cigar justice. For straight drinks, bourbon, or a dark añejo rum. 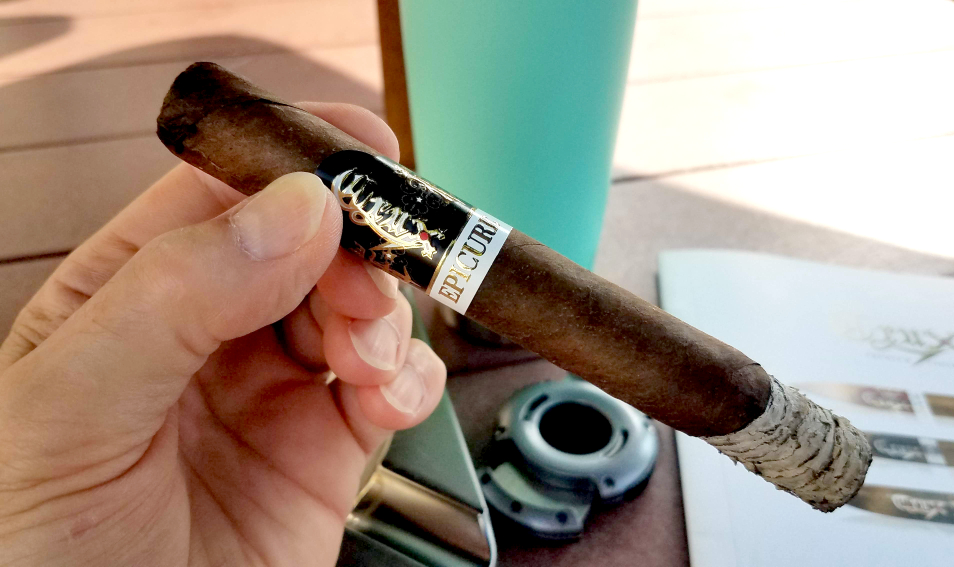 I have to go with more experienced cigar smokers for this one, mainly for its fuller-body. Besides, it could be a bit heady. I got some of that sensation after I stood up from the table; then again, I smoked it early in the morning. Yet, if some newer cigar smokers feel they’re ready to leap into a robust Nicaraguan blend with an appealing flavor profile, go for it.

For the cigar smoker who wants a no-nonsense, AJ Fernandez blend with a dark, sweet-spicy and earthy character, since they come in a box of 10, I’d say go for the whole lot. Personally, I prefer cigars without such a long peppery finish, but I would reach for another, especially in the evening to contrast with my morning experience.

2019 CA Report: 10 Top Sleeper Cigars You Need to be Smoking