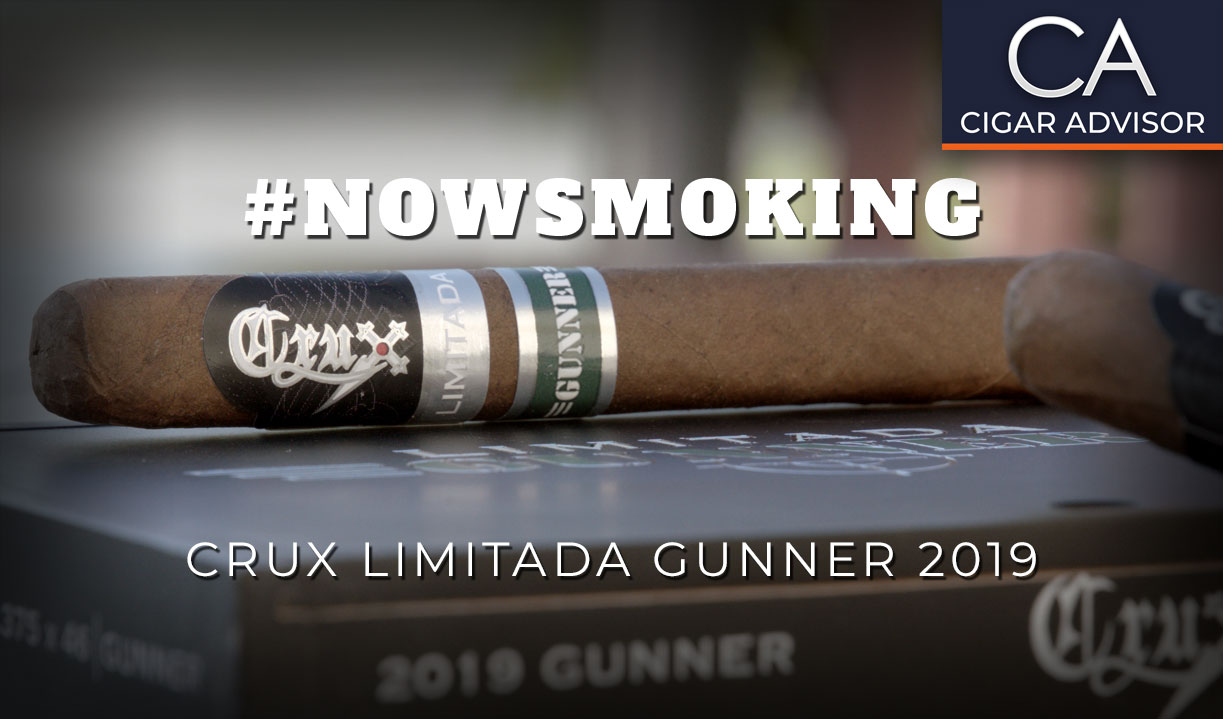 Released annually in limited quantity, the Crux Limitada Gunner is highlighted by a proprietary Nicaraguan Engañoso wrapper grown exclusively for Crux Cigars by Plasencia. Named to honor the men and women of the U.S. military who serve around the world, Gunner is the fourth addition to the Limitada Series. Rolled and box-pressed to 5 3/8″ x 46 Corona Gorda format, the core blend consists of a Connecticut Broadleaf binder that cloaks Dominican and Nicaraguan long-fillers. Presented in boxes of 10 cigars, only 1,000 cigars will be produced each year.

[ED. Note: I incorrectly stated in the video that the Gunner was a Nicaraguan puro.]

Impeccably. The Engañoso wrapper is so clean and even in color it looks like it was painted on. In the light you can even pick up a splash of red tint coming off of it. The box pressing is nice and square with edges just short of sharp. The cigar is also well-packed throughout with nary a soft spot in sight, seamlessly rolled, and fashioned with a triple seam cap.

Beautifully. My sample tended to burn a little faster than John’s; then again, I was getting more of a breeze. We both agreed that the cigar burned evenly with just the right measure of smoke volume, and revealed firm salt & pepper ashes. The cigar started out medium in body and strength, transitioning to the medium-plus realm in the final stages. The cigar’s dominant flavors, though few, were also well-balanced from top to bottom. Retrohales were smooth with a gingerbread-like component and virtually no pepper in the mix. 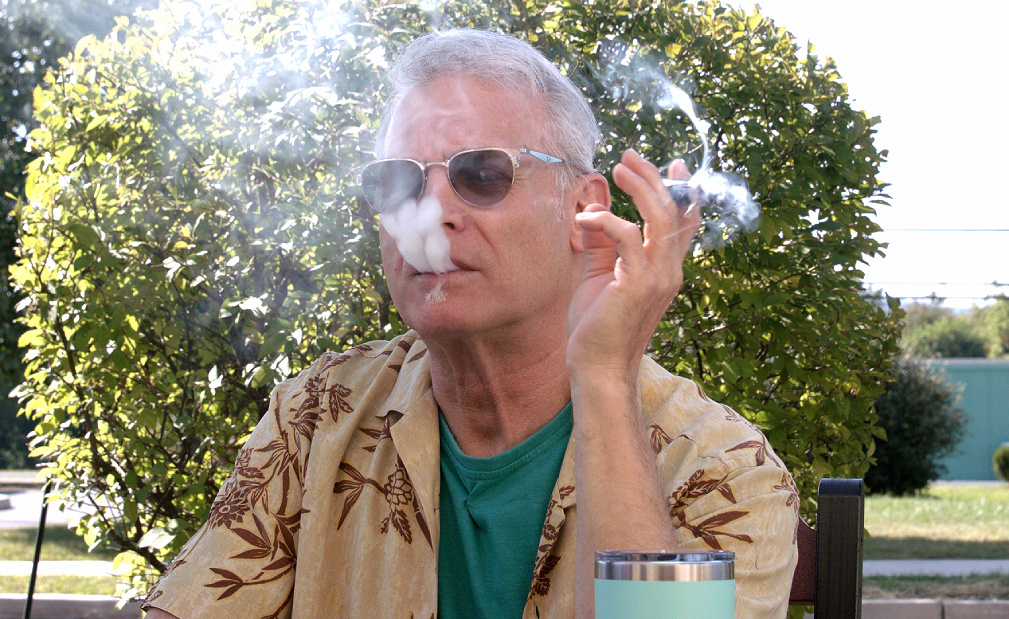 Cedar, gingerbread, and sweet tobacco, plus some interspersed notes of earth and leather.

Yes, but not overly so. What’s interesting is how the base flavors tended to exchange places in a one-up, one-down pattern as the cigar smoked. For example, the sweetness would fade, replaced by cedar, while later on, the cedar would drop, replaced by gingerbread, and so on. This kept the smoke intriguing and a little more entertaining. 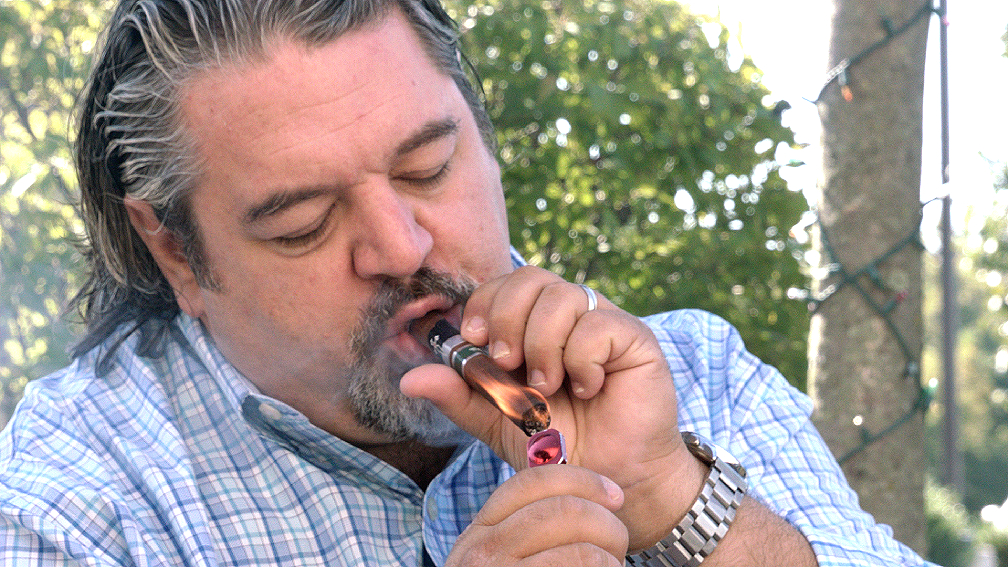 John suggested an Irish whiskey like Tullamore D.E.W, or a good red wine as opposed to the usual Bourbon or Single Malt fare. Agreeing on red wine, I think a Cab would go nicely, or even good Malbec or Spanish Rioja. My liquor pairing would probably lean toward something like a long-aged, dark rum like Zafra.

John and I agreed that a cigar smoker with a fair amount of experience who wants to try something off the beaten path. Reason being, this is a limited edition boutique cigar with a proprietary wrapper, so it’s not your typical Nicaraguan. Add that the body and strength are closer to medium than full, plus the well-balanced flavors, and you don’t have to be a pro to appreciate this blend. It may even open your eyes to some of the other better-made boutiques on the market.

Yes. Especially if you’re a boutique cigar fan and a collector of limited edition cigars. The Crux Limitada Gunner 2019 will only be available for so long, and the box of 10 usually comes out to well below the $9.99 MSRP (at press time) per cigar. Since this is the first Gunner in the line, it will be a rare catch once it’s sold out. Besides, the 2020 may be completely different. Finally, I think this cigar will improve well with additional home aging time.

Read More
Cigar Lifestyle
Football fans, watching or tailgating at a game calls for some hardcore cigar relaxation. But how do the pros do it? Here are eight of the greatest former football players who smoke cigars - and a few of their coaches - who share your love of the leaf.
Read More