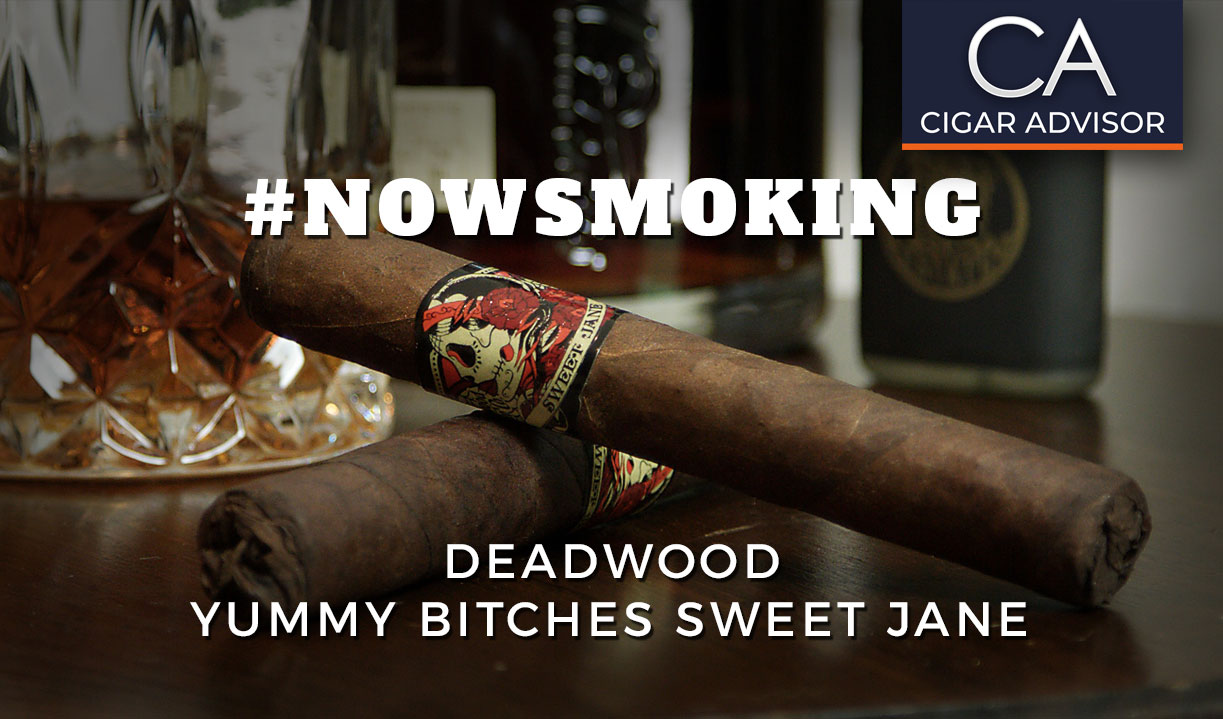 The Deadwood Cigars Back Story

Cleverly cultish and hotter than a Harley’s tailpipe, the Deadwood Yummy Bitches are one of the most exciting things to happen to Deadwood, South Dakota since the Sturgis Motorcycle Rally hit town back in 1940. 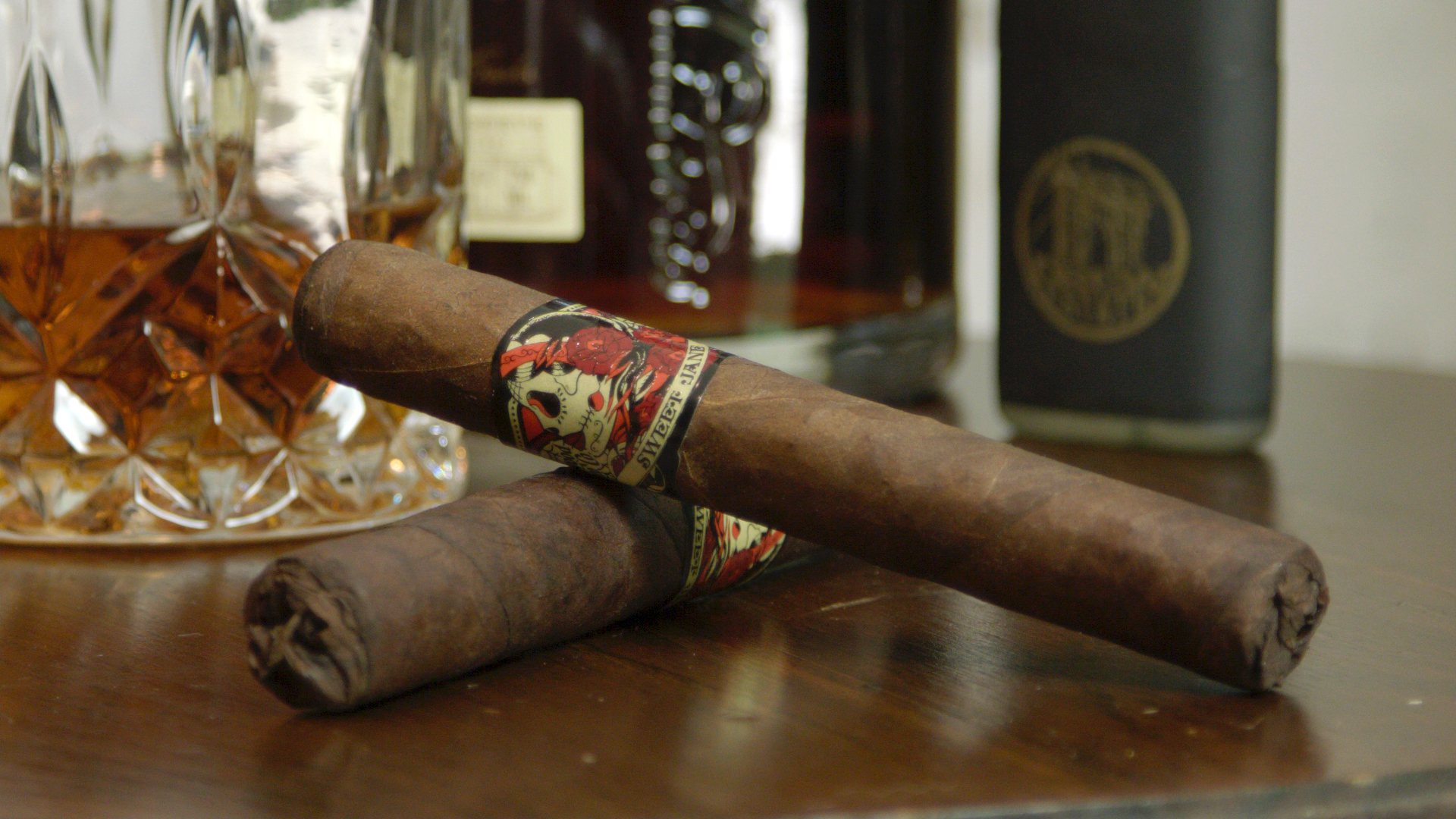 The line was created by Vaughn Boyd, owner of Deadwood Tobacco Co. Boyd is a veteran of the retail side the business. She spent 20 years running Boyd’s Tobacco in Paso Robles, California, before returning to her family’s home state of South Dakota in 2006 to found the Deadwood Tobacco Co. 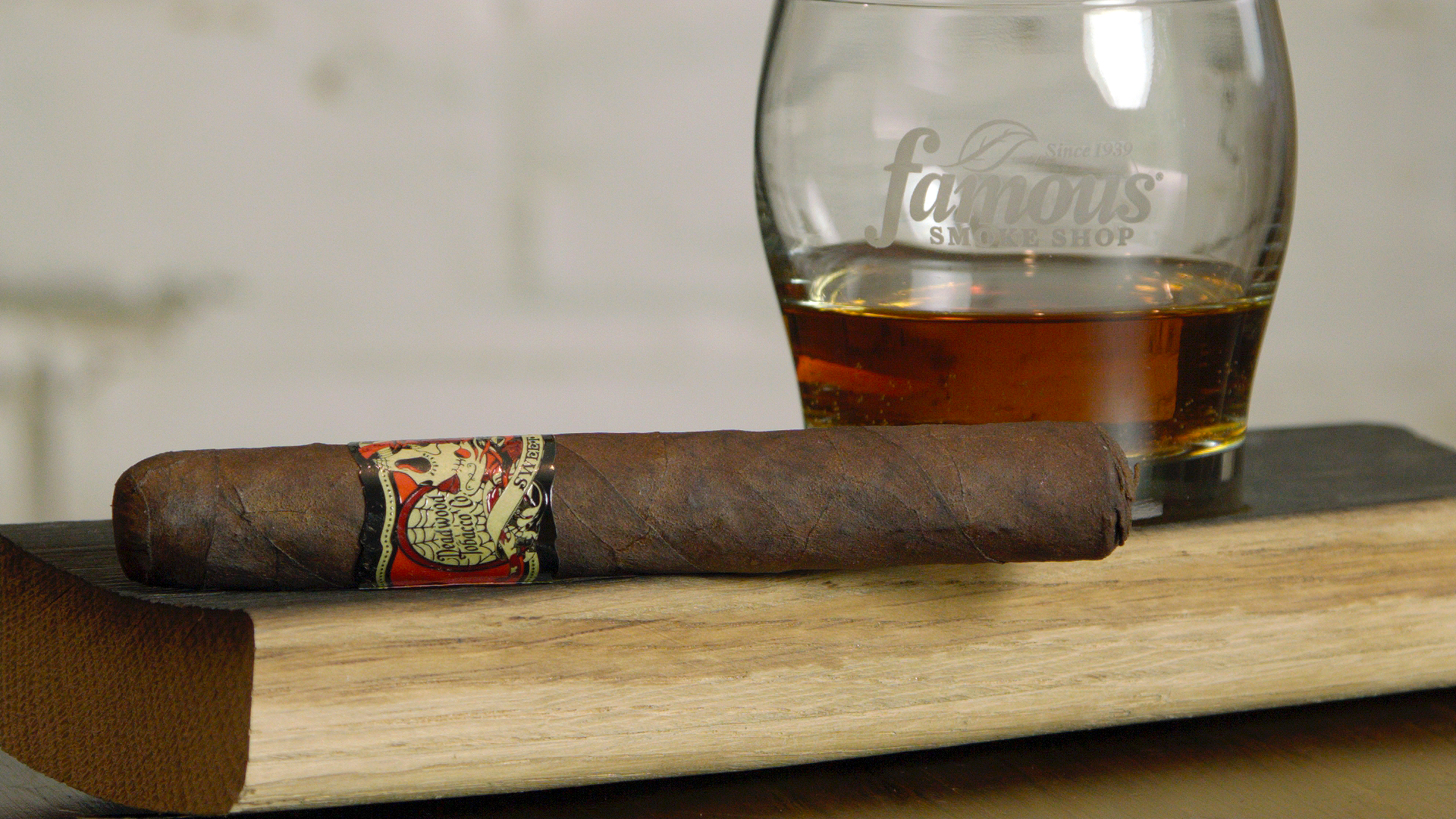 “I have been self employed my entire life in the working world,” says Boyd. “My favorite of all business adventures has been in the tobacco industry.” 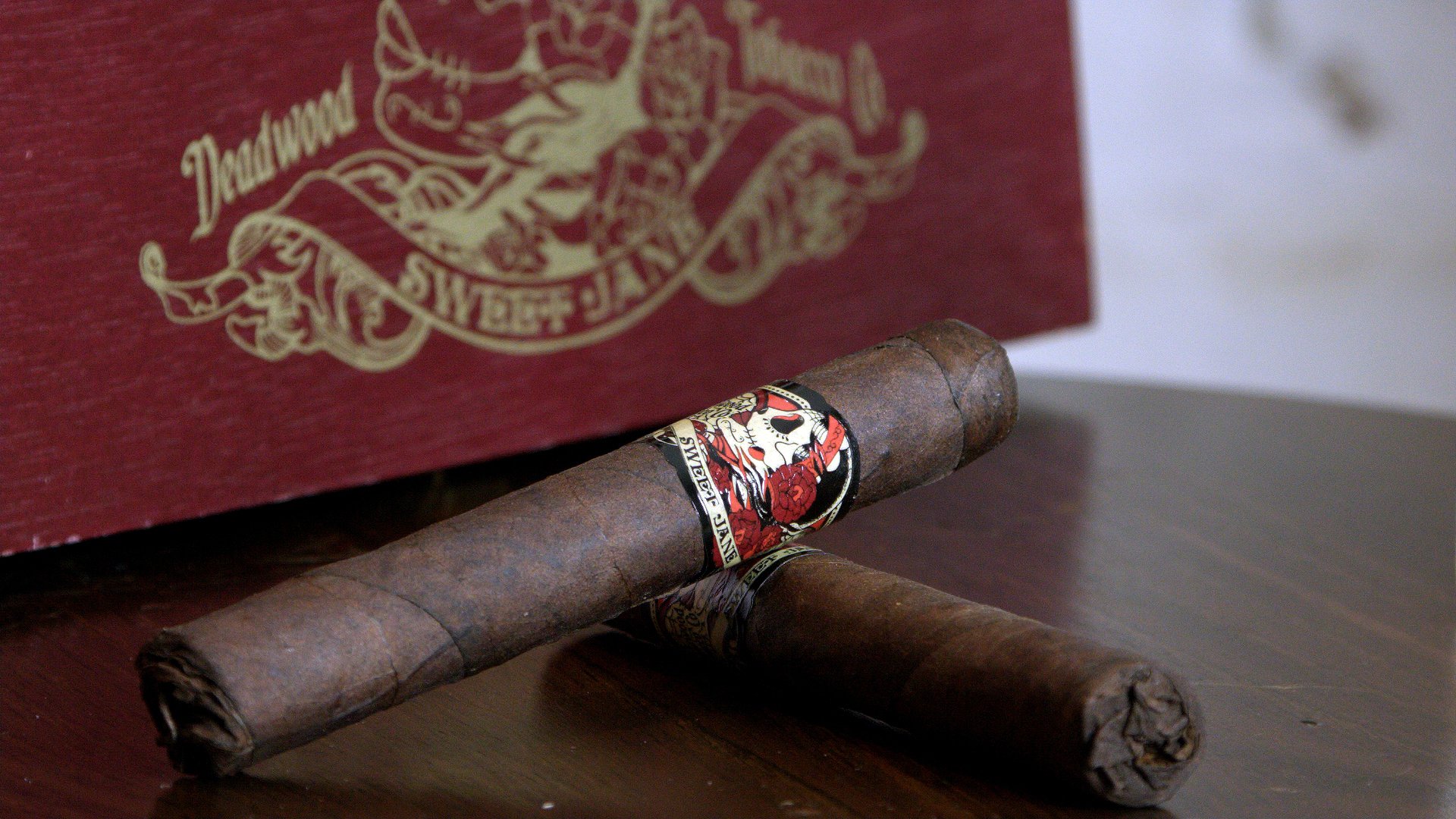 And she couldn’t have found a more uniquely qualified factory to make her Deadwood Yummy Bitches than Drew Estate. All three frontmarks—Sweet Jane, Fat Bottom Betty, Crazy Alice, and Leather Rose—are rolled in a toothy maduro wrapper and blended with aromatic and exotic tobaccos that bring out the natural sweetness of the cigars. 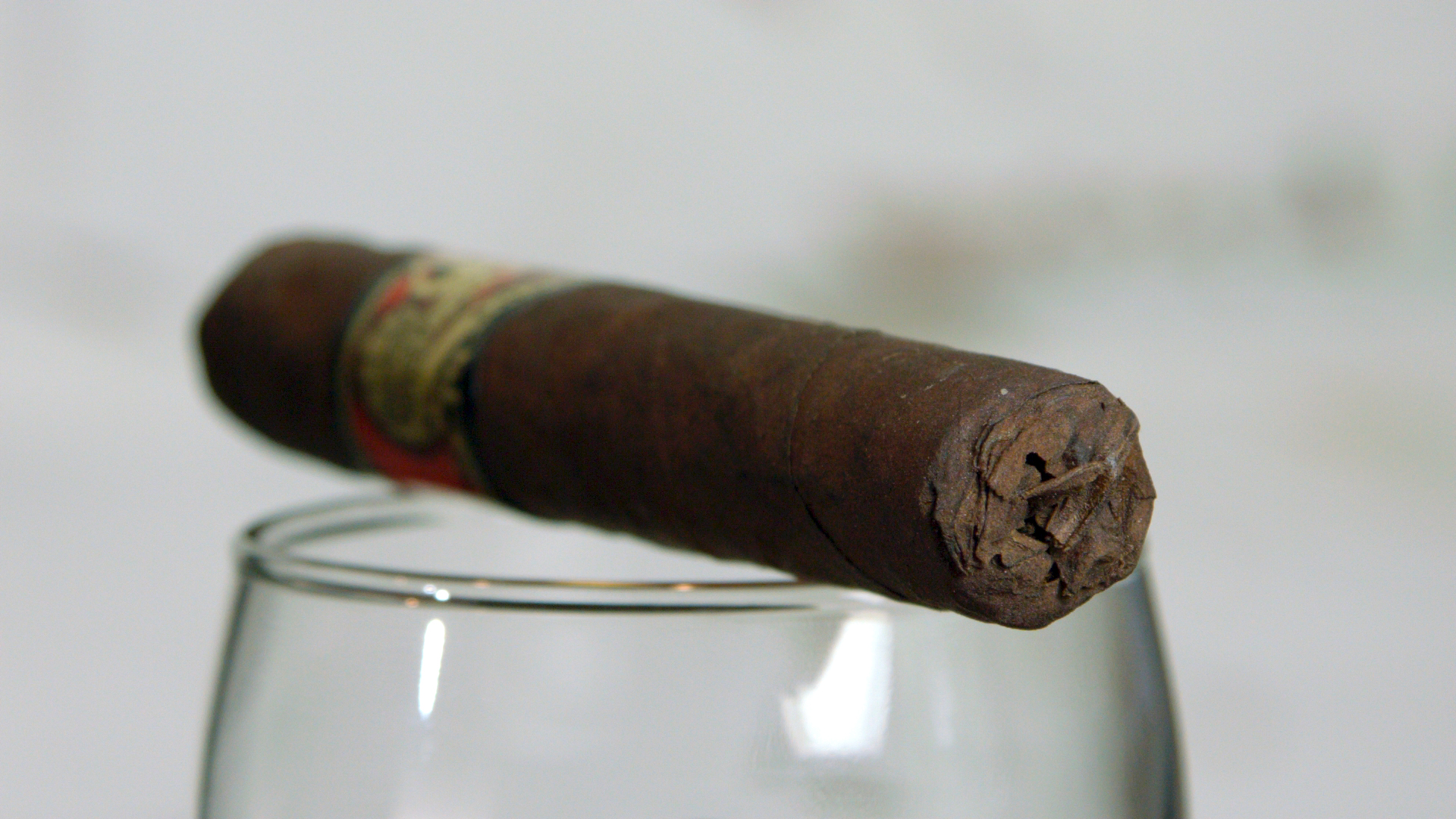 “It brings me extreme happiness to see our Yummy Bitches on retail shelves across the country,” adds Boyd. And she ought to be. Her Deadwood Yummy Bitches are among the top-selling cigars in their category, often selling out almost as fast as they arrive.

Construction: Excellent. The wrapper is a bit rustic, but even in color with an oily sheen and some excellent tooth. The cigar is closed at the foot, and the cap, which is a bit flat, is unusual in how it wraps around the head like a beach towel. Jane is pretty well packed and the head is applied with a sweetener.
Cold Draw: Chocolate licorice.
Toasting and light: The closed foot aids in getting a good start, but if the cigar is a bit moist, you may have to give it some extra attention.
Base flavors: Sweet earth, sweet tobacco, cinnamon.
Aroma: A sniff of the foot reveals a light chocolaty scent.
Retrohale: Spicy.
Burn & Ash: Excellent.

Jane’s a bit crude in appearance, but that’s kind of how she likes it. So, let’s start at the top. The head has a pretty fair amount of sweetener on it. I’ve already made it known that I’m no fan of this sweetener, mostly because it takes a while for it to fade. It just seems to get in the way of everything else for me. Then again, the cigar is called Sweet Jane. So, enough on that. Let’s get to the good parts. 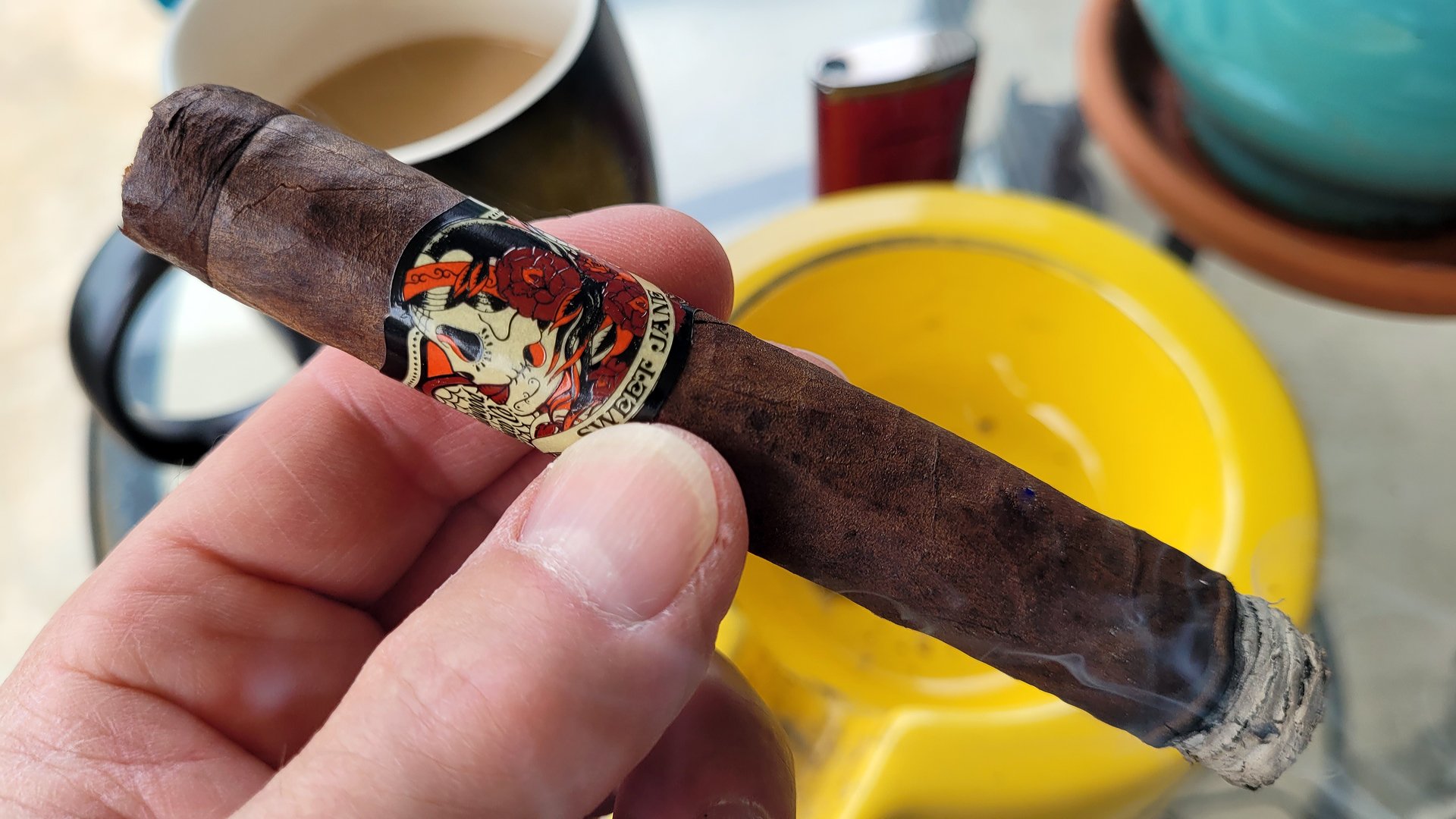 The initial puffs are sweet and mellow. And like a lot of Drew Estate cigars, Jane puts out a chimney’s worth of smoke. The ash is mostly grey and forms nicely. As far as the flavors go, I definitely tasted some of that earthy Nicaraguan flavor, but it’s mostly sweet tobacco. The body and strength were definitely on the mellow side. The flavor profile was just mellow and sweet at this stage, and I liked it. I think I can see why this cigar is popular. It’s very easy to smoke and very light, which would make it appealing to those who don’t smoke cigars all that much, and even those who have never smoked a cigar. 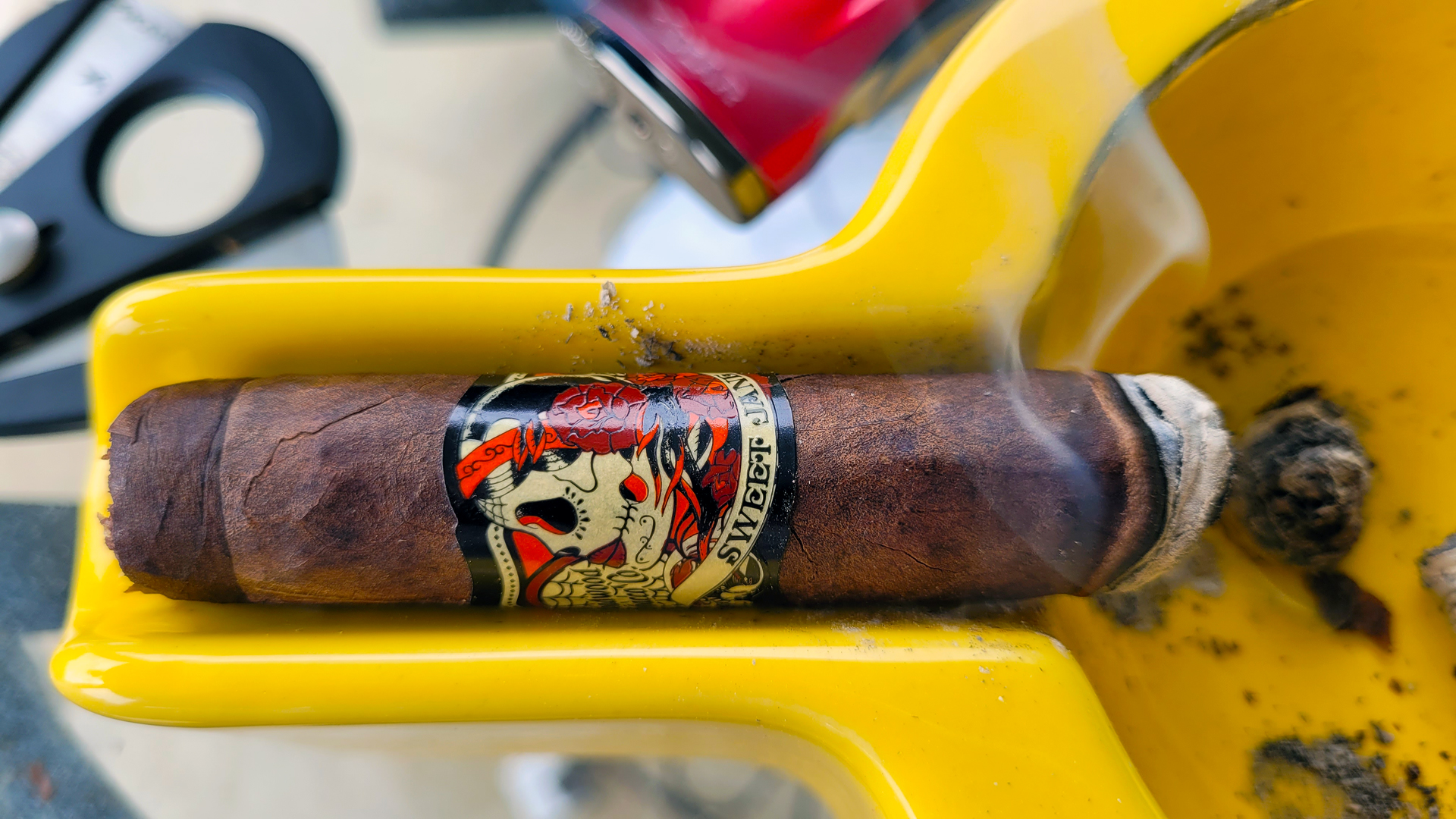 The ashes on the cigar are pretty impressive too. At one point I intentionally tapped the cigar harder and the ash didn’t budge. The cigar is still just very sweet with that lingering layer of sweet earth. There’s so much sweet tobacco in here it’s like smoking a nice big candy bar. Retrohales were spicy, but not intense. 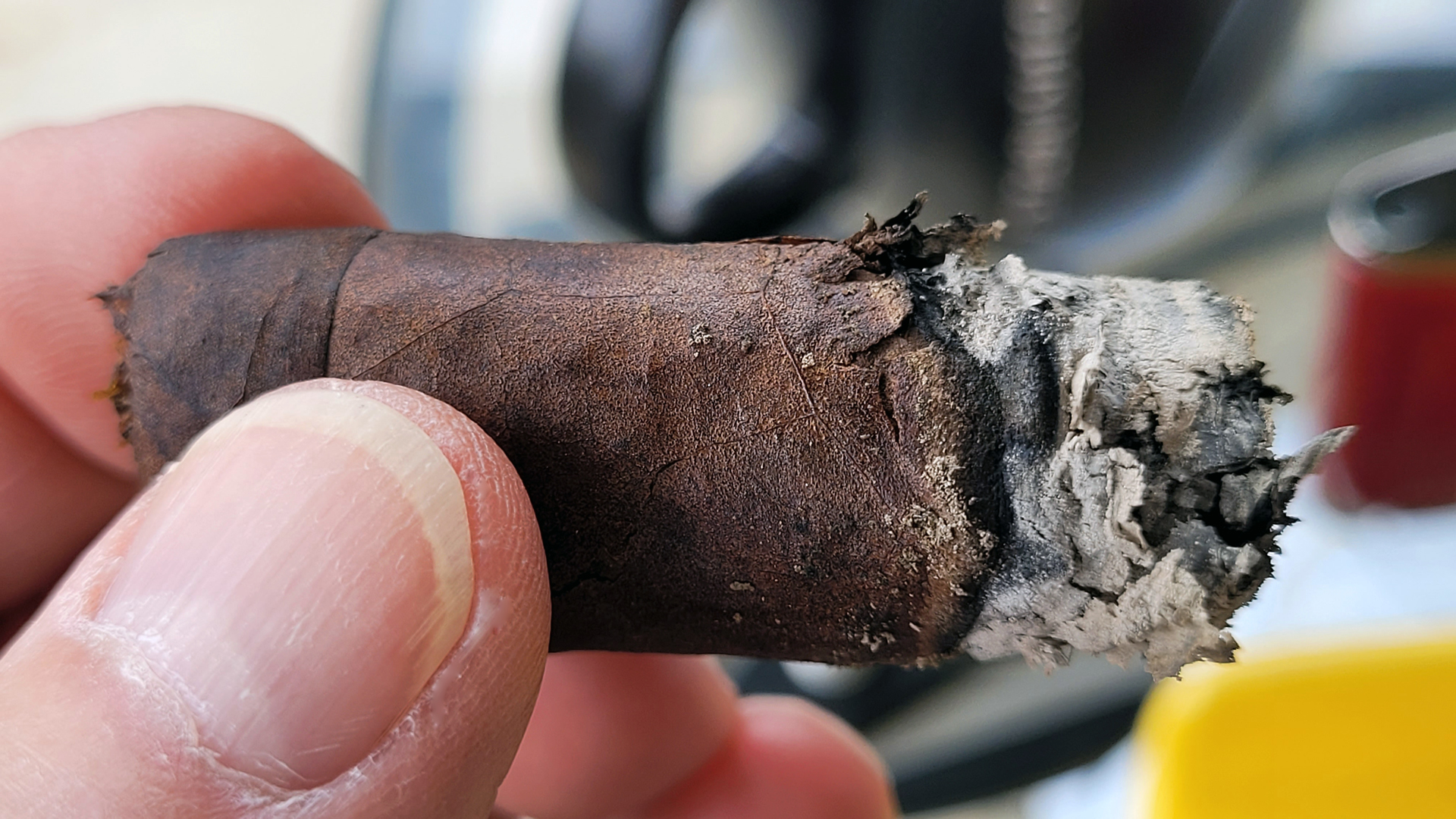 No major changes arrived here, but the smoke was decidedly spicier on the finish, with a hearty cinnamon-like snap. Then another surprise—a delicate hint of vanilla is present on the finish, too. All-in-all, an enjoyable and relaxing smoke that was a nubber for me.

What pairs best with the Sweet Jane? 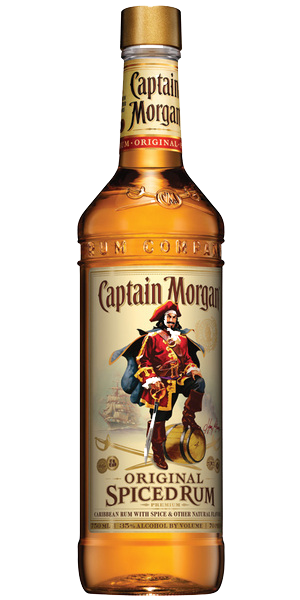 Captain Morgan Spiced Rum is a smooth, medium-bodied spiced rum with subtle notes of vanilla and caramel that you can pair with your Sweet Jane over ice, or mixed as a cocktail. If you want to counter some of Jane’s sweetness, you might want to go with a more traditional dark rum or a good bourbon rye.

I never thought I’d be saying this about a cigar, but Sweet Jane is a genuinely FUN cigar to smoke. No kidding. As I smoked it, I constantly found myself smiling. 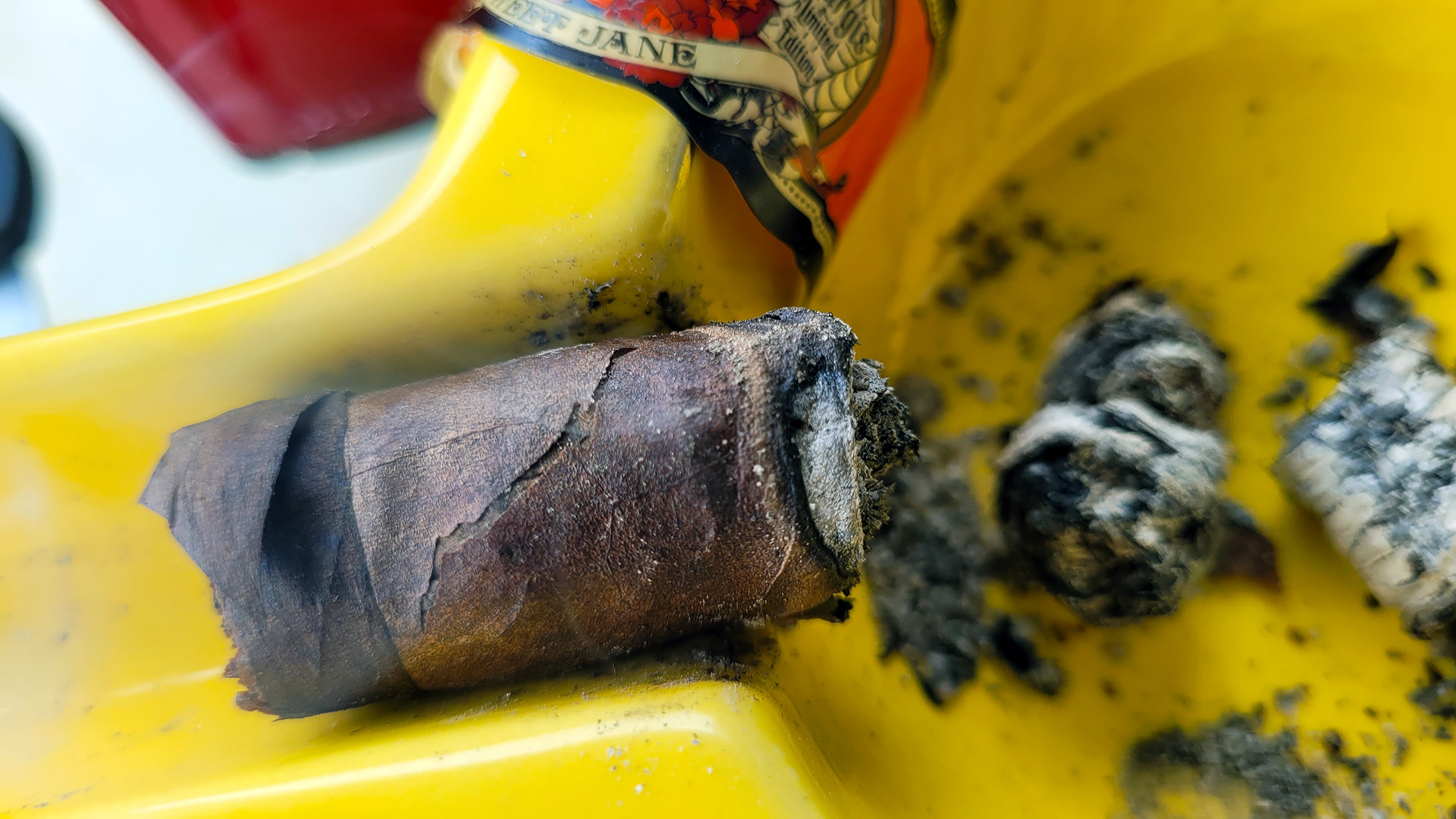 First of all, I like the concept of the entire line. I’ve also had the Fat Bottom Betty, which was similar in flavor, but Sweet Jane was one candy bar of a cigar. I wish I had picked up some of those chocolate notes; maybe next time. And even without the sweetened cap, whatever tobaccos they cobbled together for this blend seem to exude their own natural sweetness, not unlike the Larutan by Drew Estate cigars.

Jane sings a mostly one note song, but I like the song. Is it going to be my regular go-to? Probably not, but I am definitely coming back to it. (That’s if they don’t get sold out on me first.) So, I’m recommending it with the caveat: If you’re not into very sweet blends, Sweet Jane isn’t for you. However, I’ll bet that if you smoke Sweet Jane and like her, you’ll move on to Fat Bottom Betty, Crazy Alice, and Leather Rose.