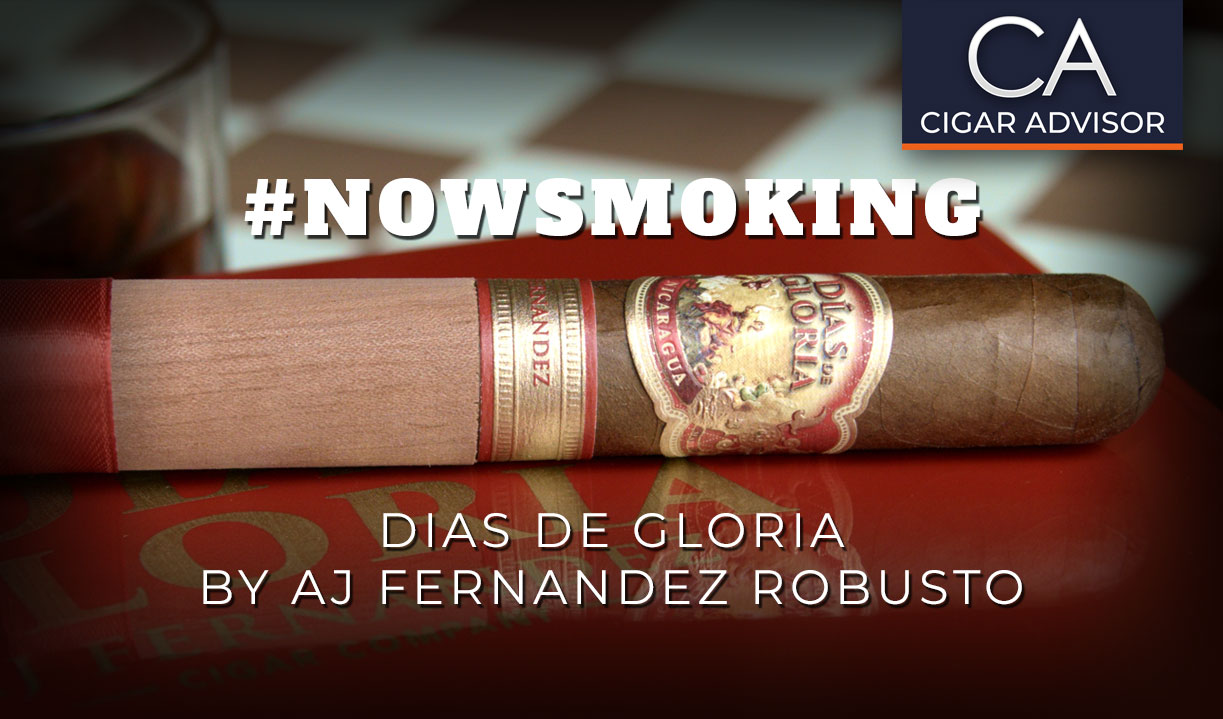 You can take the man out of Cuba, but it’s hard to take Cuba out of the man. Released just one year ago, the AJ Fernandez Dias de Gloria cigars selection is AJ’s homage to what he calls Cuba’s “glory days”—the days before Fidel Castro’s Revolution nationalized the Cuban cigar industry. Dias de Gloria was also a long-term pet project for AJ, but you won’t find any Cuban tobacco in the blend. Since the line is a tribute to the golden age of Cuban cigars, it would probably be of little use. So, AJ turned to the source he knows intimately—four of his estate farms in Estelí, Nicaragua: Finca los Cedros, La Providencia 1, La Lilia, and La Soledad.

“These are the four oldest farms I own,” said AJ, “and I’ve been setting aside tobacco from each farm and aging it for years for this blend. I want everyone to enjoy it like the glory days of old Cuba.”

Plus, as every great cigar maker knows, the hands of time are what determine when the tobaccos are ready. To that end, AJ also noted that some of the tobaccos in Dias de Gloria have been aged as long as seven years.

In addition to the 5½x52 Robusto reviewed here, Días de Gloria is made in three other shapes:

Each size is also presented in attractive boxes of 20 cigars in cedar sleeves. 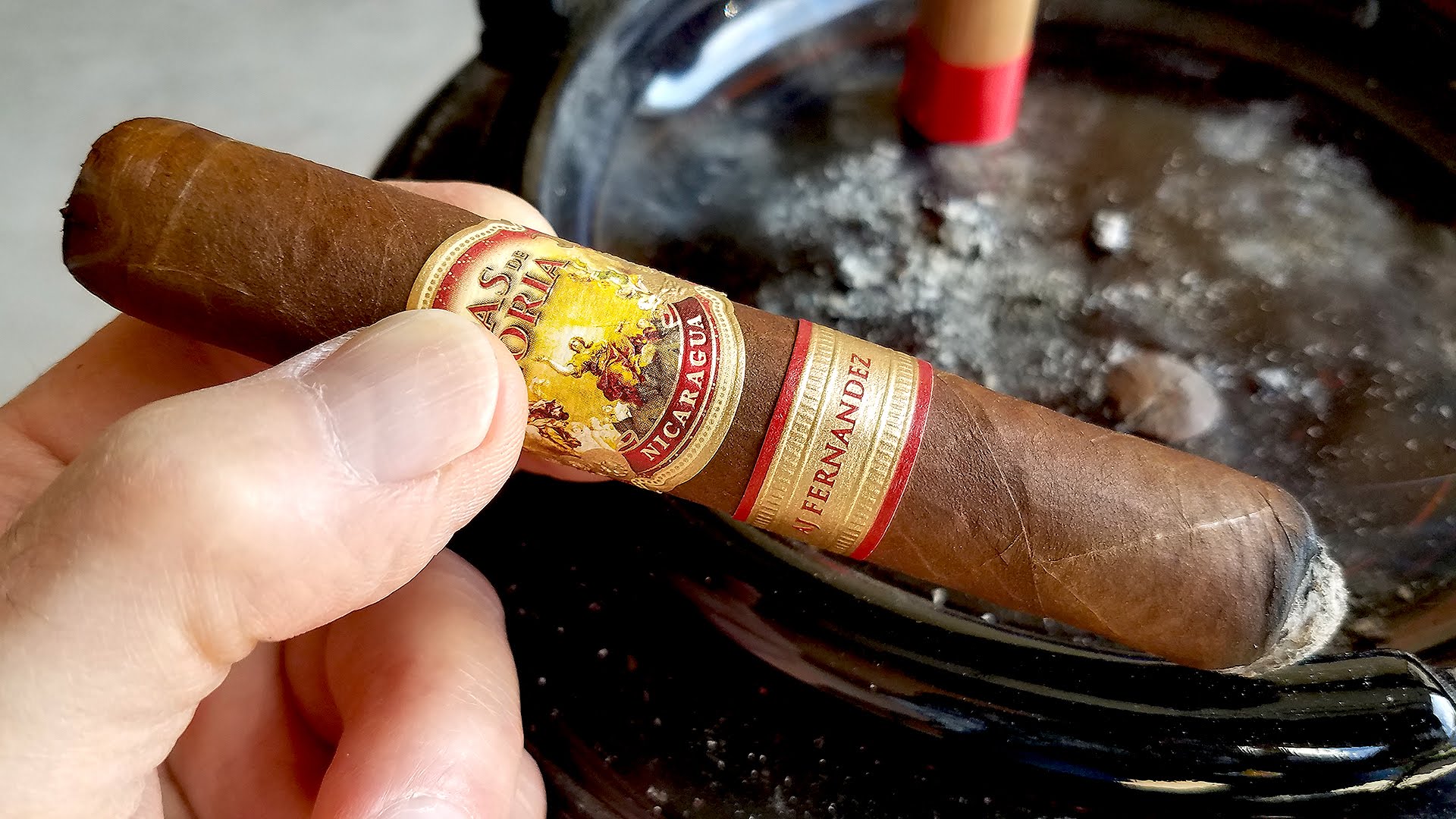 Masterfully. (When you’ve waited this long to make a cigar that symbolizes Cuba’s glory days, it ought ‘a be.) When removed, the protective cedar sleeve revealed a well-packed cigar seamlessly rolled in a rich-looking Habano wrapper, and finished with a practically invisible triple seam cap. (Upon closer inspection, I wasn’t able to confirm if the cigar was rolled using the entubar method or not.) A sniff of the foot revealed a leather and woody note. When clipped the draw was perfect and also offered a mix of leather, cedar, and sweet tobacco.

While lighting, I got a short smack of sweetness, but it wasn’t until the entire foot took to flame that the familiar up-front shot of pepper hit me. These early puffs were a combination of pepper, earth, and cedar. Rounding off fairly quickly, the smoke was dense and creamy, while revealing less pepper and more sweetness as it progressed. An early retrohale was peppery but not overpowering, while a later hit was pleasant with a woodier flavor. 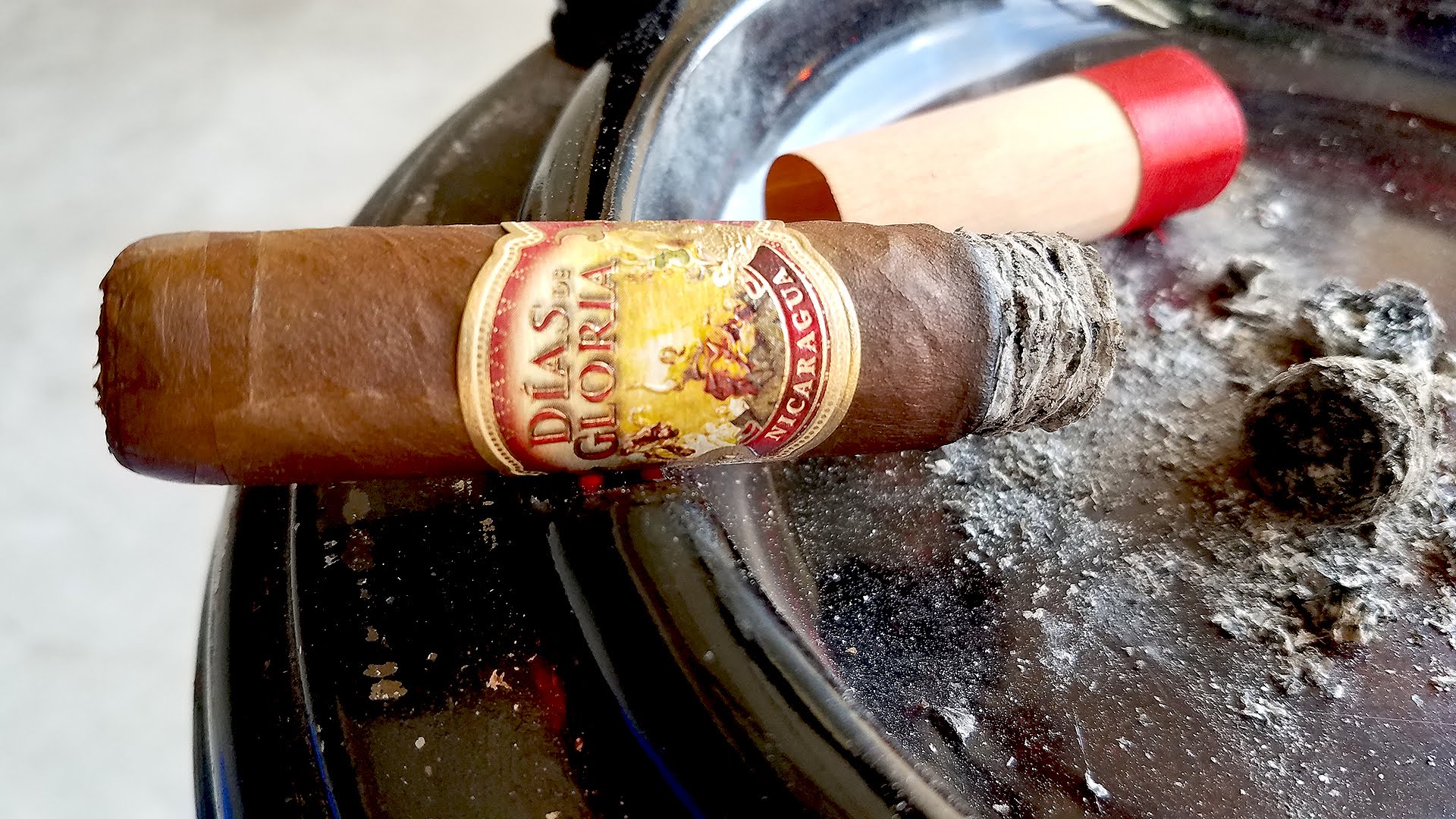 As for the burn, it was even throughout exposing a firm grey ash.

By act two, the cigar was a freight train stoked by well-balanced flavors of leather, earth, cedar, sweet spice and a gasp of peppery spice. All-in-all, highly consistent and flavorful, even when you cross into nub territory.

Tres Nicaraguan! Full-flavored and full-bodied. Moderately complex, as the flavors were well-defined and kept in close proximity to each other.

Bourbon was the order of the day for this vitola. Pairing my Dias de Gloria Robusto with Woodford Reserve and a little ice made a happy marriage. I also think a good single malt scotch would do well. And since this cigar is all about Cuba Vieja, something on the order of a Havana Club Mojito or Cuba Libre would certainly be welcome. 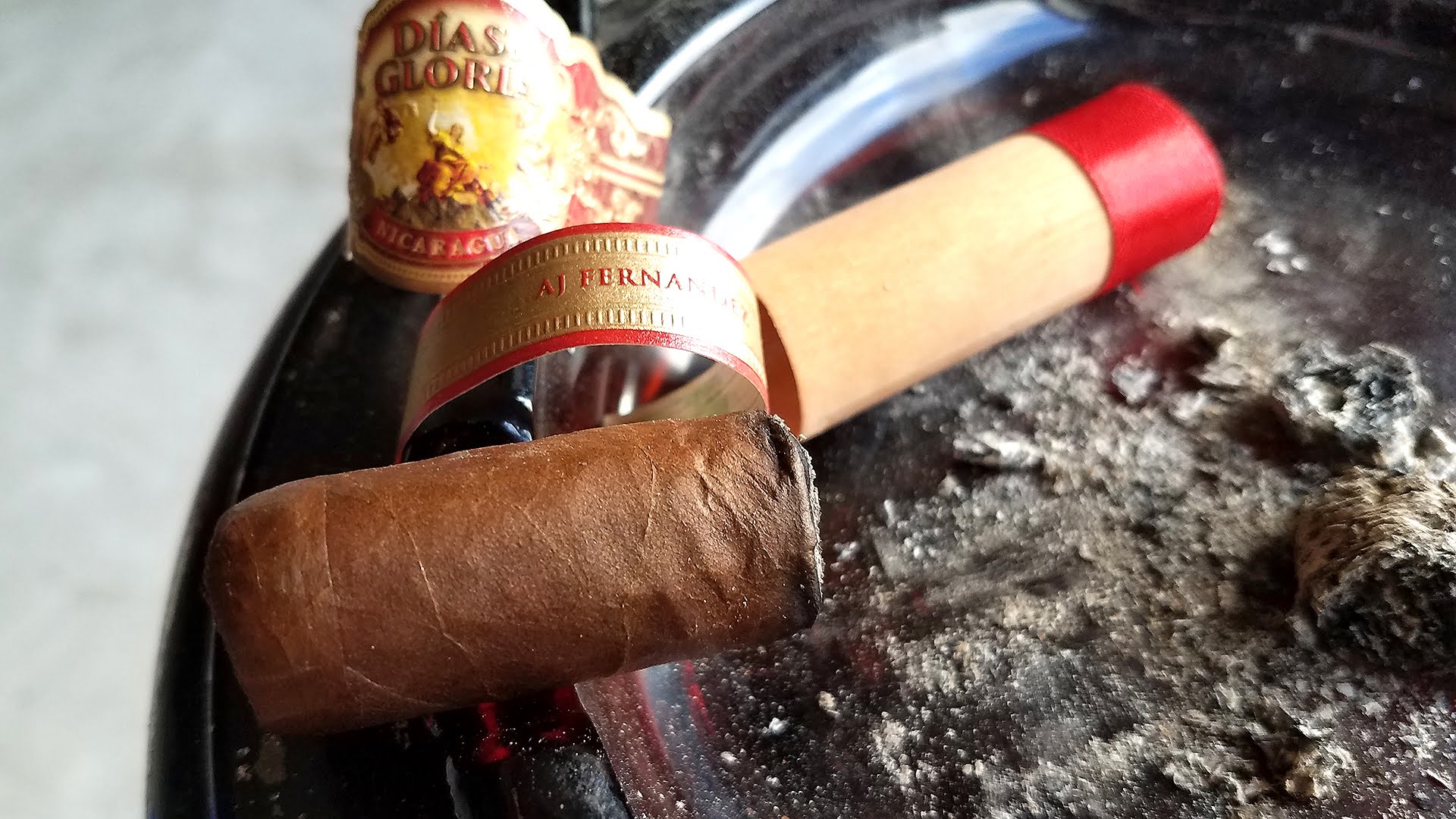 You can find more cigar and drink pairing combinations here.

Without a doubt. Definitely for more experienced cigar smokers, especially those who love hearty Nicaraguan puros, and of course, for AJ Fernandez disciples the Dias de Gloria Robusto checked all the right boxes. I’m looking forward to having this one again in the not-too-distant future.

Reading Time: 9 minutes Ready to step up to 10 cigars that’ll kick your ash from here ‘til Tuesday? Here’s our picks for the top strong cigars that you need to smoke at least once – bonus points, if you can finish all 10.

2020 CA Report: 10 Top Boutique Cigars You Should Be Smoking