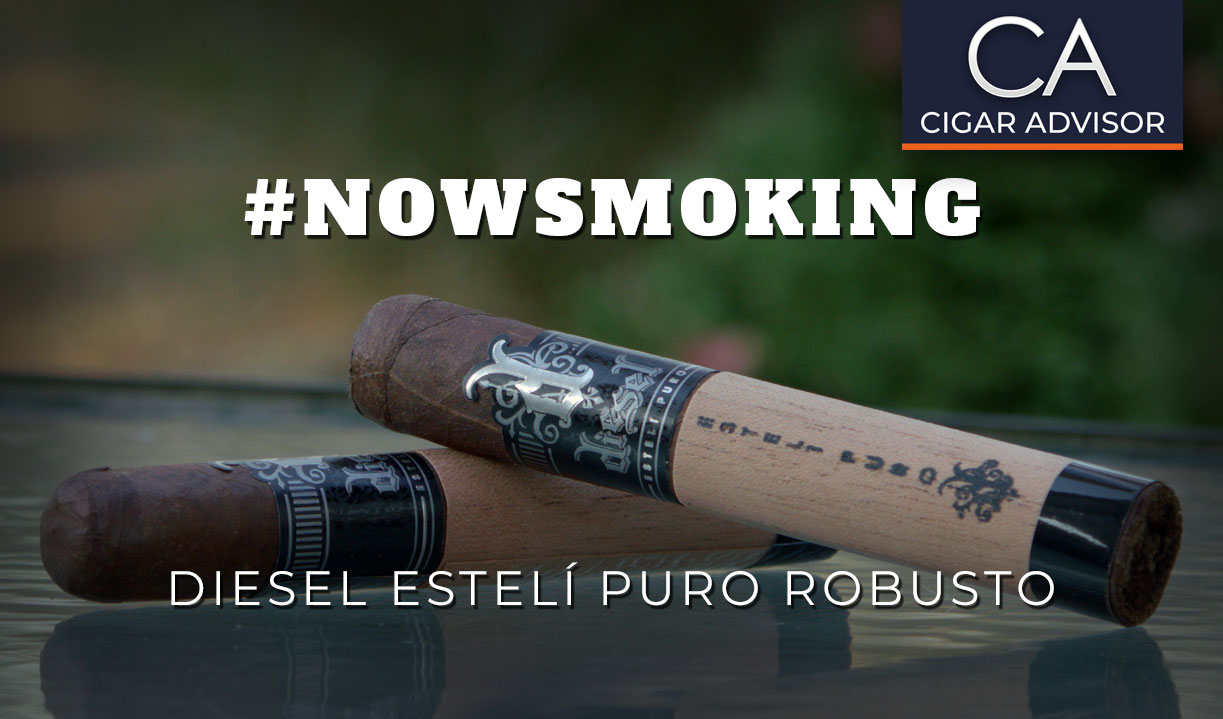 Diesel Estelí Puro are a full-production core line that spotlight the strength and complexity of Estelí’s renowned tobacco which comes from the darkest and most dense of Nicaraguan soils. More specifically, the tobaccos that have been hand-selected from AJ Fernandez’s farms as chosen by the Diesel team. The wrapper was harvested from La Lilia, the binder from San José and the fillers from several plots including AJ’s celebrated San Lotano farm. 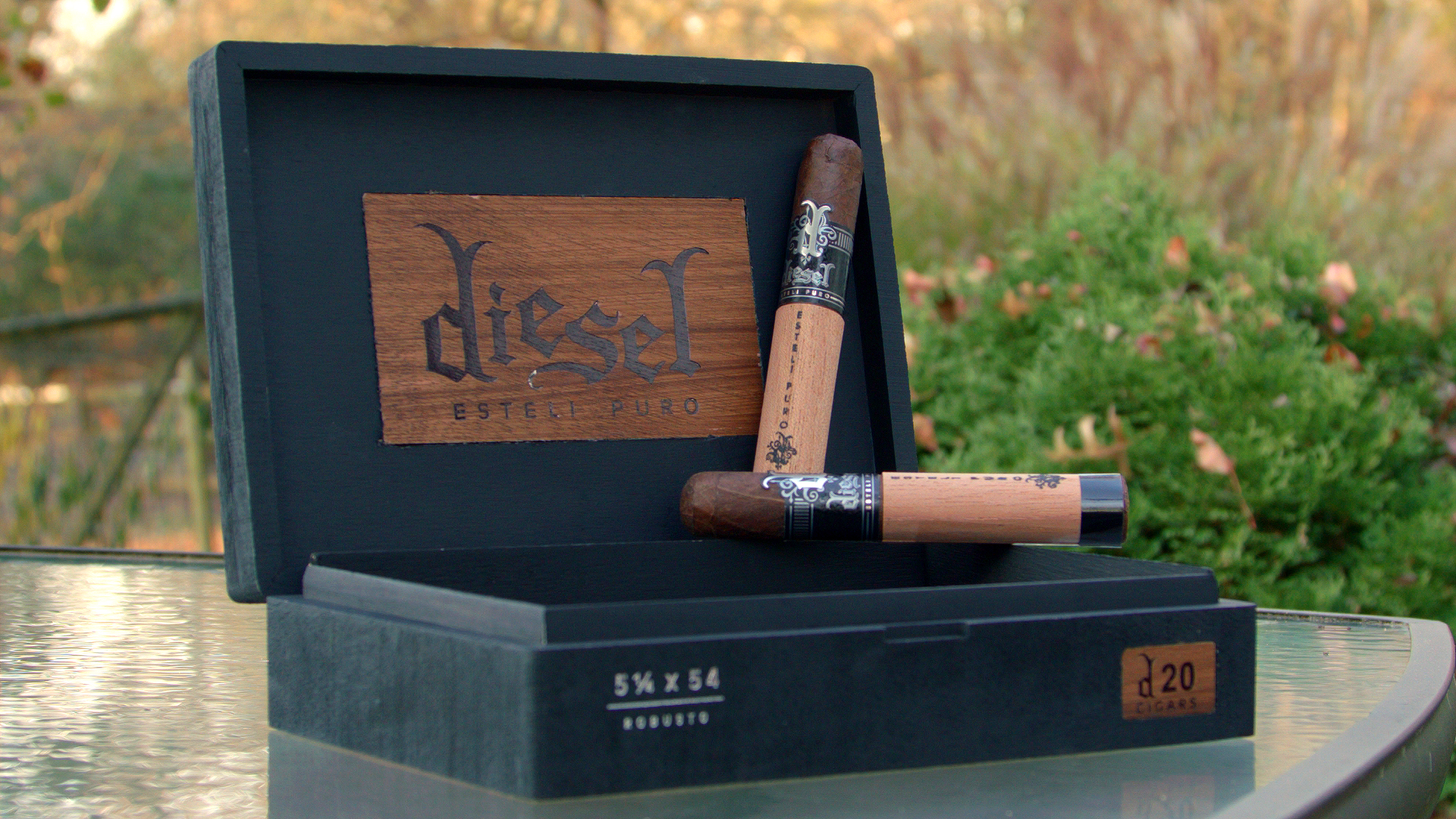 Senior Brand Manager Justin Andrews, who helped develop the line said: “Estelí Puro represents the future of Diesel in that the story of the blend is told by the tobacco itself. With Estelí Puro, we made a collection that is completely unique in its bold flavor profile, yet has many of the attributes that have made the other Diesel expressions a cigar of choice among dyed-in-the-wool smokers. This is a cigar that demands the smoker’s full attention with deep and balanced flavor, a strong presentation and an attractive price point.”

The Diesel Estelí Puro selection is presented in three popular shapes in boxes of 20 cigars with a per/cigar MSRP under $10.00 (U.S.) 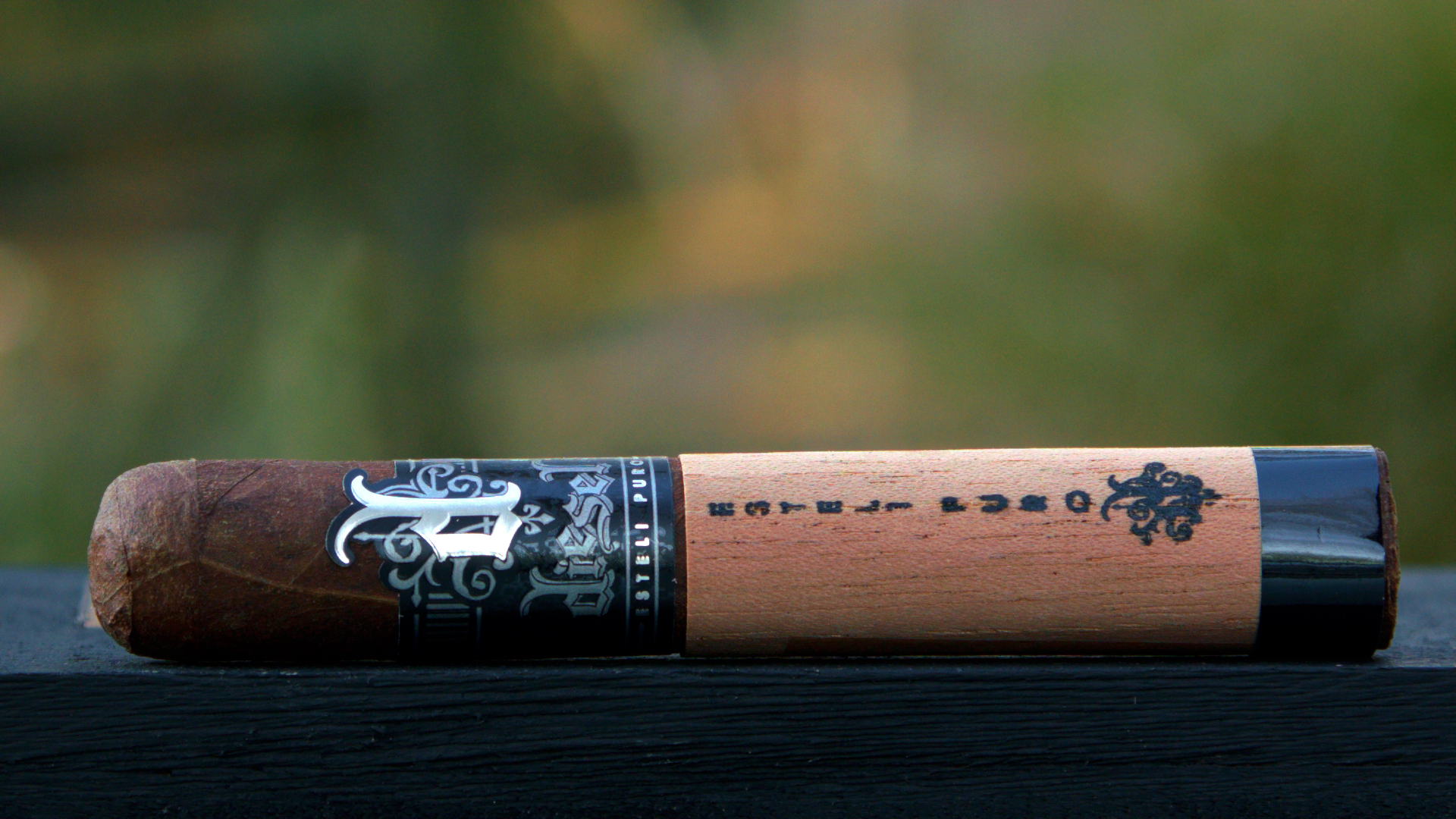 As a showcase for some of his best tobacco, I think AJ wanted to make this cigar as perfectly as possible. The cigar is presented in a cedar sleeve to protect the dark, oily Habano wrapper (at a glance it looks like a Sin Compromiso).  It’s even in color, a bit veiny in appearance, but that gives it character. The body is firm and well packed, the triple cap is well applied, and after clipping reveals a combination of leather and cedar on the cold draw.

The Diesel Estelí Puro Robusto opens with a bang—very peppery with some cedar-ish woodiness and leather in the mix. However, it doesn’t take long for the cigar to round out into a very smooth, yet hearty and well-balanced cigar with a chimney-full of dense, spicy smoke. The flavors at this point were primarily earth, leather, cedar, black pepper, and a thin ribbon of sweet tobacco. Not bad. 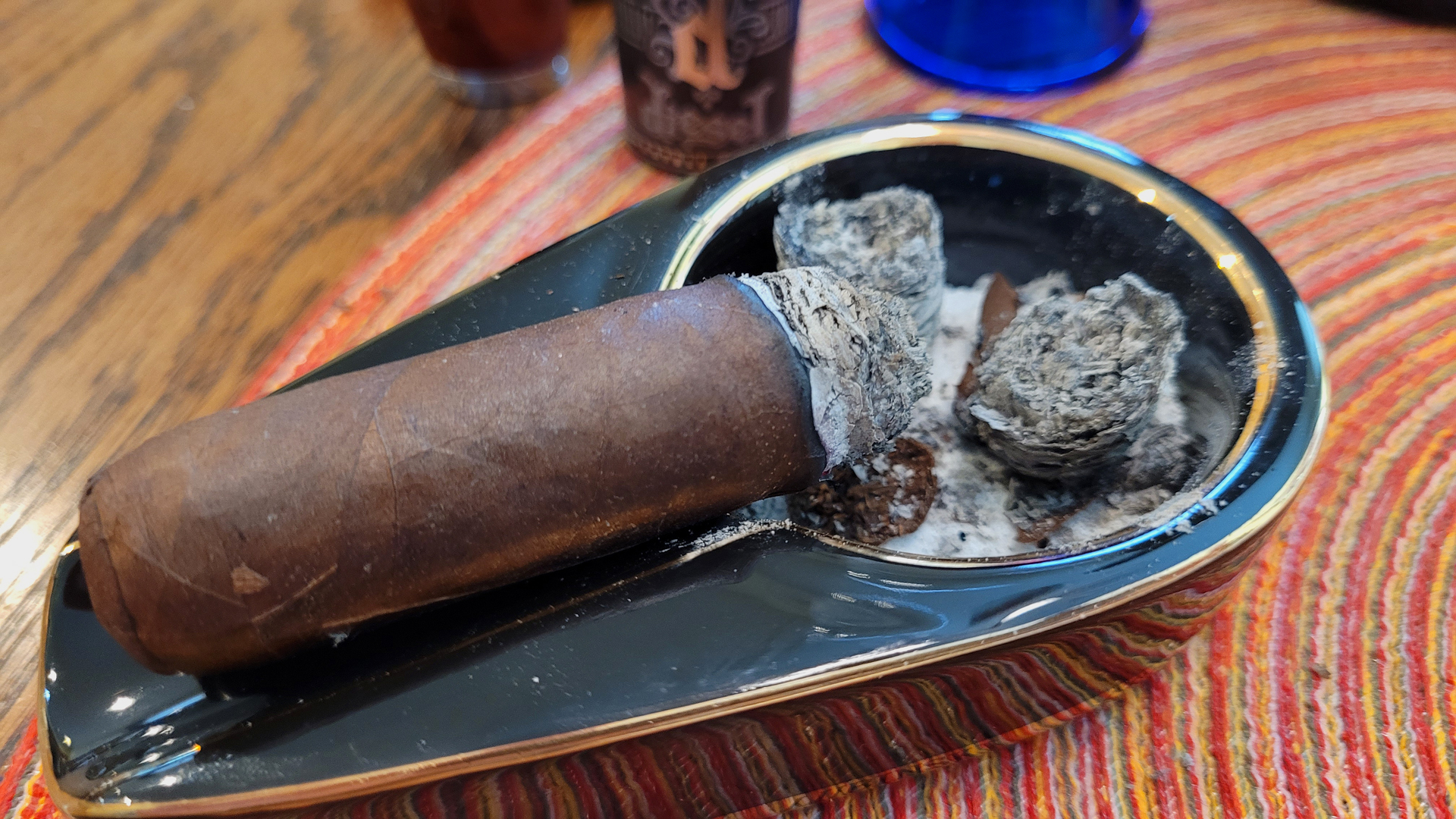 Earth, leather, and black pepper dominated, with a heady, spicy aroma, lending more body and dimension to the cigar. The dense smoke coming off the cigar after each puff continued, and I noticed how well and evenly this cigar burned, too. The flavors at this point were that of loamy earth, leather, cedar, and a hint of tart fruit. The smoke was smooth, creamy, and not very overpowering, but I could tell this was a hearty cigar headed for Boldsville, and probably best suited for the more experienced cigar smoker.

An excellent smoke throughout. My retrohales didn’t produce much flavor, just a little spice. To this point, very smooth, bold, and flavorful, with primary flavors of loamy earth, leather, cedar, black pepper, and various spices. It also didn’t get any bolder or turn bitter in the final inches. 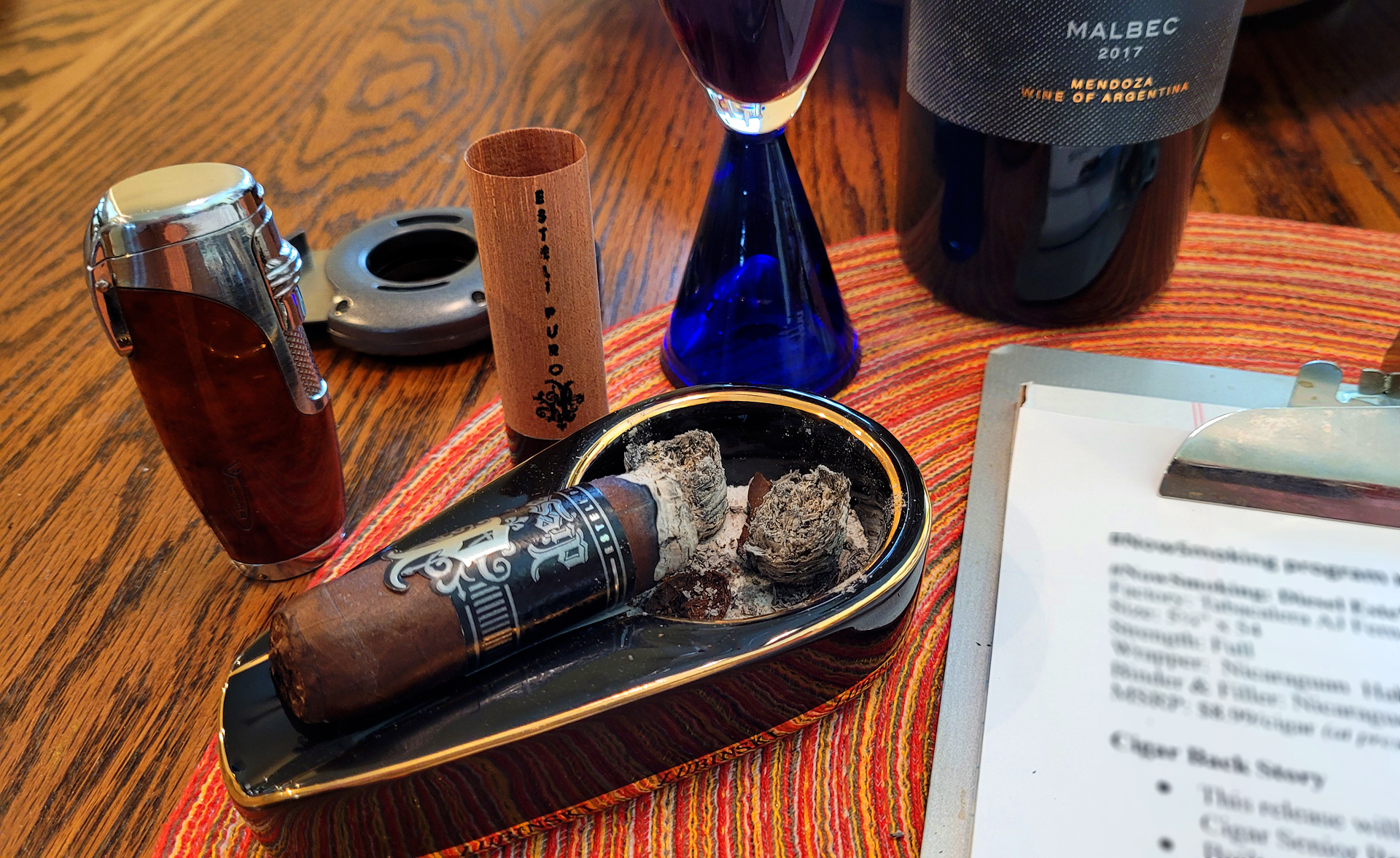 I returned to the Ruca Malen Malbec wine from Argentina, and discovered this made a nice match thanks to the fruity flavor and subtle spice of the wine. Sure, a good sweet bourbon will also suffice, but I’m getting used to breaking up the whiskey pairings with some good wines. 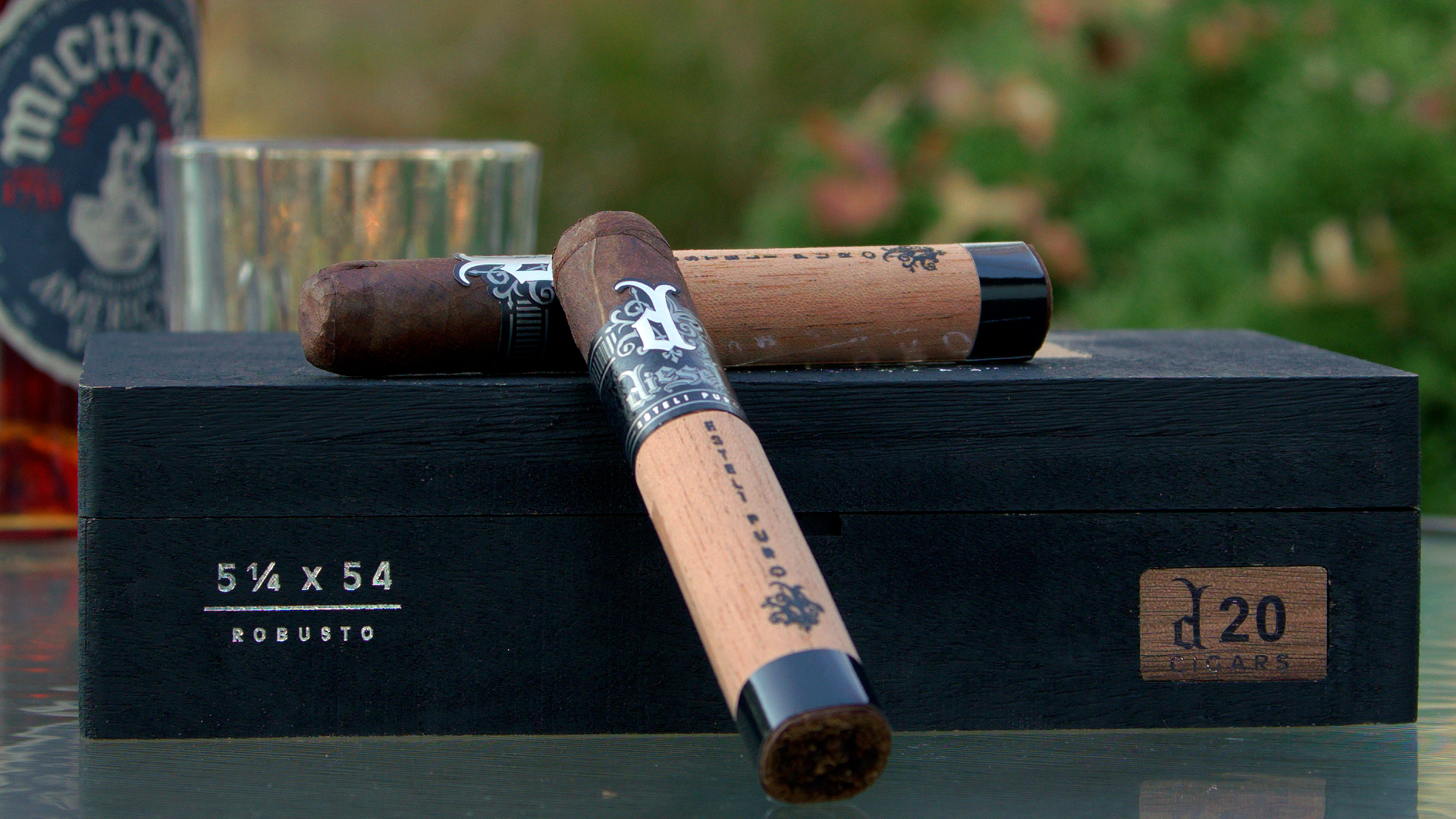 This Robusto really impressed me for such a hearty, spicy smoke. It was consistent in flavor, burn, and character, with some interesting change-ups along the way. I expected it to be very spicy like many of the other Diesel marcas, and it started out that way. But you can tell these tobaccos are well-fermented and aged to produce such a smooth cigar without being overpowering or having a lot of bite. If you’ve grown accustomed to Nicaraguan blends with a spicy, peppery profile this Diesel is THE BOMB. It’s not exactly for rookies, but I wouldn’t dissuade them from going for it, based on its smooth and creamy nature.